Mount Wutai 五台山: Visit the Most Sacred Site of China 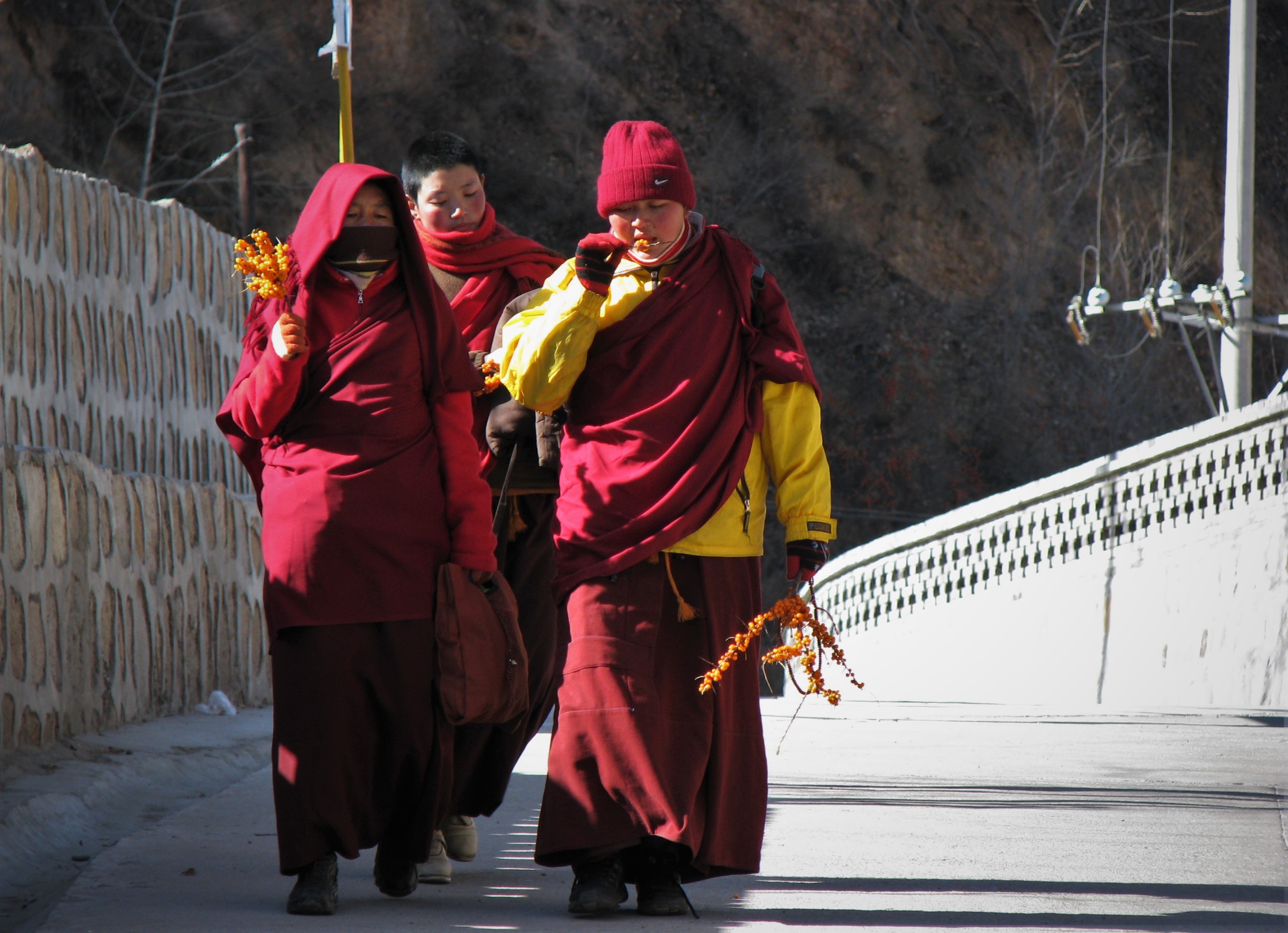 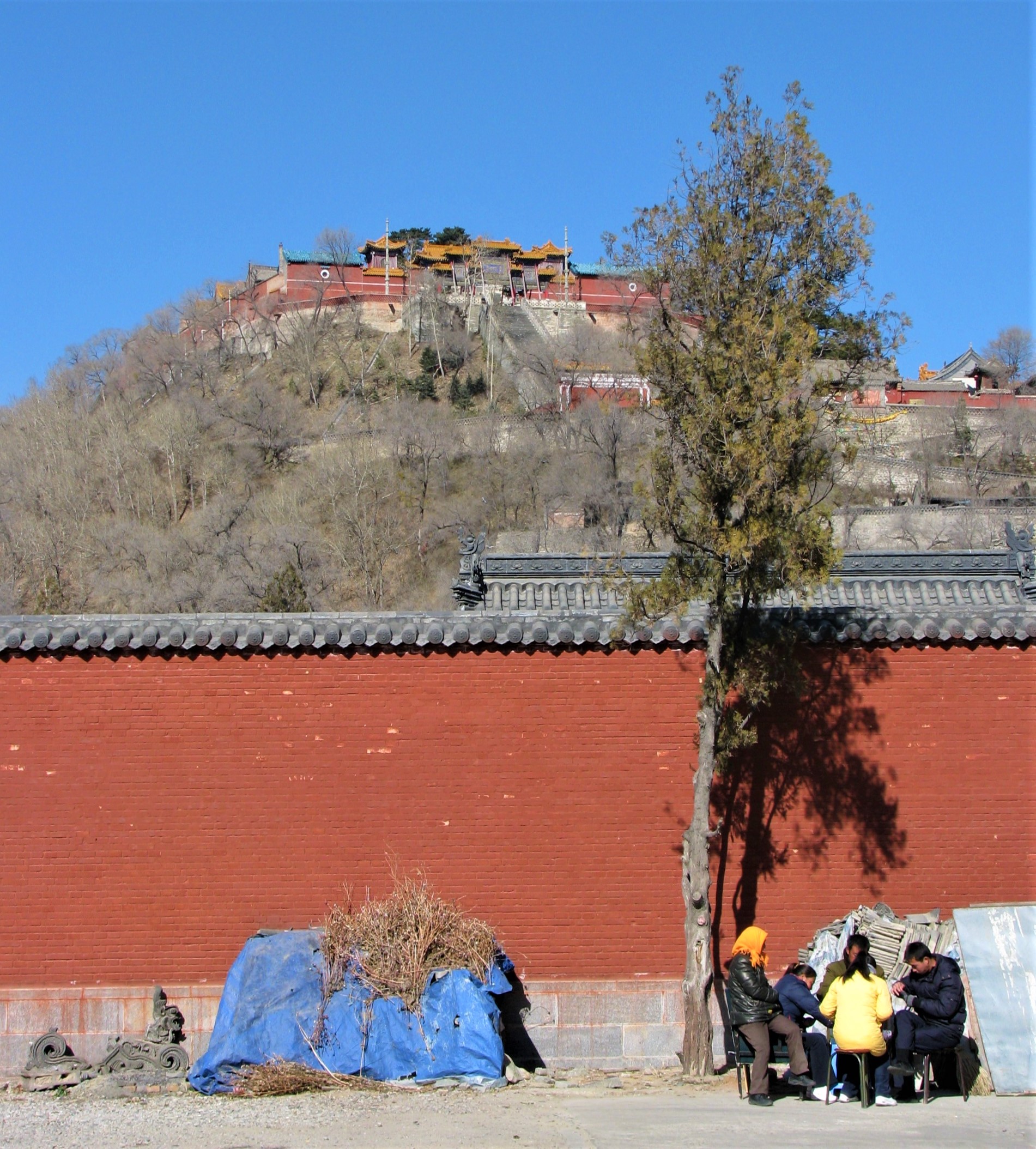 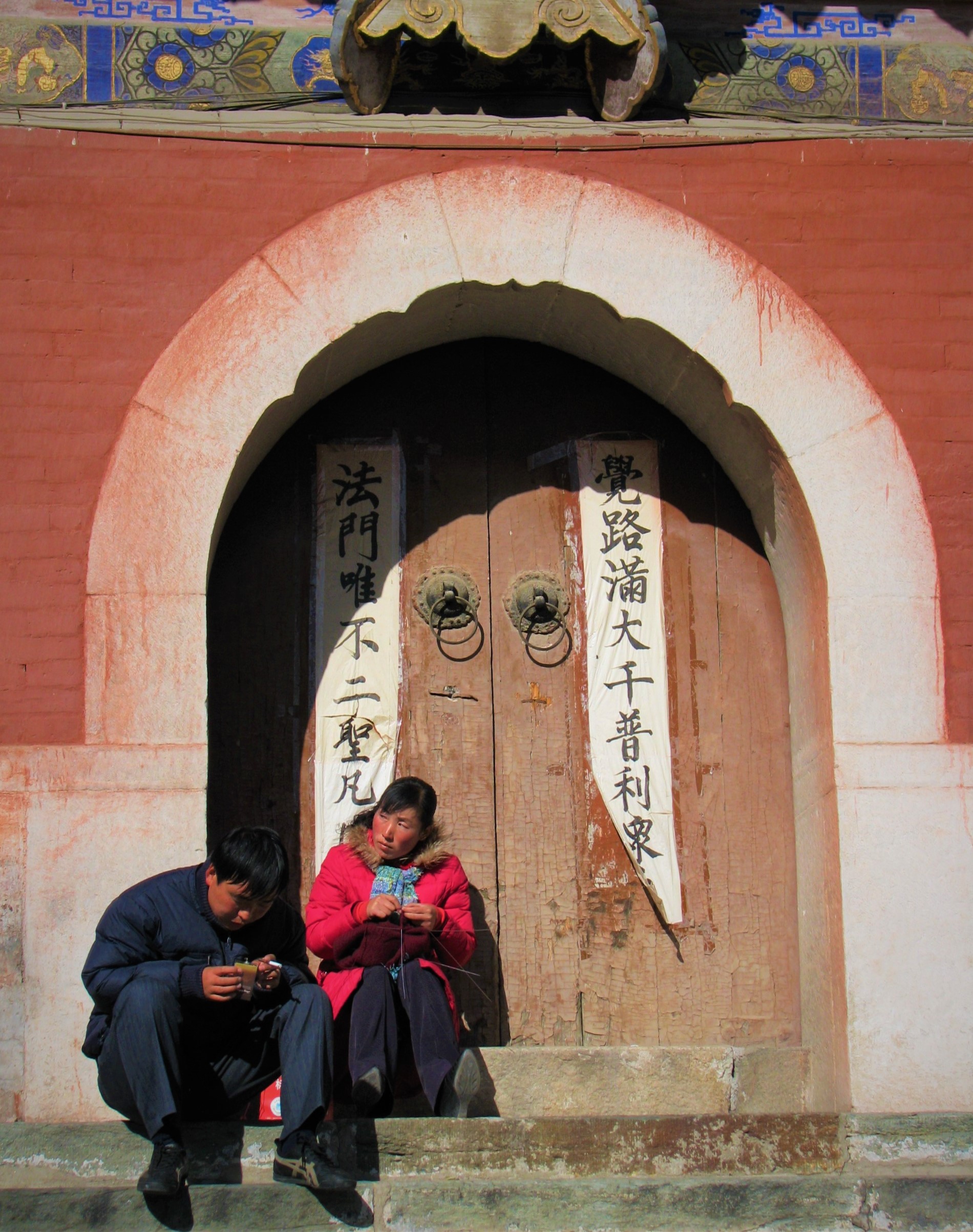 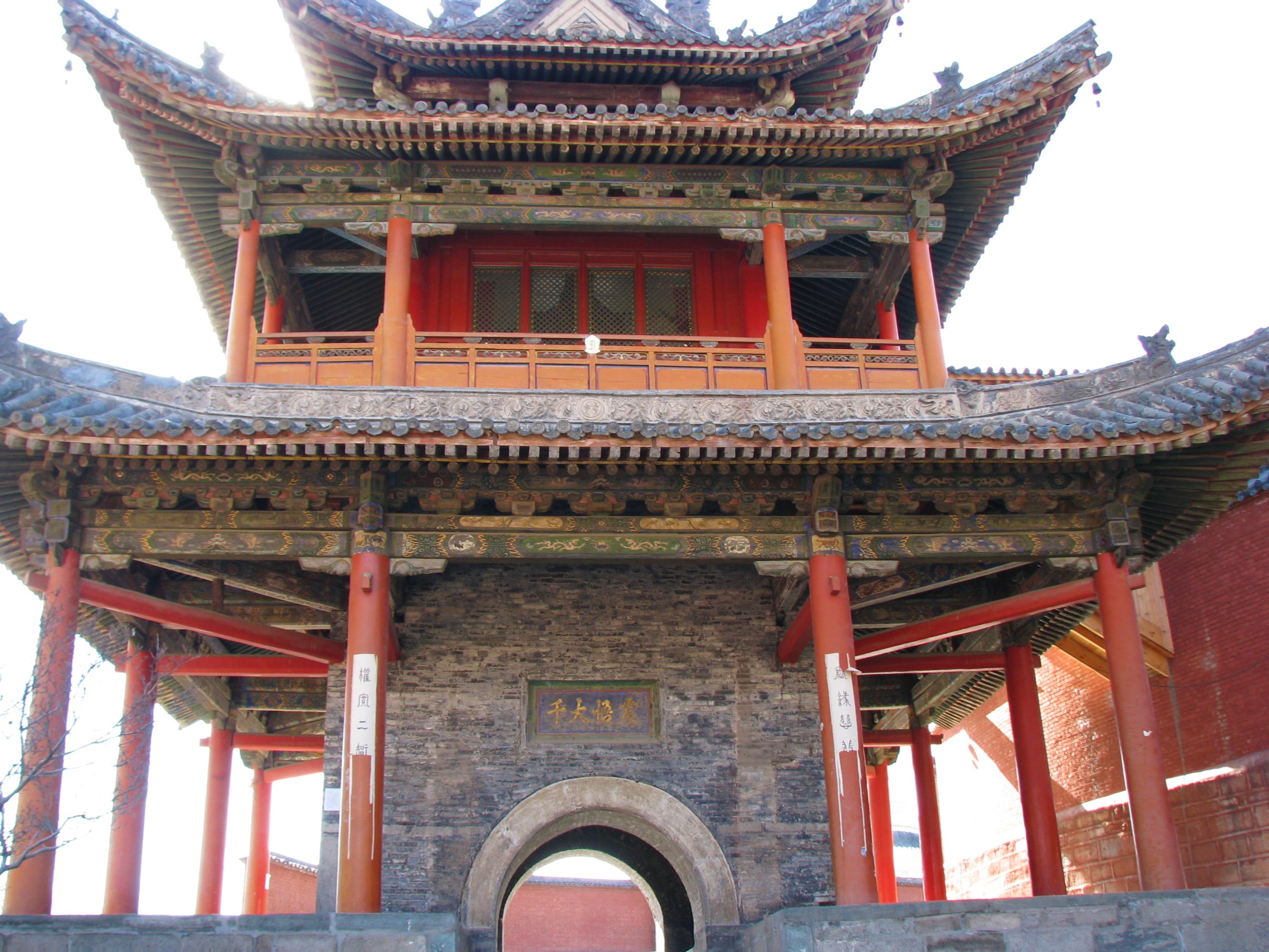 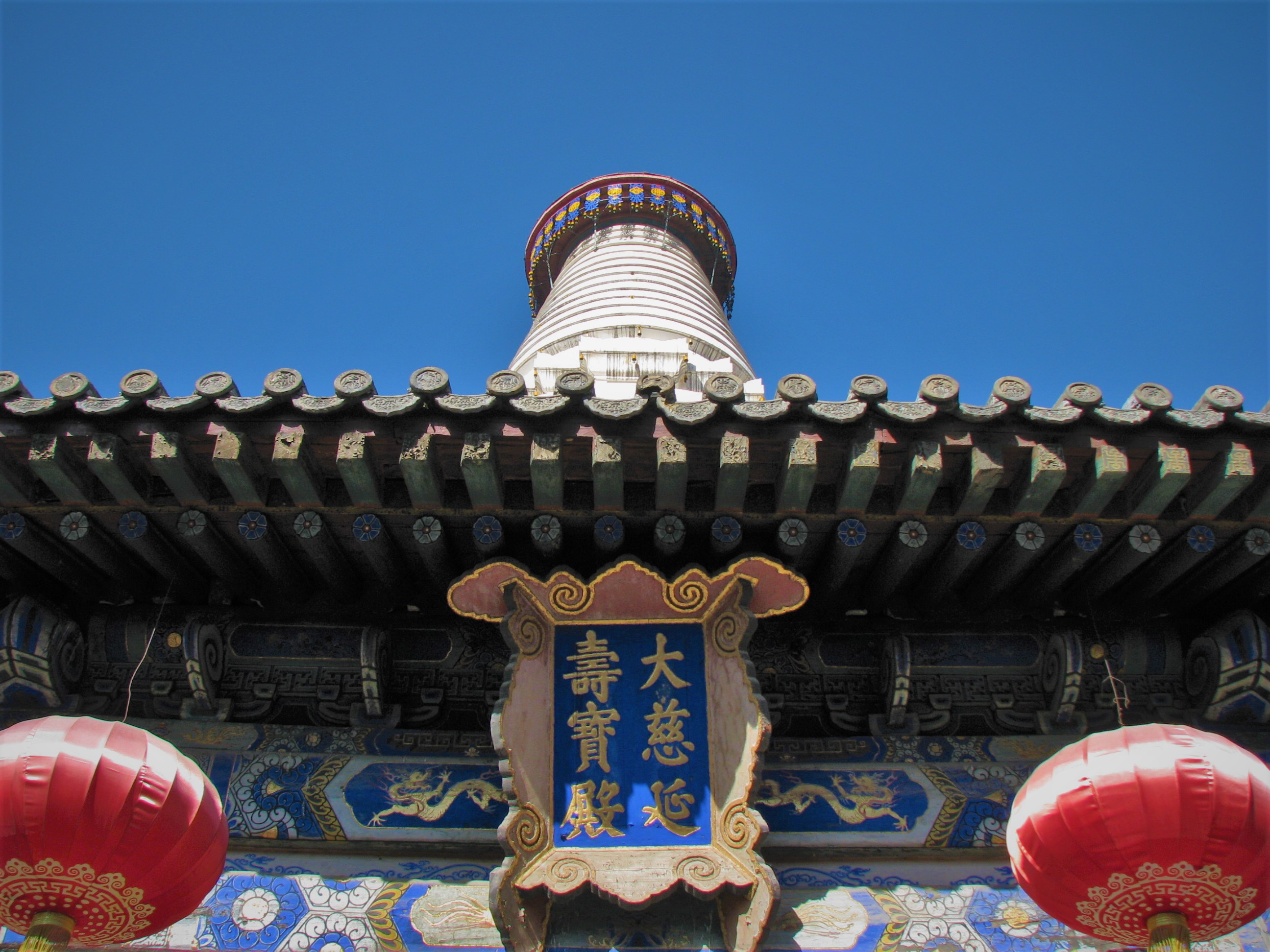 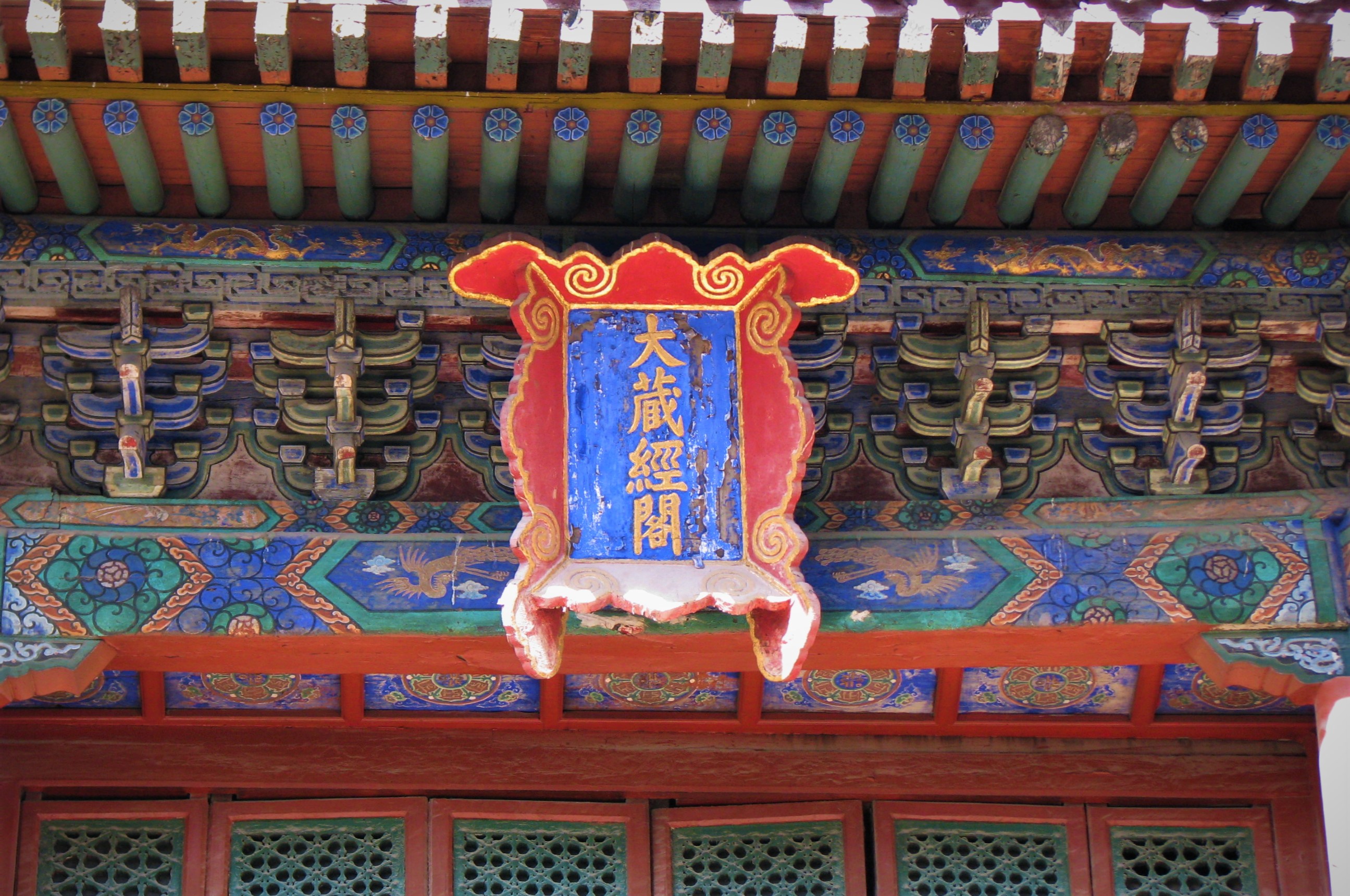 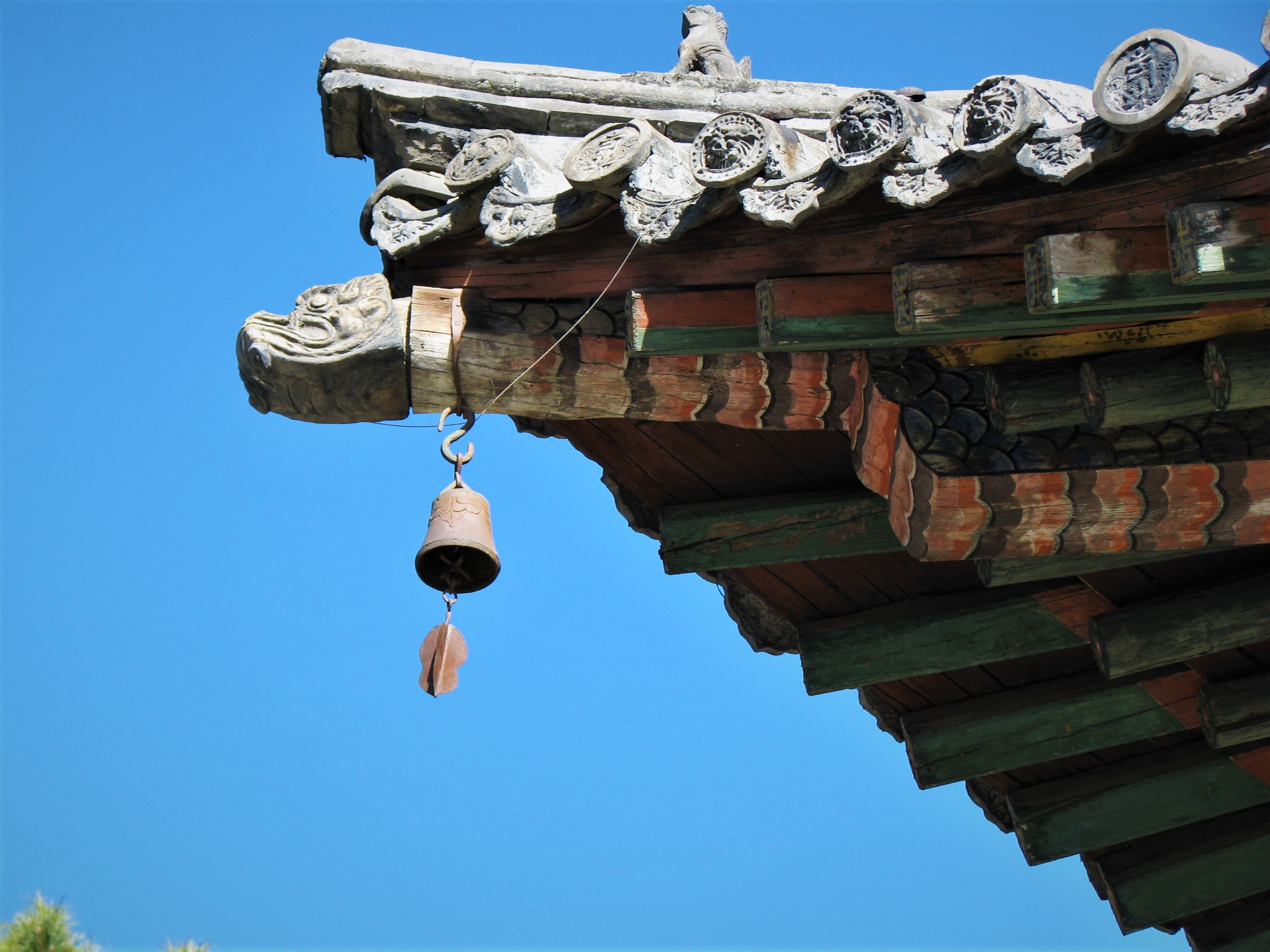 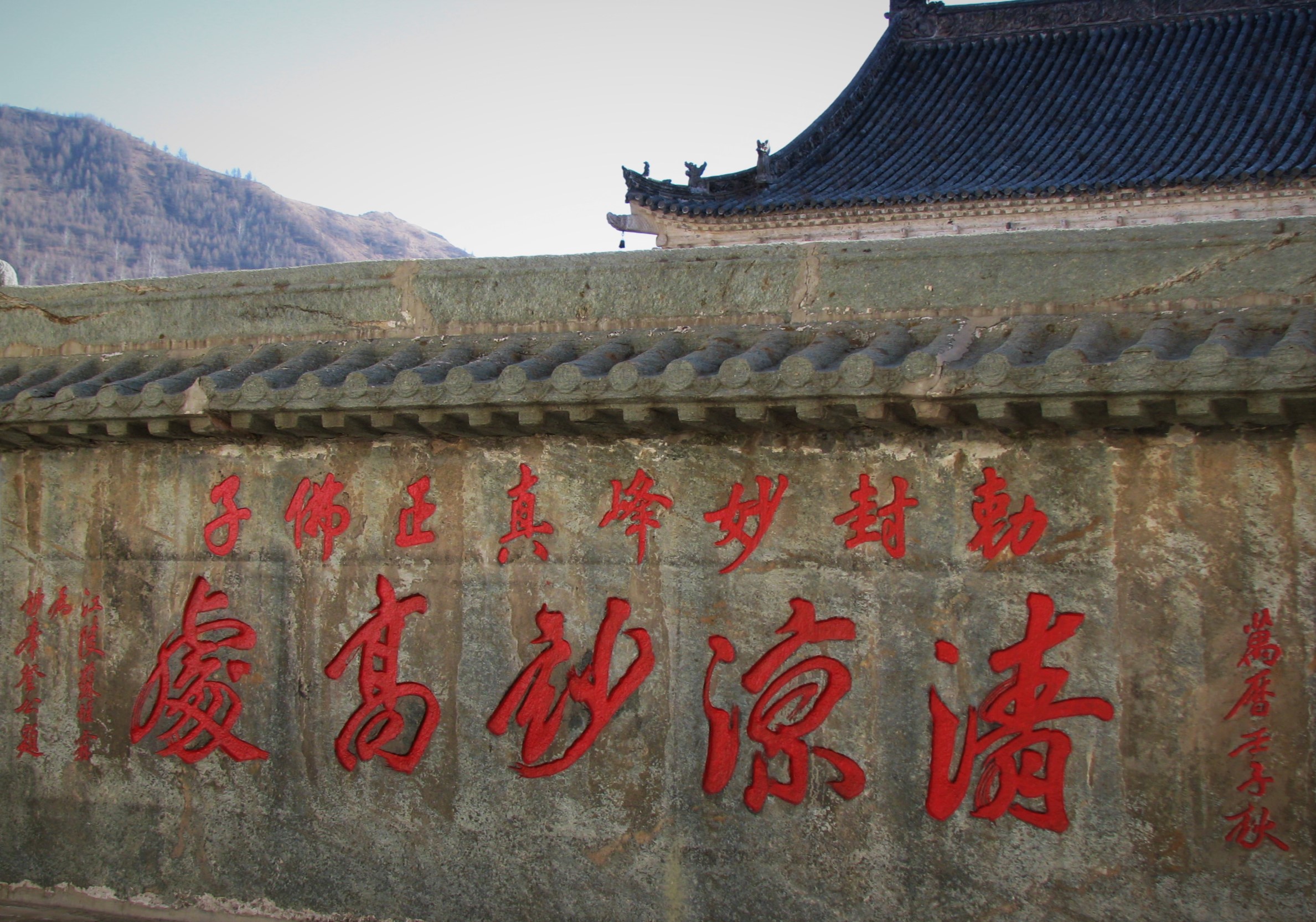 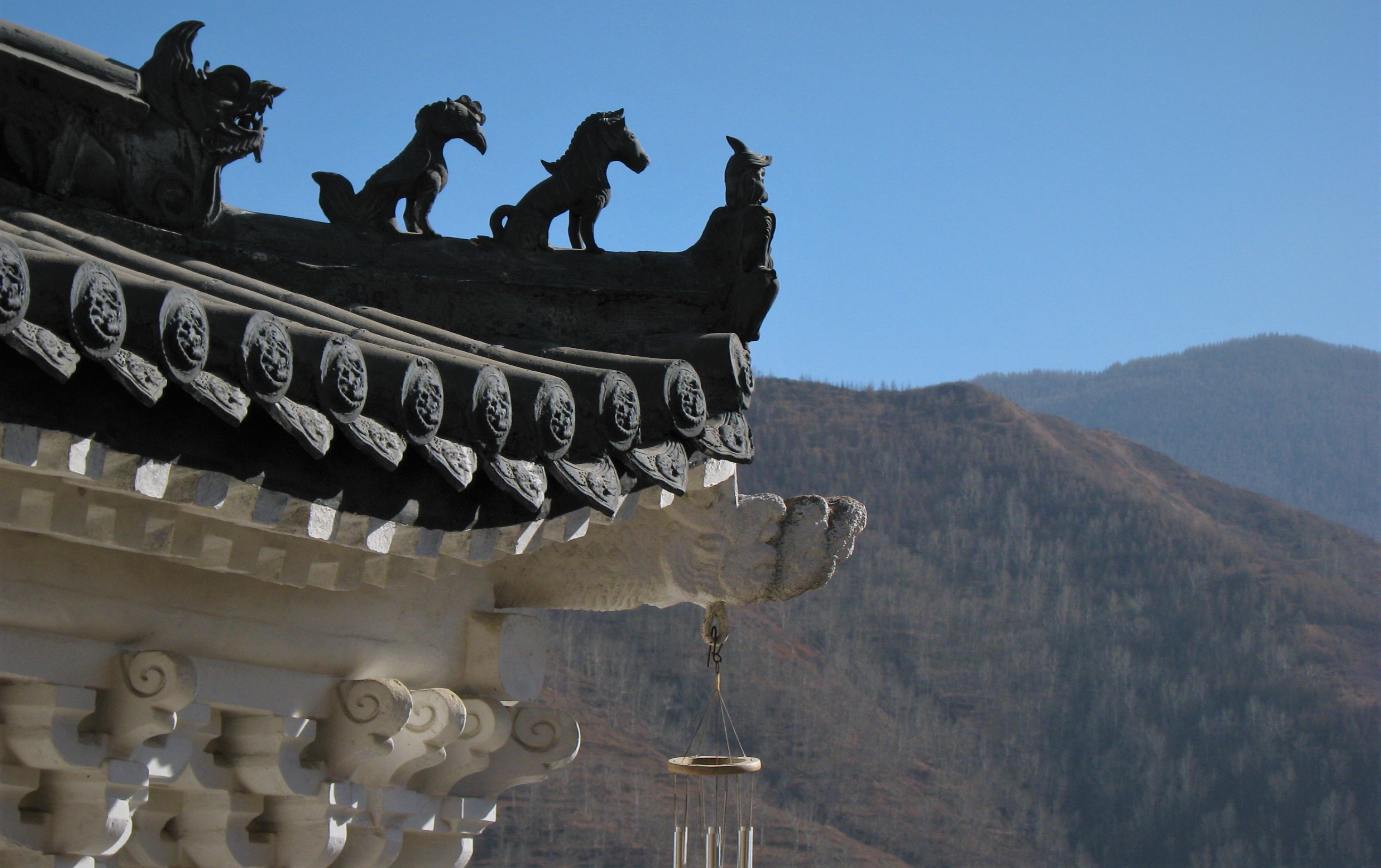 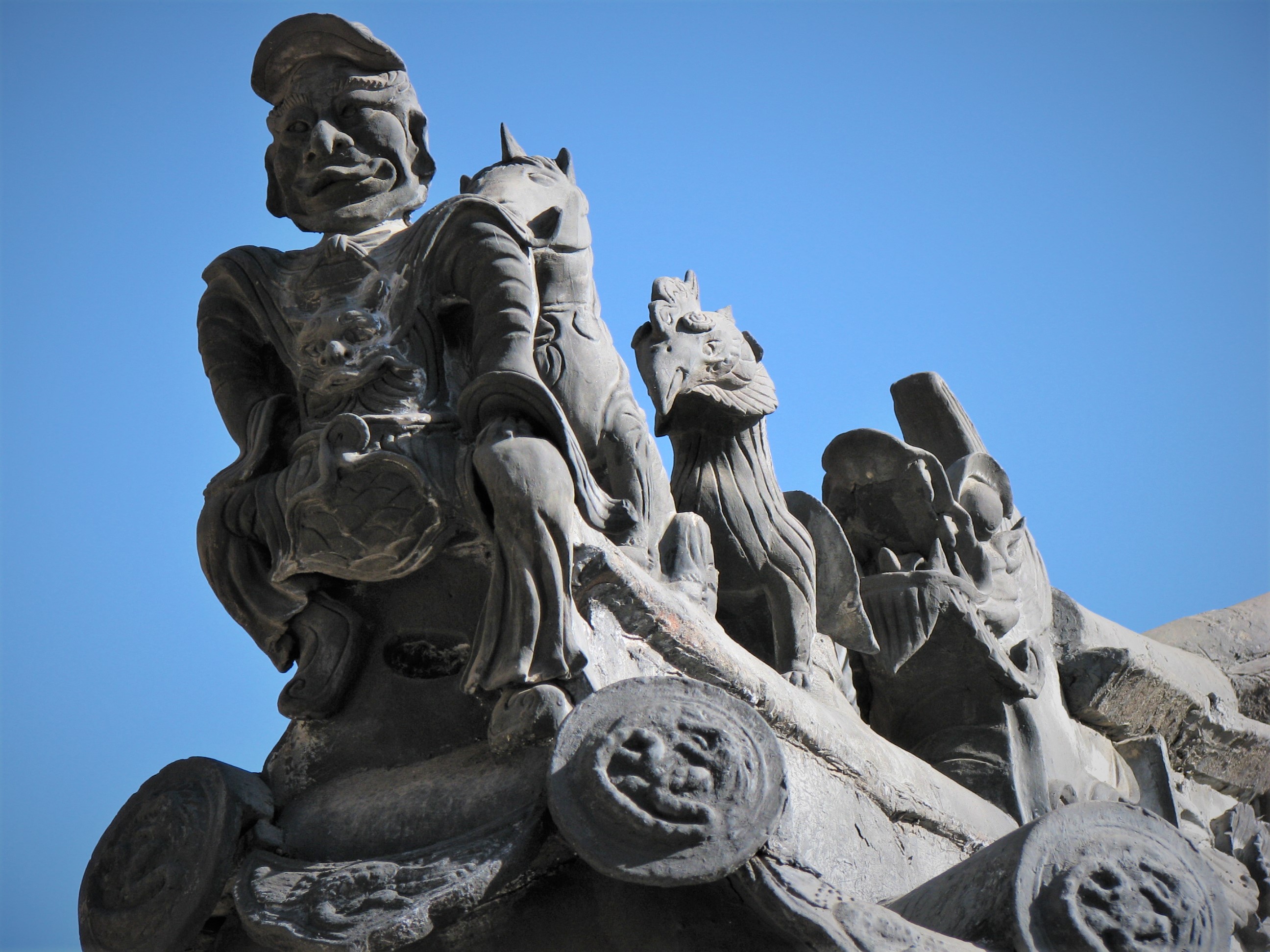 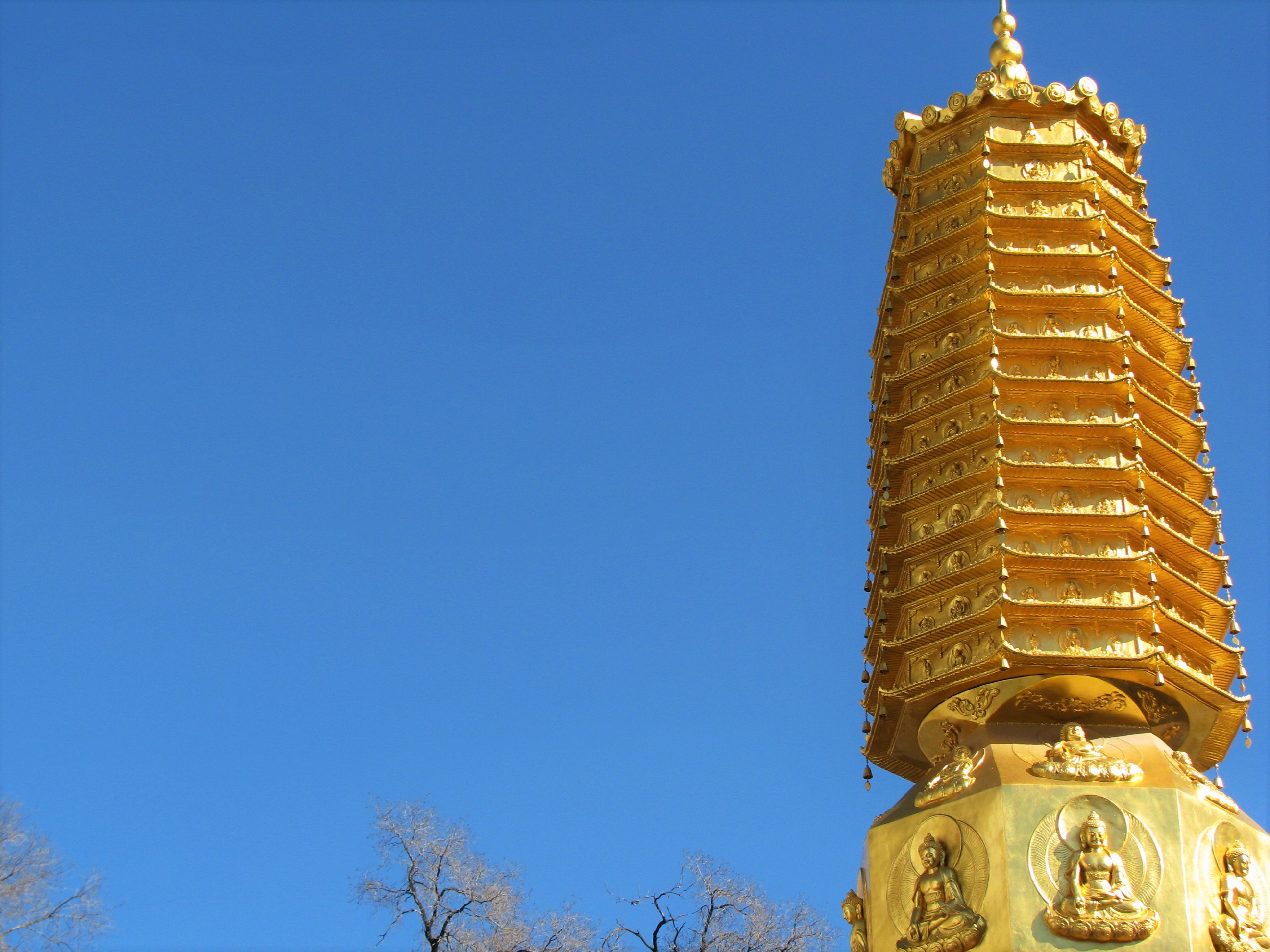 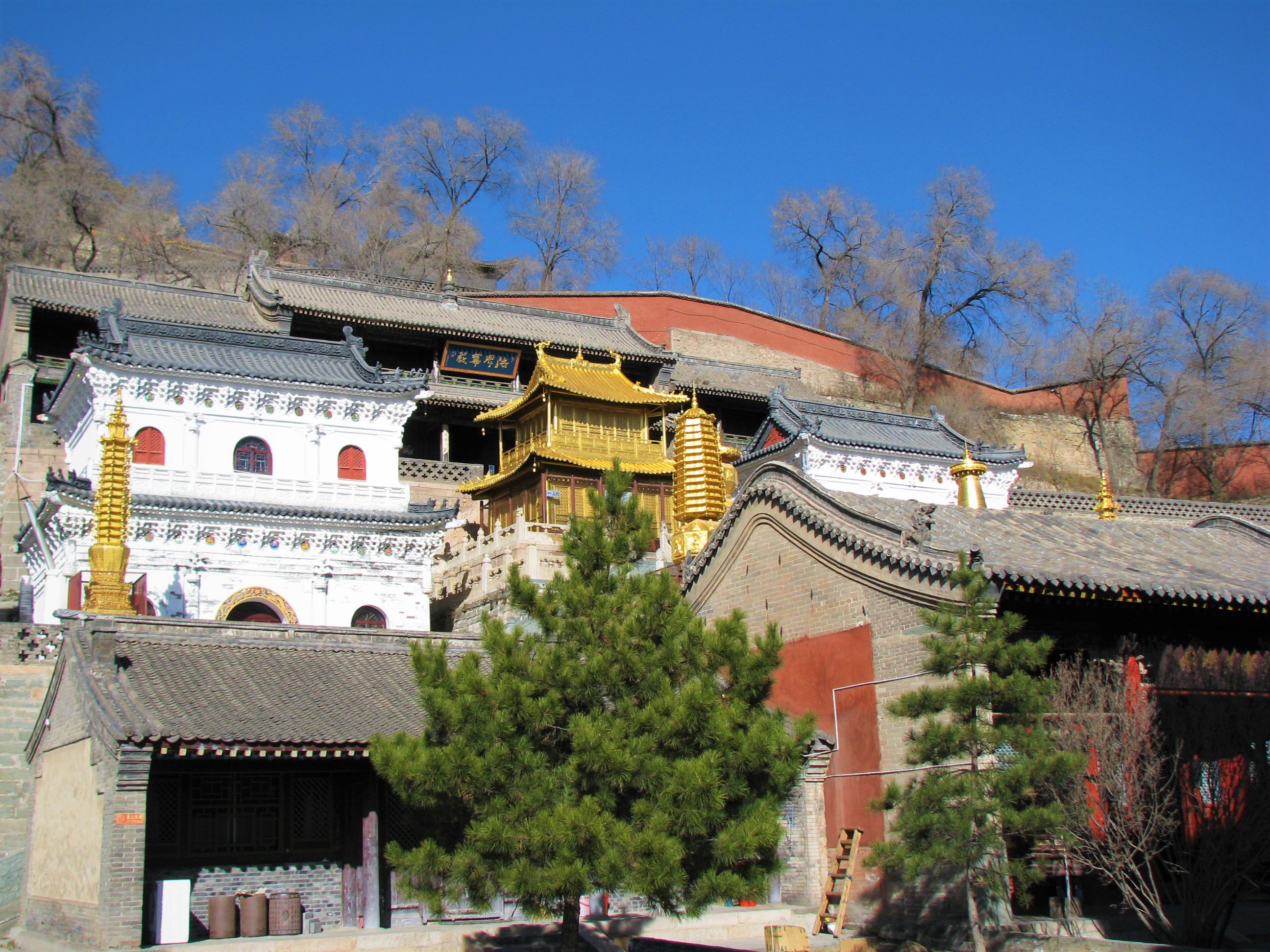 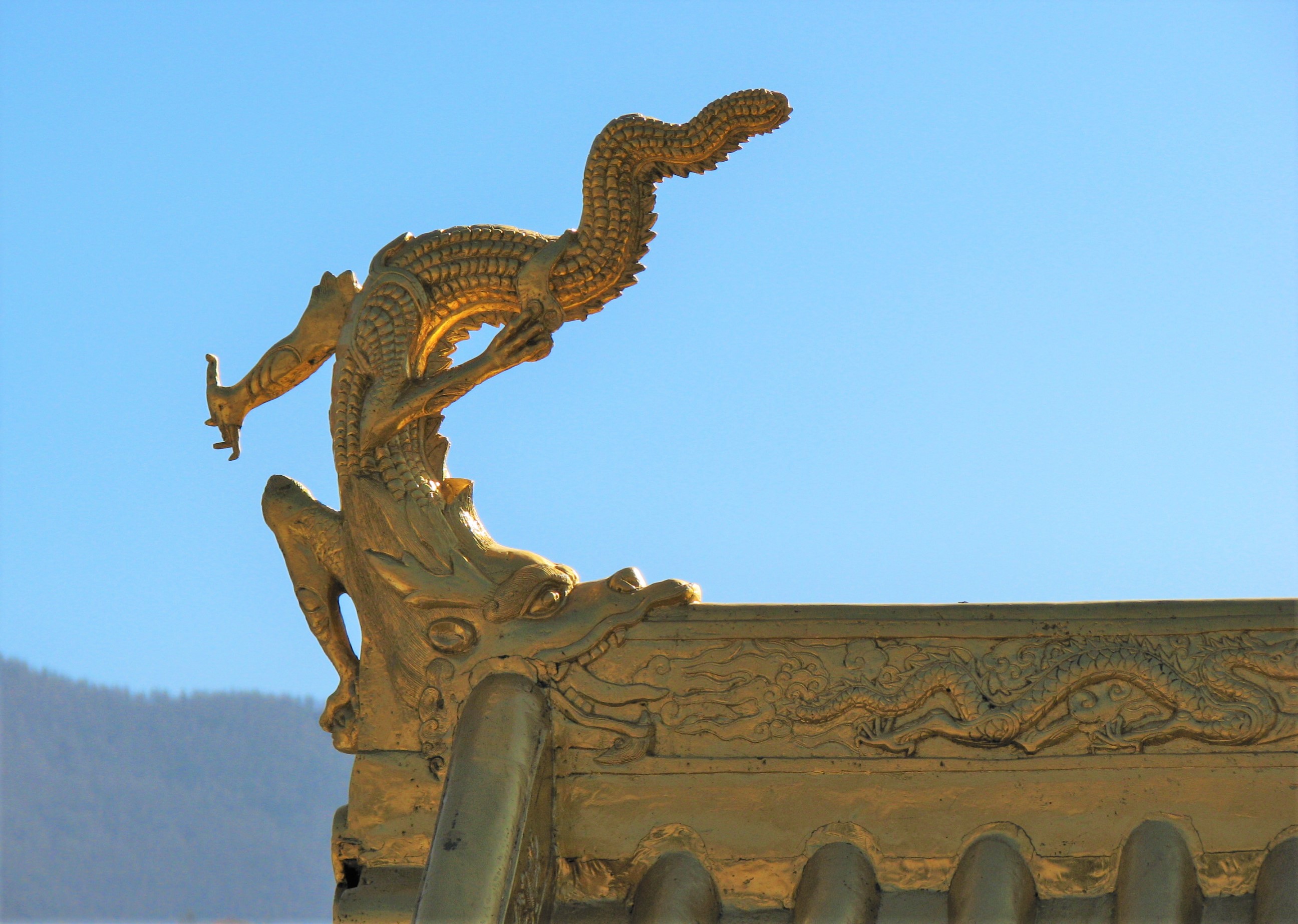 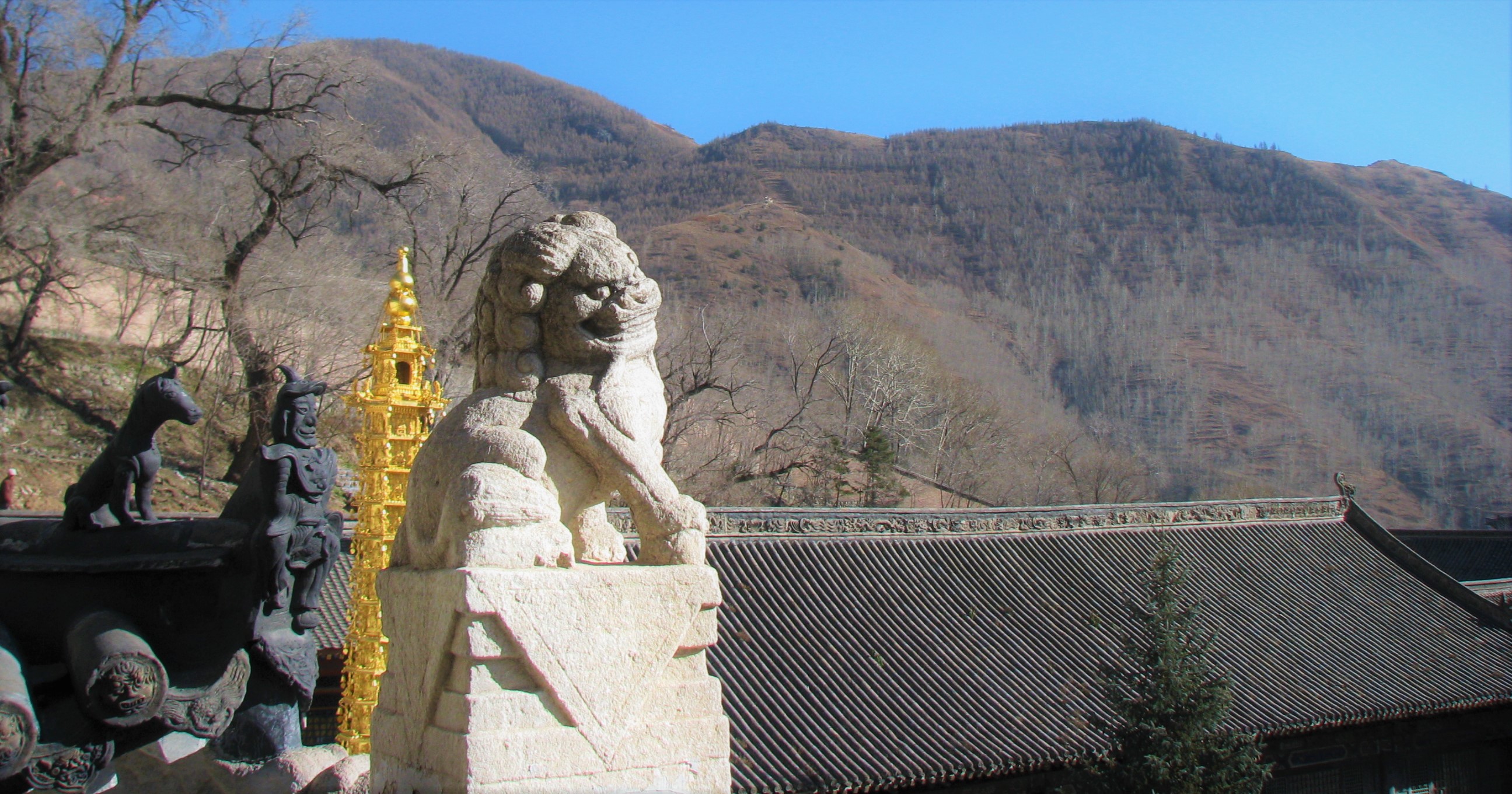 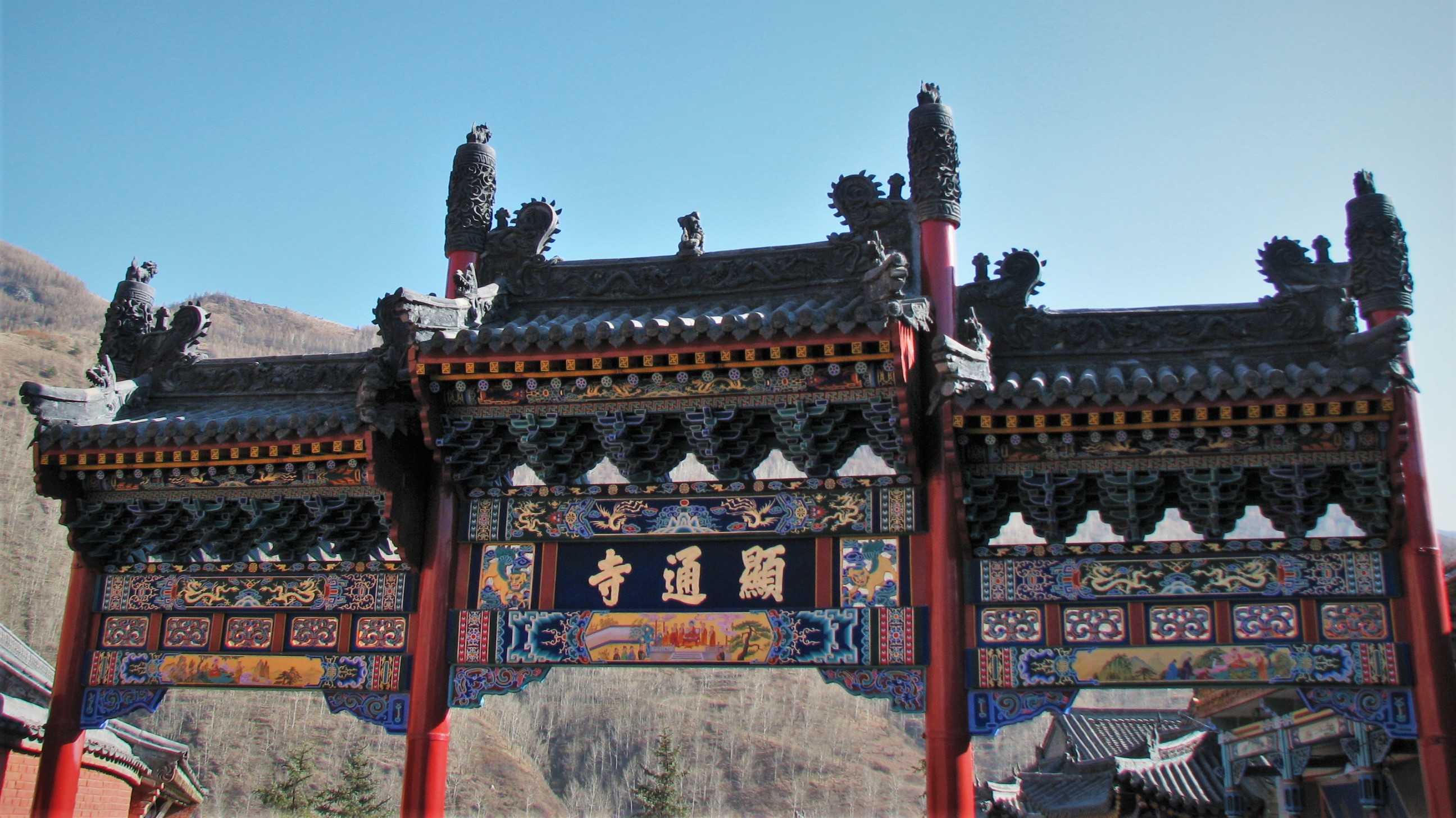 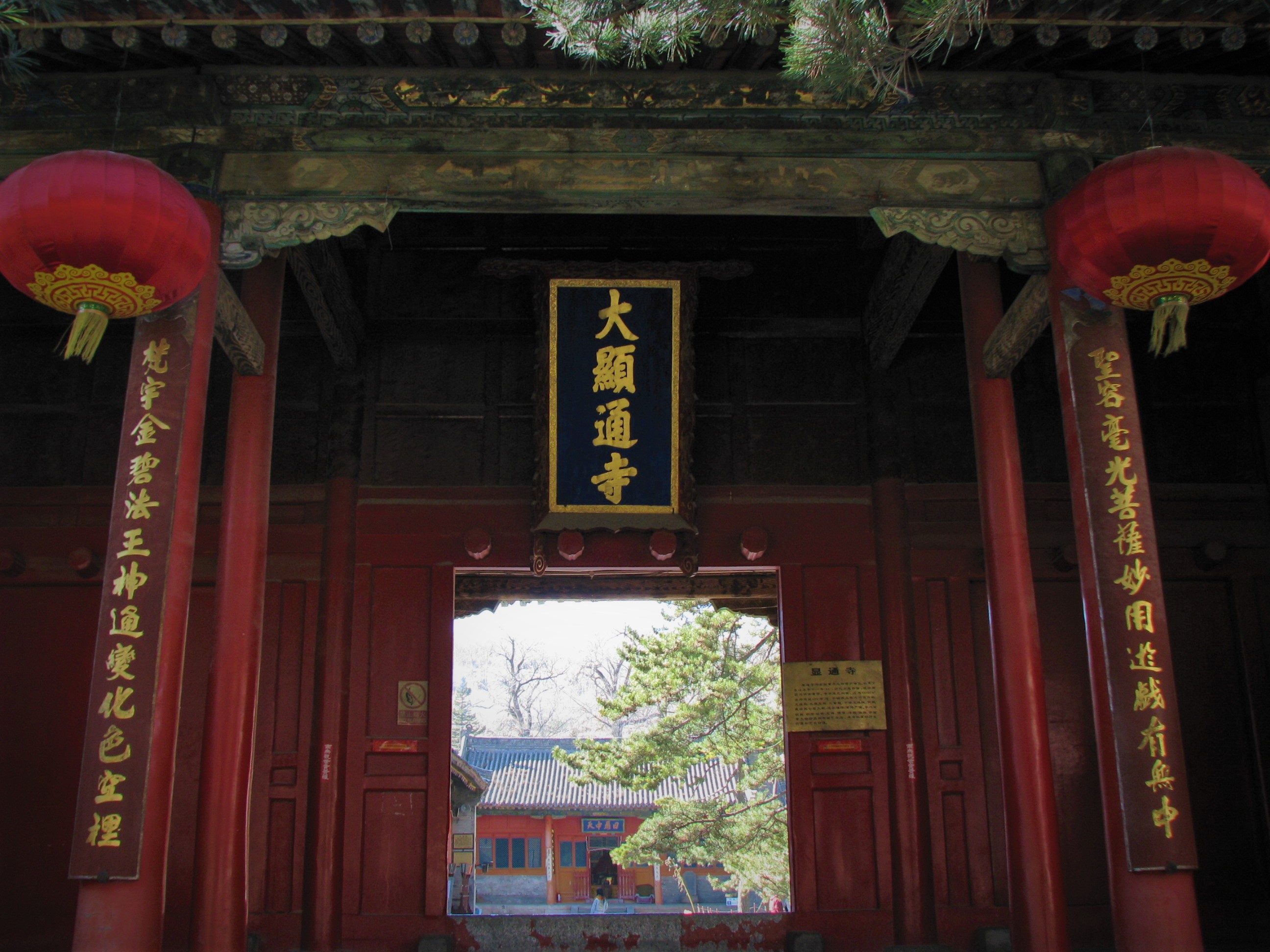 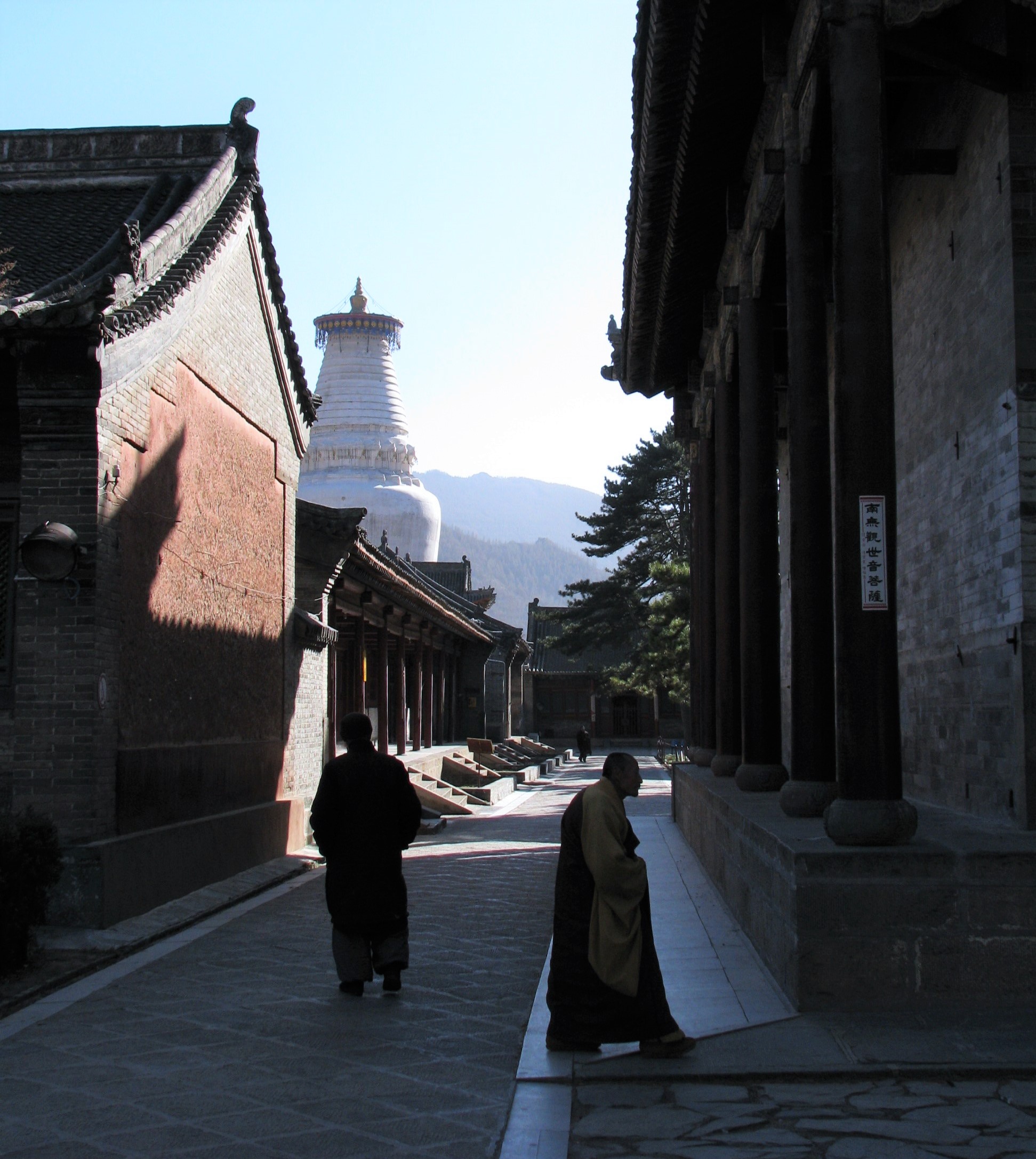 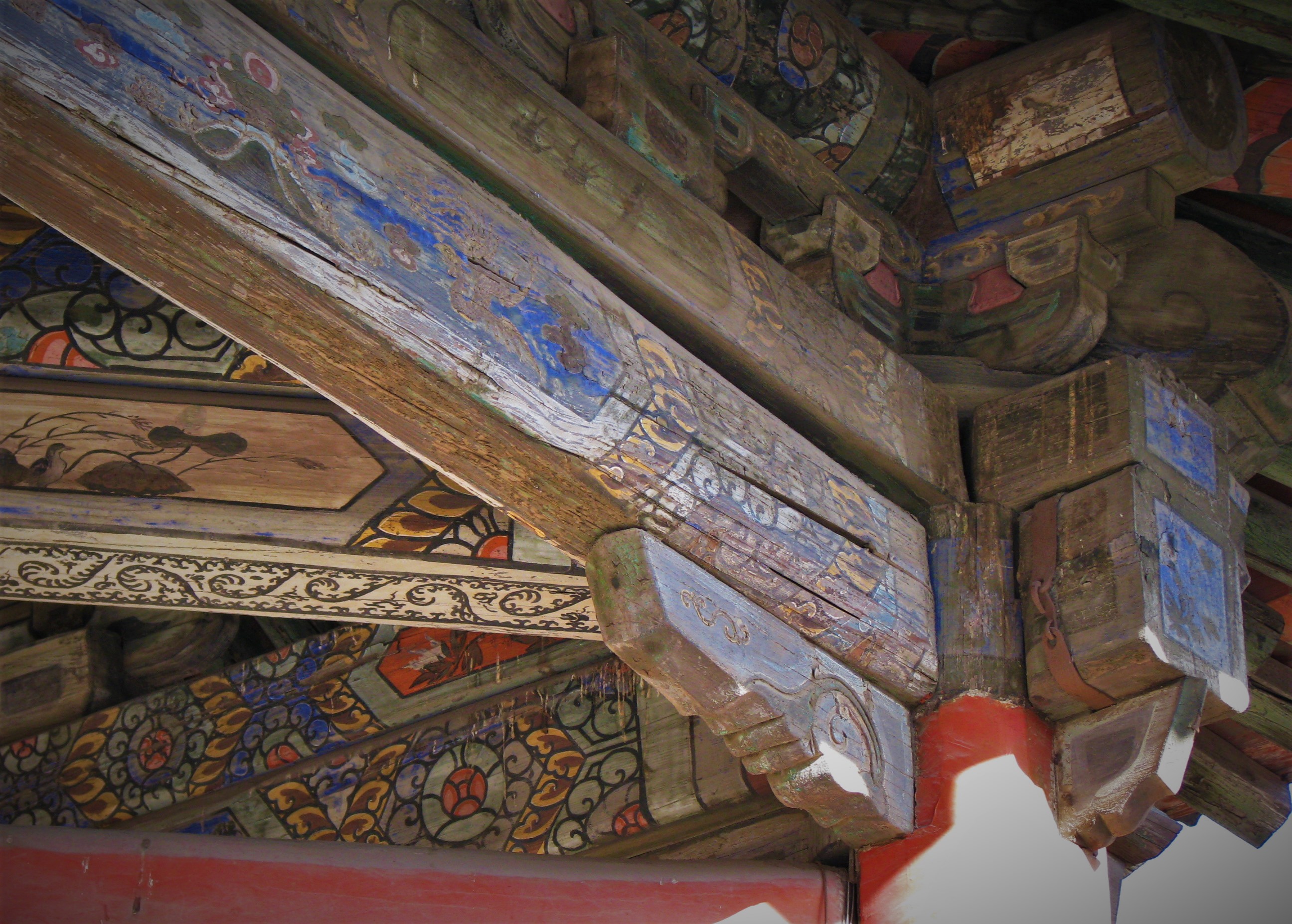 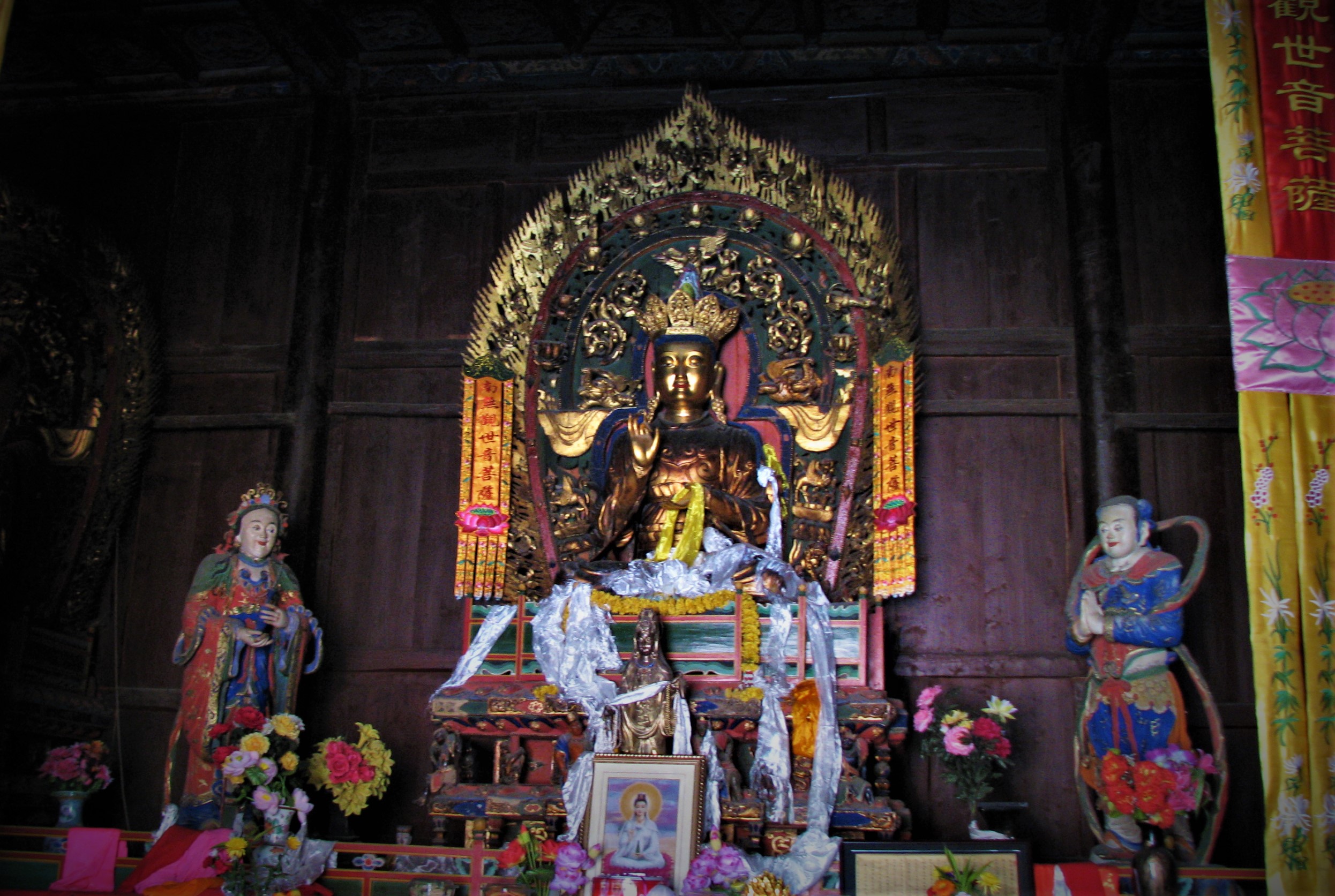 Its name “Wutai Shan 五台山” recalls its five peaks – literally meaning “Five Stations Mountain“. But its original, more ancient name – “Qingliang Shan 清凉山” refers to its general low temperature even though it is on the same latitude as Beijing. The average summer temperature is only 9.5 degree Celsius, while in winter it goes down to -30 degree Celsius.

The History of Mount Wutai

Before Buddhism arrived in China, the only religion of the country was Taoism, much like how Shintoism is the native religion of Japan.

According to legend, Mount Wutai was called “Zifu Shan 紫府山” thousands of years ago. “Zifu 紫府” meant “House of Zi”, referring to the realm of the Deity Ziwei “紫微大帝”. “Ziwei 紫微” is also the constellation of the north star, so the highest peak in this northern part of China was the place where the north star resided.

So how did Mount Wutai turn from a holy Taoist site to a Buddhist one?

No one knew exactly when Buddhism arrived in China. The earliest record was in the year 2 BC, when an envoy of the Kingdom of the Greater Yuezhi 大月氏 (located in current Xinjiang) recited a Buddhist sutra to a Chinese scholar called Lu Jing 卢景 in the capital city of Chang’an (current day Xi’an).

In 69 AD, the two monks decided to set up shop on the sacred Taoist site of Mount Wutai. But faced with the “oppressive majority” of Taoist priests in the mountains (talk about being ungrateful immigrants who refuse to integrate), the Buddhist duo complained to their latest convert Emperor Han Mingdi.

So to test which the false religion is, Emperor Han Mingdi ordered Buddhist and Taoist scriptures be burnt in Luoyang. All Taoists books were reduced to ashes while “miraculously“, the Buddhist sutras remained stubbornly intact. The site of this Buddhist-Taoist face-off is still marked on the spot of the “Fenjing Tai” 焚经台 (“scripture-burning station”) in today’s Luoyang city.

So, the “fake religion” of Taoism was driven out of their Mount Wutai stronghold, leaving  Kāśyapa Mātaṇga and Dharmaratna free rein to do whatever they wanted. Soon after, they “miraculously” (again) discovered a stupa built by King Asoka (Buddhist king who lived from 268 to 232BC in today’s Afghanistan, 4075km away) containing a holy Śarīra (diamond-like crystals formed in the ashes of holy Buddhist men during their cremation) of Buddha himself. Also, a giant footprint of Buddha was “discovered” next to it. On top of that, it was found that the Boddhisatva Mañjuśrī (文殊師利菩薩) experienced his “bodhimaṇḍa” (some sort of Buddhist mental holiday destination) not anywhere else but on Mount Wutai in China (!!). All this “proved” Mount Wutai was “originally” a Buddhist sacred site after all.

Kāśyapa Mātaṇga and Dharmaratna also told the Emperor and all their new Chinese fans that Mount Wutai highly resembled the Vulture Peak (Gádhrakúta) in India where Buddha  experienced his bodhimaṇḍa. Gádhrakúta is translated into Chinese as “Lingjiu Shan 灵鹫山”. So they named the new mega temple complex that everyone has built for them: “Lingjiu Temple”. Today’s “Xiantong Temple 显通寺” was built on the original Lingjiu temple and it is one of two earliest Buddhist temples in China dating back nearly two thousand years.

What’s there to see on Mount Wutai

You should visit any of the five peaks to experience the peace and visual wonder that link this place to the two religions for the past few millennia.

Visit any of the 95 Buddhist temples

Since the time of the two Indian monks, Buddhism has grown and taken root on Mount Wutai. A total of 95 complete Buddhist temples litter around this sacred mountain range. This is also the only place in China where the Chinese and Tibetan branches of Buddhism mix and sometimes merge.

If you are in a rush, at least visit the odd Xiantong Temple 显通寺. You can at least experience the two-thousand year old history of Chinese Buddhism in one single location.

You will notice that sea buckthorn berries 沙棘 grow literally everywhere on Mount Wutai.
Perhaps these are the true reason how this site was so holy in the first place.

Called Shaji 沙棘 in Chinese, the sea buckthorn berries are now known to be nature’s vitamin nuclear bomb. It contains the highest amount of Vitamin C in any fruit, also Vitamins E, B1, B2, B12, K and P, and plus fats, protein and sugar! 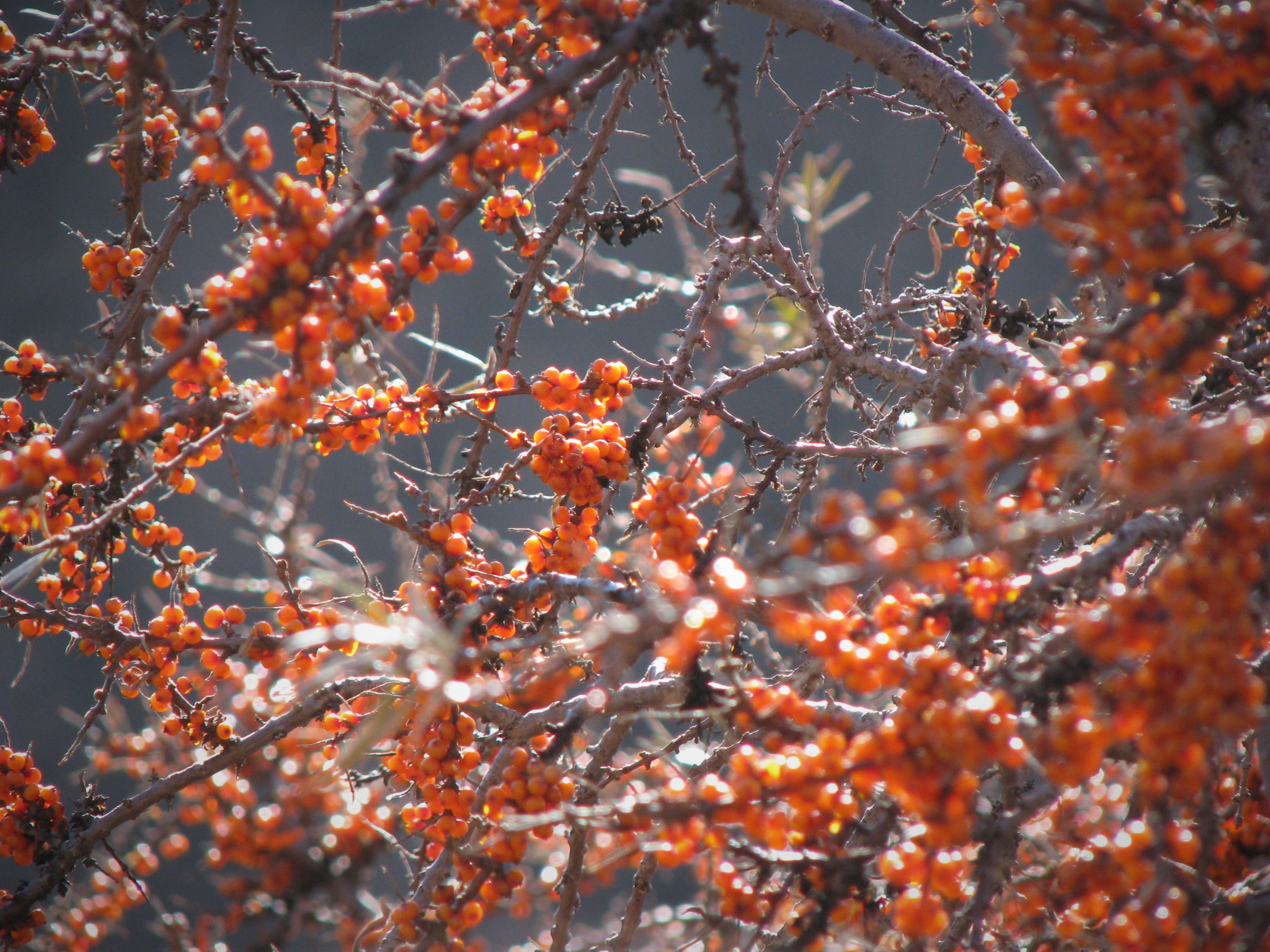 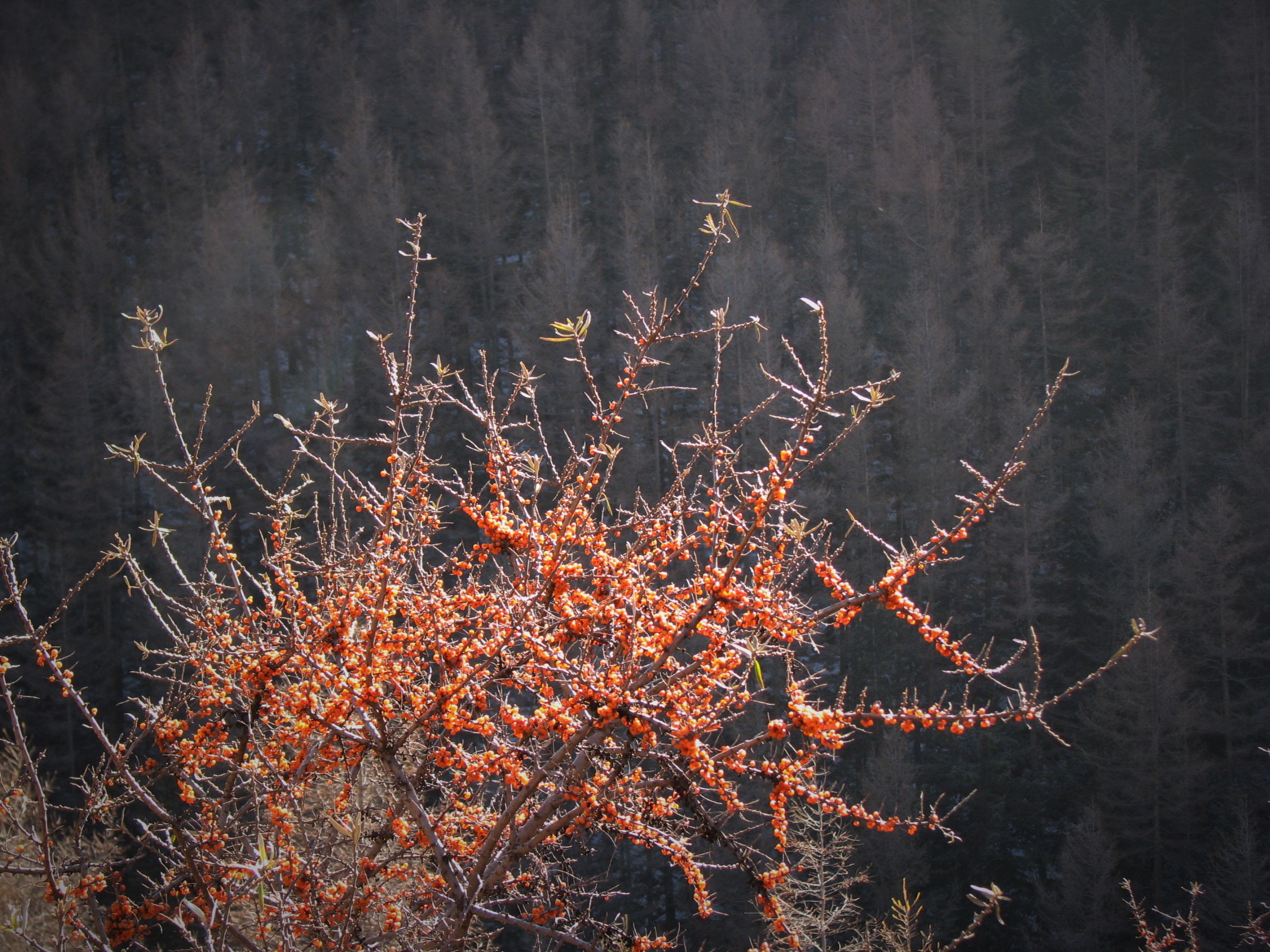 How to get to Mount Wutai

You can only drive up to Mount Wutai as there is no public transport due to the remoteness and altitude of the site.

Tour agencies offer trips in coaches but if you want to truly enjoy the site, hire an experienced driver through your agency in Beijing. 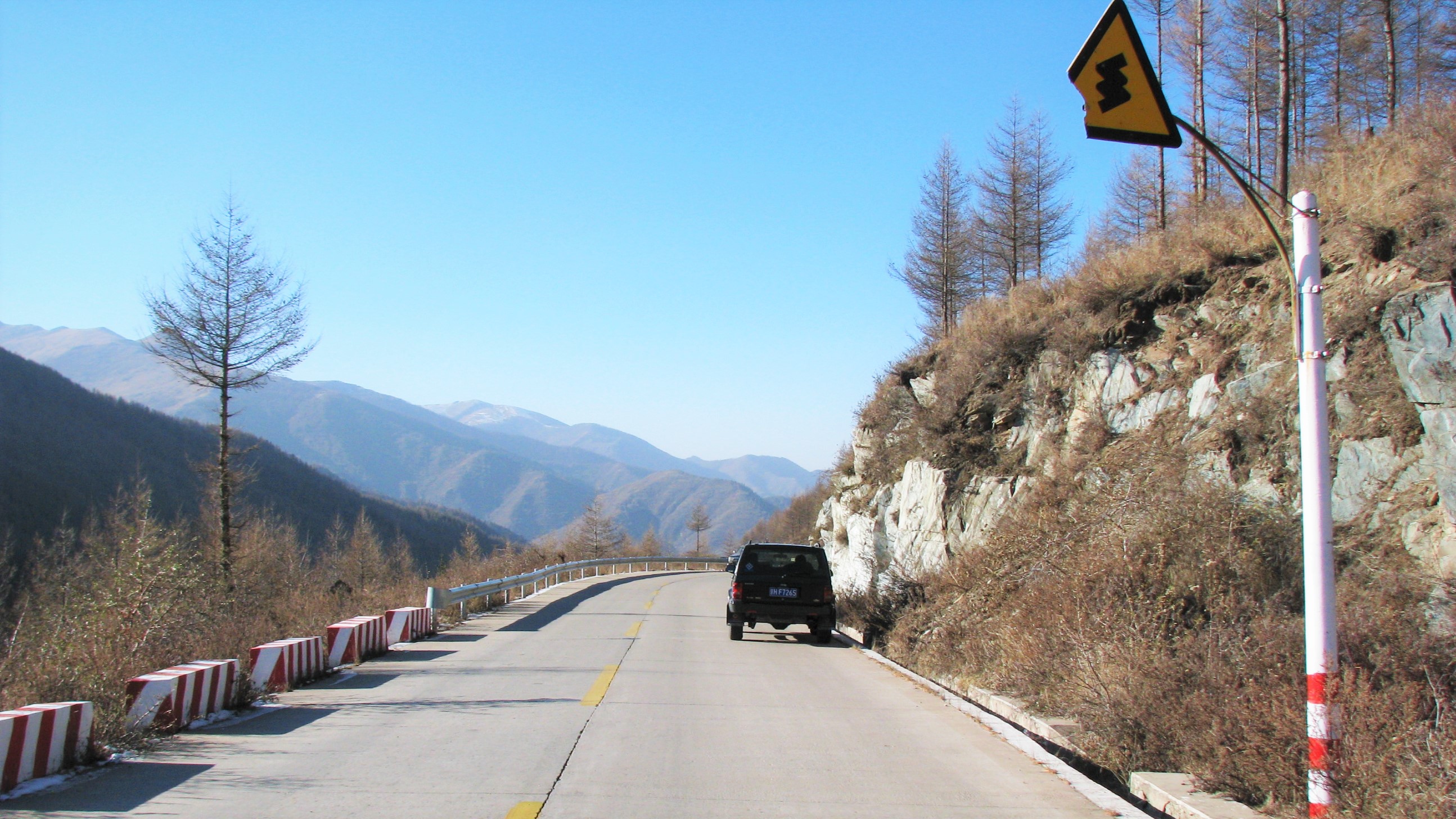