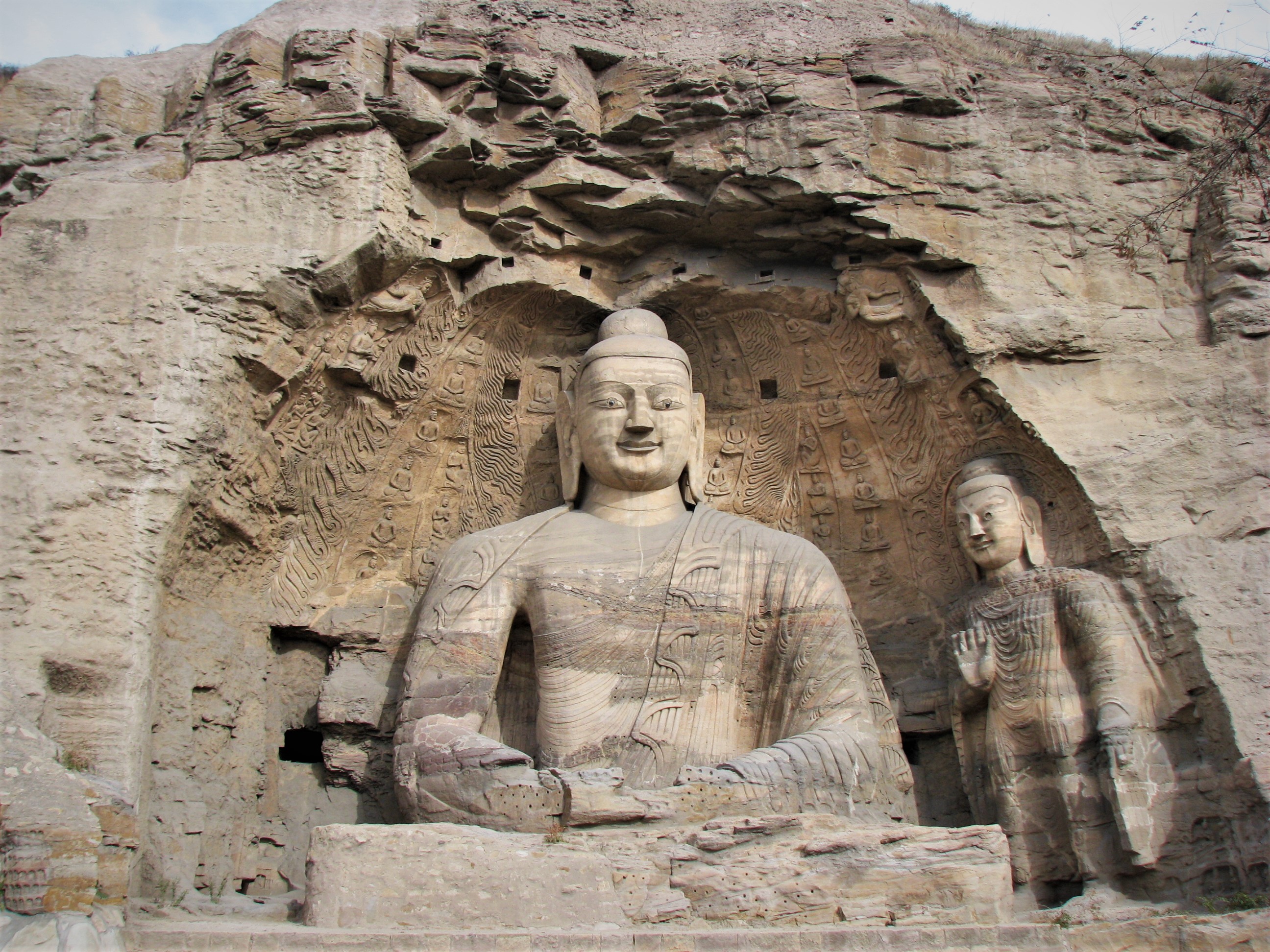 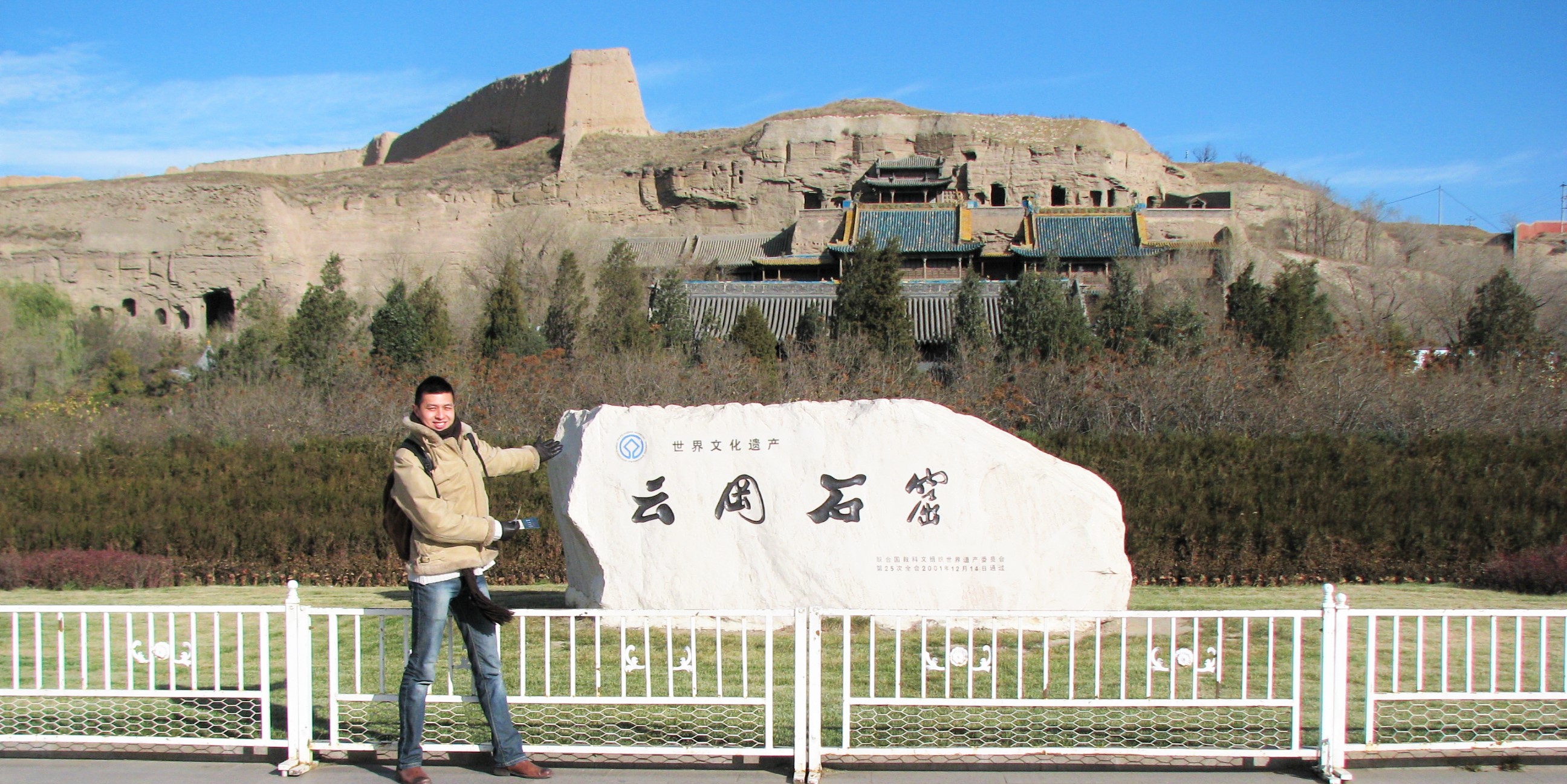 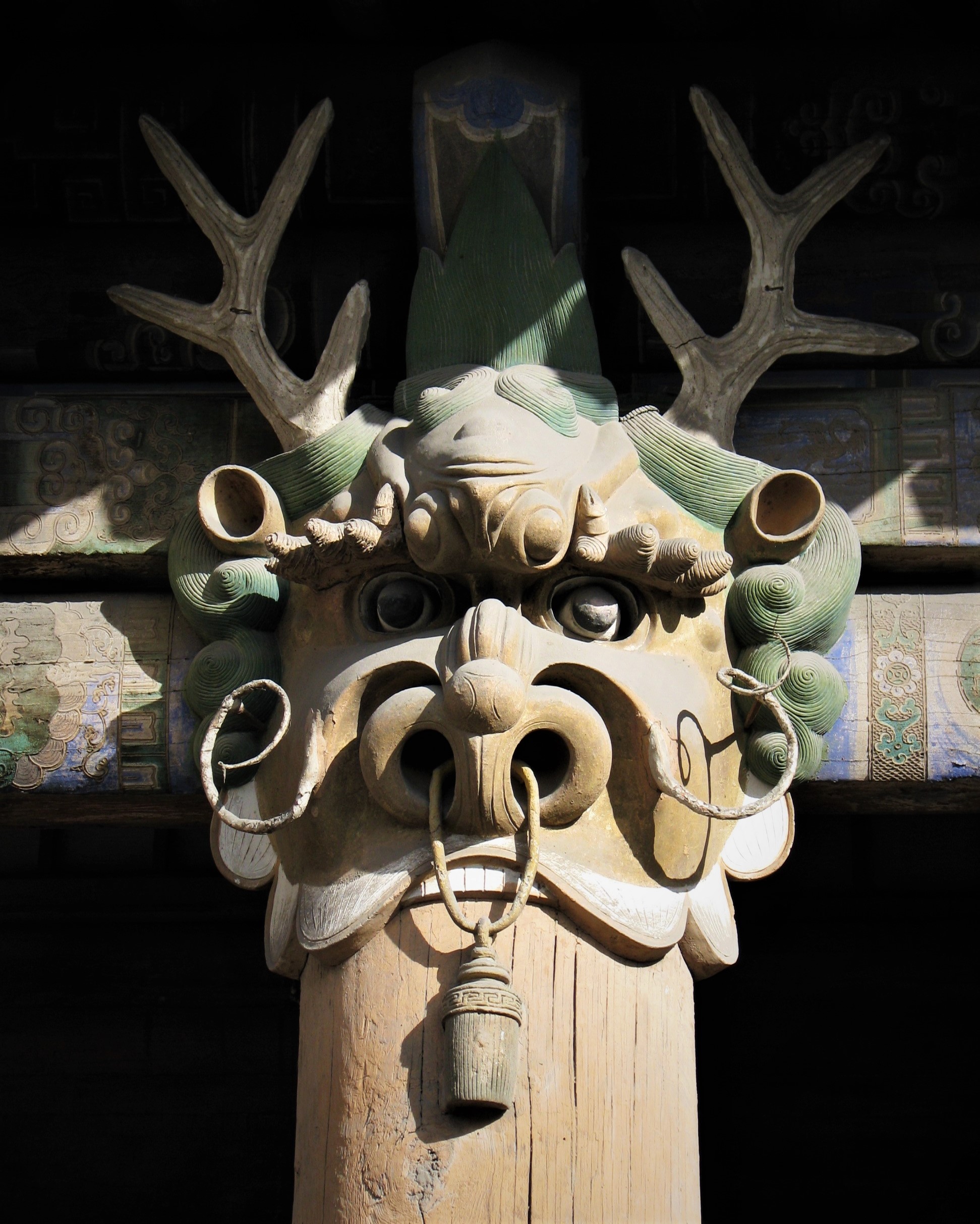 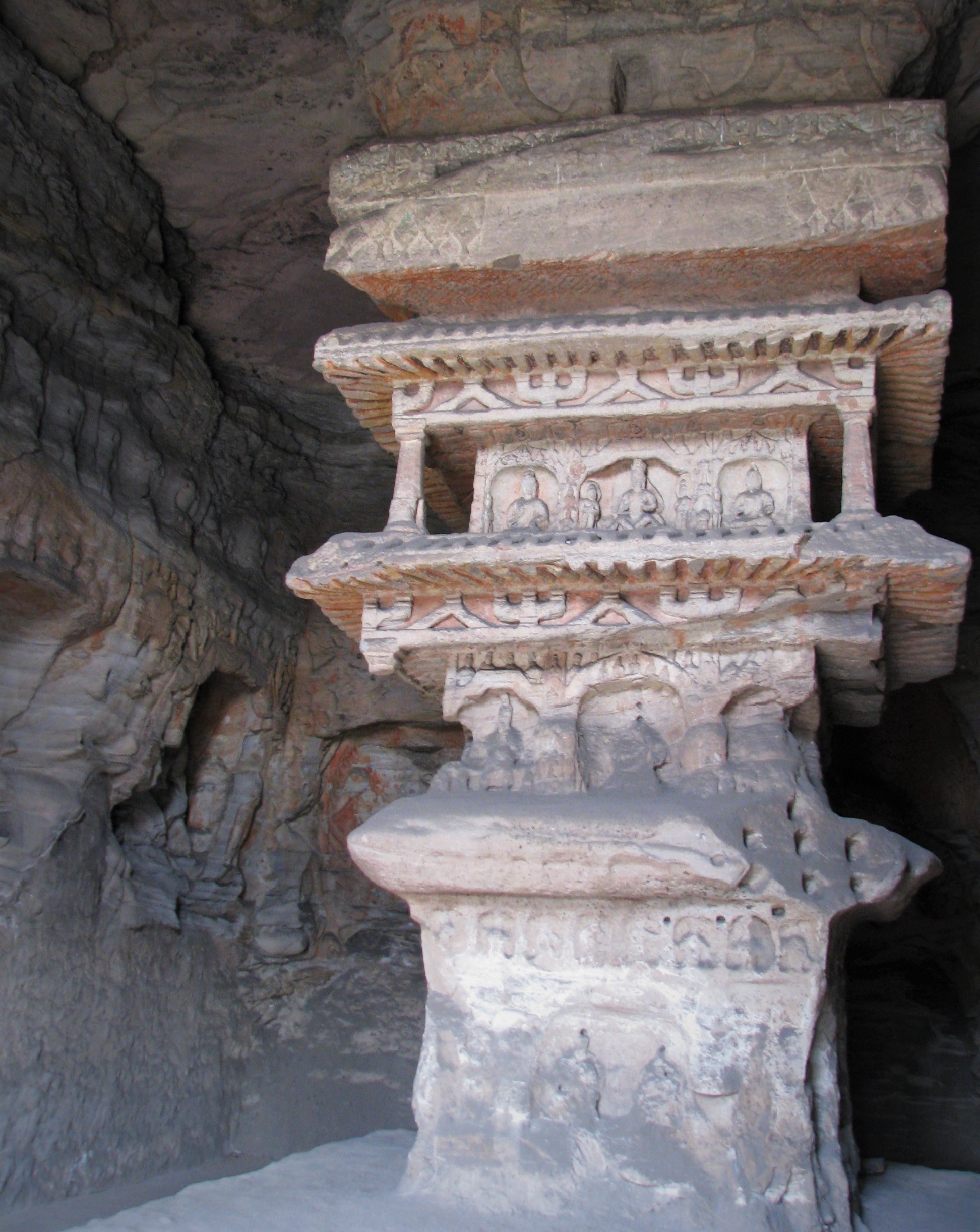 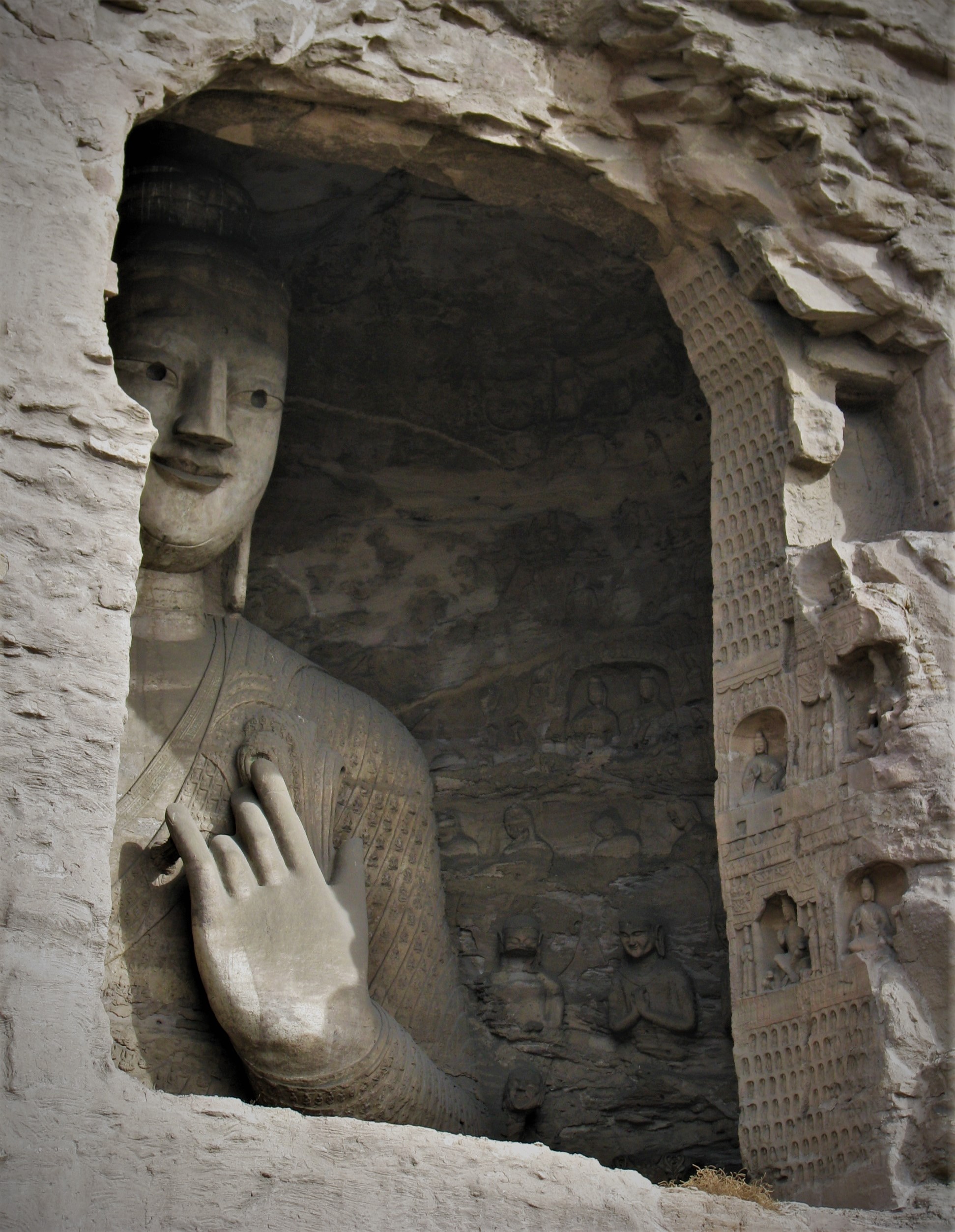 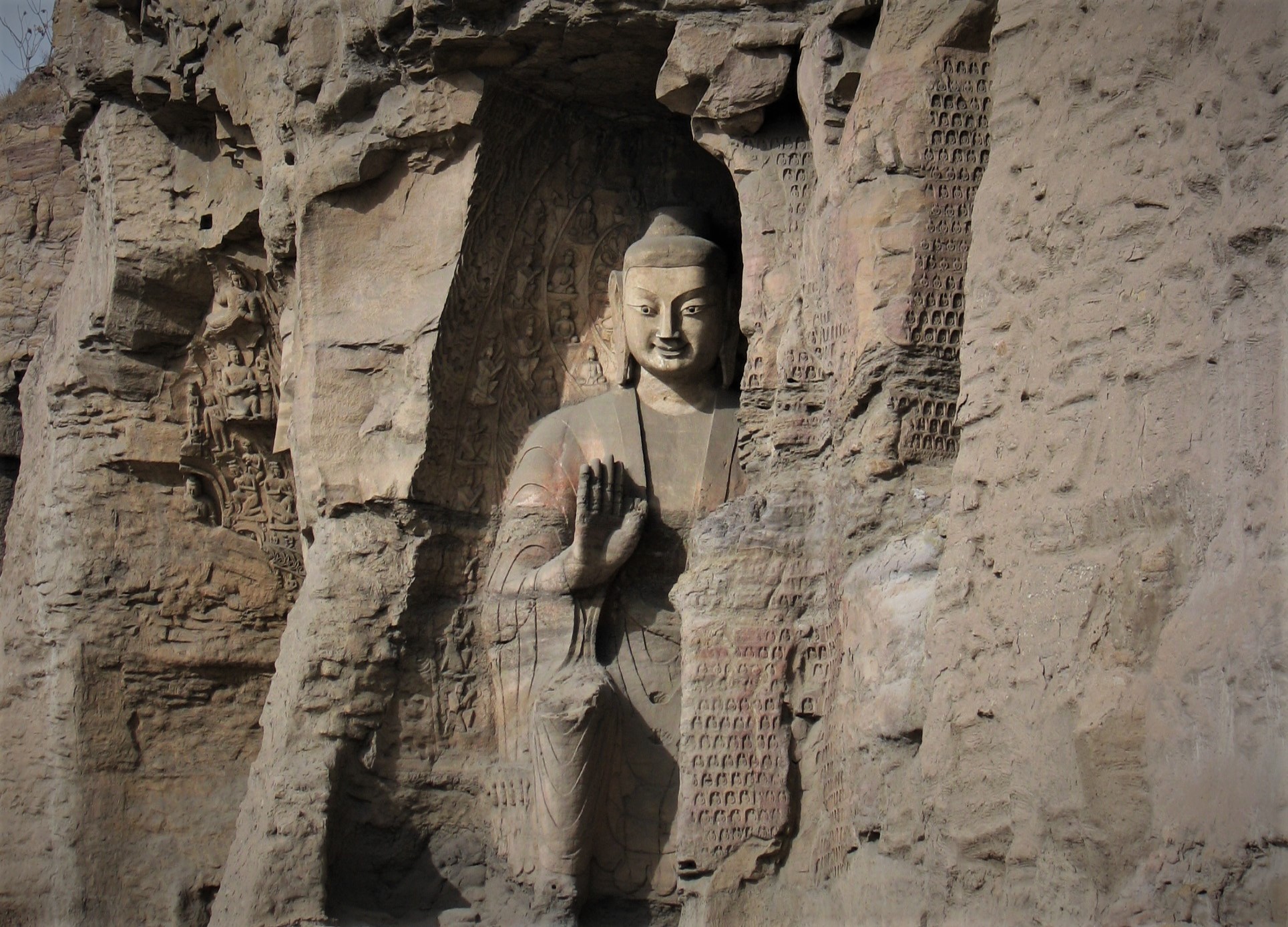 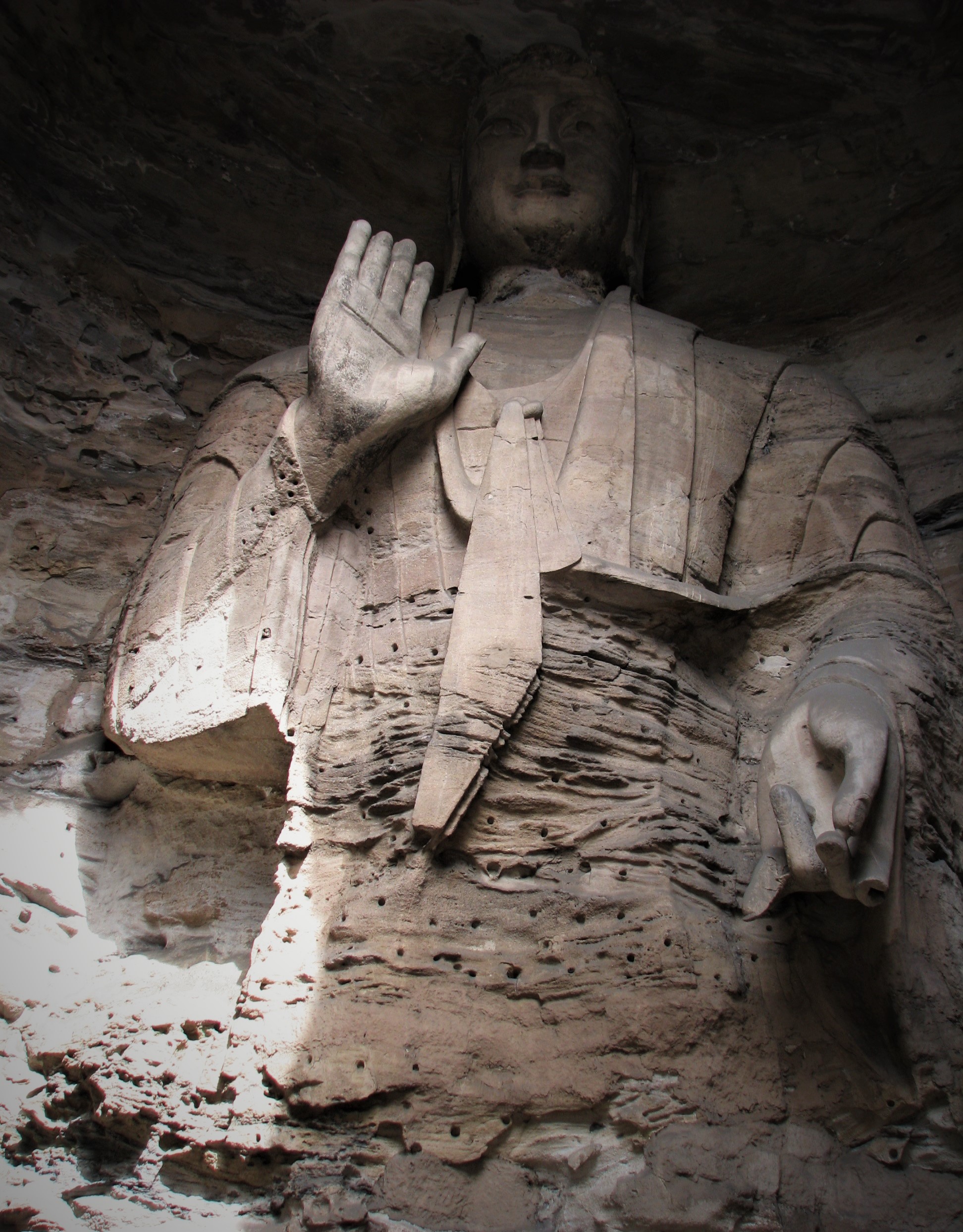 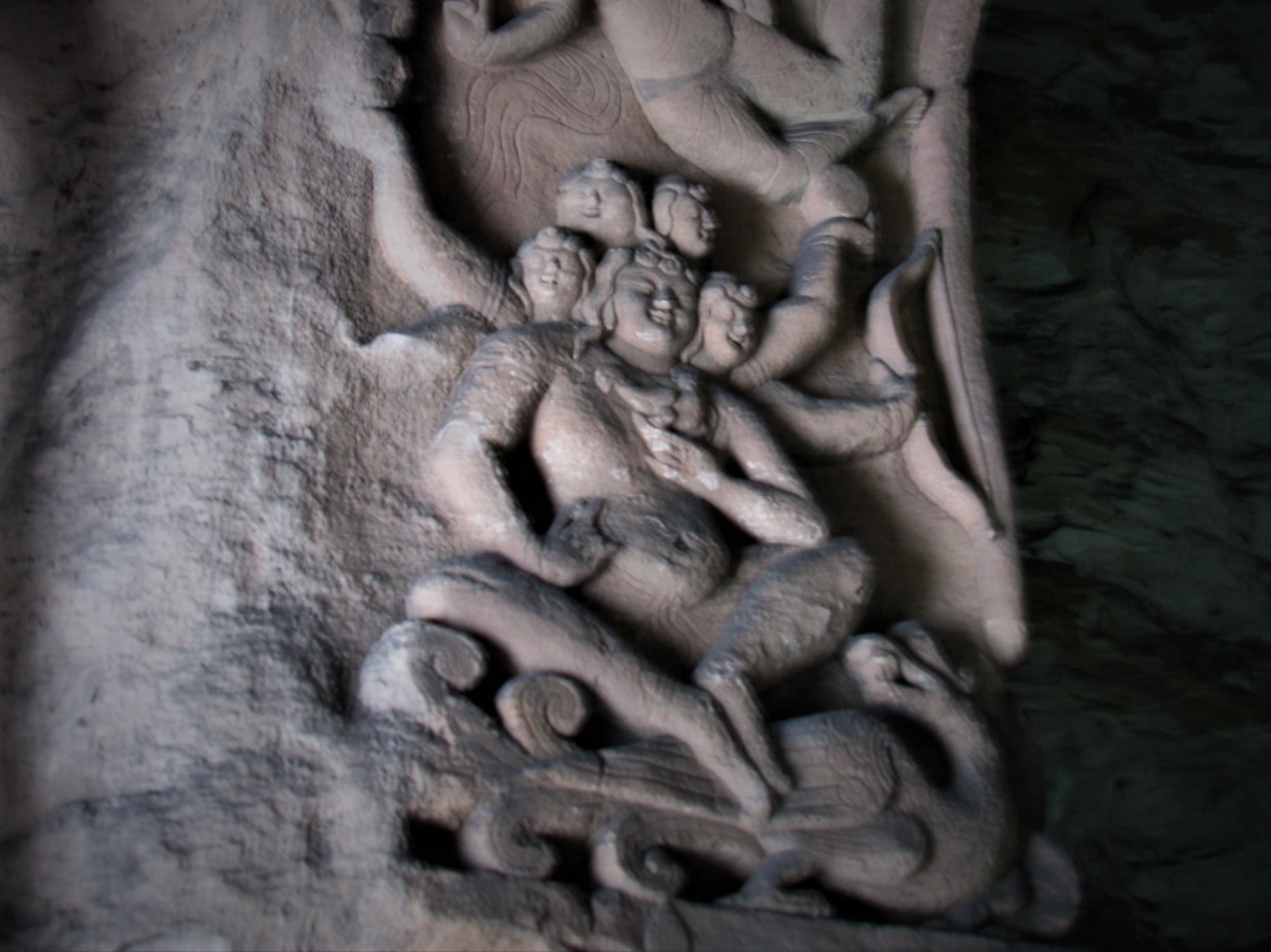 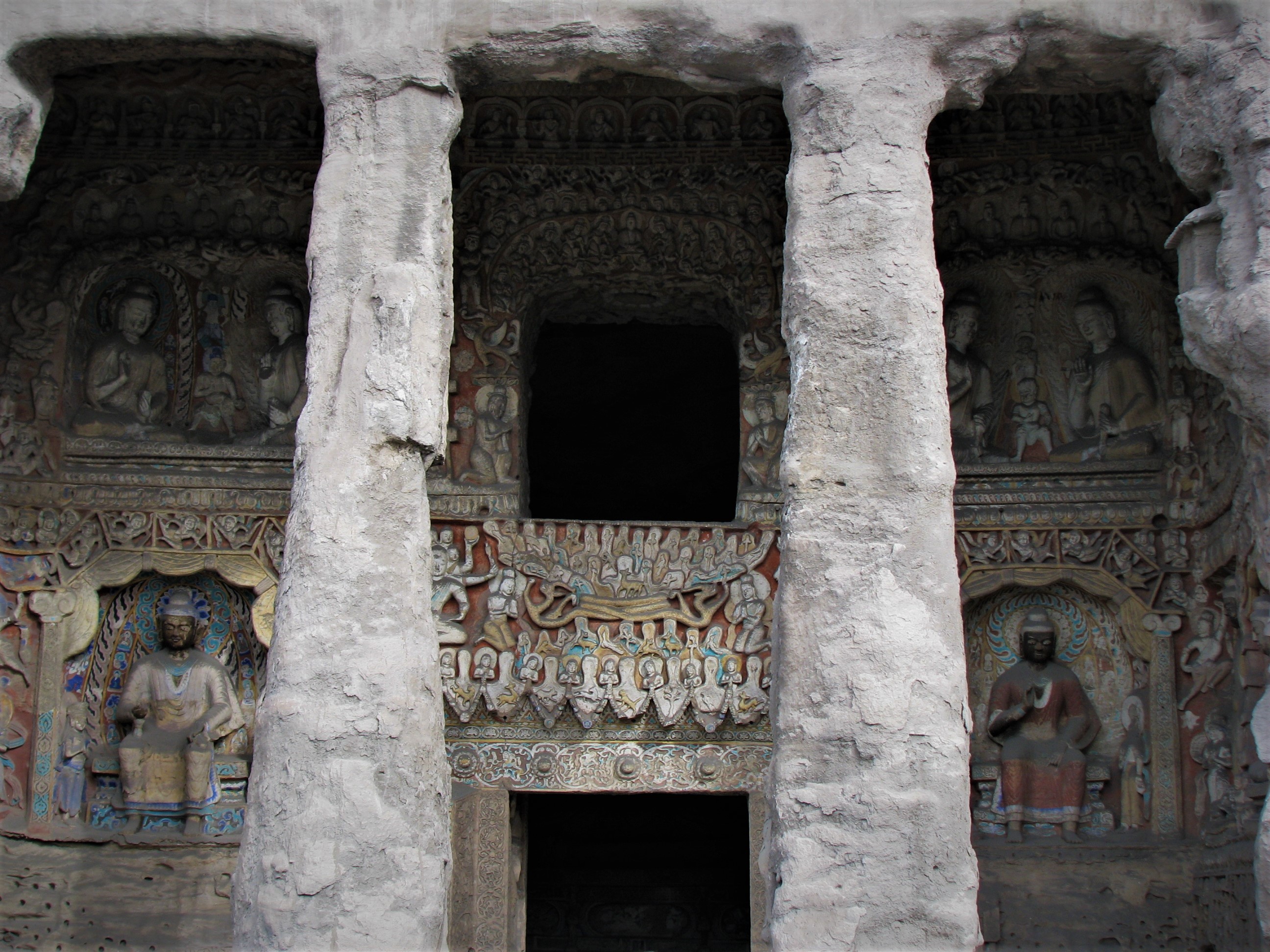 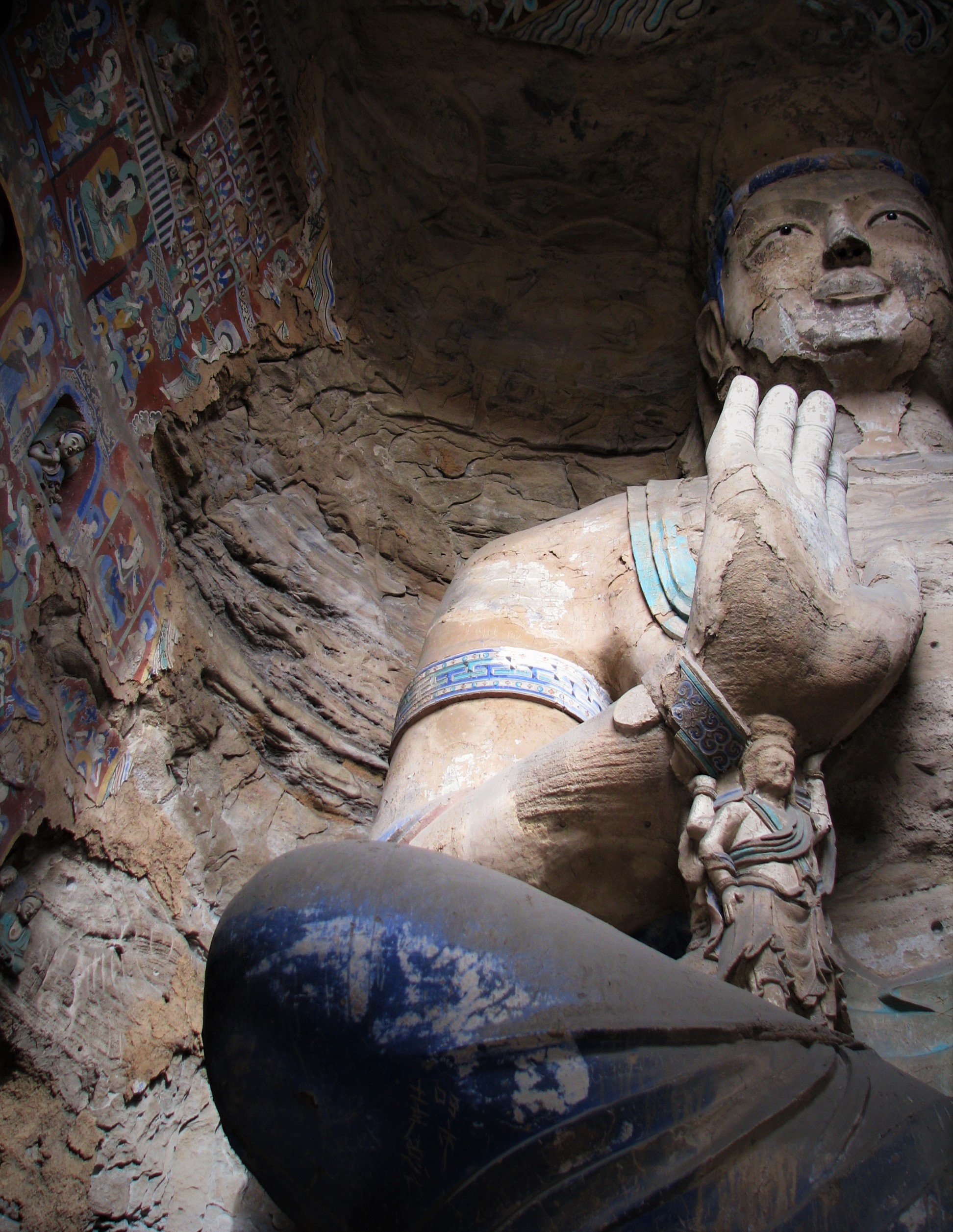 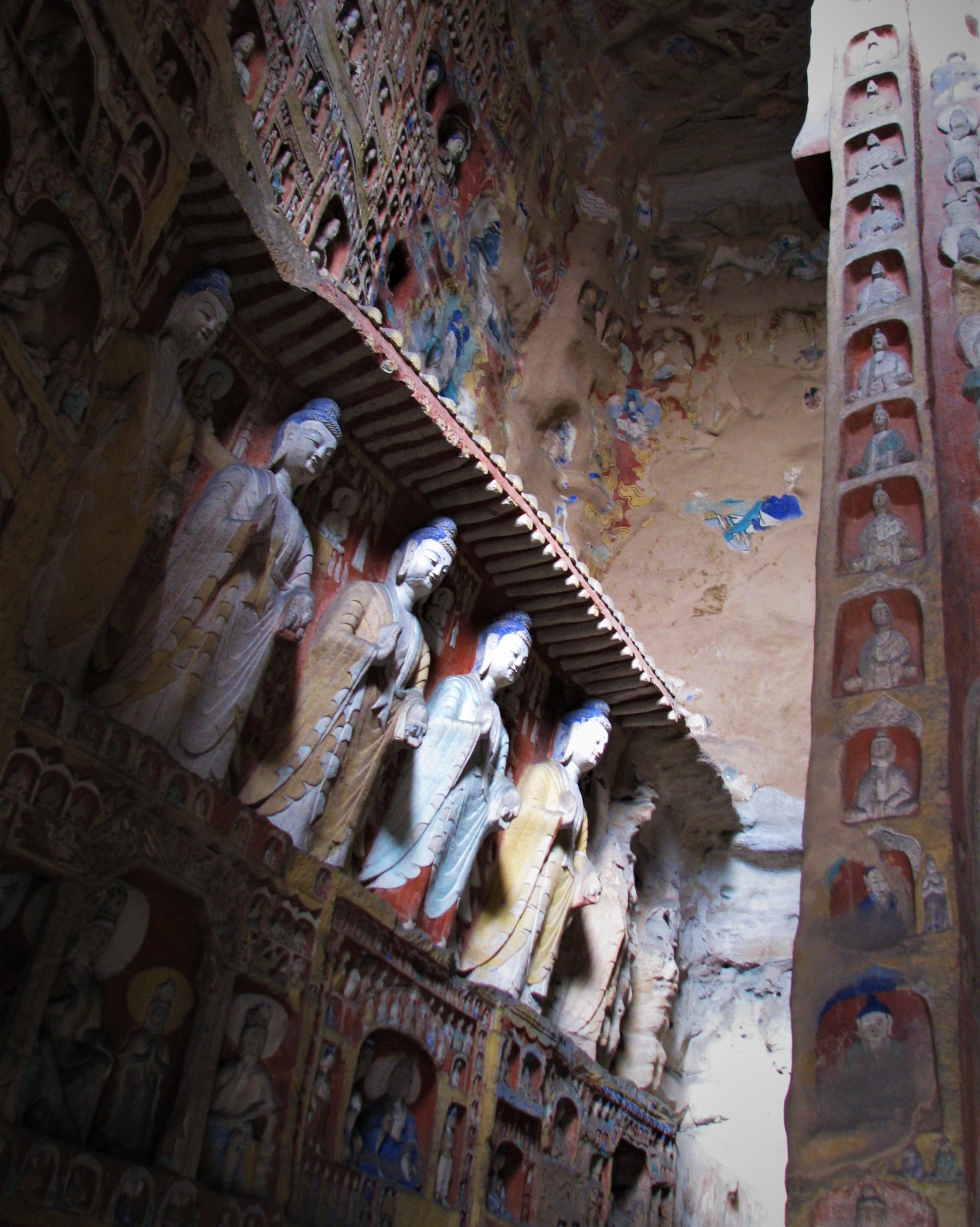 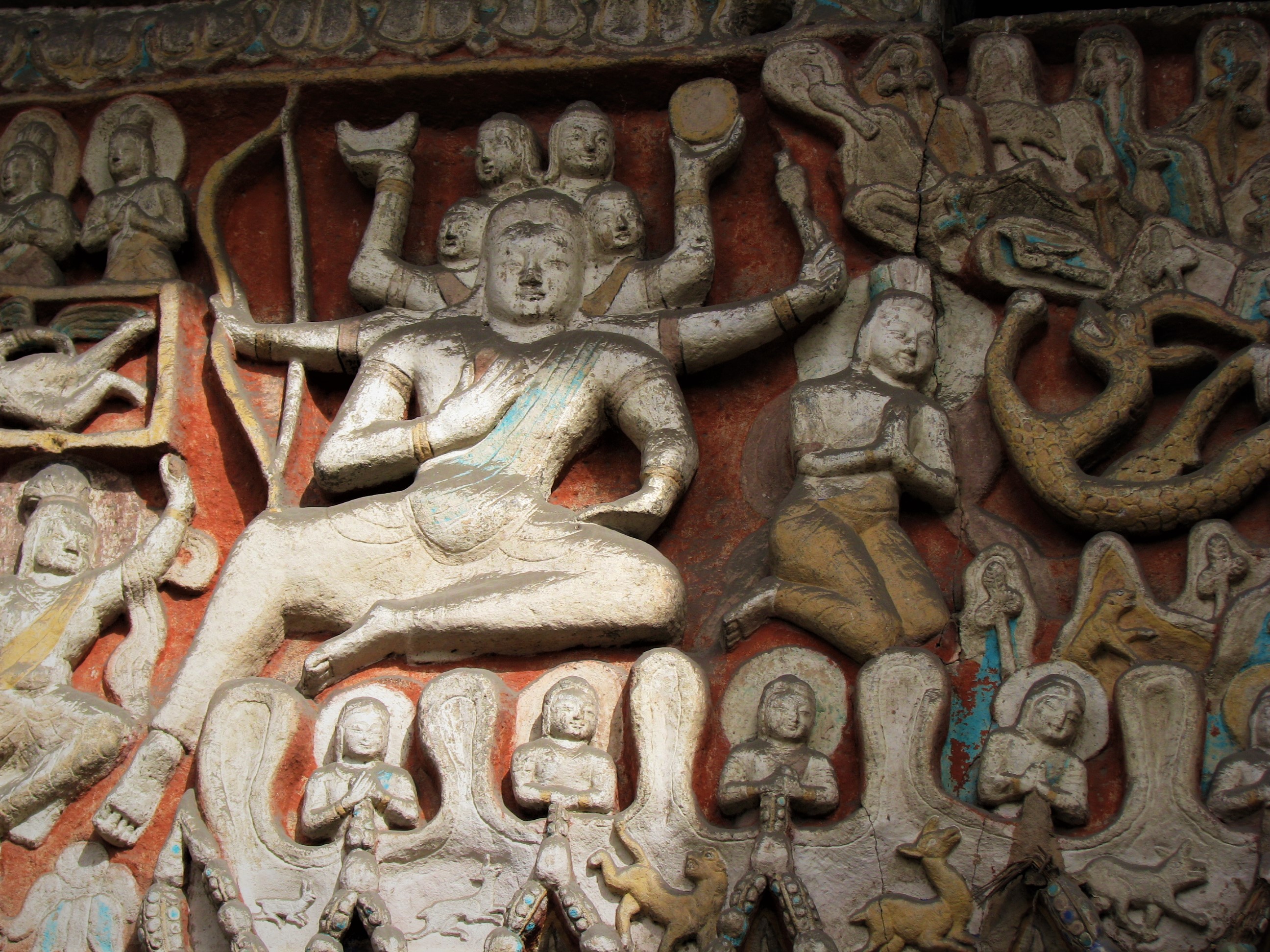 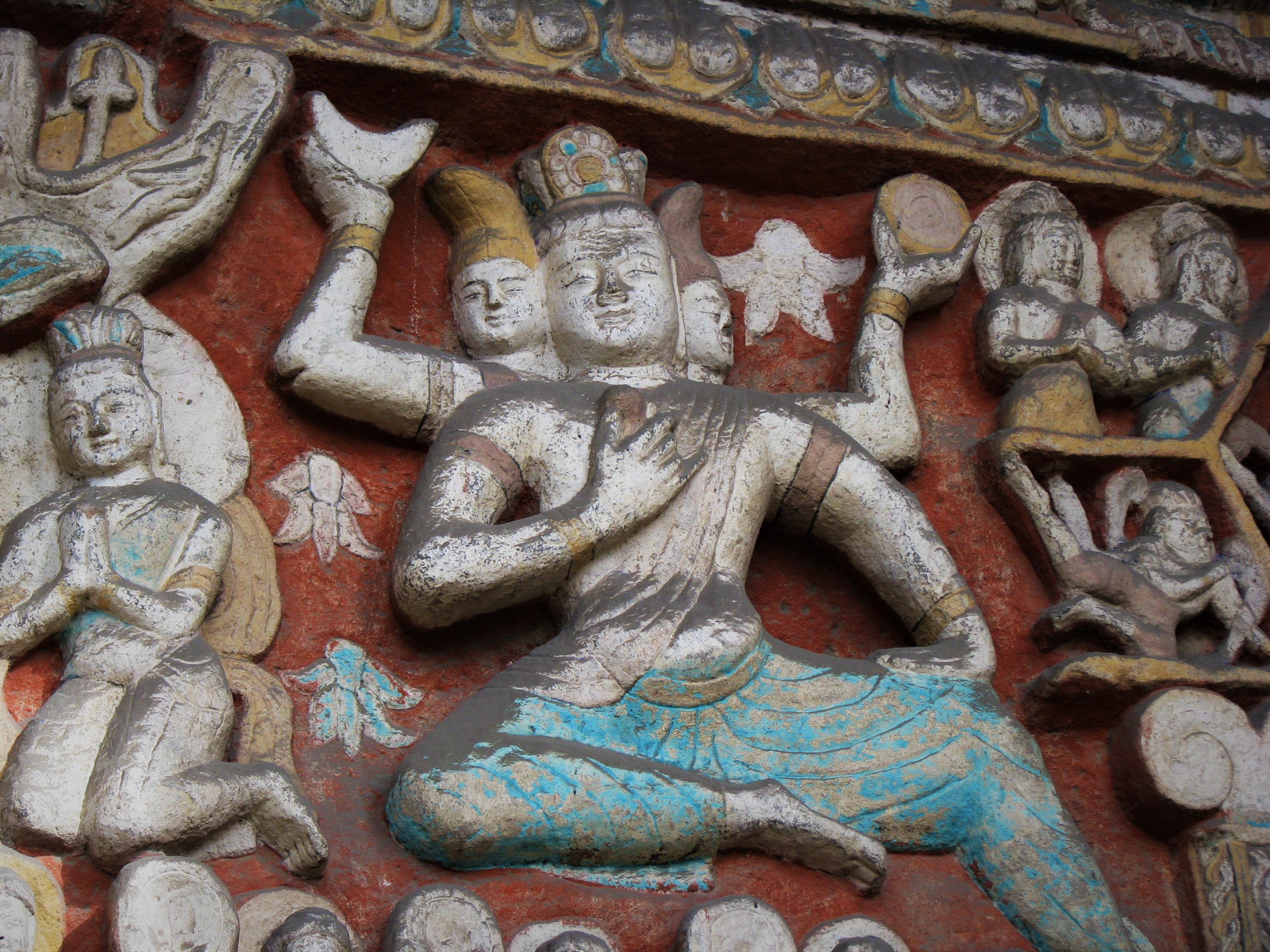 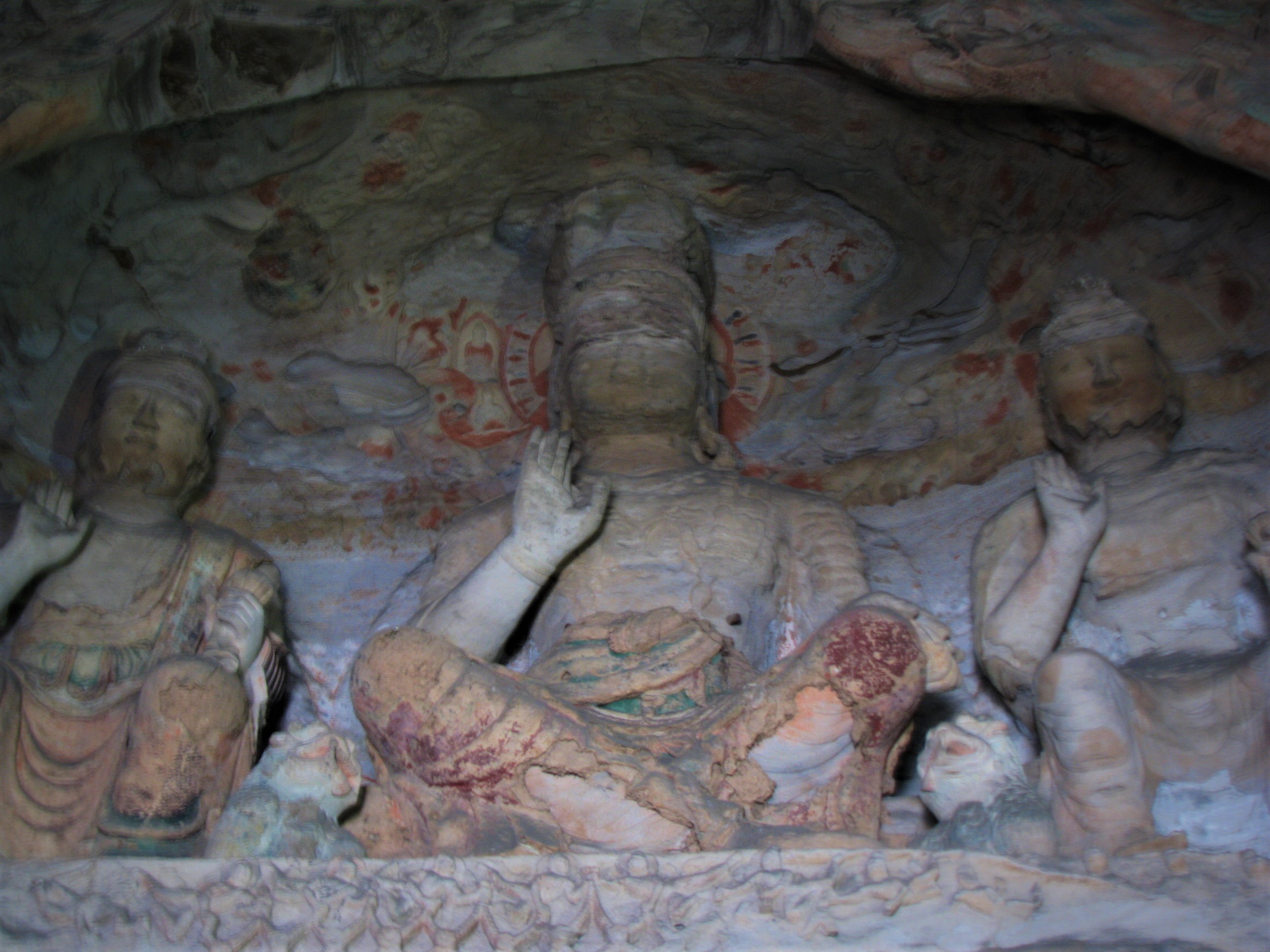 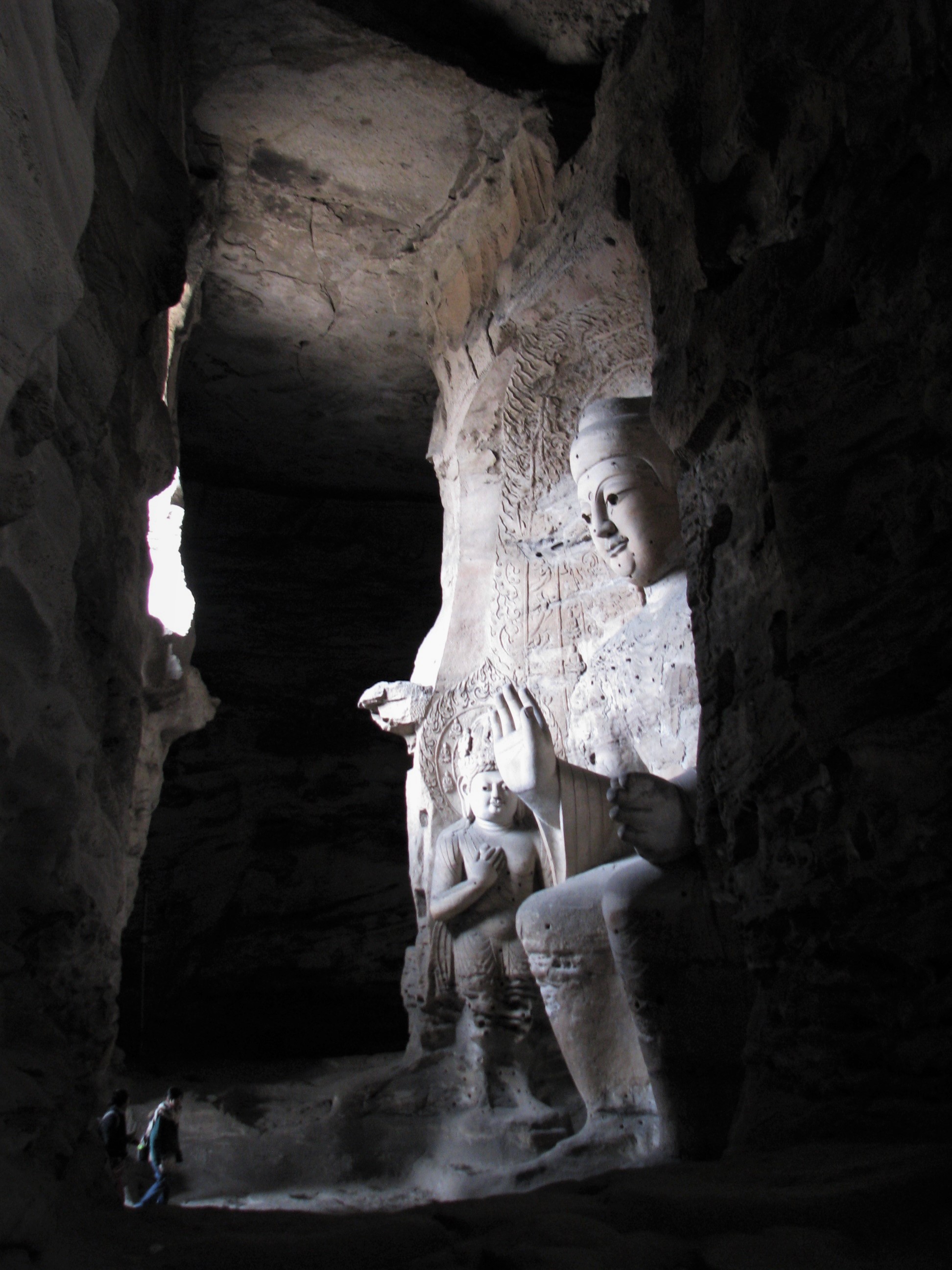 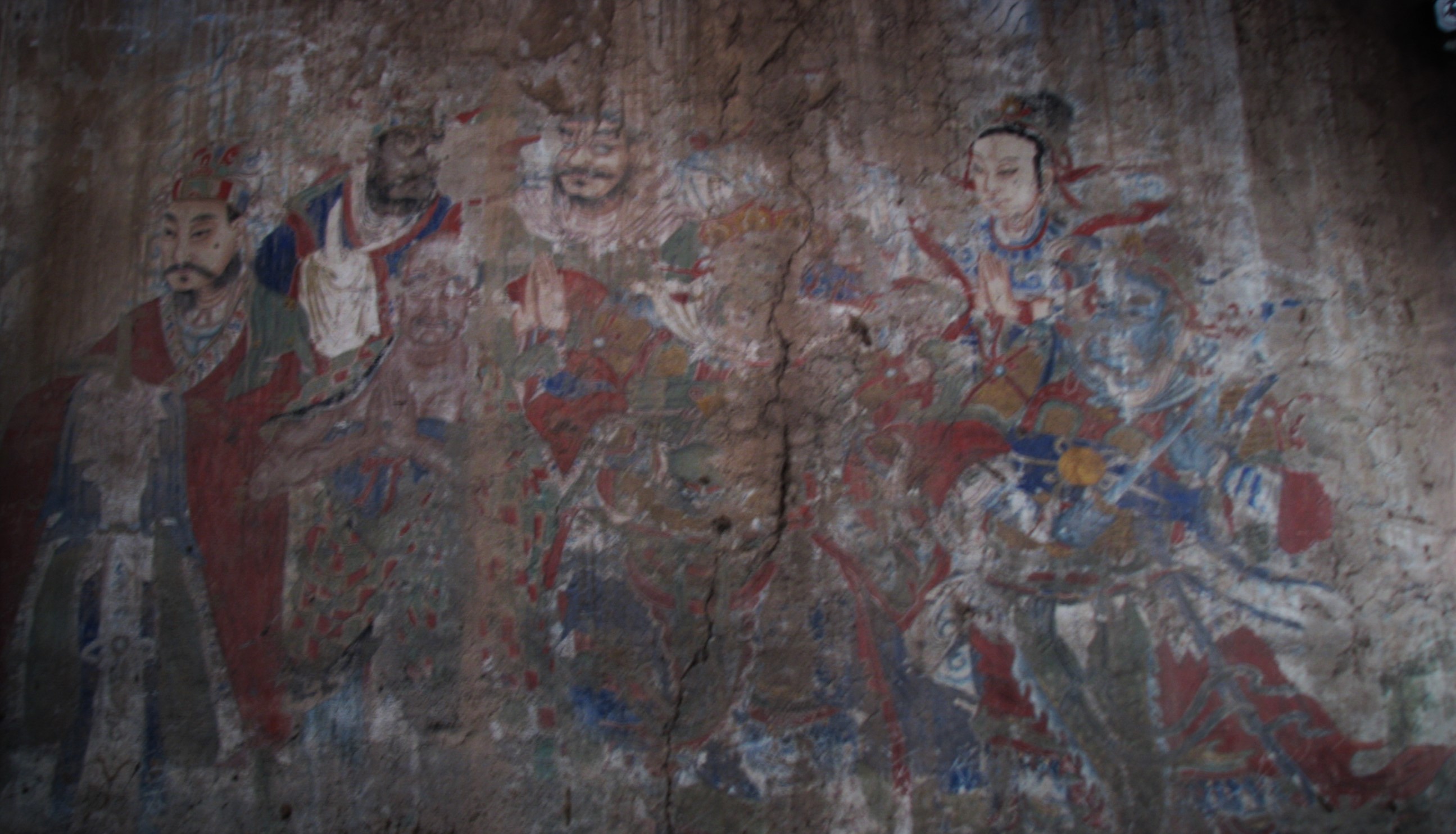 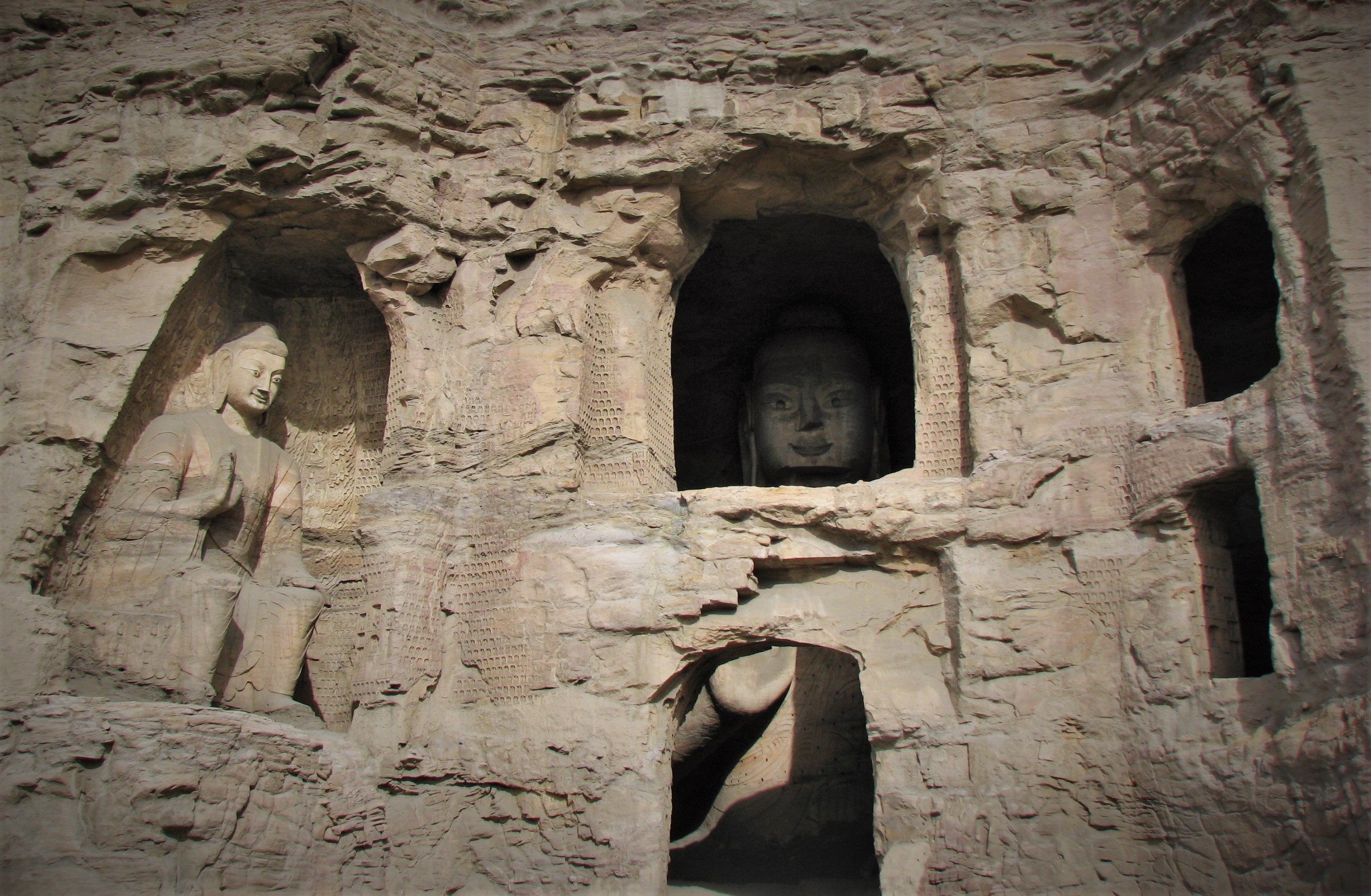 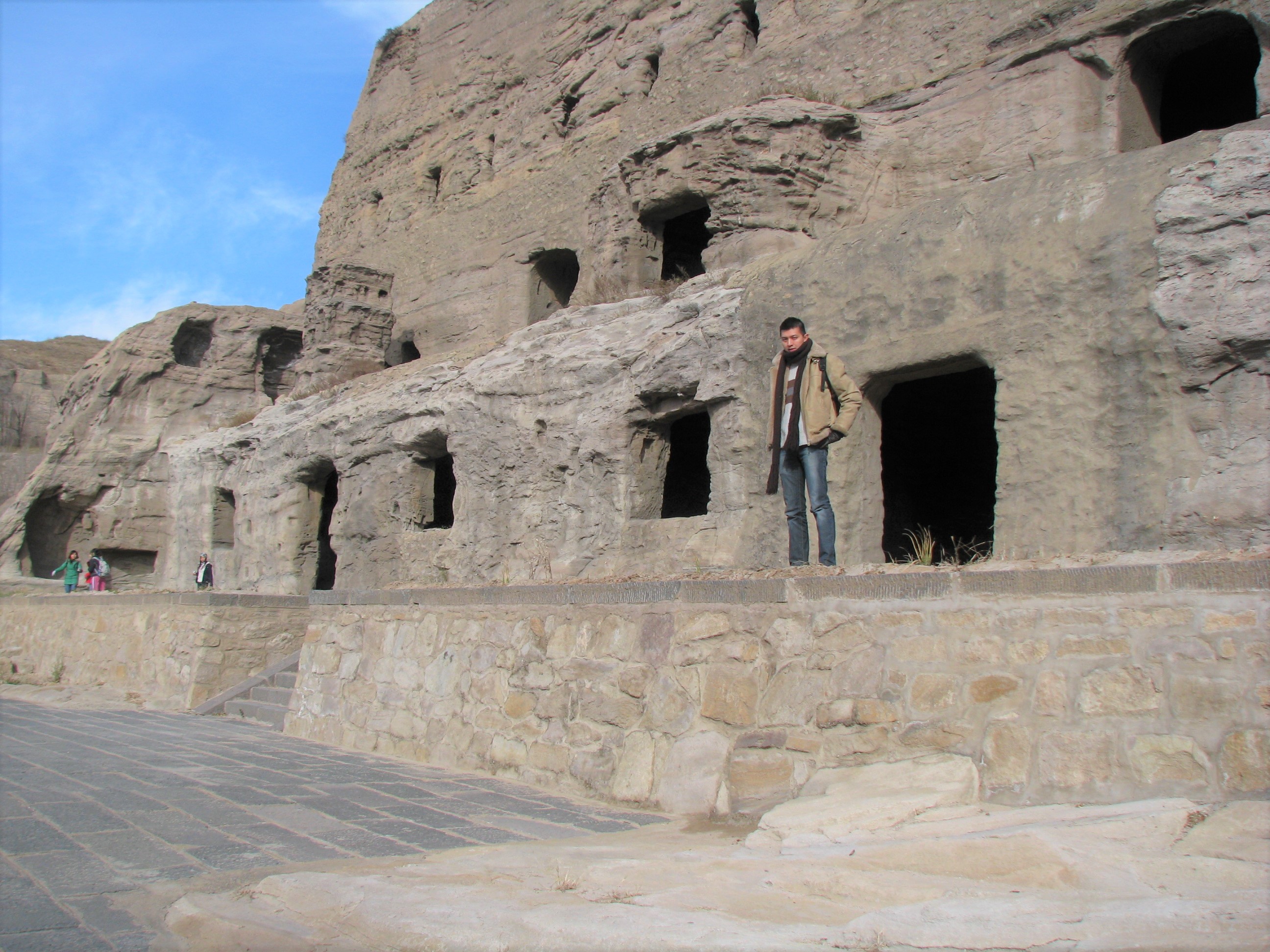 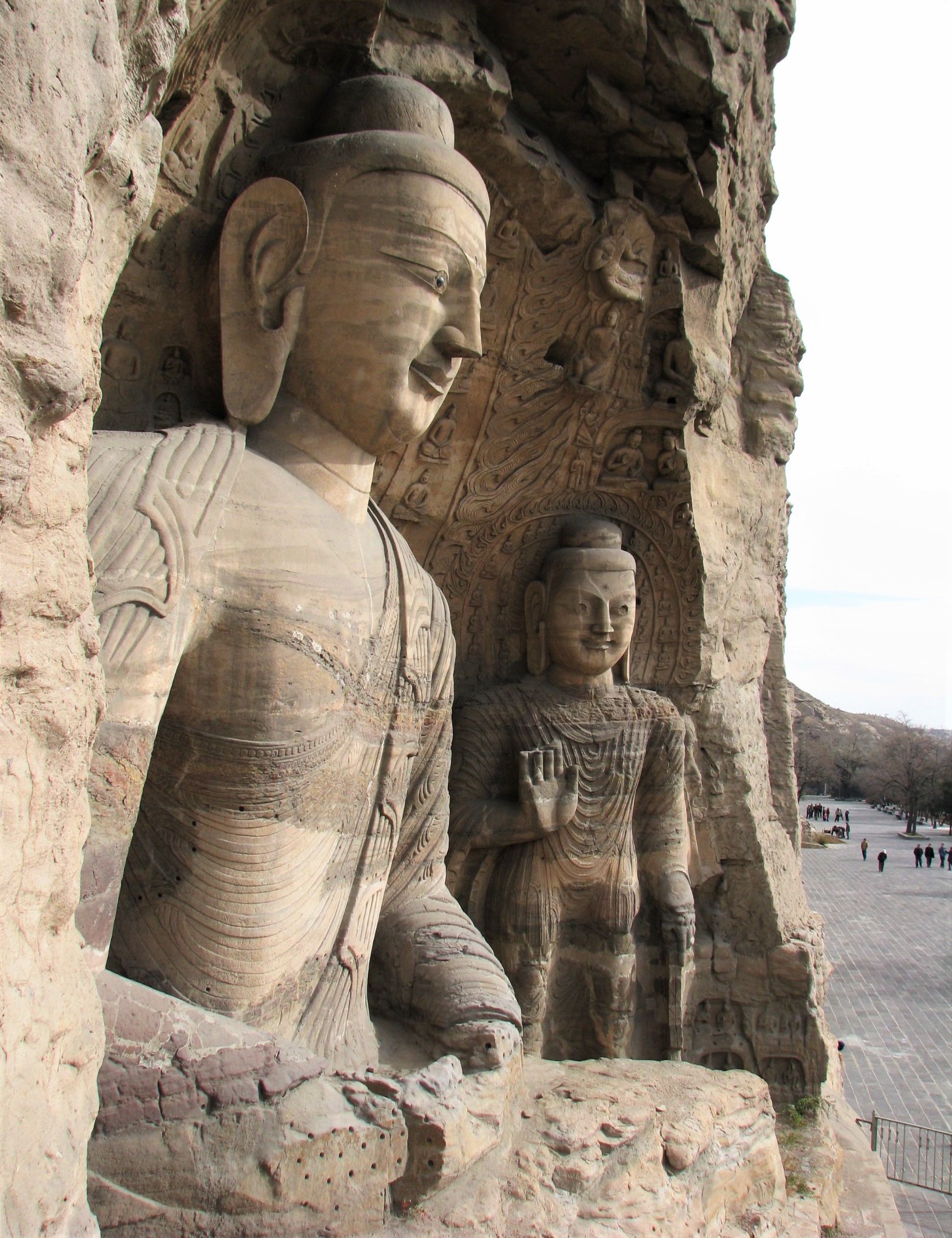 Islamic fanaticism has seen the Taliban destroyed the world heritage site of the Buddhas of Bamiyan back in 2001. Many around the world bemoan the loss of such exquisite works of art and history. Little is known that around the same period – in the 5th and 6th century, China too has carved giant Buddhas out of rock.

Who built the Yungang Grottoes 云冈石窟?

Northern Wei was founded by sinicised Mongolic Xianbei tribe called Tuoba. Much like how the Germanic tribes adopted Roman culture and language, the Tuobas adopted Han Chinese family names and habits, and even encouraged Han Chinese men to marry their daughters to obtain as much Han DNA into their bloodline as possible.

The Tuobas chose the city of Pingcheng 平城 as their capital, today’s Datong 大同 city in Shanxi, China.

What needs to be remarked at this point, is the whole kingdom of Northern Wei was Buddhist, a new religion and philosophy that arrived through the Silk Route from Northern India.

Under the patronage of the royal family, the first Buddhas of the Yungang Grottoes were carved in the year 465 AD.

Constructions were carried out in three phases from 465 to 525 AD.

What to look out for in the Yungang Grottoes 云冈石窟?

The largest grotto, measuring 25m in height and 50 square metres big.
Here, a giant Buddha is seen sitting on a throne, flanked by two Boddhisatvas.

This is the most intricately-carved grotto, measuring 20 metres in height. It is also the most famous of all Yungang Grottoes. Divided into two storeys, the grotto tells the life story of Gautama Buddha and how he attained enlightenment. Constructed between 465 and 494 AD by Emperor Xiao Wen, this is one of the most colourful grottoes in Yungang. Yet because the sculptures have been painted up to twele times, it is no longer possible to ascertain the original colours.

Collectively these five grottoes are the most ancient in the site. Grotto 16 is my favourite grotto of all. The giant Buddha is the best-carved of all, with extremely human facial features. The bottom half of the statue has disappeared but it certainly adds much to the charm of this ancient sculture. Grotto 18 has a 15.5m tall Buddha with ten beautifully carved disciples around him. Grotto 20 has a 13.7m tall Buddha that peers out of the cave, and is known as the exposed Buddha.

Known as the Musicians’ Grotto, this grotto showcases the dancing Gandhanra 飞天 playing all kinds of instruments. Known as Feitian 飞天 in Chinese, Gandhanra are mythical agendered creatures not similar to fairies, that came to China together with Buddhism.

How to get to the Yungang Grottoes 云冈石窟?

Either hire a taxi from Datong City or organise a private tour at your hotel there.
Nanjiao, Datong, Shanxi, China
山西省大同市南郊区
www.yungang.org