Memphis – The City of Music 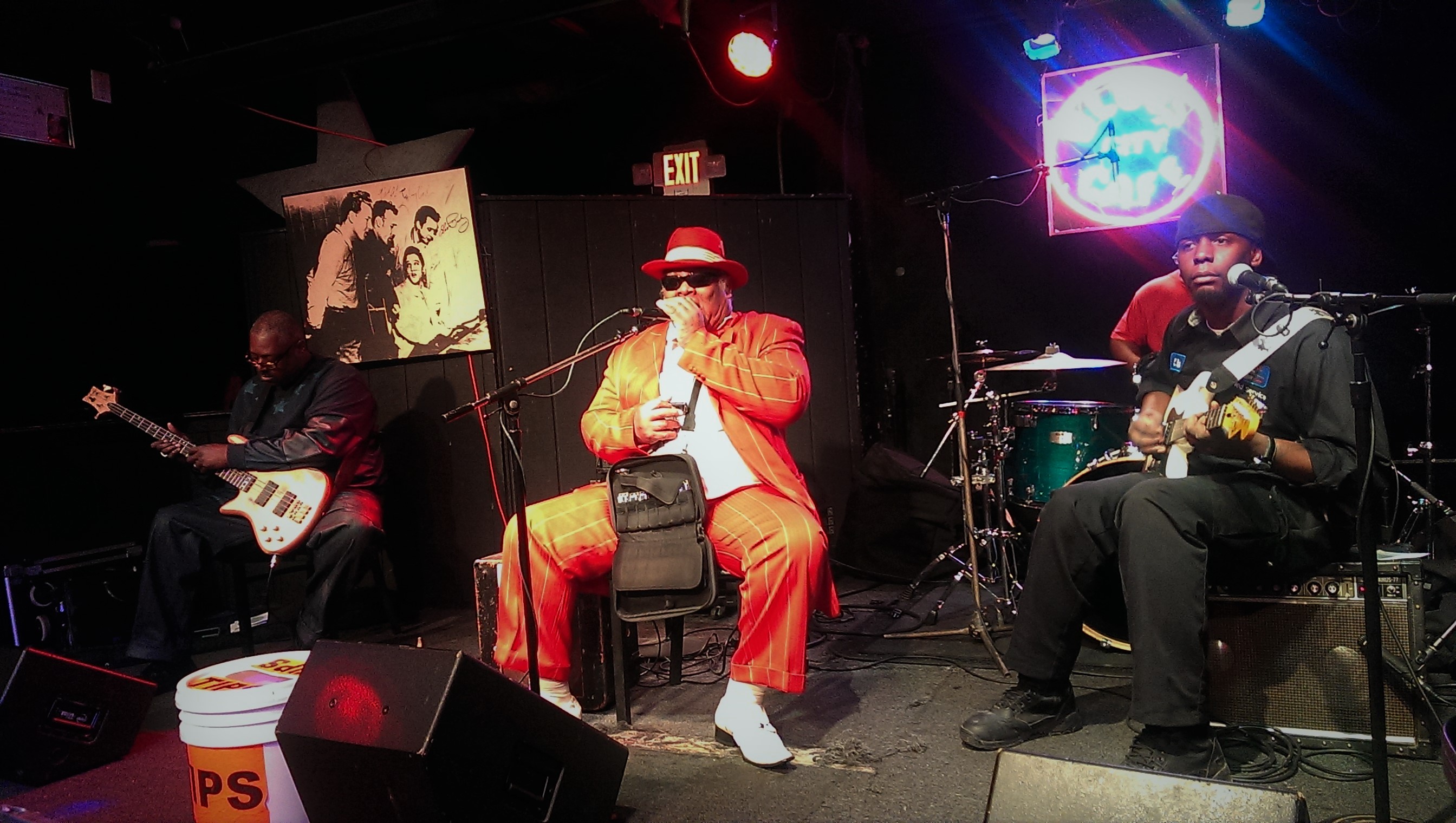 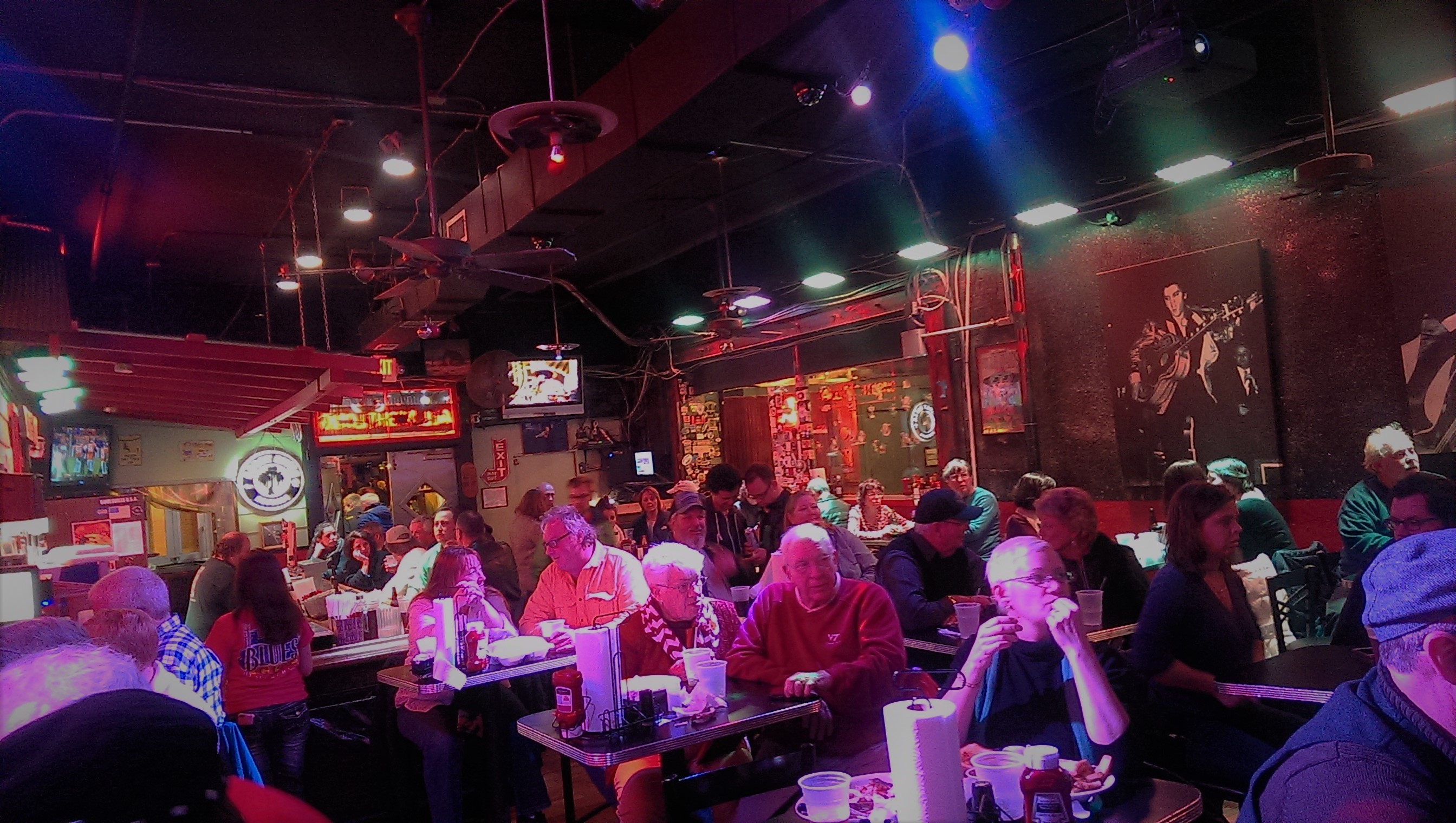 Memphis is a city along the Mississippi River in the US state of Tennessee. For a city with such an influence on racial relations in American history and the place of origin of the music that has defined western pop culture in the decades after the Second World War, Memphis is a fairly young city founded only in 1819 – the same year as Singapore.

In Memphis, you can still hear how music made by two different communities – the whites play country music, whilst the blacks play the blues. This two often mixes and repels each other in their constant influences on other strands of contemporary American music like rock n’ roll, soul, R1B, hip-hop. These in turn influence the music in other continents like western Europe and East Asia.

Just as for the two centuries past, the city continues to be plagued by crime and poverty, both the sources of music and depopulation.

Located in Downtown Memphis, Beale Street was originally called Beale Avenue. It is quite long, running nearly 3km from the Mississippi River to East Street.

A visit to Memphis should not exclude several nights of enjoying the blues and the jazz in the bars along Beale Street. As mentioned, crimes are abound in Memphis, so do stay in a hotel very close by and stay on the main road and try to blend in in terms of appearance.

It is a wonder this tiny non-descript music studio produced the most listened albums of postwar American music. Opened in 1950 by rock-and-roll pioneer Sam Phillips, the studio is located on the Union Avenue in Memphis. Sun Studio is basically the cradle of rock-and-roll, country music and rockabilly. Artistes who have recorded there included B. B. King, Johny Cash and of course Elvis Presley. Now, you can not only stand on the spot where Elvis sang, but also listen to an impromptu jam session by Elvis Presley, Jerry Lee Lewis, Carl Perkins, and Johnny Cash on 4 December 1956. 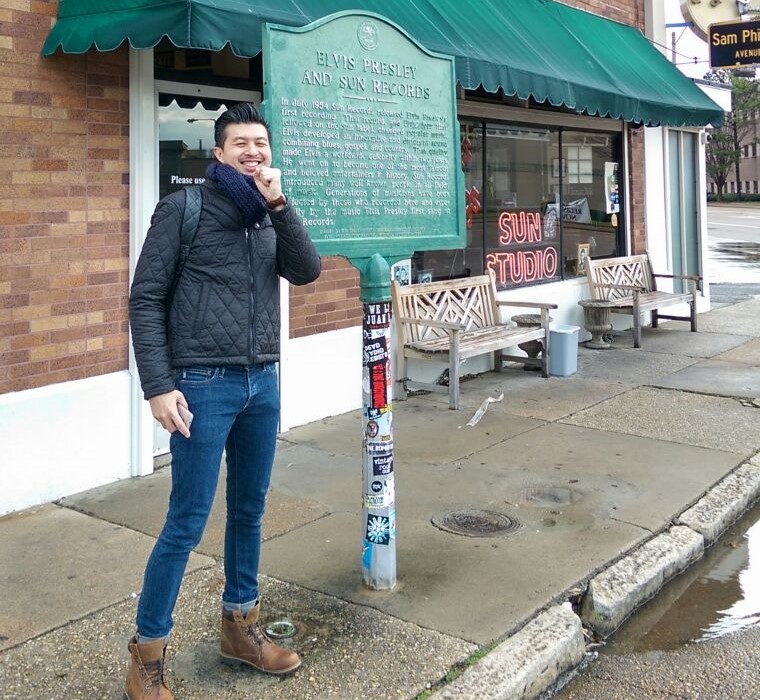 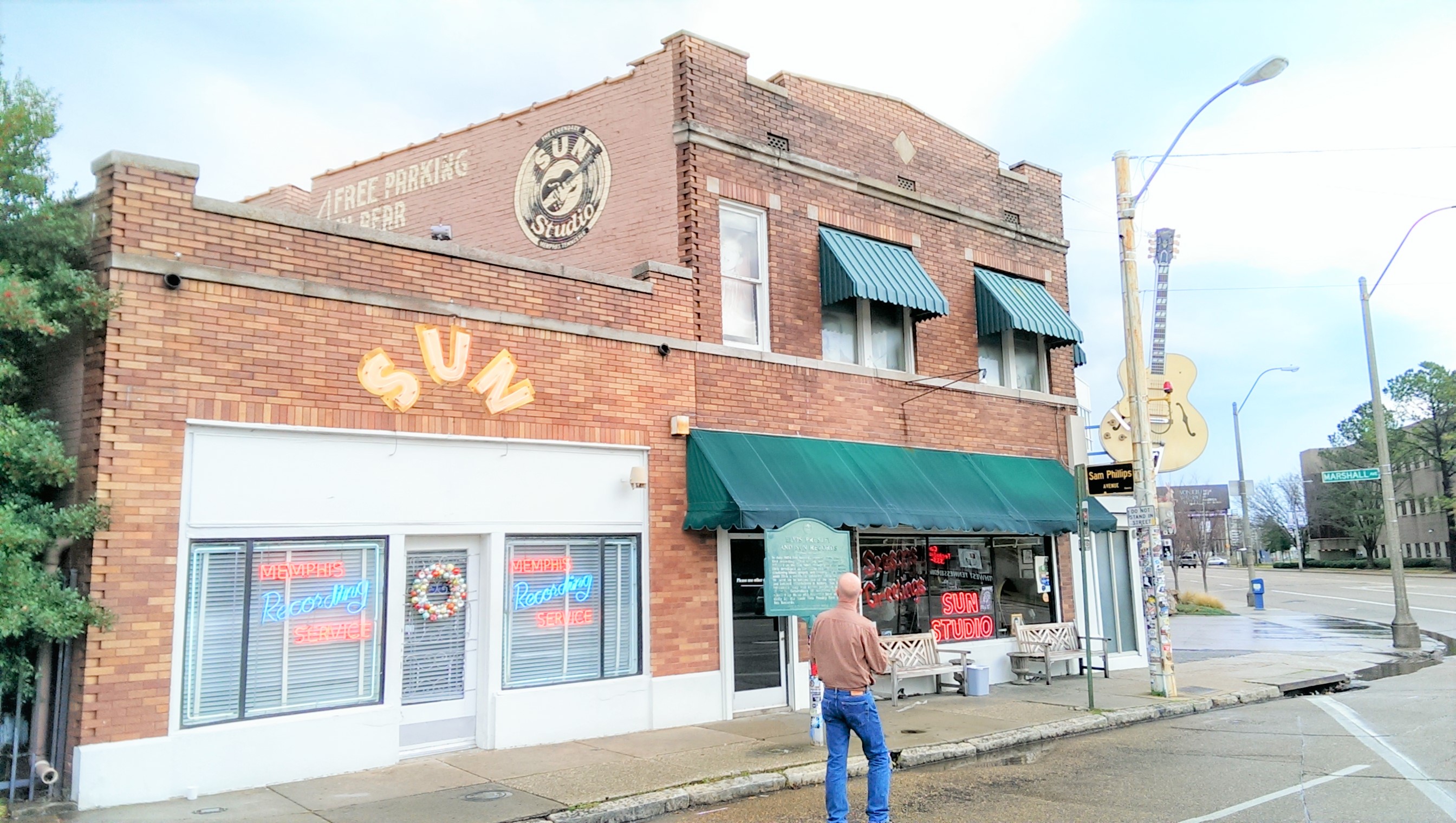 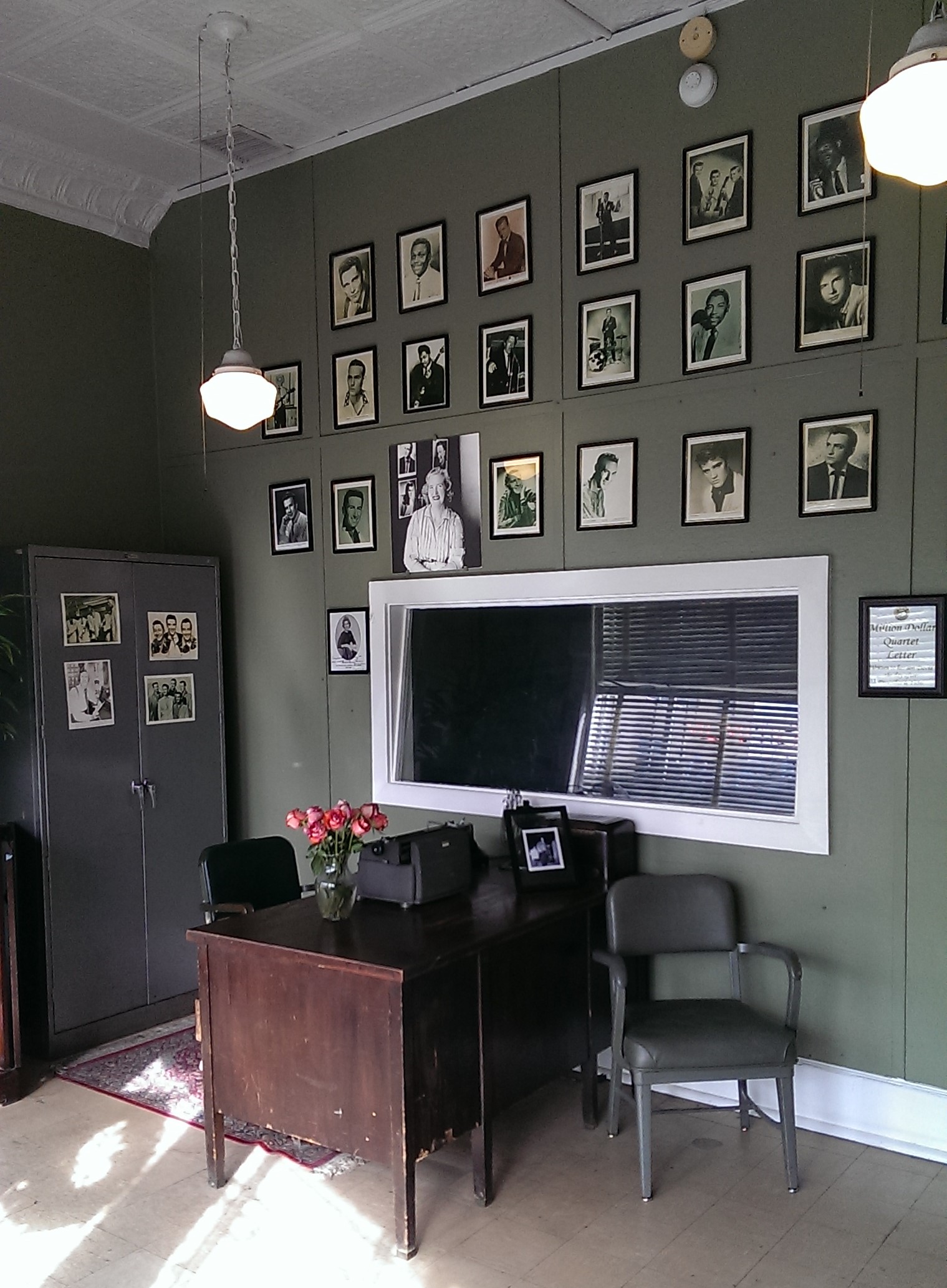 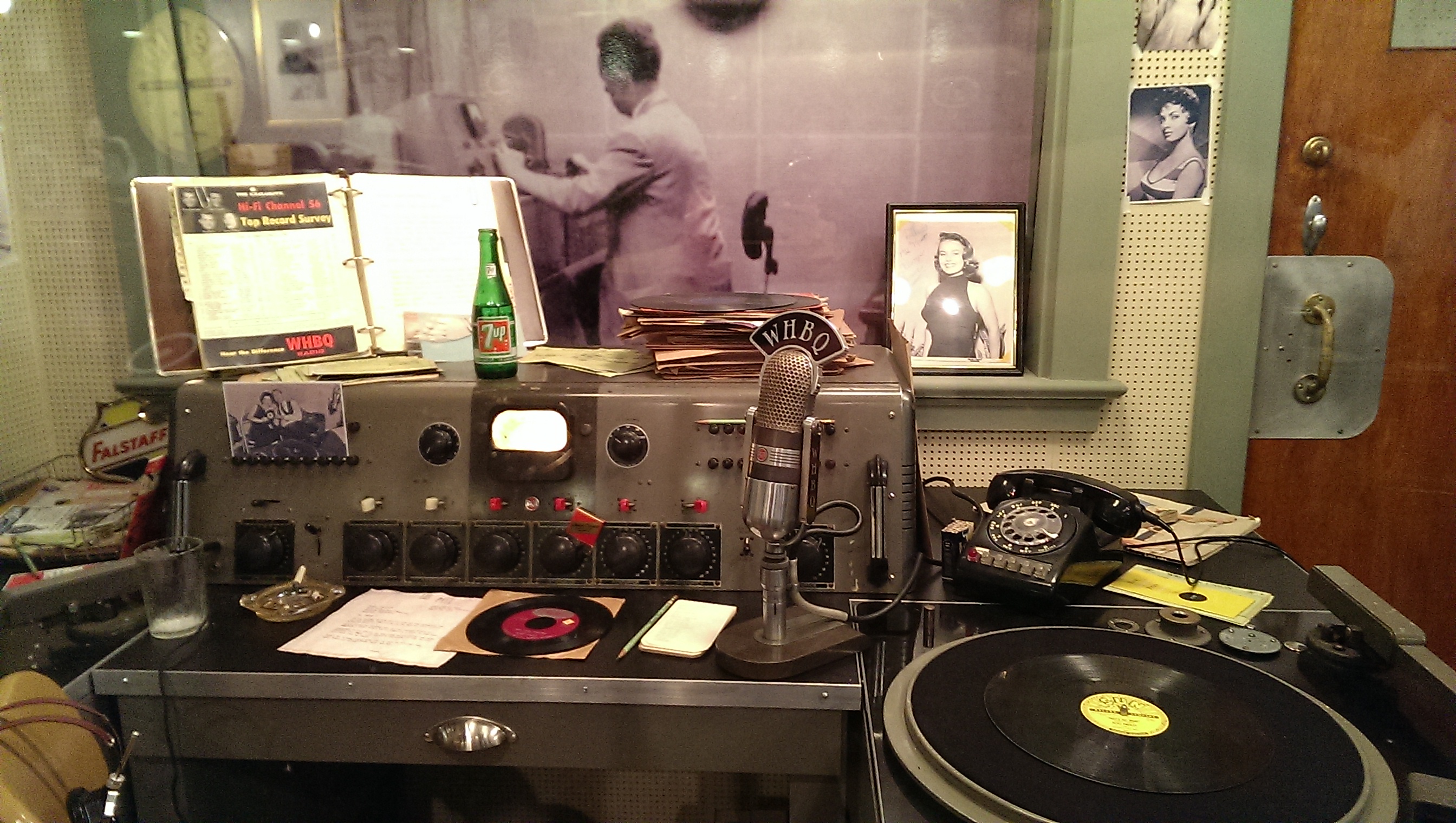 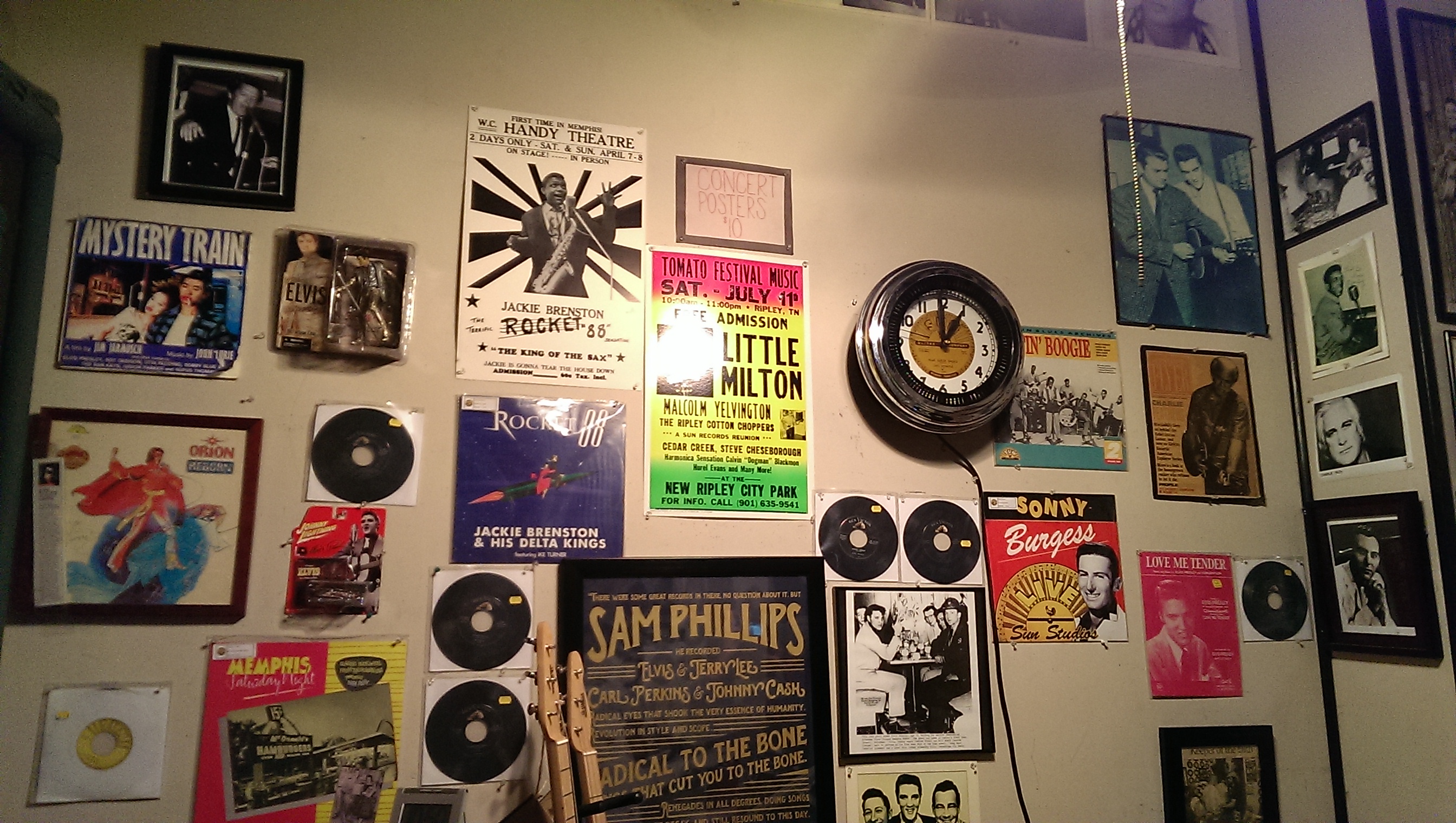 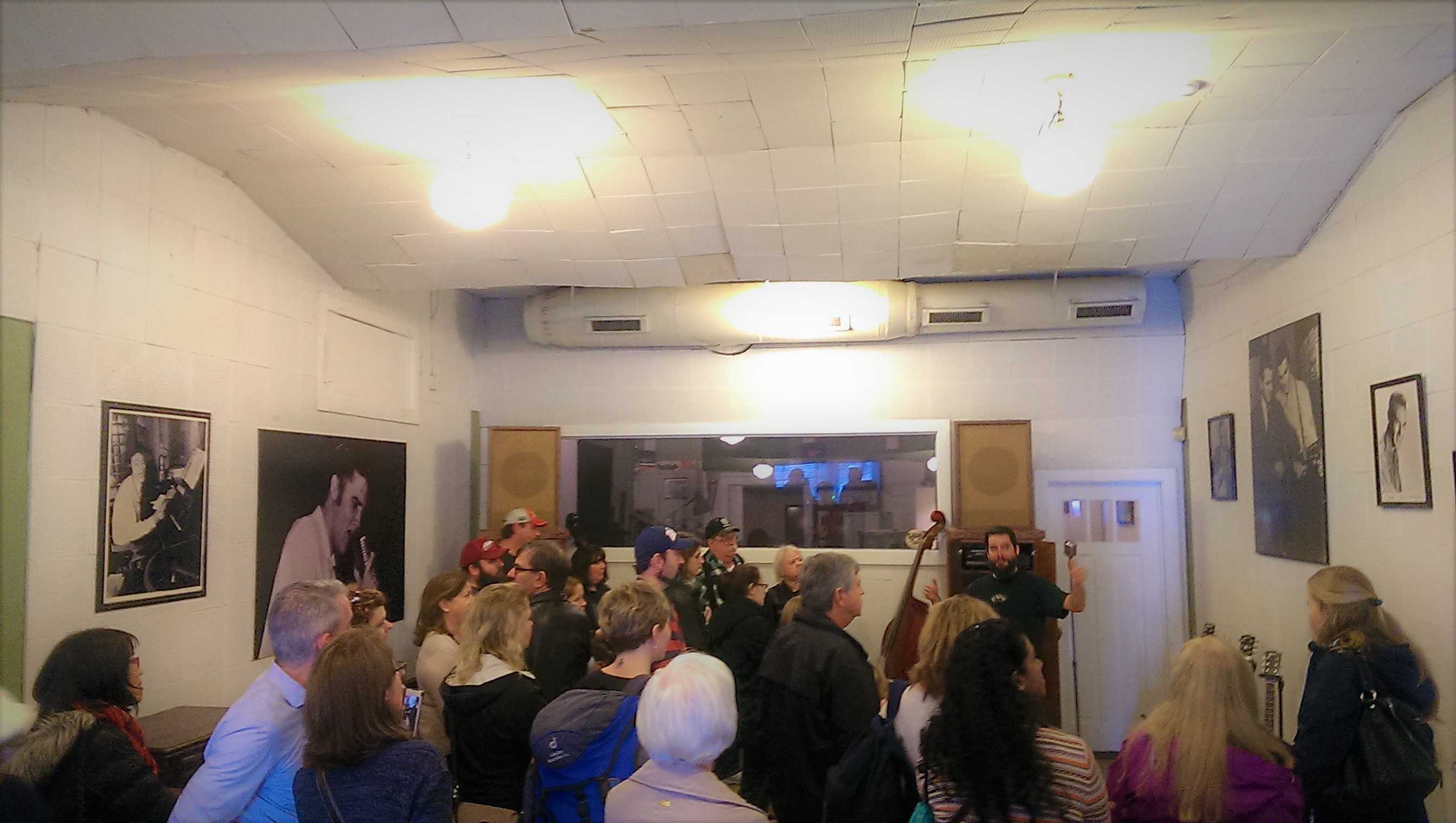 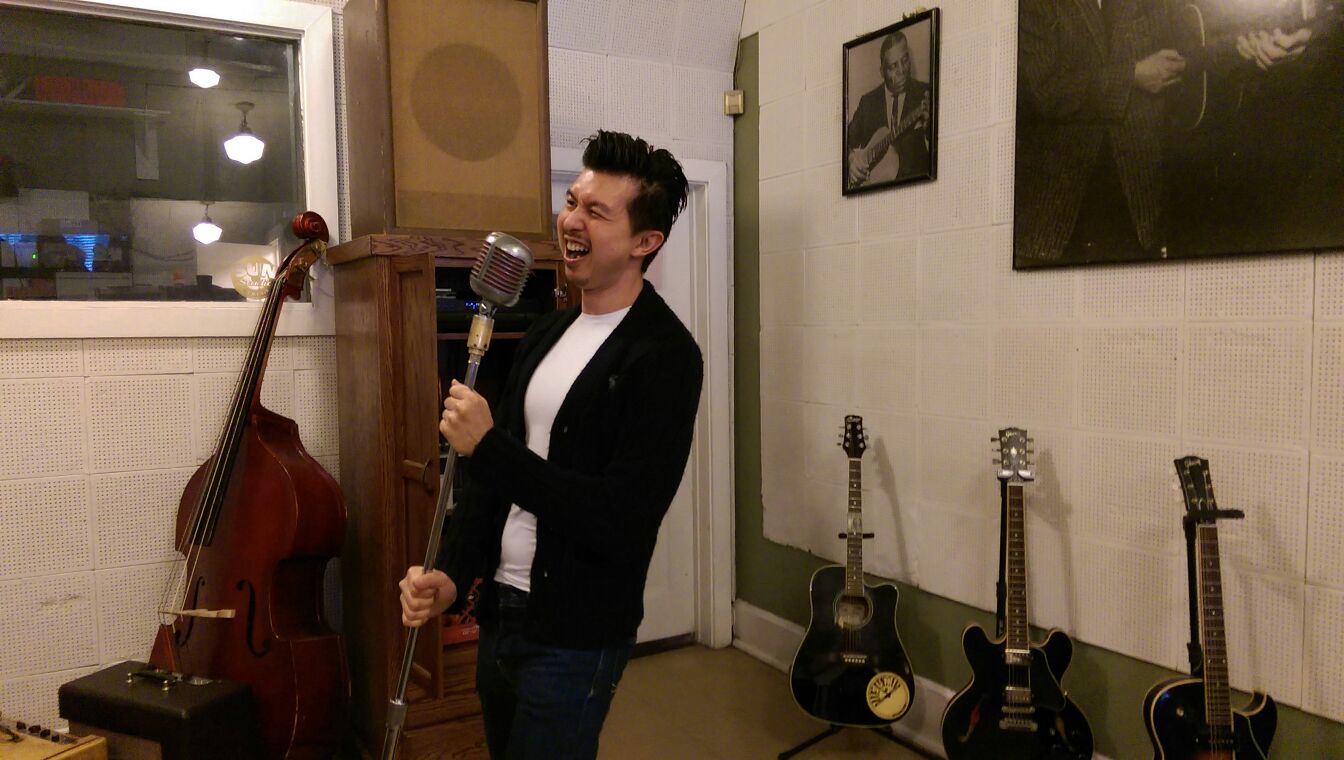 The National Civil Rights Museum is a complex of museums built around the former Lorraine Motel, where Martin Luther King Jr was assassinated on 4 April 1968. The museum opened in 2014 and tells the complex tale of the history of African-Americans and their continuous struggle for equal treatment and rights, even up till today. It is an impressive monument on its own, an incredible learning experience and certainly a very emotional one for me. 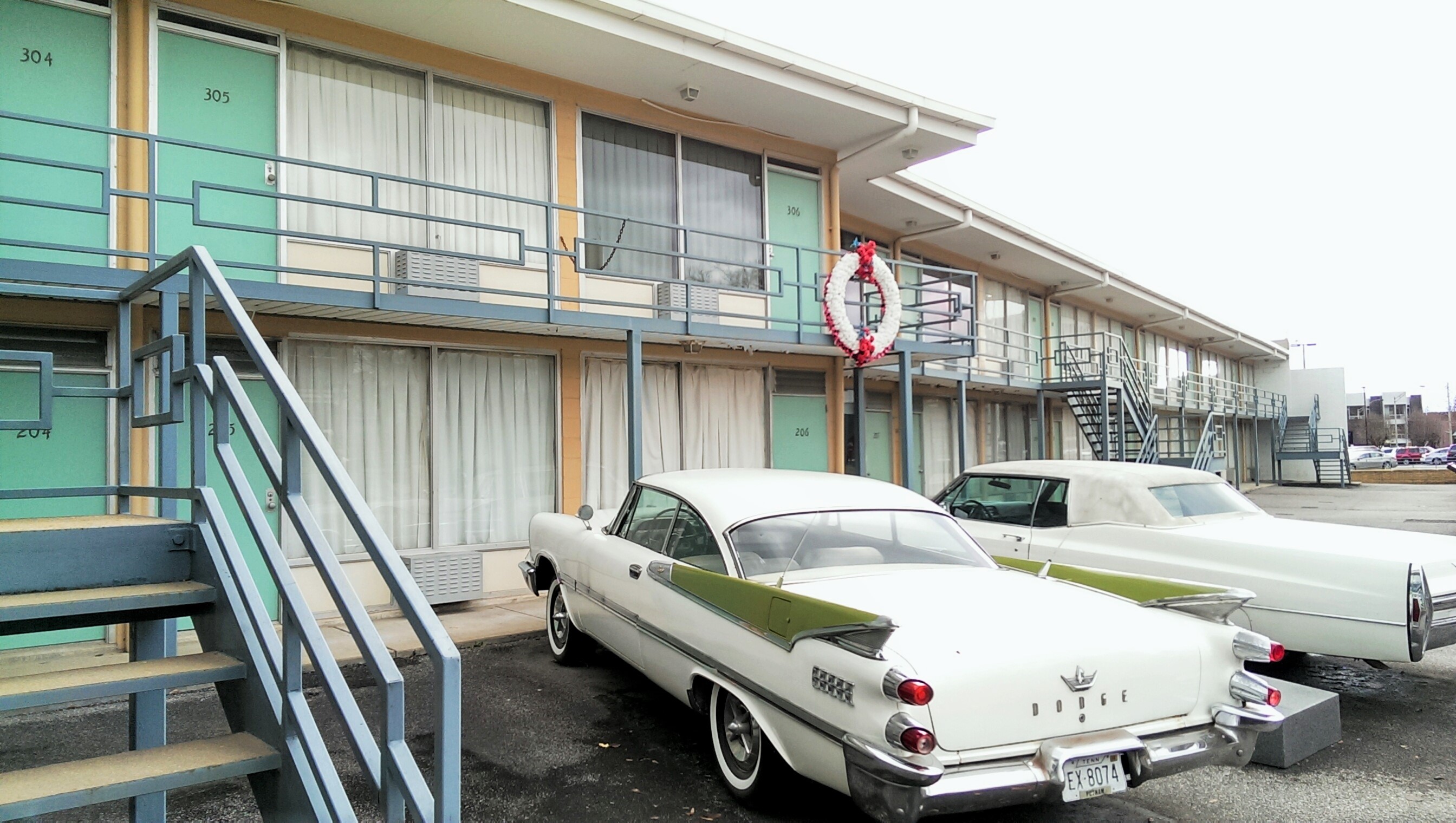 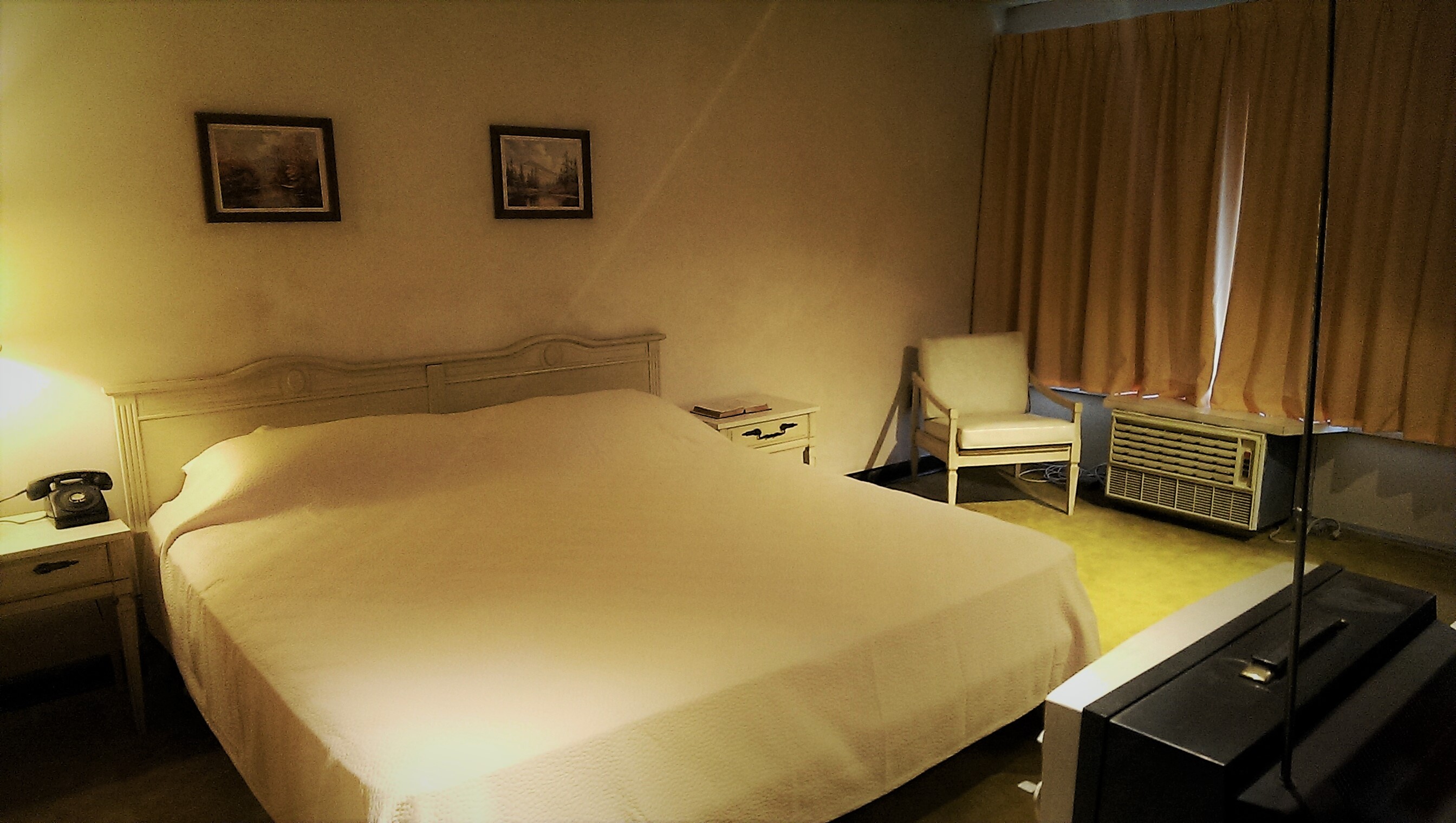 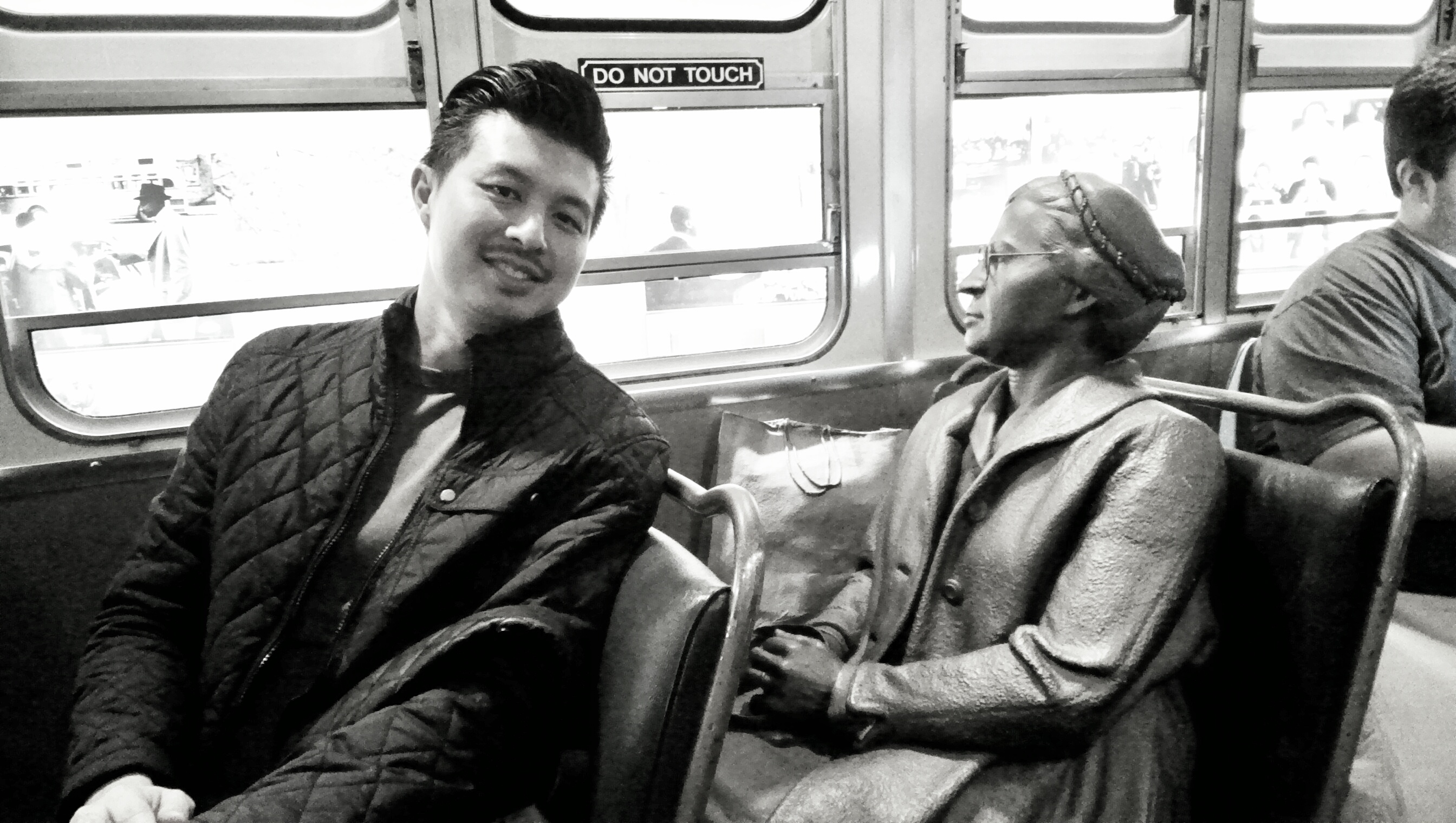 Peabody Hotel and the Peabody Ducks

The Peabody Hotel is the most luxurious hotel in Memphis. The moment you walk in, you can smell old money. Originally built in 1869, the hotel experienced a decline all the way up till the seventies. It finally reopened in 1981 as part of Memphis’ efforts of revitalization. What’s cute about the place apart from its grandiosity are the Peabody Ducks. Five ducks are placed daily on the lobby’s fountain. There is also a funny ceremony of marching the ducks twice daily between the fountain and the lift. 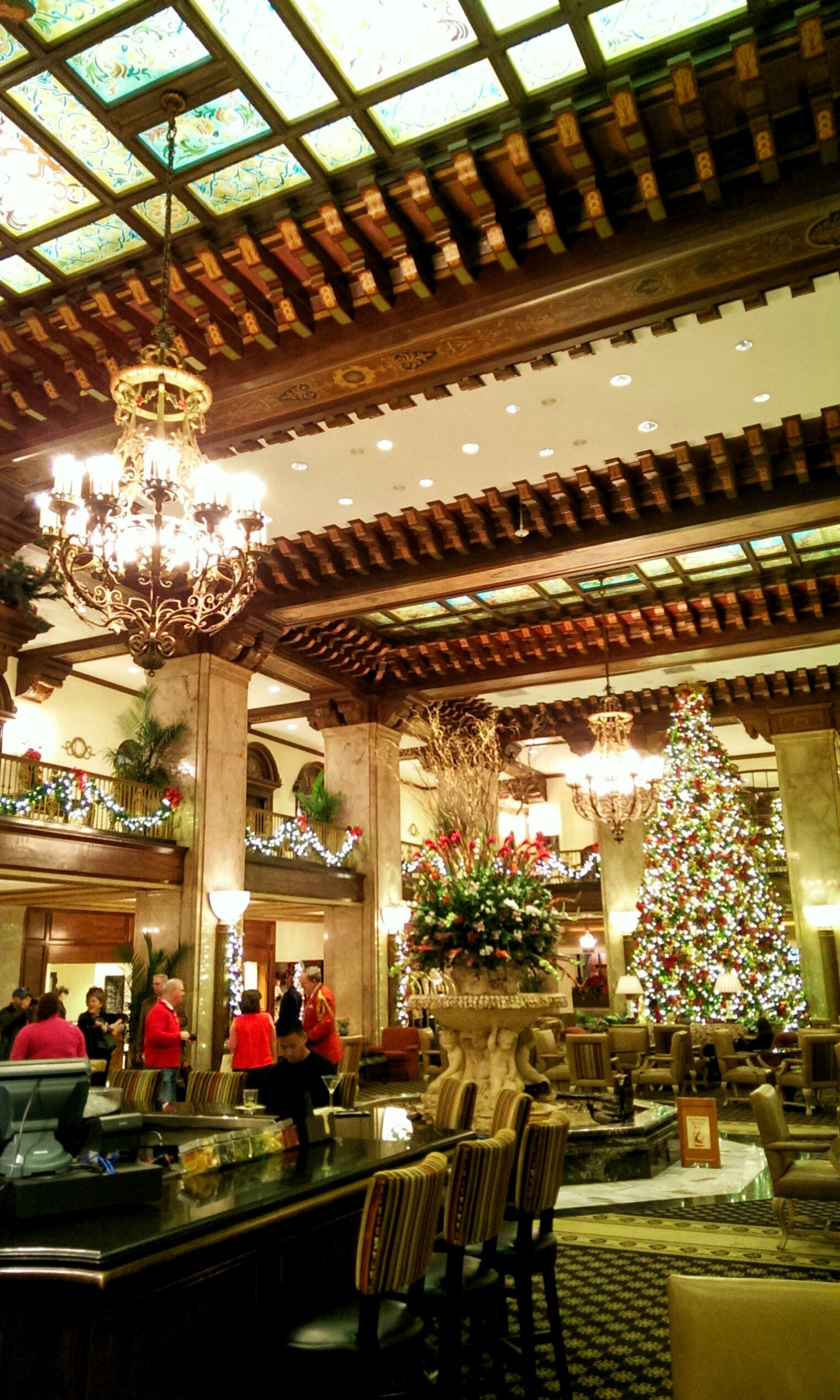 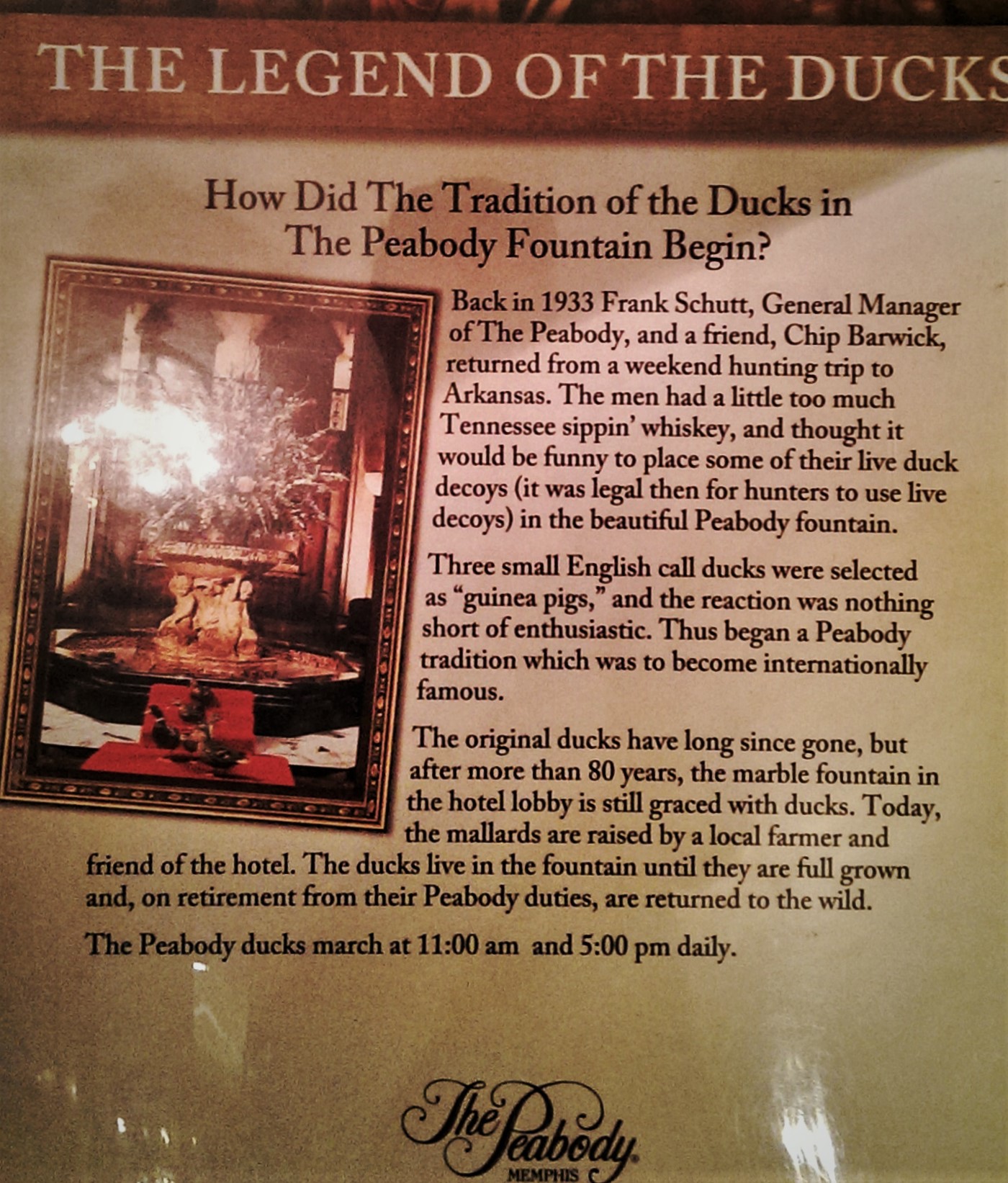 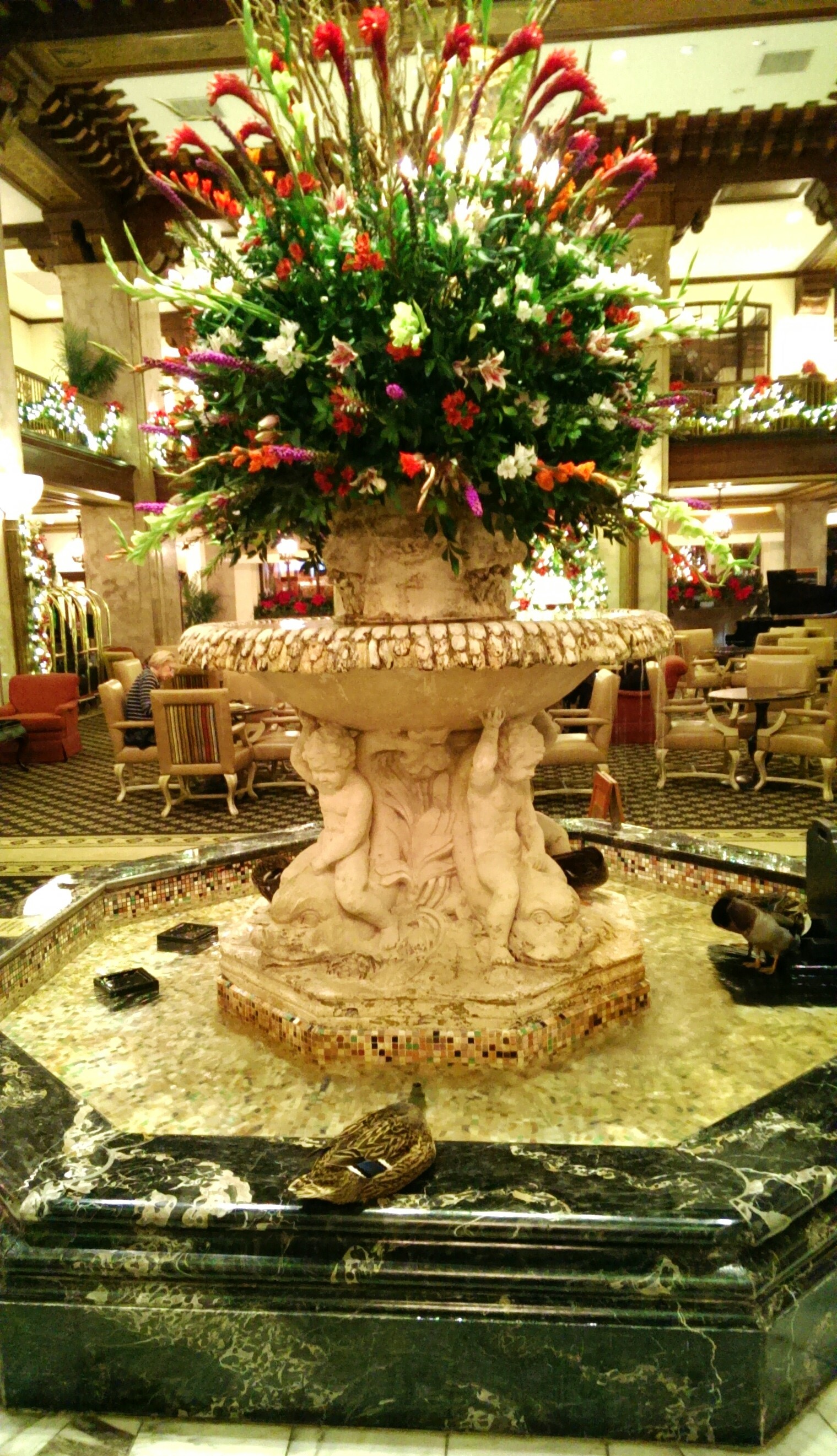 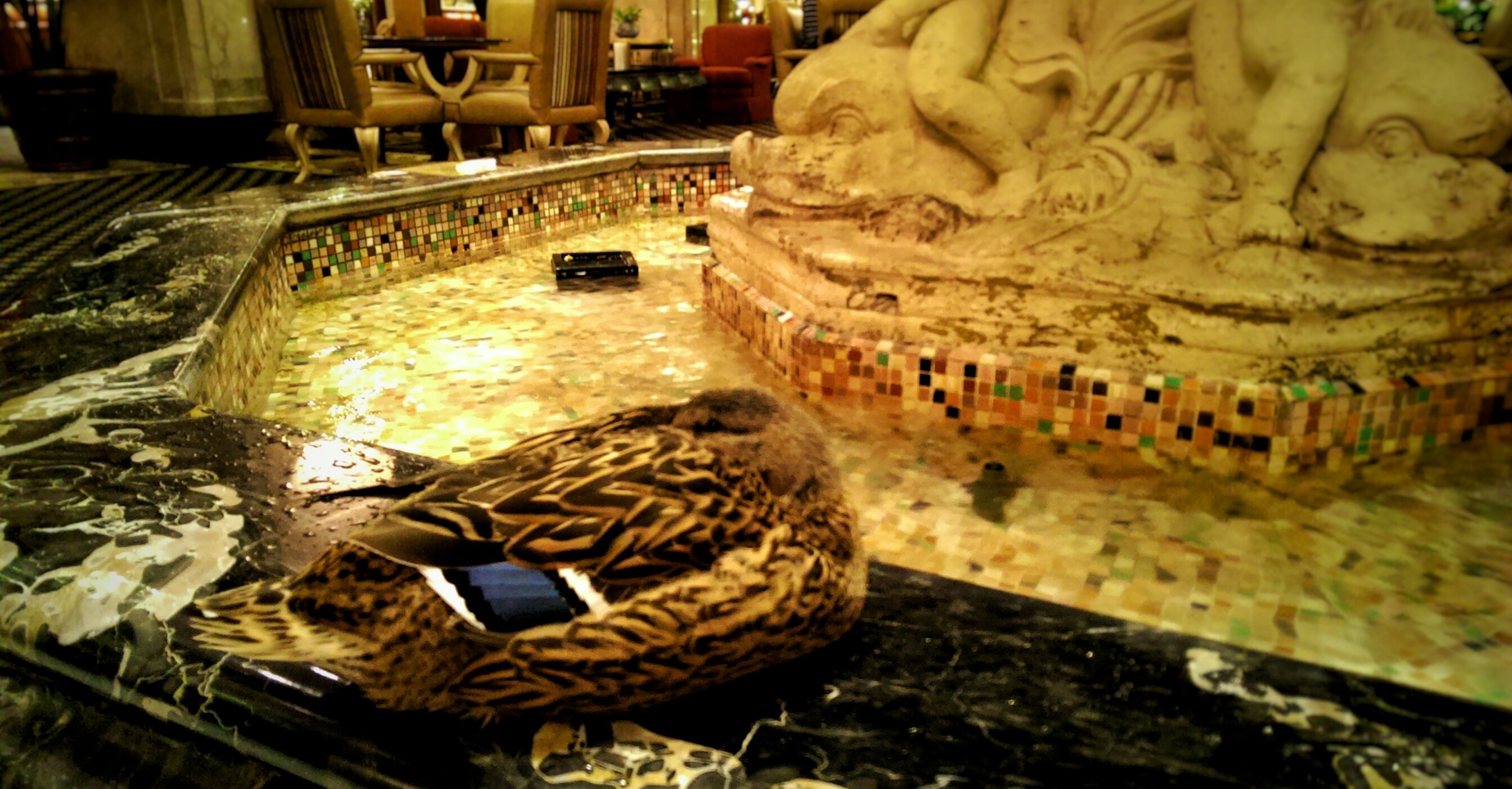 Graceland is a huge mansion once owned by Elvis Presley, but sadly I didn’t get to visit it. But I thought I ought to mention it here as a landmark to visit in Memphis.

Where to stay in Memphis

We stayed at the DoubleTree by Hilton in downtown Memphis. The hotel is modern, has very comfortable beds and amenities, and is very conveniently located within walking distance from Beale Street (this is important for safety reasons). The hotel has a very nice lobby and inner courtyard which contains the facade of the original building. 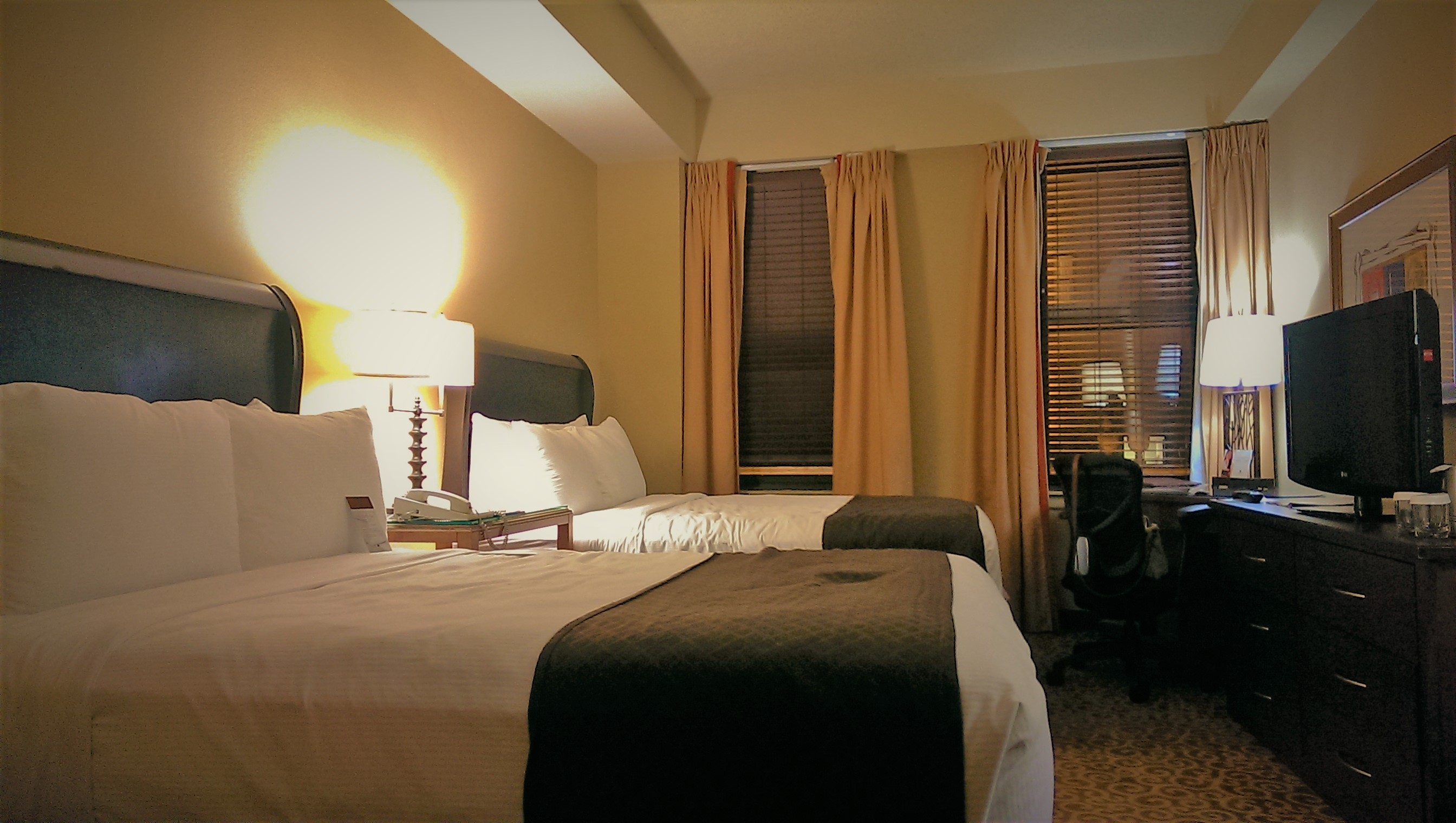 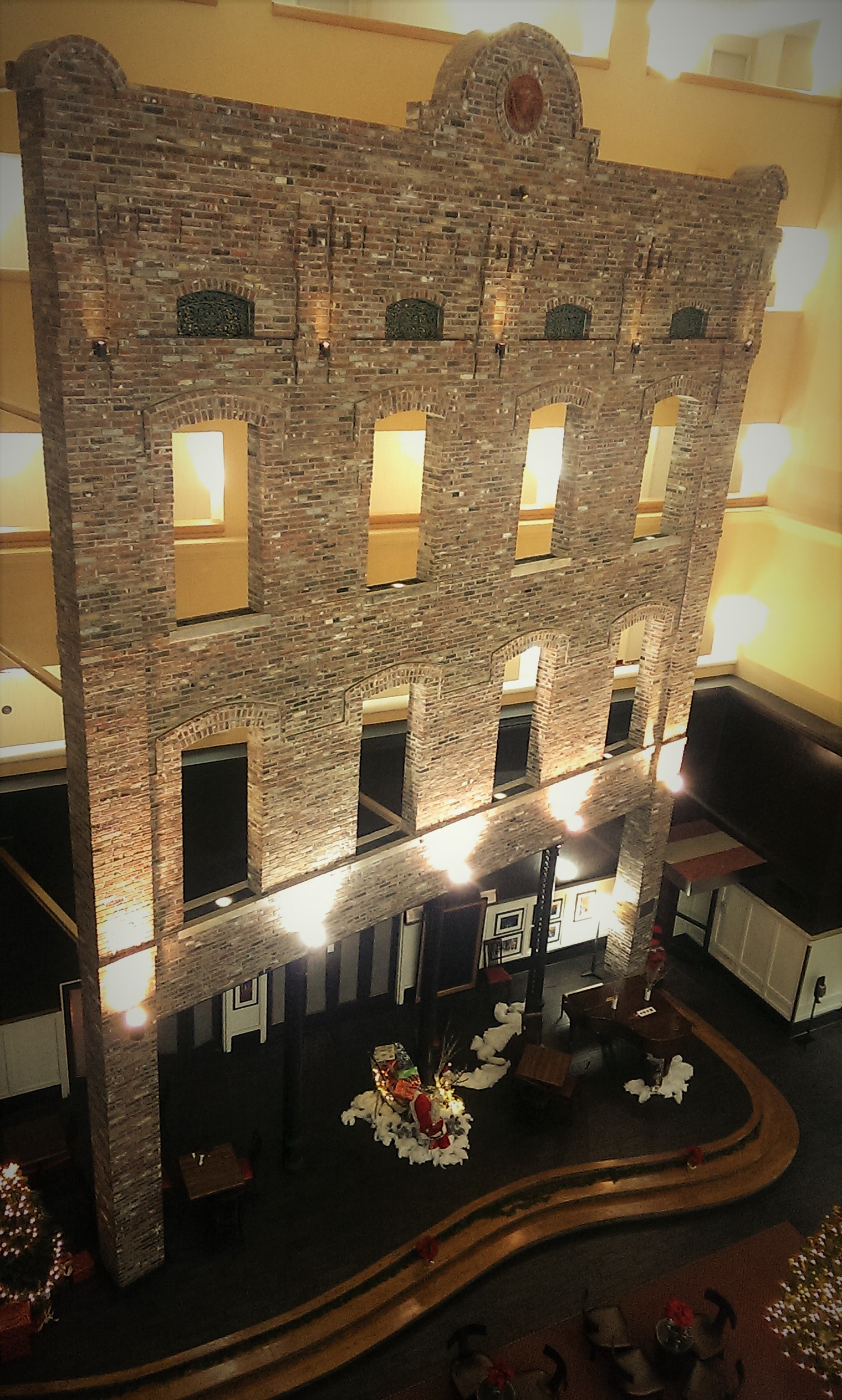 Where to eat in Memphis

A favourite haunt of Elvis Presley before he got famous. The interior has not changed since then either. Originally called ‘The Hole in the Wall’, the eatery was opened by Greek immigrants, Tony Angelos and Charles Skinner (who obviously anglicised their names) in 1911. Then the Bon Ton Cafe opened in 1923 and is the second oldest restaurant in Memphis.

Try the breakfast! There is a basement downstairs where young Elvis used to perform, although you cannot really visit it. 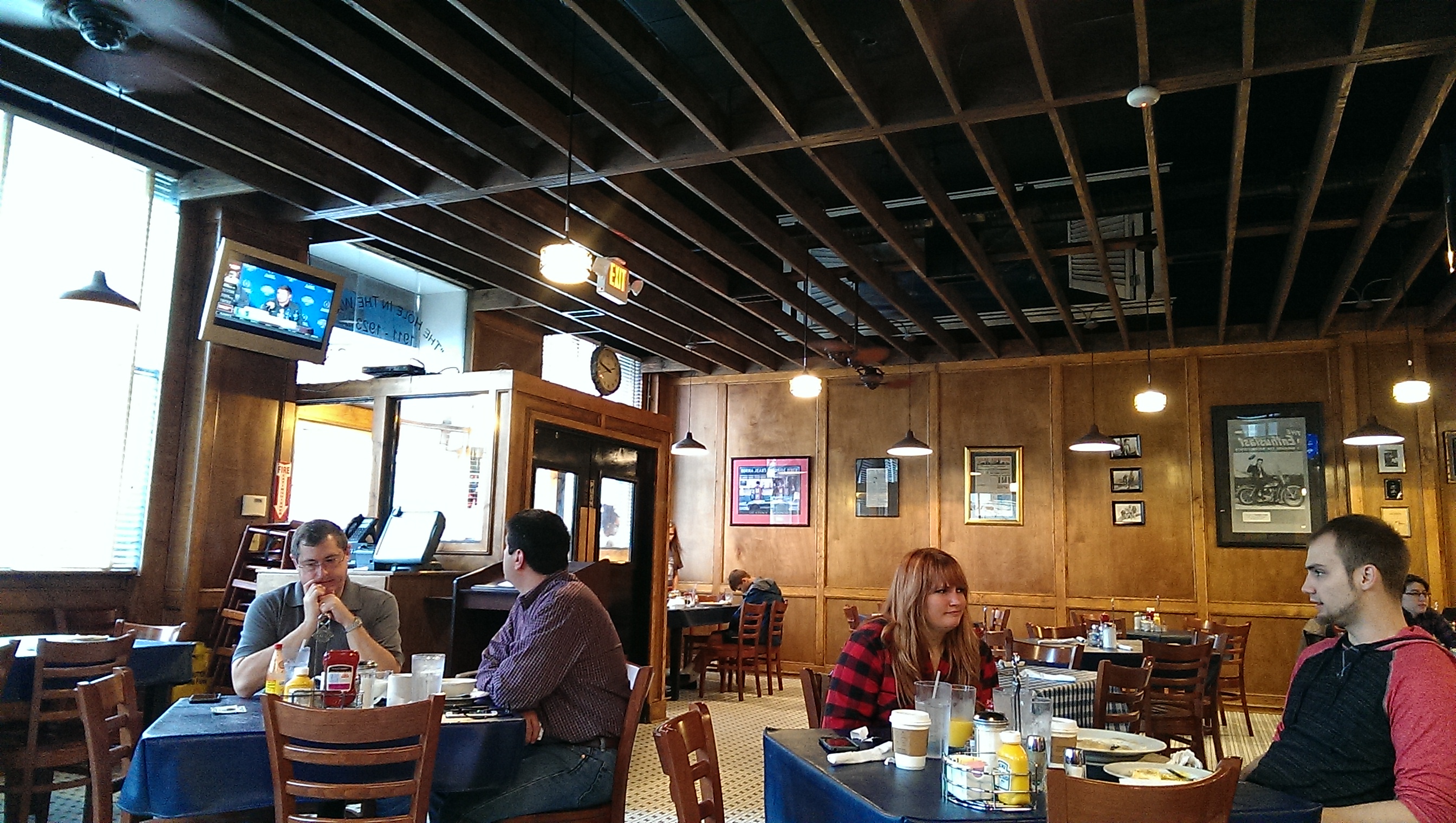 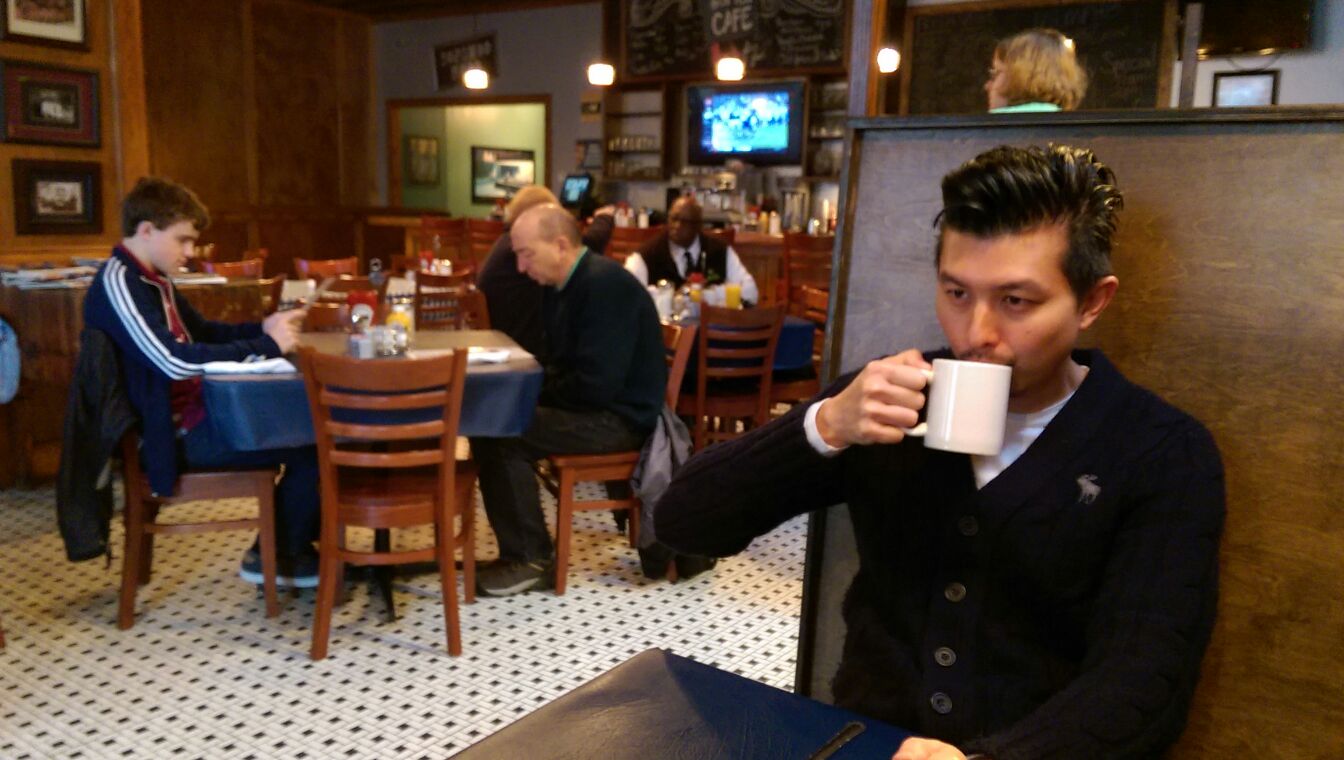 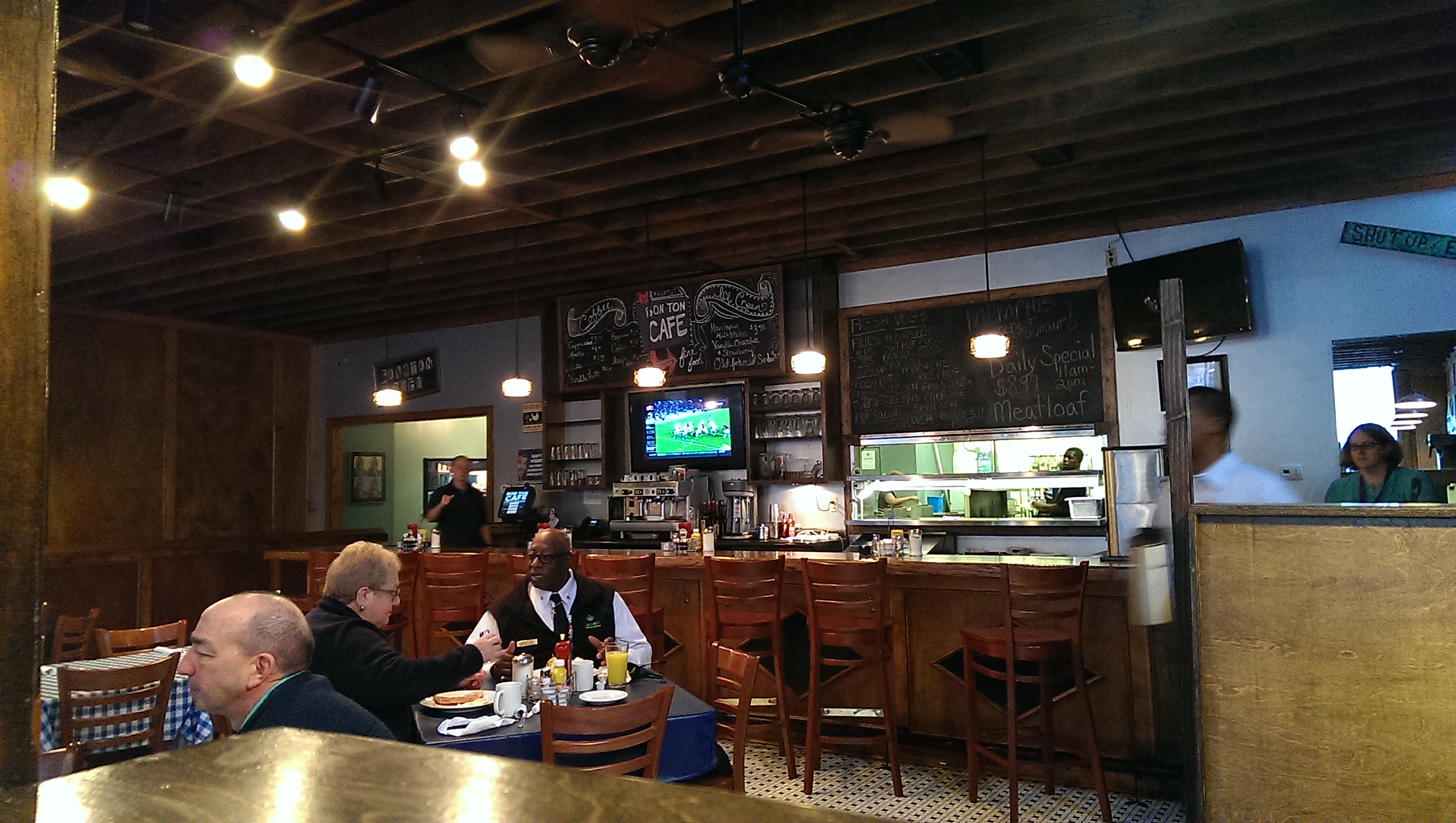 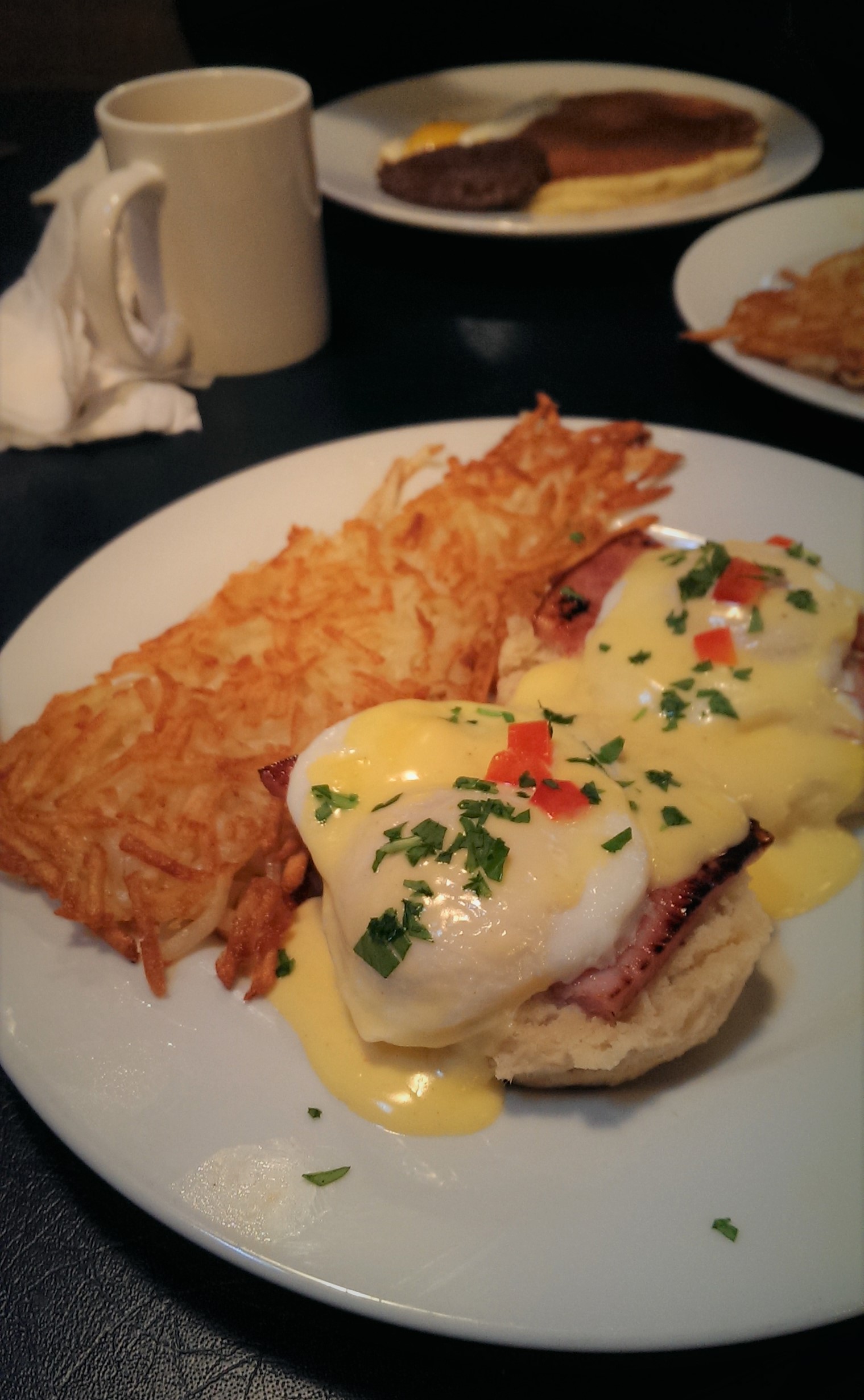 This place serves ‘southern food’, namely lots of barbecued ribs, steak and chicken. Plus live music for you to enjoy with an amazing array of cocktails. I’d recommend this place for dinner before you head off to the Beale Street bars at night. 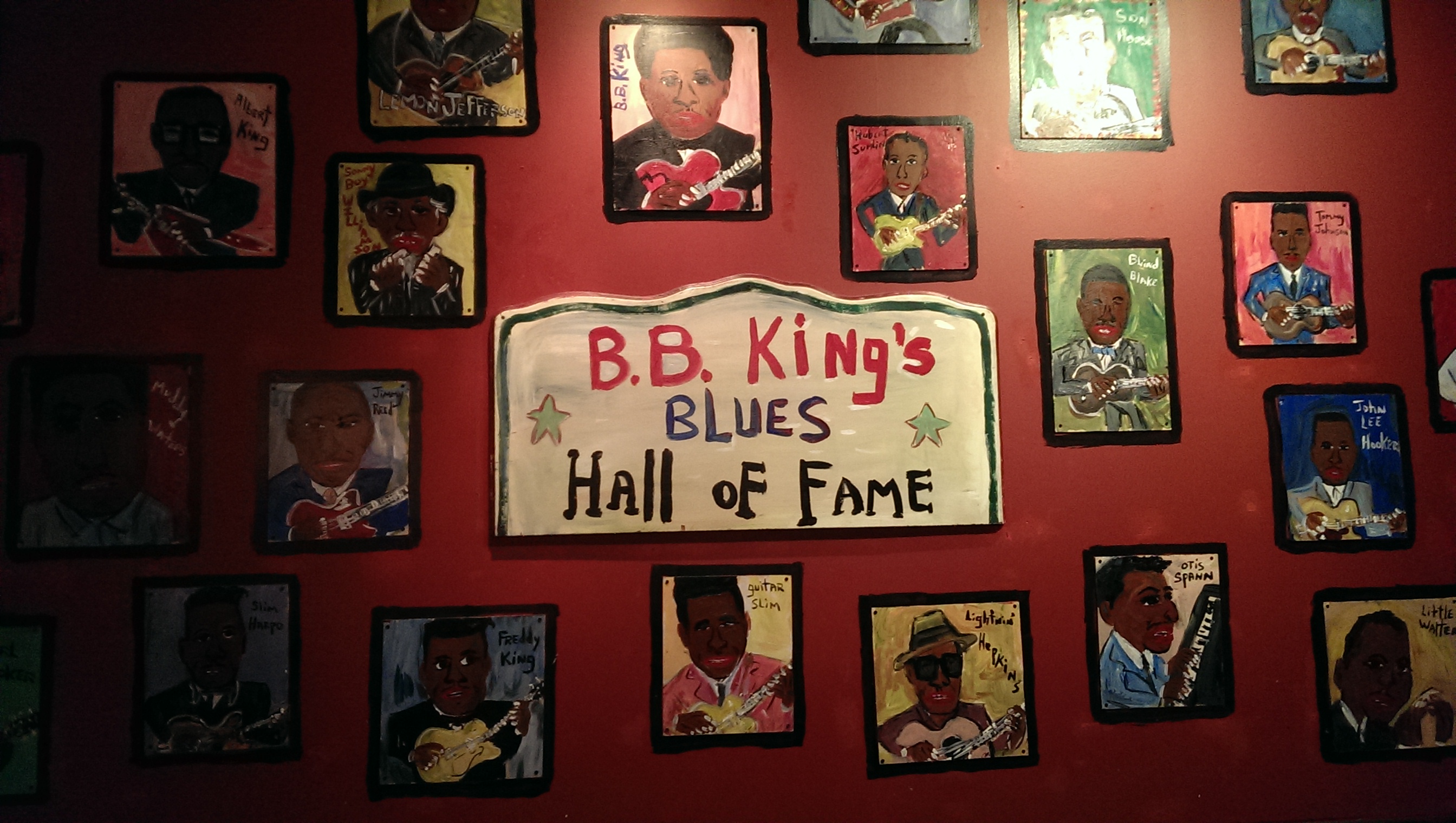 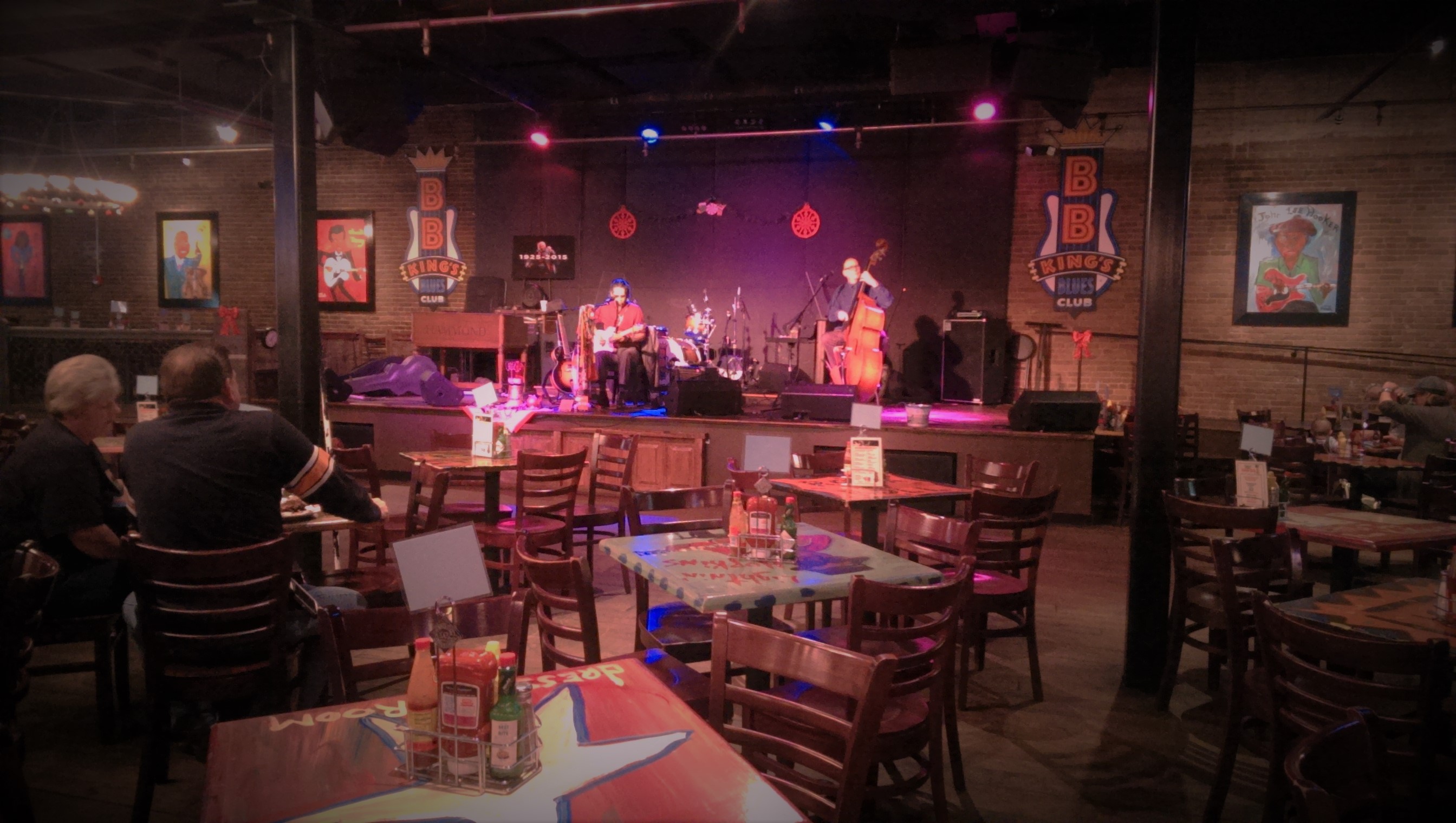 I’m not sure if their fried chicken is indeed world famous but this name has earned it a very long queue every single day and night.
I really liked the authentic ‘southern’ experience this place oozes. Americans – black, white, plus all other colours – enjoying heart-attack-inducing fried chicken. But it IS good. Highly recommended apart from their fried chicken are their fried okra and fried green tomatoes. 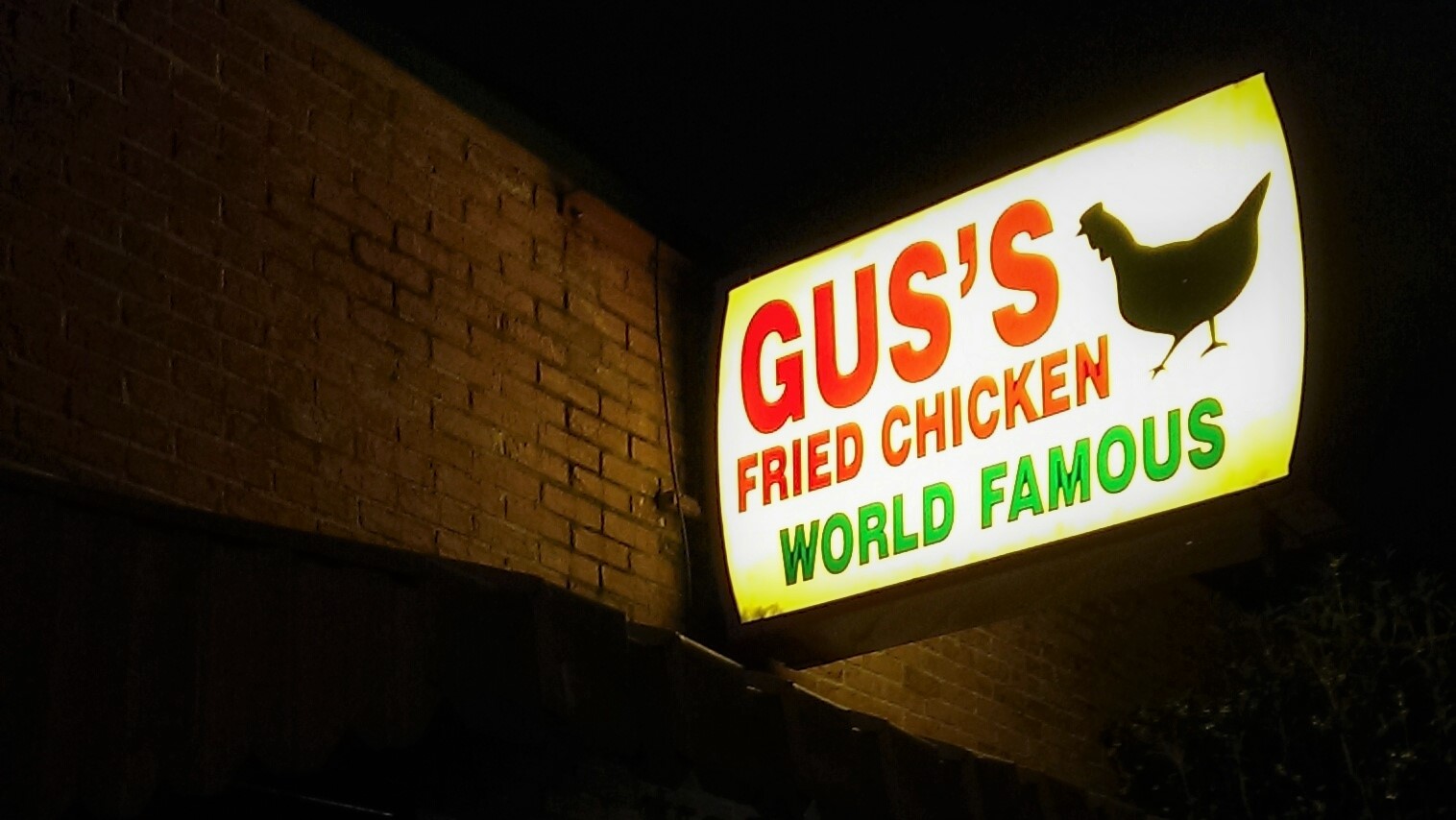 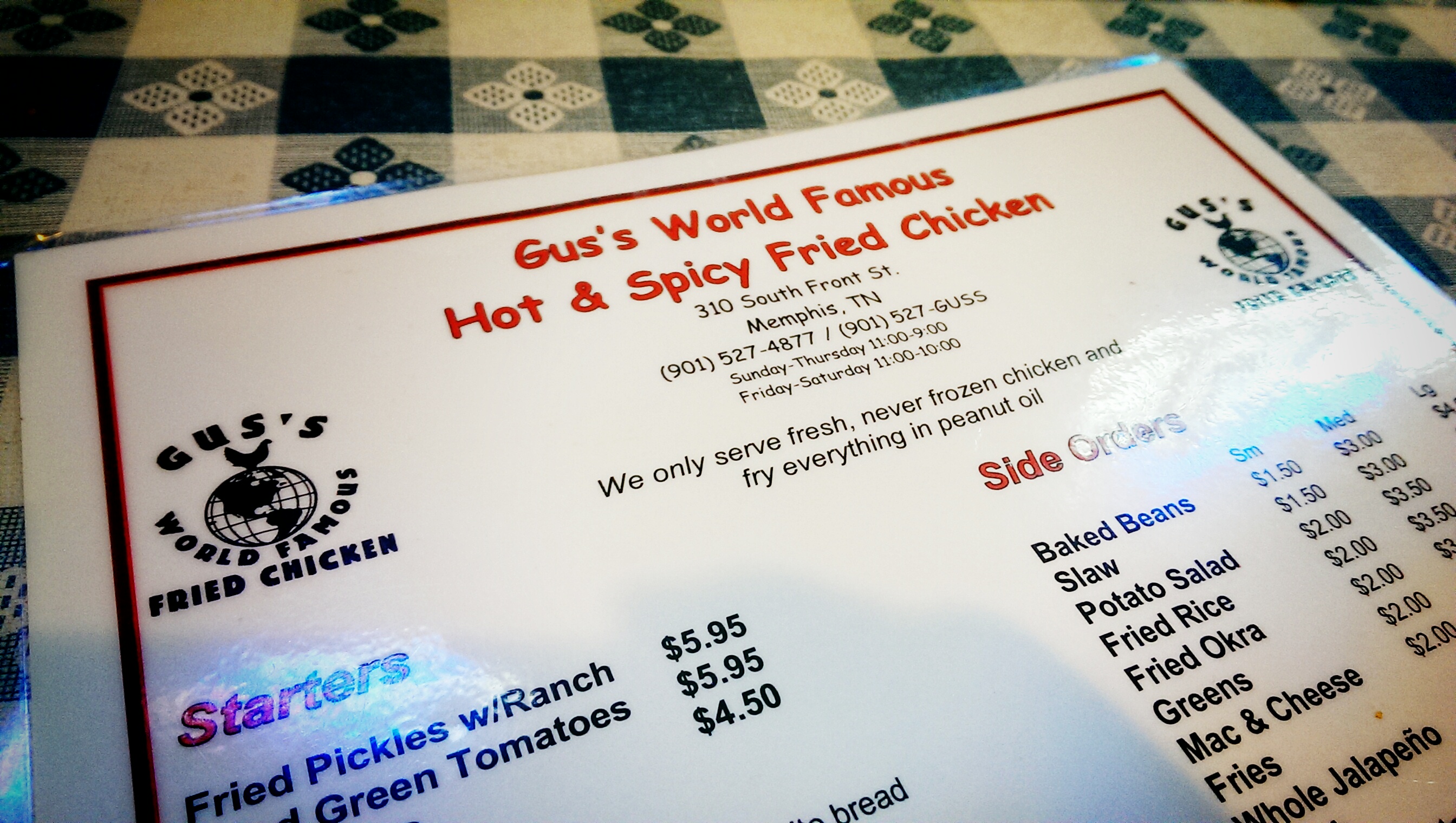 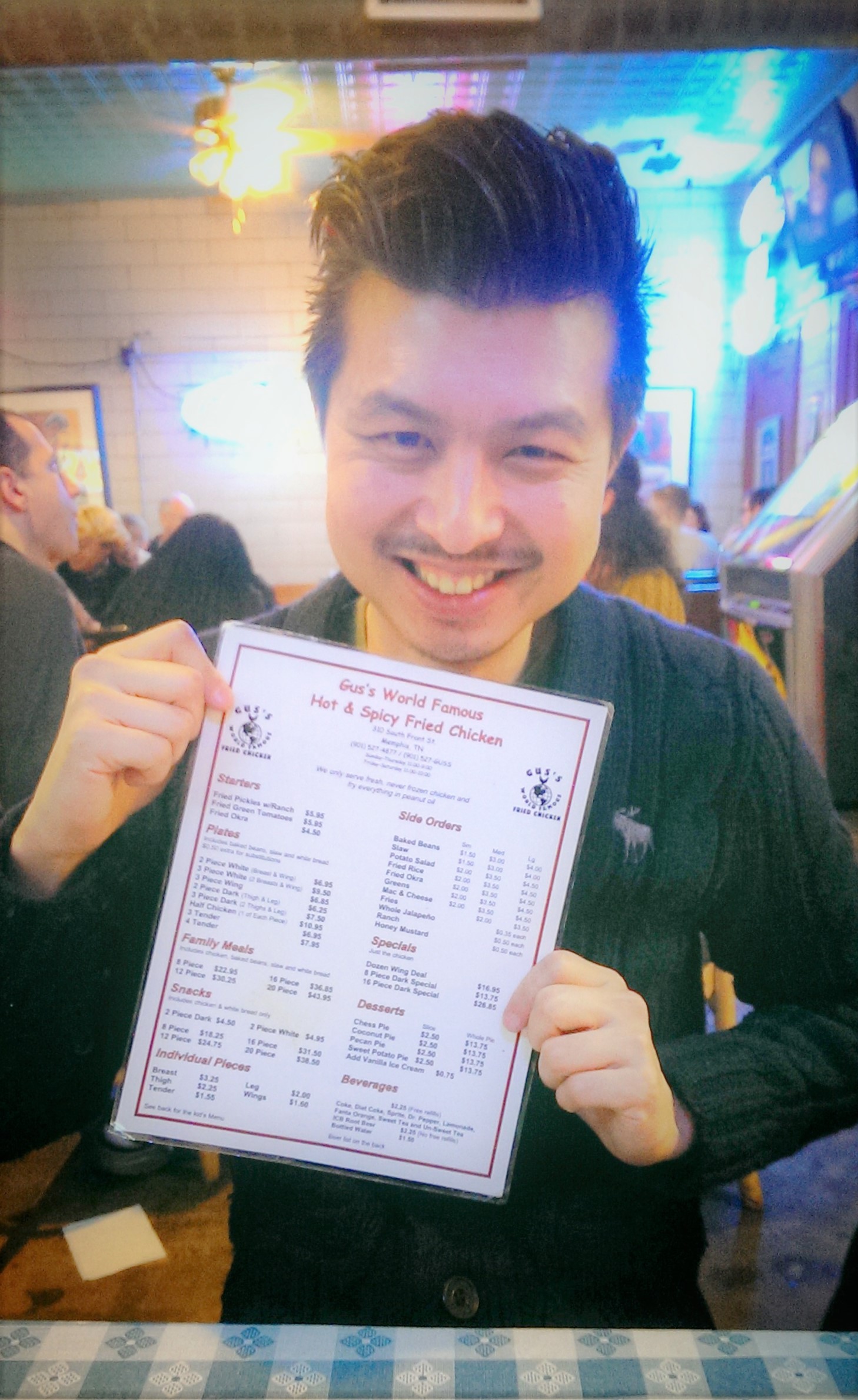 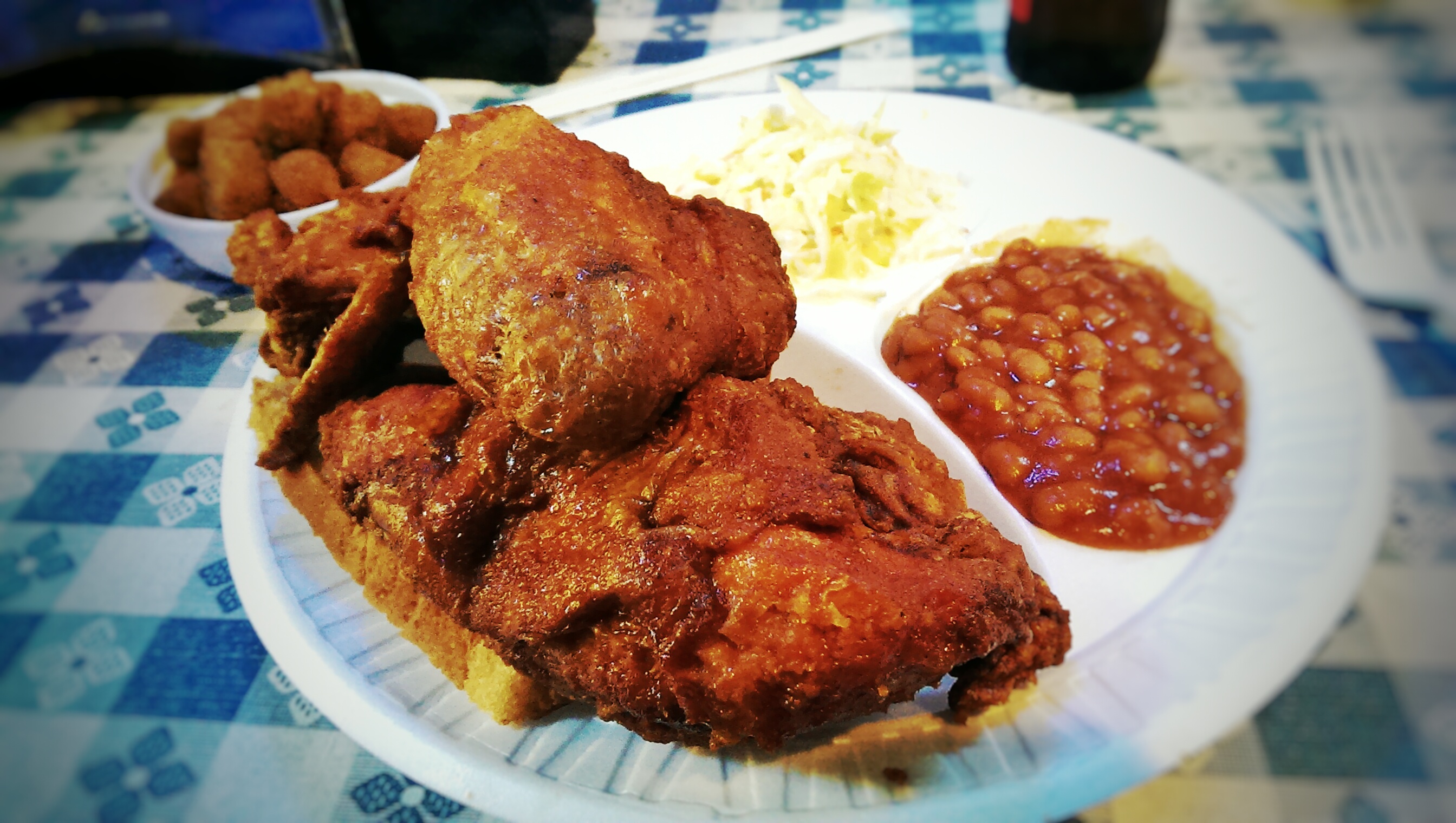 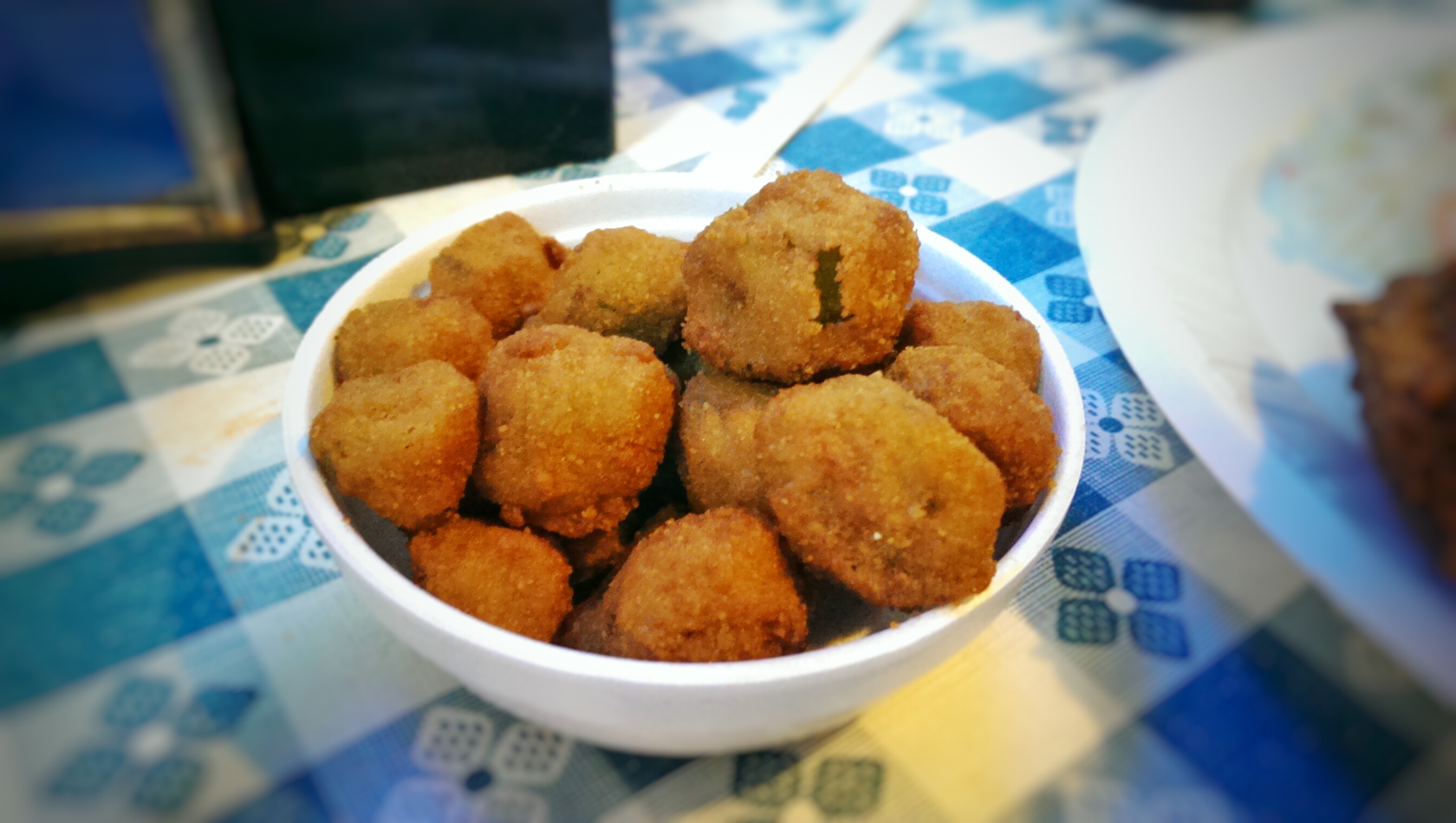