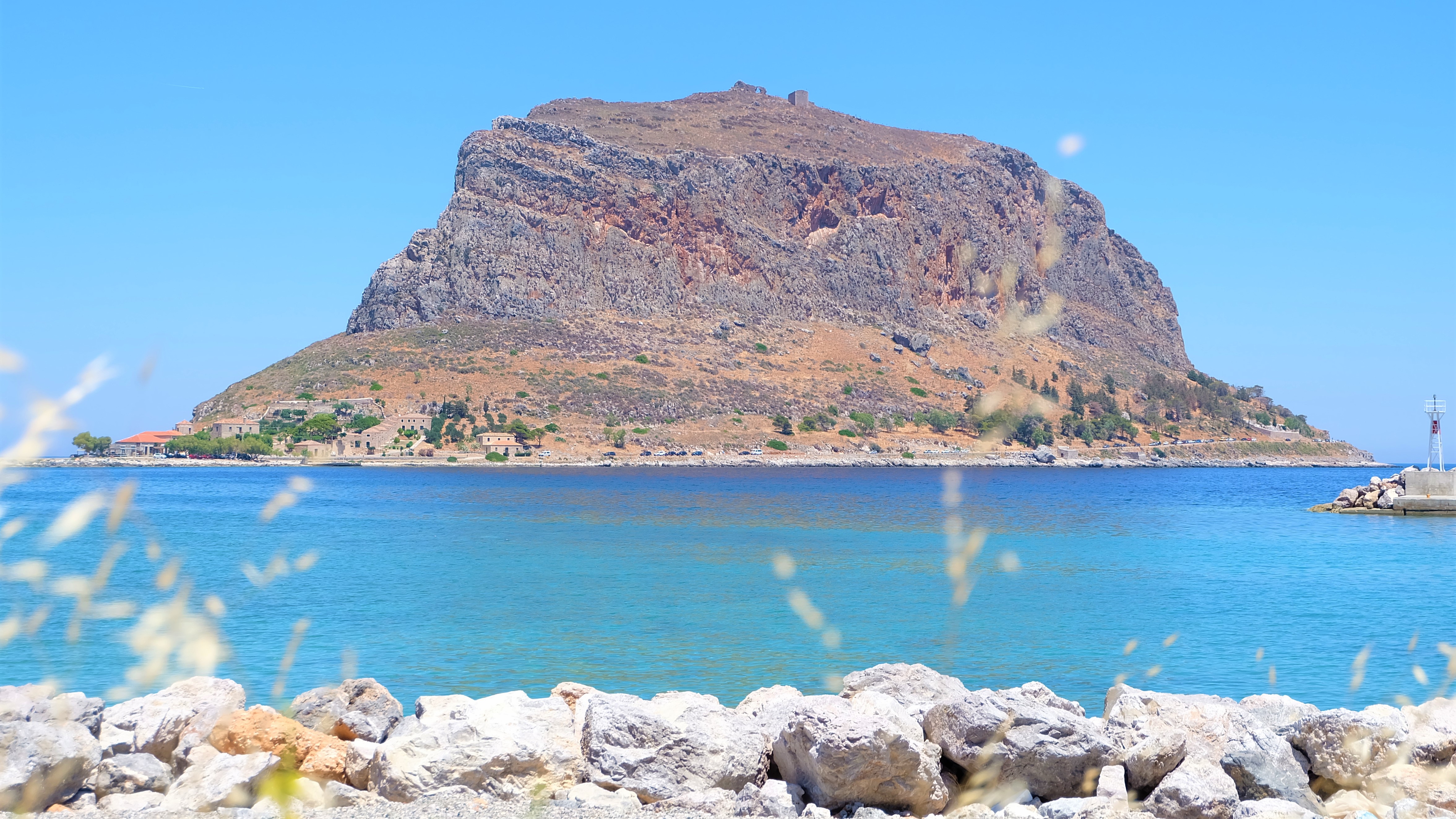 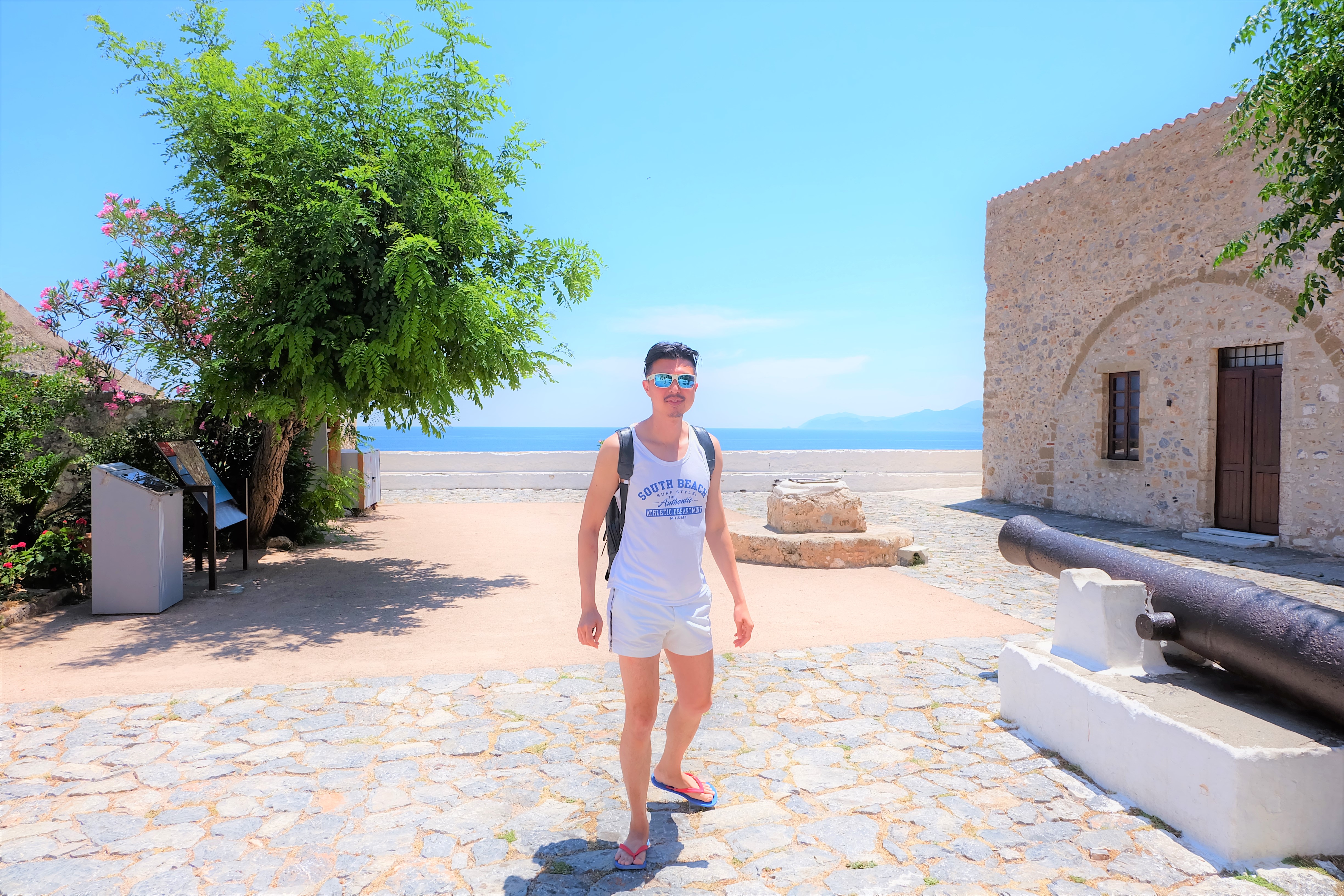 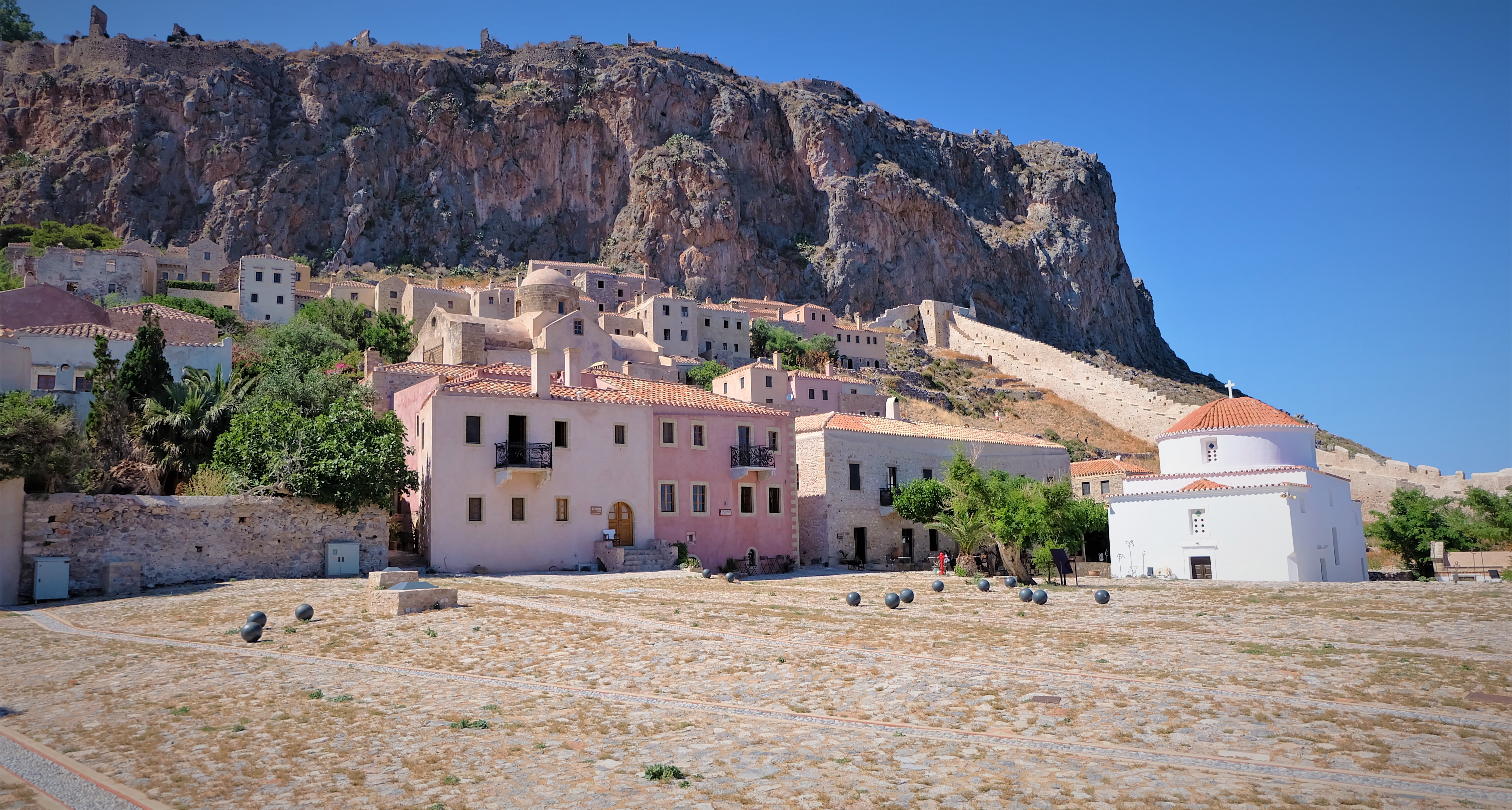 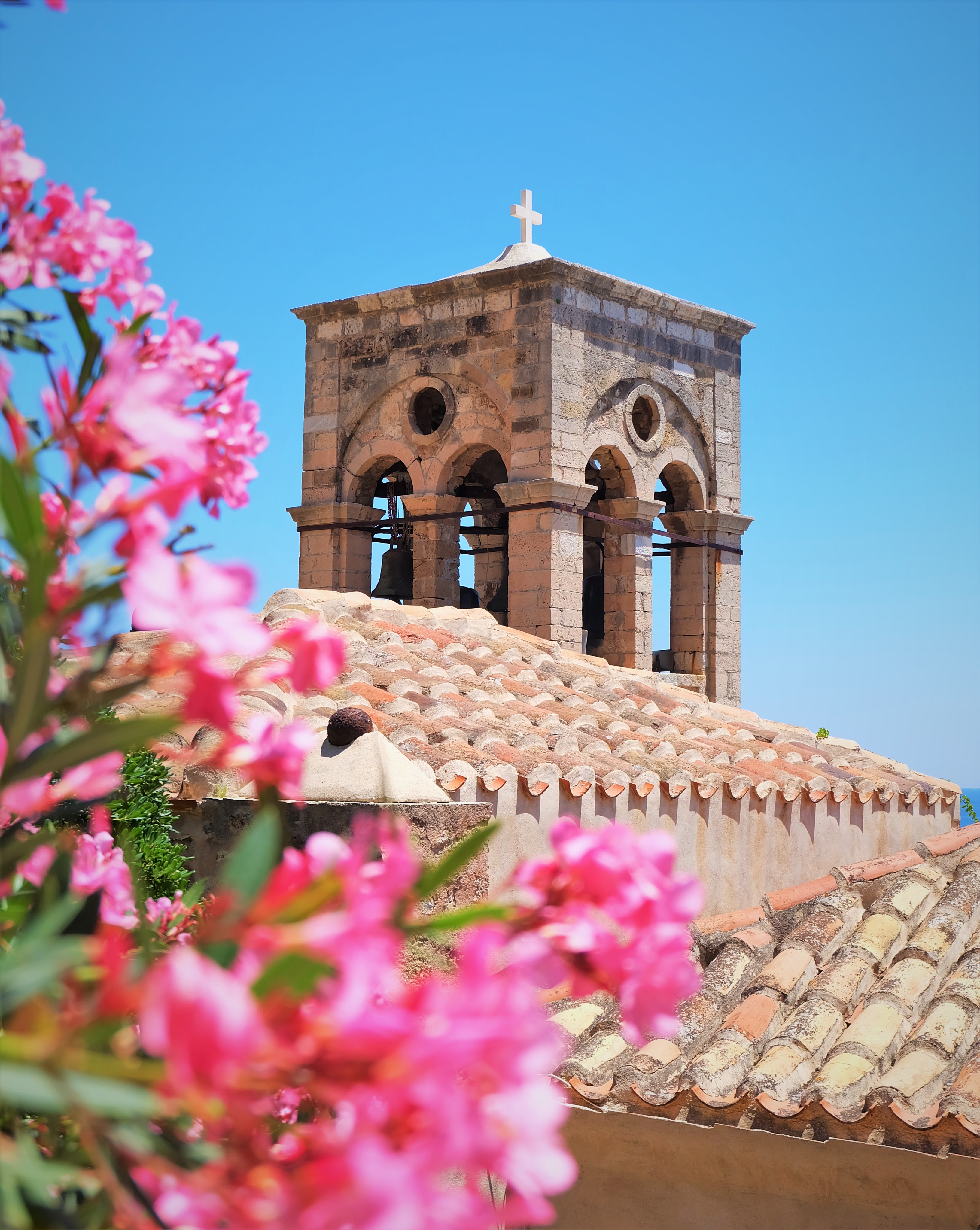 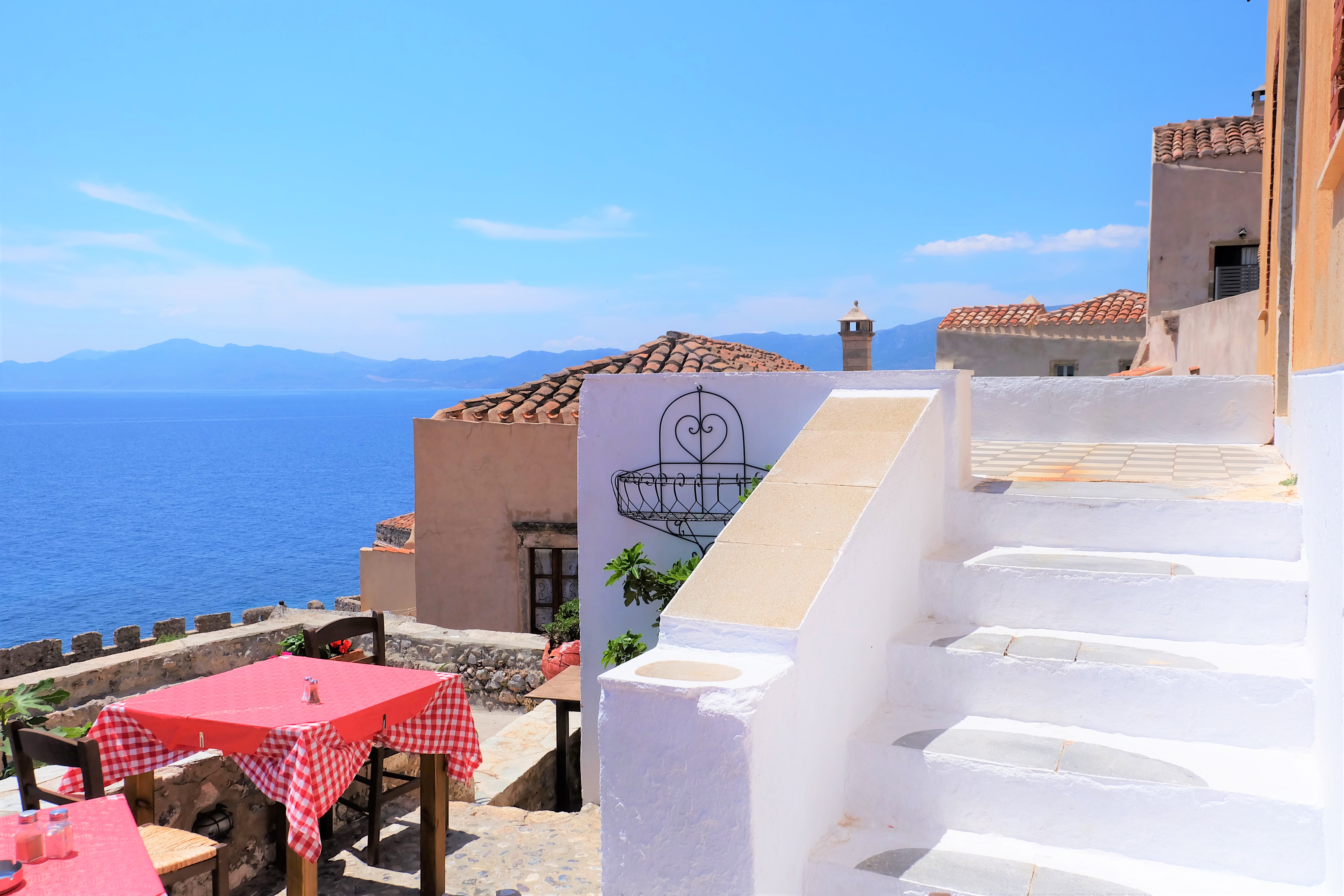 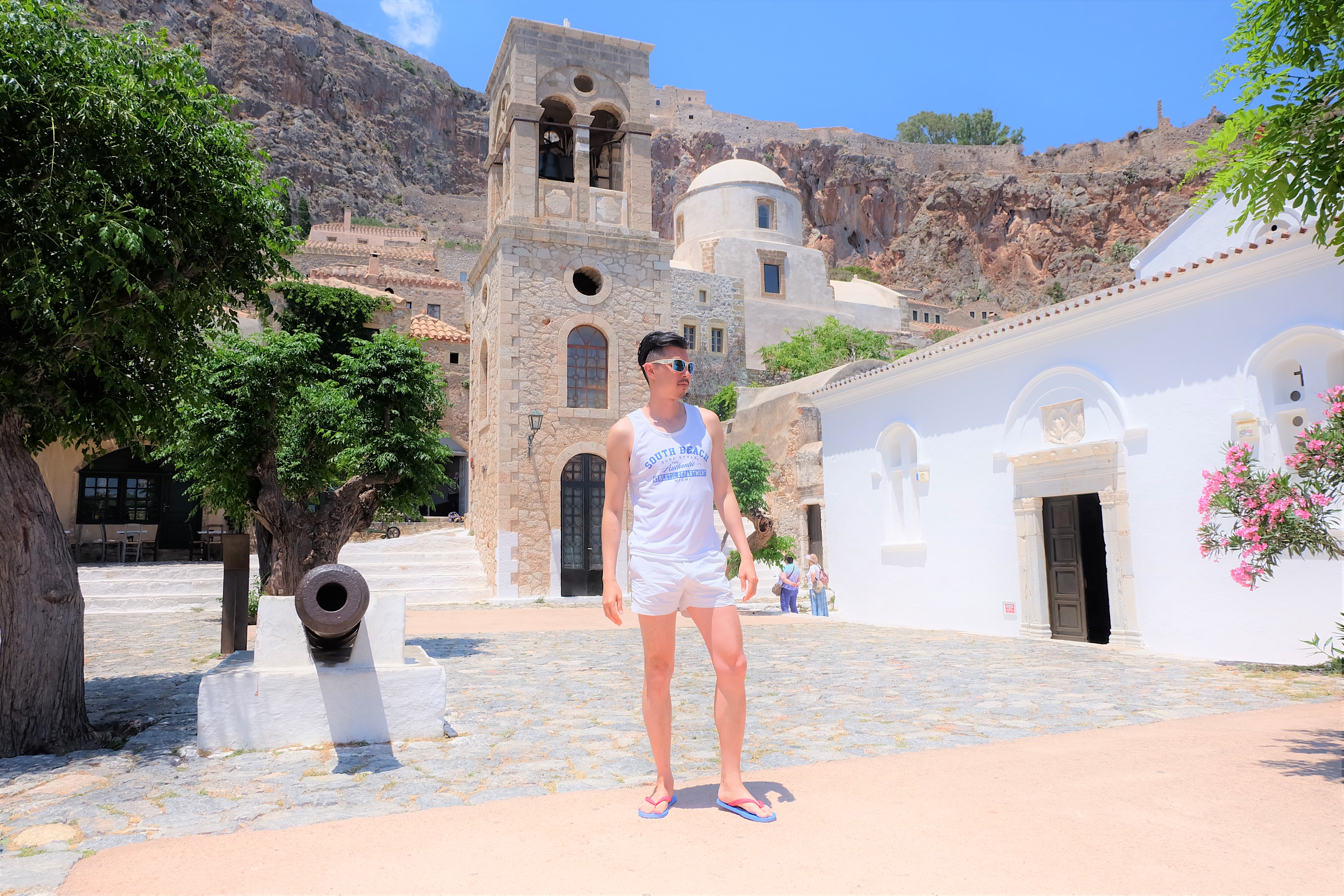 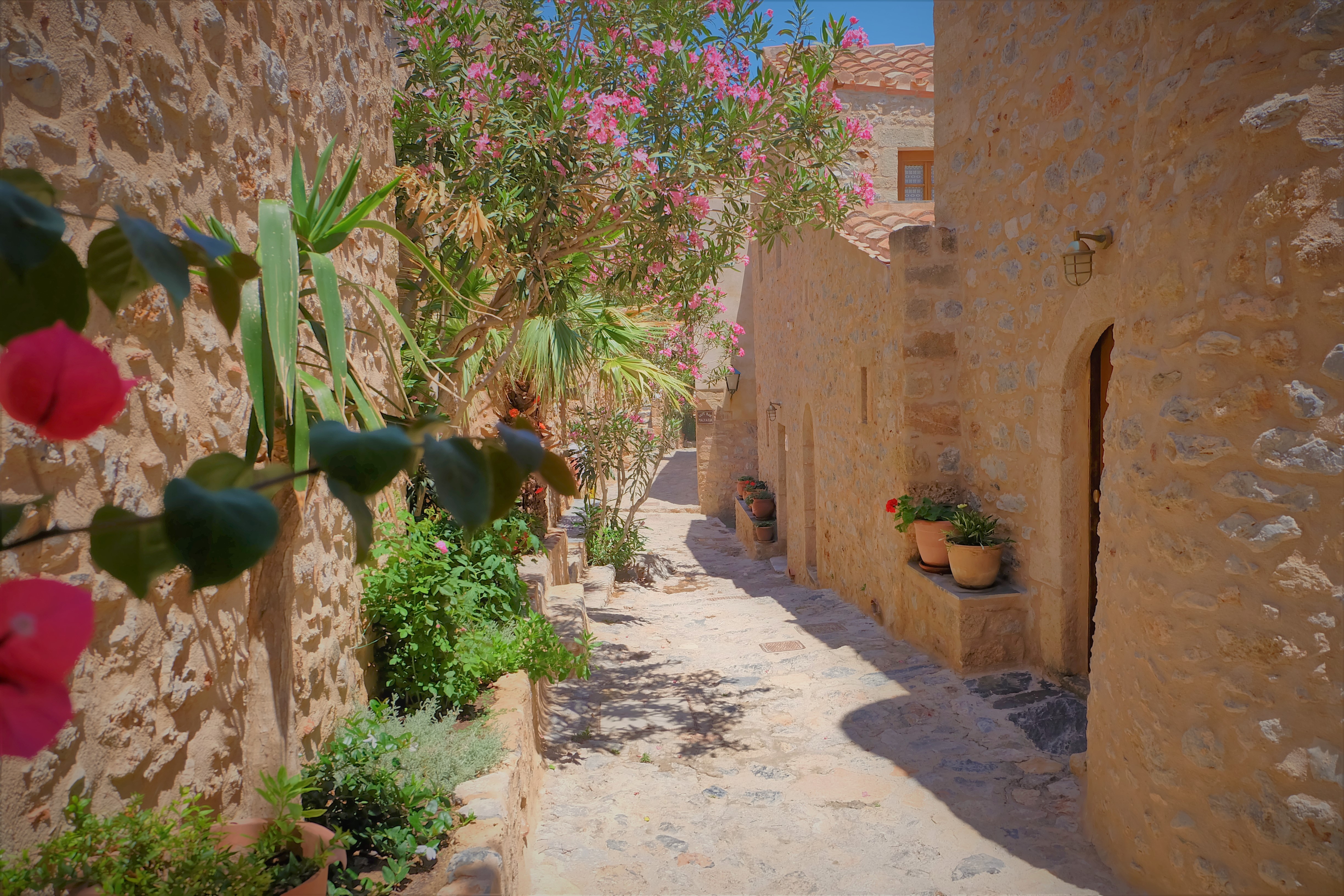 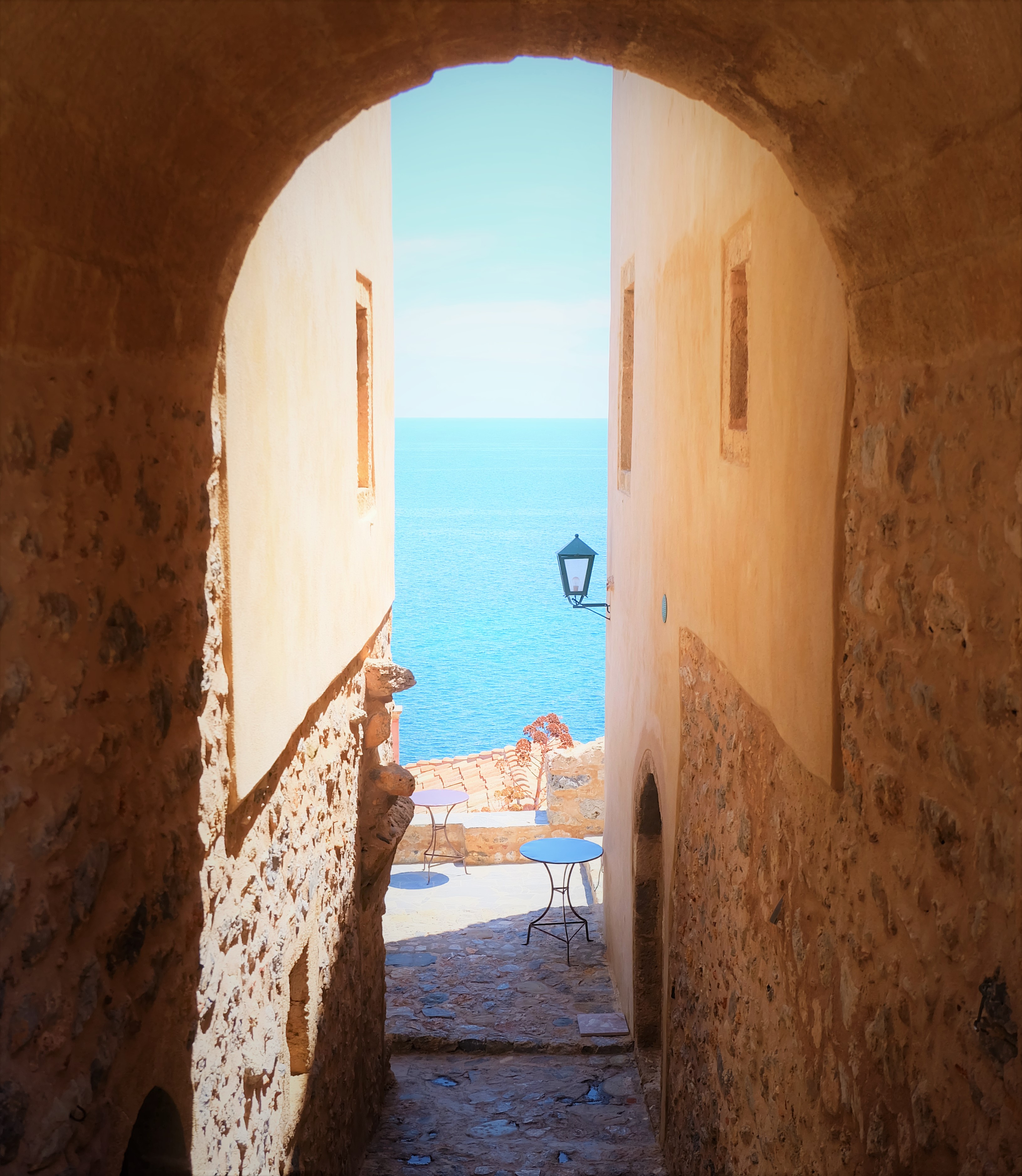 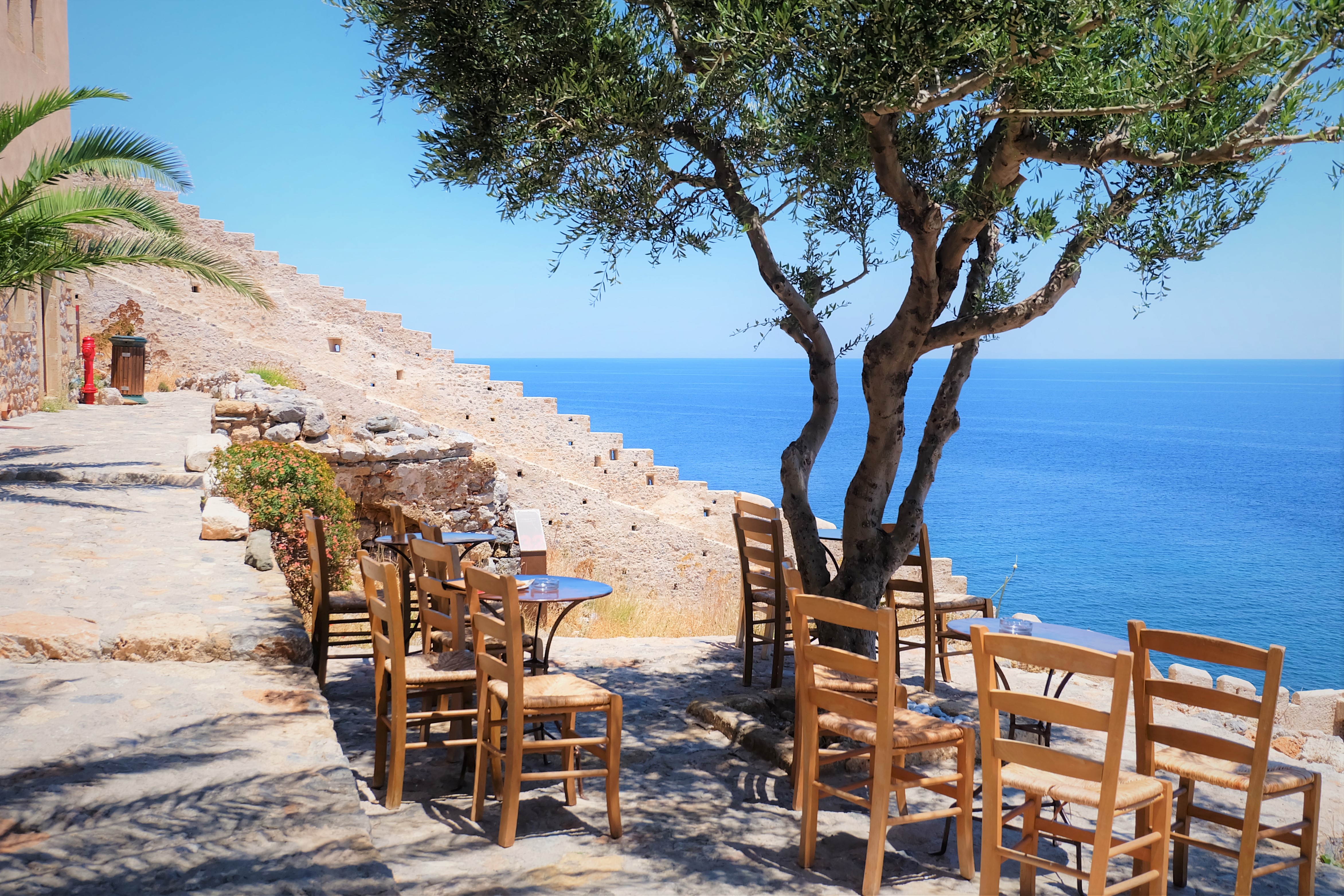 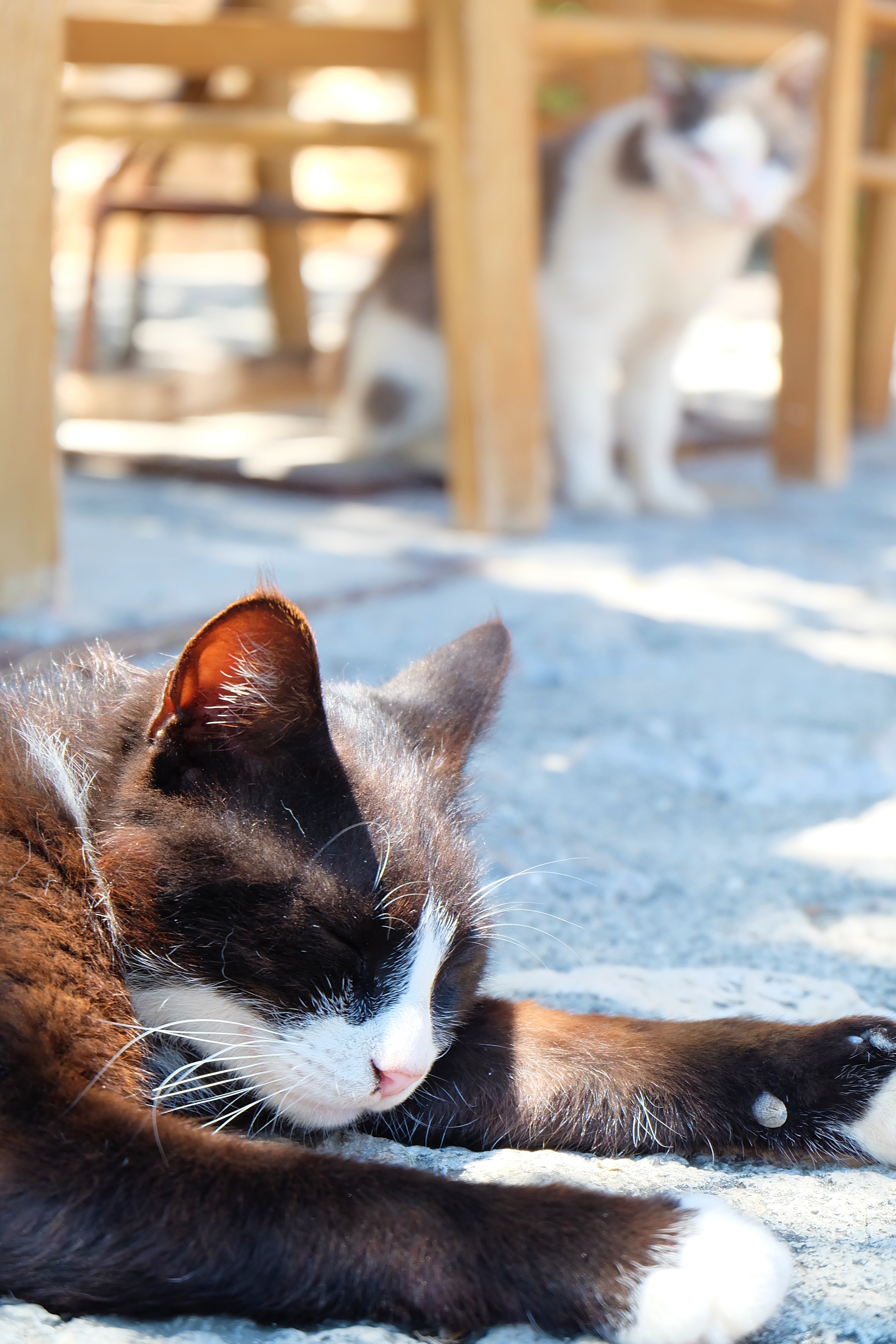 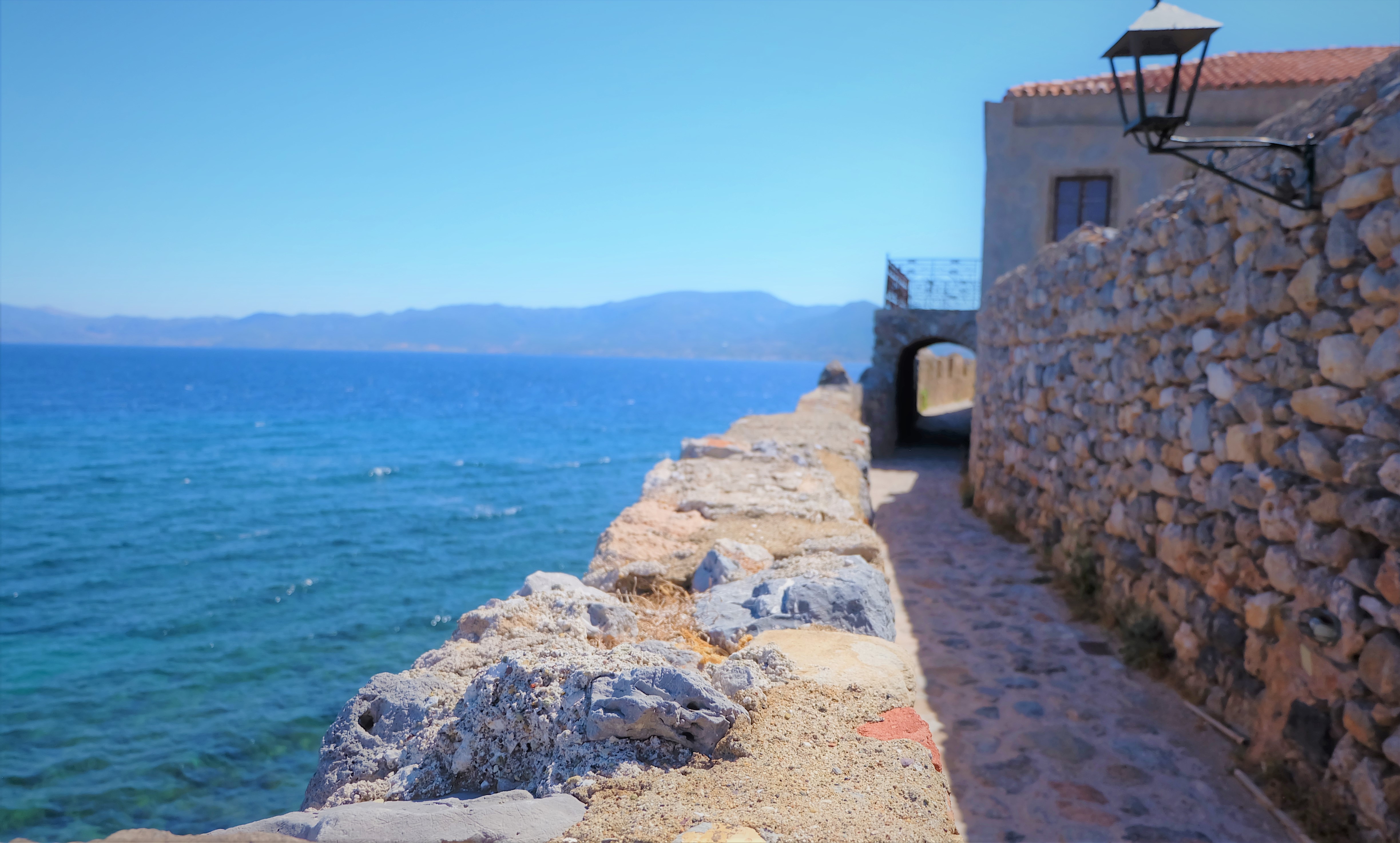 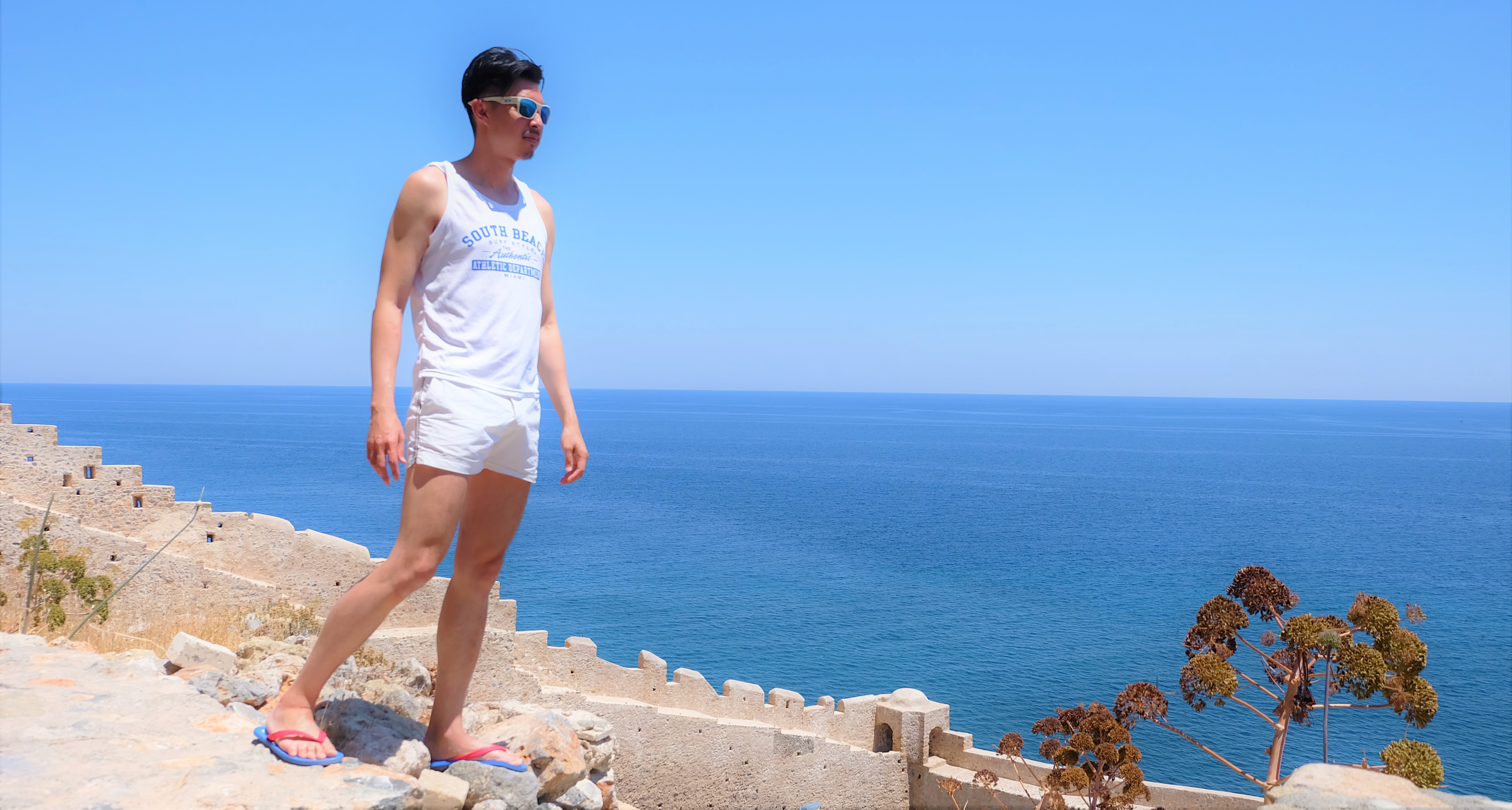 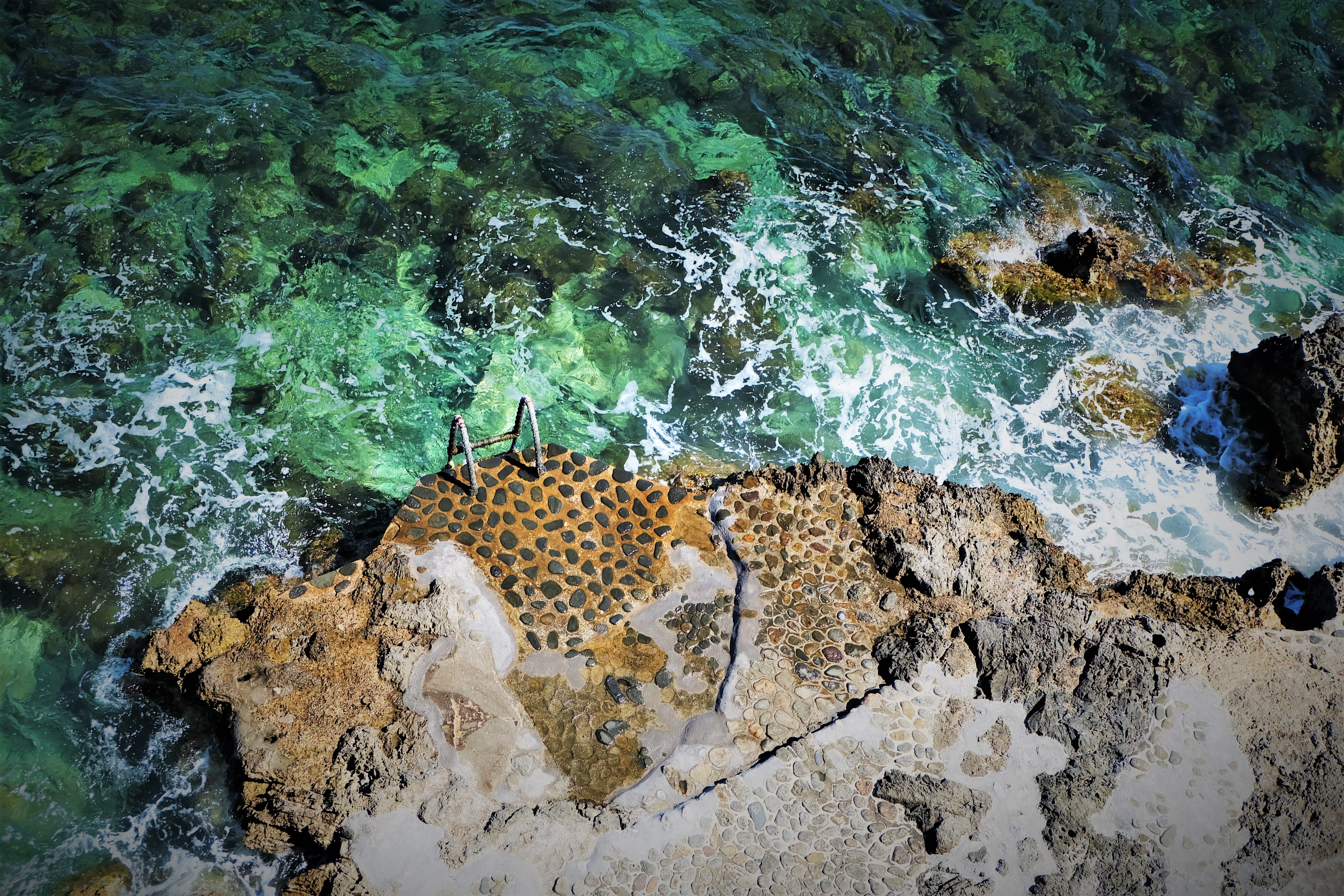 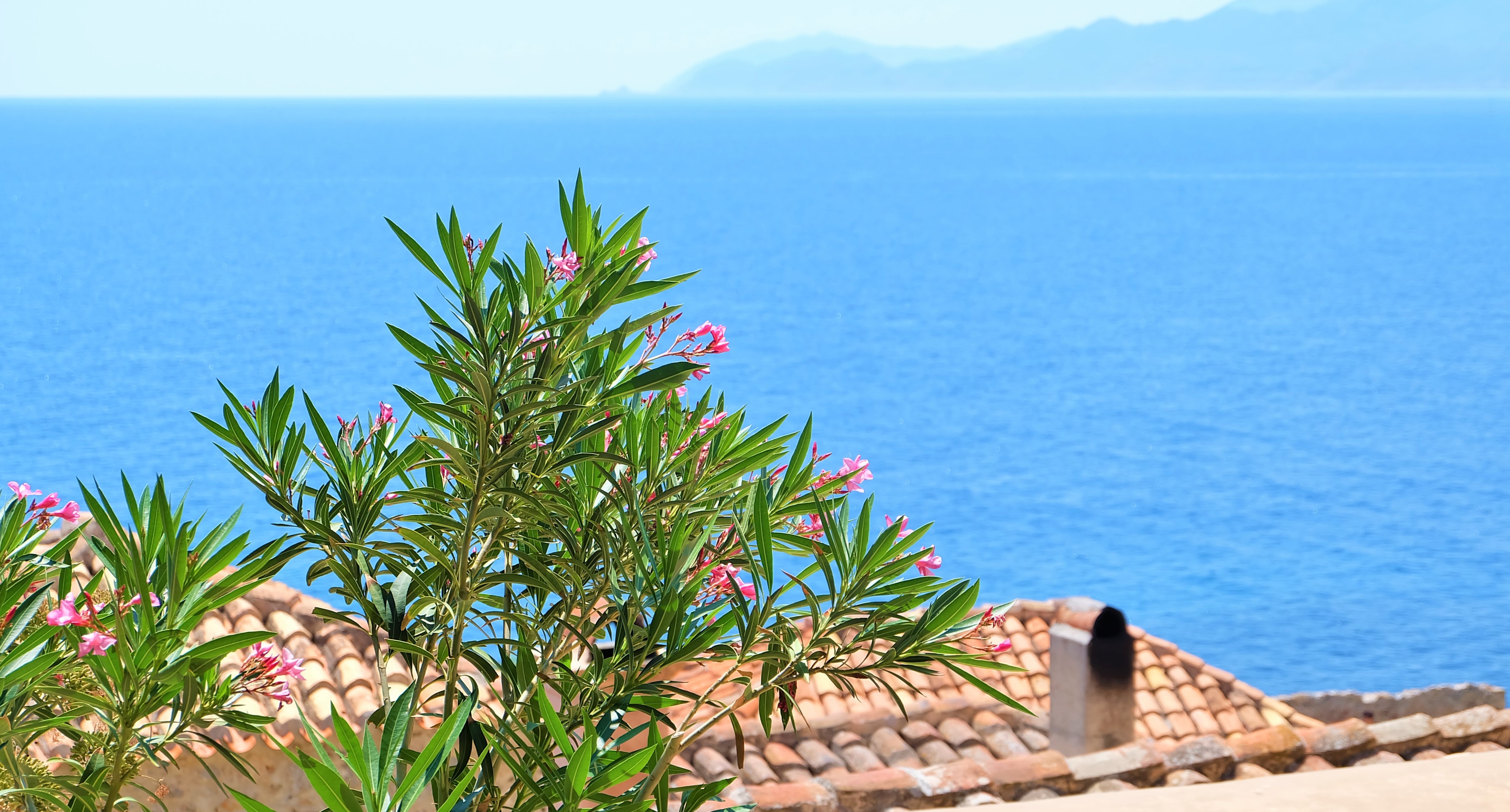 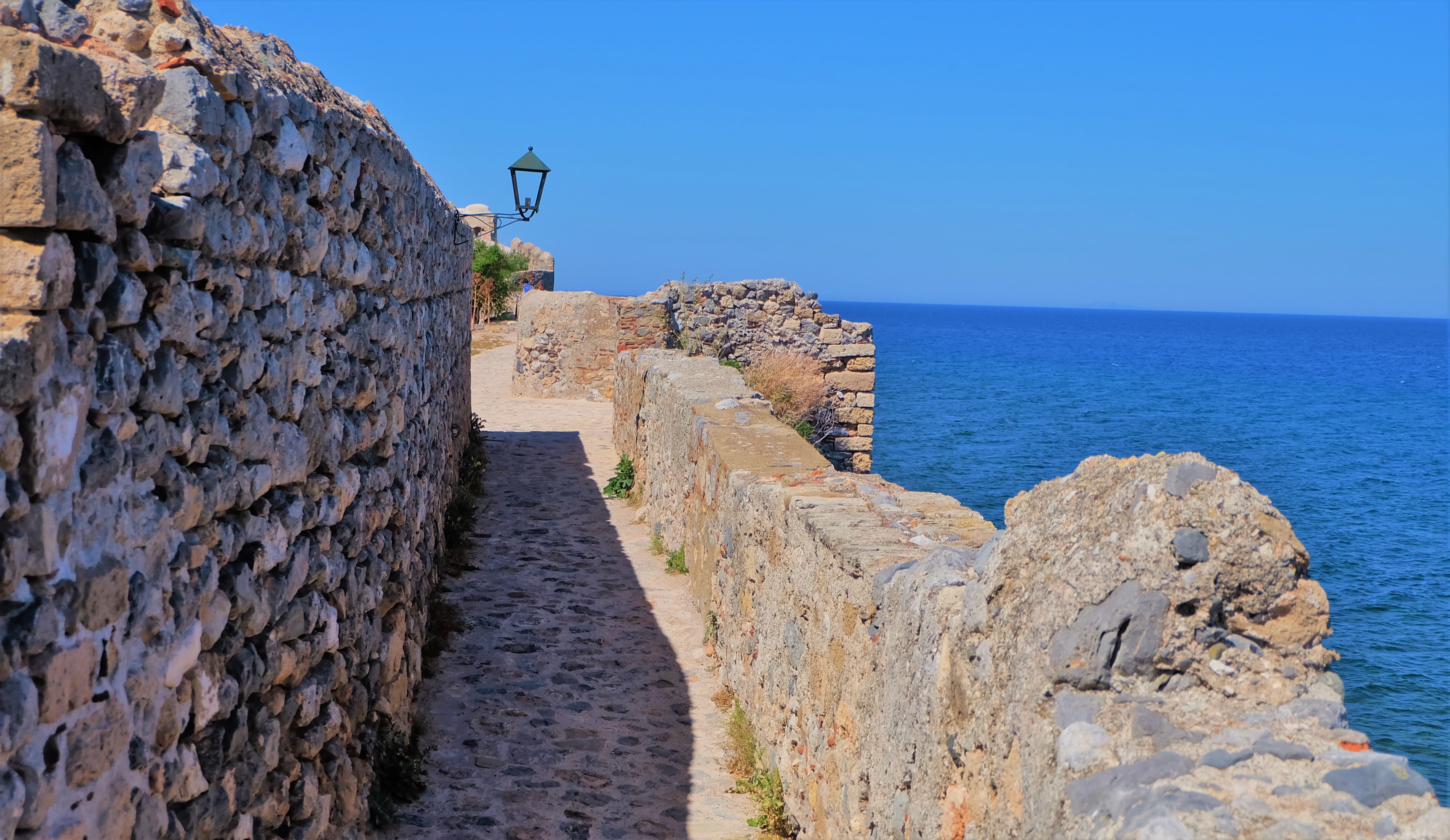 Imagine a giant rock in the middle of the sea, surrounded by deep waters and treacherous cliffs, that rises a hundred metres up into the air, topped with a flat plateau where you can build a castle and a town, and spot an enemy ship from miles away.

Known as the ‘Gibraltar of the East‘ or simply as ‘The Rock’, Monemvasia (Μονεμβασία), located off the Laconian coast of the Peloponnese, has been the most impregnable military stronghold in all of Greece’s history.

Originally a Minoan trading outpost dating back to 2000 B.C., Monemvasia became the refuge of Greeks fleeing Slavic invaders in 583 AD. The current town was founded in the 10th century under the Byzantines and it successfully resisted invasions by the Arabs, the Normans, and later the Turks.

The name “Monemvasia” is a combination of two Greek words, “mone” and “emvasia“, meaning “single entrance”. Indeed, there is only one way you can enter this mighty rock fortress.

Monemvasia was only linked to the mainland by a bridge in 1971. Monemvasia comprises two main settlements: the fortress on the plateau is now uninhabited. Only the lower town is. You can only do the arduous and sometimes precarious climb to the upper town on foot. There are mini vans outside the very impressive stone gate that will bring you to the mainland for a few euros.

Why you should stay on Monemvasia

Monemvasia is one of the most picturesque towns in Greece! Its narrow alleys, its quaint medieval houses, its charming hidden gardens form part of a magical experience. The view at the top is also incomparable.

The hotel we stayed in was called the Theophano Art Hotel. It came with not one but two open terraces! One was just outside our room while the other, the rooftop terrace was where we spent our days sipping the famous Monemvasia wine and reading books.

One wonderous experience was when we laid down on the rooftop terrace to watch the stars while listening to the waves crashing onto the rocks far below. There was no city lights to drown out the galaxy. It was just us, the stars, and the sea.

This must have been how people lived for four thousand years on Monemvasia, which in turn protected them from both natural disasters and barbaric invaders.

Where to wine and dine on Monemvasia

Monemvasia has been making wine since it was inhabited. All its ancient houses have vaults to store wine and fresh water. The English word “Malmsey wine” came from Monemvasia’s Italian name, Malvasia. British TV presenter Rick Stein visited Monemvasia in 2010 and reintroduced the consumption of this medieval white wine to the UK.

You should also definitely try out some of local dishes, like the Saiti (Σαΐτι)– a local pie with wild greens, herbs and feta cheese in flaky crust – and the Bakaliaros Skordalia (Μπακαλιάρος και σκορδαλιά) – fried cod with garlic and potato sauce. Skordalia is essentially mashed potato with a hugh amount of garlic. It goes amazingly well with the crunchy and juicy fried cod!

While there are not many eateries on Monemvasia itself, they are all very reasonably priced. For more varieties or normal Greek prices, you may want to make a trip to the mainland.

Before you go, check out my other recommendations in Greece! 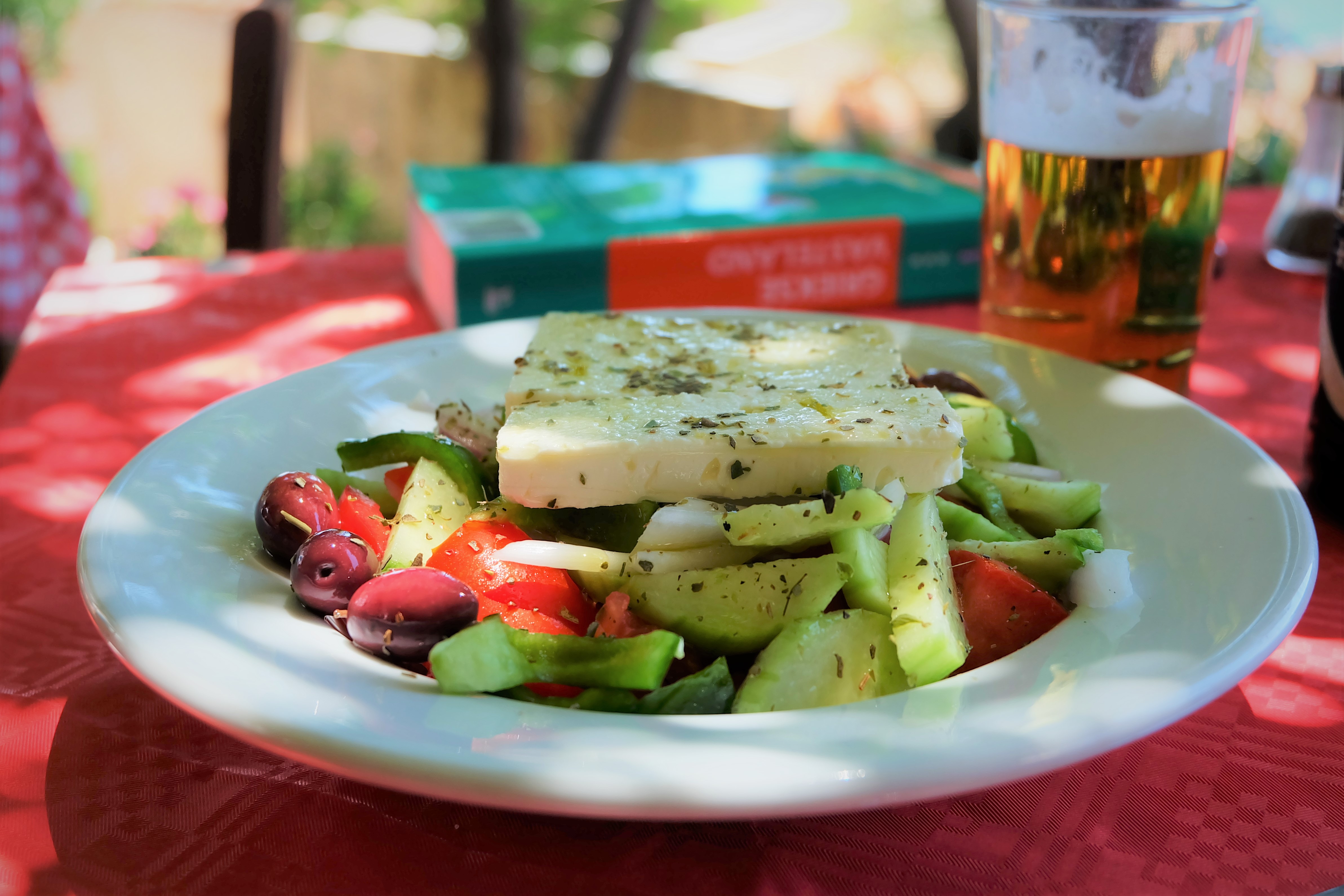 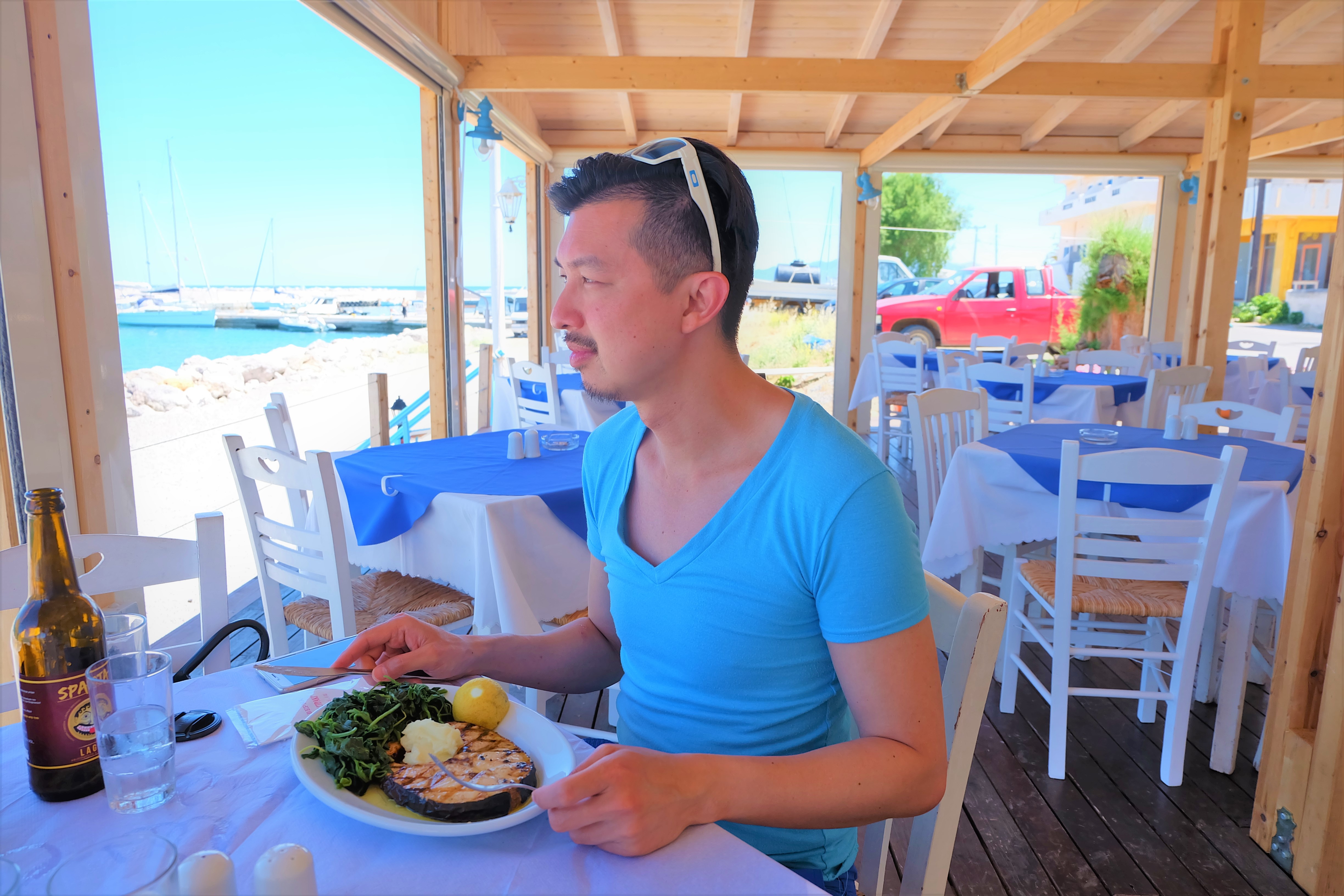 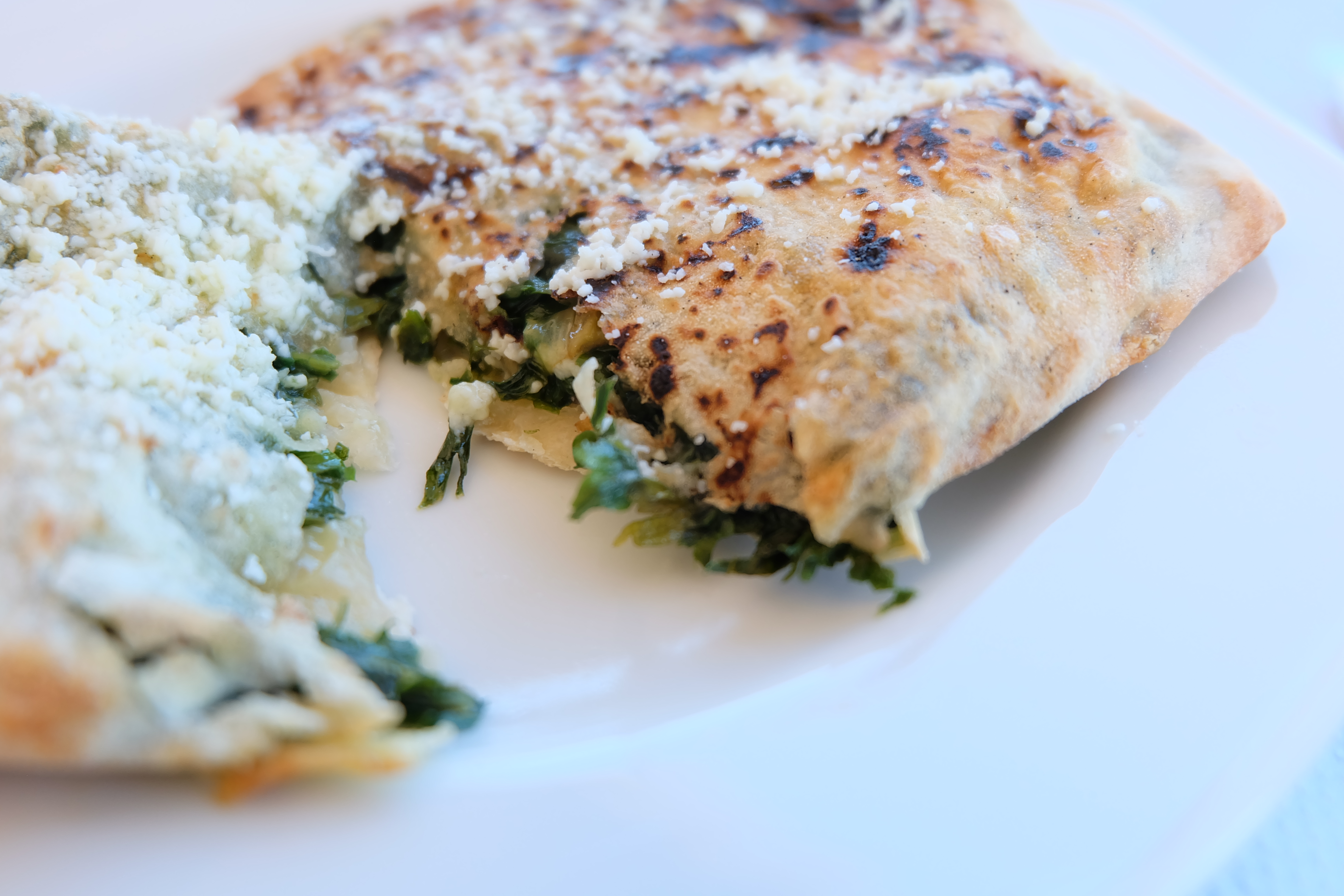 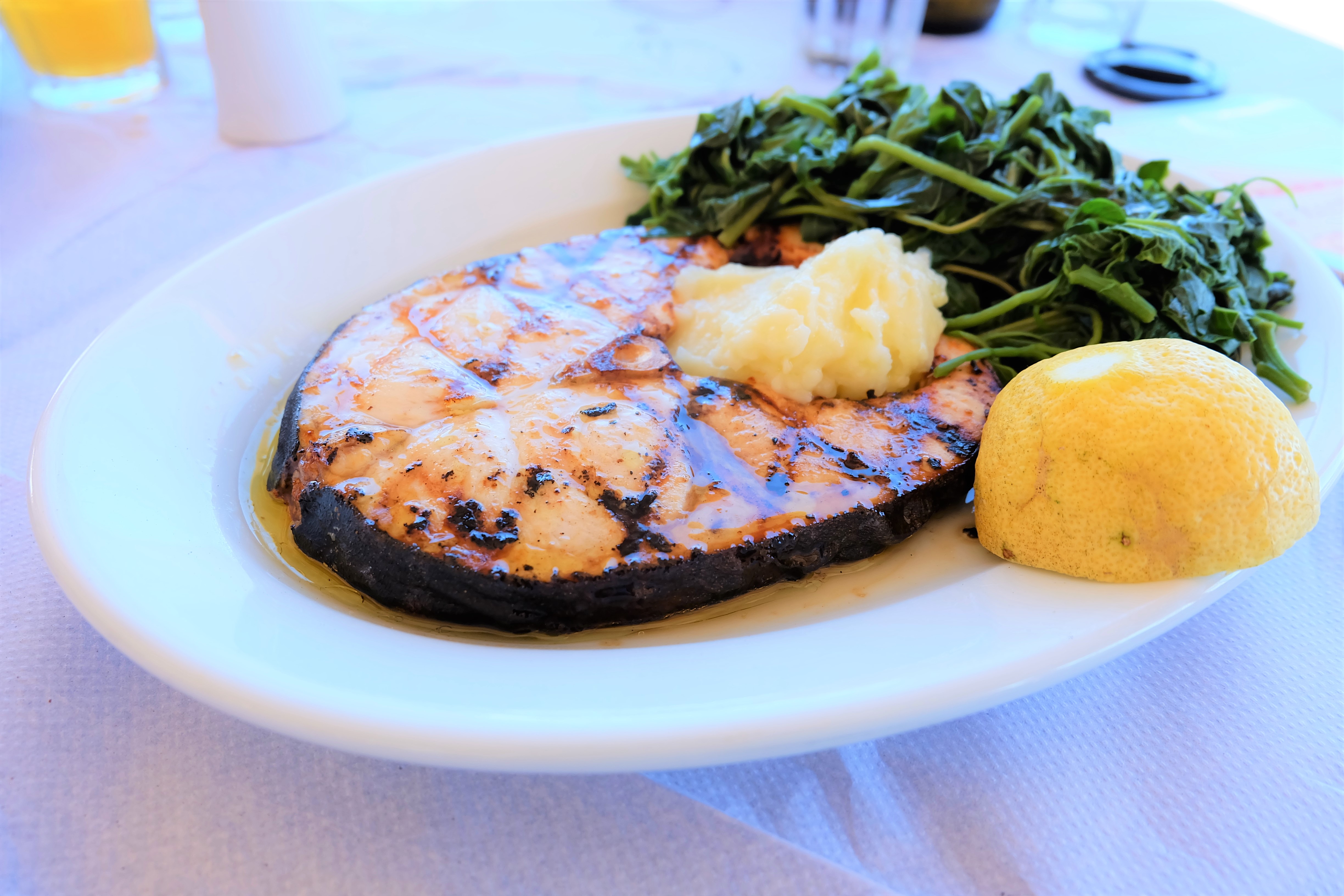 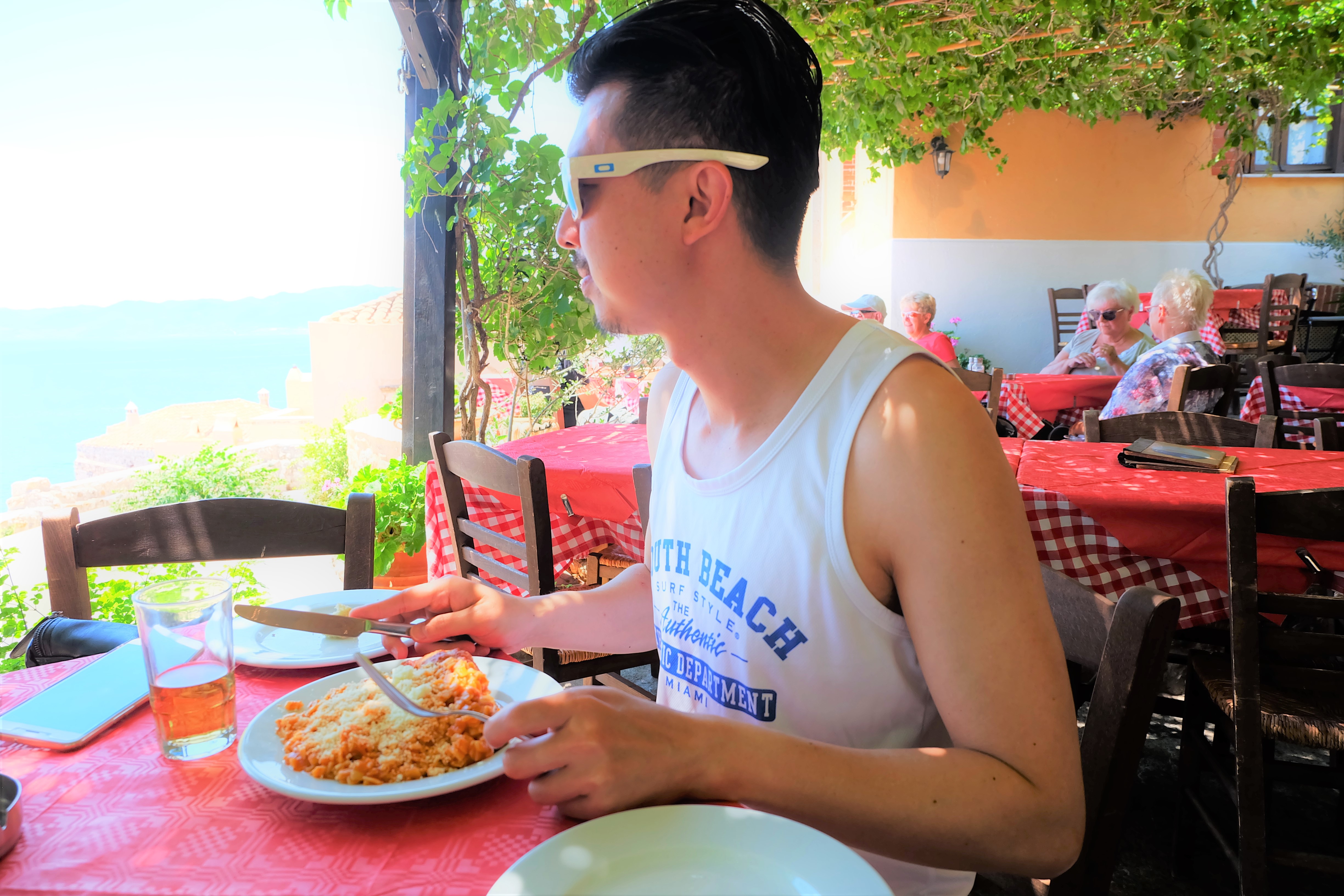