Why Nikko 日光 is the most magical place in Japan 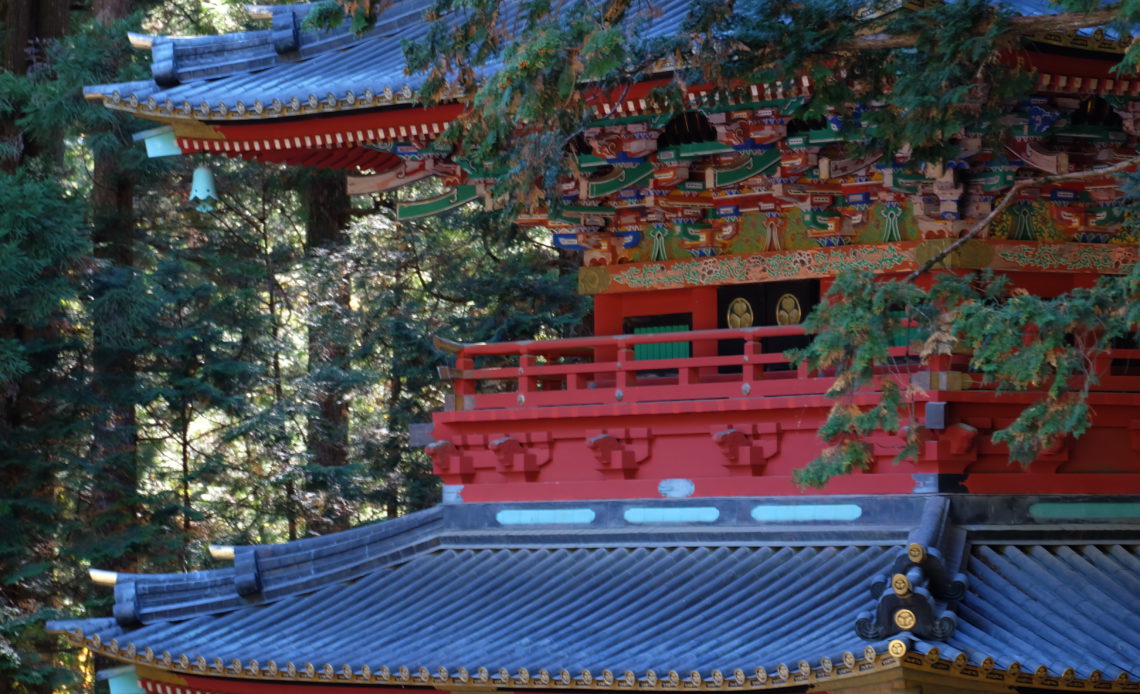 There is an old saying in Japanese: “Never say ‘kekko’ (enough), til you’ve seen Nikko” (日光を見ずして結構と言うなかれ).

This attests to the place Nikko has in the Japanese psyche, that it is the ultimate sacred place of mystical beauty, and of deep cultural, religious and historical importance. To understand Japanese culture, you absolutely need to visit Nikko.

There are a few reasons why Nikko is the site of magic and mystics. If you are a fan of Hayao Miyazaki’s Spirited Away and Prince Mononoke, you’ll understand the reverance of the Japanese for nature and the spirits that roam and govern it. When you are in Nikko, you will find yourself charmed by the real life representation of those spirits and the way the Japanese interact with and live in harmony with them.

Nikko 日光 was an ancient site of mountain worship

As part of its native Shinto beliefs, mountain worship is where believers retreat into the seclusion of high mountains so that they can learn to live with the spiritual world there.

It is said that in the Heian period (平安時代), from AD 794 to 1185, the three mountains Nikko-san, Nasu-san and Haguro-san were where Yamabushi priests train themselves spiritually.

Tengu 天狗 – the heavenly dog – is a half-demon half-god with a huge long penis as a nose. Tengu is said to reside in these mountains. One day, when Tengu was travelling from Nikko-san to Haguro-san, he sat on a huge rock and found there was water gushing out from beneath. He took the rock and threw it into the sky and it landed on a cliff, today known as Tengunoyu
天狗の投げ石. This was the origin of onsen 温泉 and the Japanese’ love of soaking in hot sulfuric spring water.

But Nikko was not founded as a Shinto site. It was a Buddhist monk who first built a Buddhist temple there.

According to legend, Shodo Shonin (勝道上人, AD 735-817; whose non-religious name was Wakata Fujiitomari 若田藤糸丸) arrived in these mountains in the year 766. The rapid flow of the Daiya river prevented earlier exploration of the area. Shodo Shonin then prayed to Jinja-Daiou 深沙大将 a ten-foot tall warrior Boddhisatva who saves lives in disasters. Jinja-Daiou 深沙大将 appeared with two snakes, one red and one blue, and they turned into a bridge arching across the river. The other version is that Shodo Shonin rode upon the head of the snakes to cross the deadly river. Either way, you can see a statue of Shodo Shonin riding on the serpents once you step out of the Nikko train station. Also, the magical bridge of Jinja-Daiou 深沙大将 is now one of the most beautiful and photographed bridges in Japan.

The Shinkyo Sacred Bridge is the first thing you will see while walking towards Nikko. It is completely laquered in red and although this design was originally built in the 17th century, the current one dates back to 1902.

Once arrived in Nikko, Shodo Shonin went ahead to built the Rinno-ji Temple (輪王寺). The most famous and sacred part of this temple is its main hall, called the Three Buddha Hall 三仏堂, which contains gold statues of Amida Buddha, Senju Kannon (“Kannon with a thousand arms”) and Batō Kannon (“Kannon with a horse’s head”).

Within the Rinno-ji you can visit the mausoleum of the man himself, Shodo Shonin. He served as the first head abbot of Rinno-ji.

A bit further from the Rinno-ji is the Futarasan-Jinja Shrine 二荒山神社, also built by Shodo Shonin in 782. But here, it is a Shinto and not Buddhist shrine. The shrine worships the three deities of Nikko’s three most sacred mountains: Mount Nantai 男体山, Mount Nyoho 女峰山 and Mount Taro 太郎山.

Futara-san (二荒山) is an alternative name to the folk name of Mount Nantai 男体山, and it means “male body”. Perhaps a reference to its active volcano that could still squirt into the air.

The Futarasan-Jinja Shrine contains the most exquisite medieval temple architecture in Japan. Its single-layer Irimoya-zukuri-roofs are registered as a World Heritage. Feel free to pray in this shrine, which is known for those who seek success, pregnancy and marriage.

Nikko 日光 was the stronghold of the Tokugawa Shogunate

In the early modern era, Japan was ruled only by name by its Emperor, but the real power laid with the feudal lord Shogun. This was the era of the Tokugawa Shogunate 徳川幕府 (1603-1868).

It was said that by the 1600s, there were sixty thousand Yamabushis (mountain priests) living and training in Nikko. The founder of the Tokugawa Shogunate, Ieyasu Tokugawa 徳川家康 (1543-1616) was concerned by this number of people not under his control. He swiftly banished and killed the priests, as well as banned Tengu-worship.

THe next thing Ieyasu Tokugawa did was to establish his own Shinto shrine, called the Toshogu Shrine 東照宮. It is a very ornate and lavishly decorated shrine complex that contains more than a dozen buildings. Amidst all the decorations is the mausoleum to the Shogun himself. Here he is deified as Tosho Daigongen, “Great Deity of the East Shining Light”.

By the bridge is a monument dedicated to the rows and rows of Japanese cedar trees that perfume the air in Nikko. Erected by Masatsuna Matsudaira on 17 April 1648, the powerful daimyo (feudal lords) who was put in charge by the Shogun to rule over Nikko, the inscription says the trees were planted over two decades before around the shrines and from the sacred bridge all the way to the surrounding vilages.

Rumour has it that Masatsuna Matsudaira planted the trees because he was miserly, as compared to daimyos of other regions, who would normally make generous donations to shrines and temples.

In any case, we have the miserly Masatsuna Matsudaira to thank for the visual and fragrant delights the cedars bring to the site hundreds of years later.

Also bear in mind that Nikko is high up. Temperatures here are 10 degrees cooler than the rest of middle Japan at all times of the year.

What to eat in Nikko

Upon arrival in Nikko, you will be greeted by a store selling the local street food: Age Yuba Manju 揚げゆばまんじゅう. Age Yuba Manju is a fritter with red bean filling, first wrapped in a layer of tofu skin (called Yuba) and then deep-fried to perfection. It is a sweet and salty delight not to be missed!

Other specialties include rice dumplings and smoked river herring.

How to get to Nikko

You can get to Nikko from Tokyo by taking the JR Tohoku Shinkansen from either the Tokyo or Ueno Station to the Utsunomiya Station, then transfer there to the JR Nikko Line. Nikko station is the last stop.

釜う Kamau: Taste freshly-made Sanuki-udon in the heart of Tokyo

Explore the most beautiful village in Japan: Shirakawa-go 白川郷