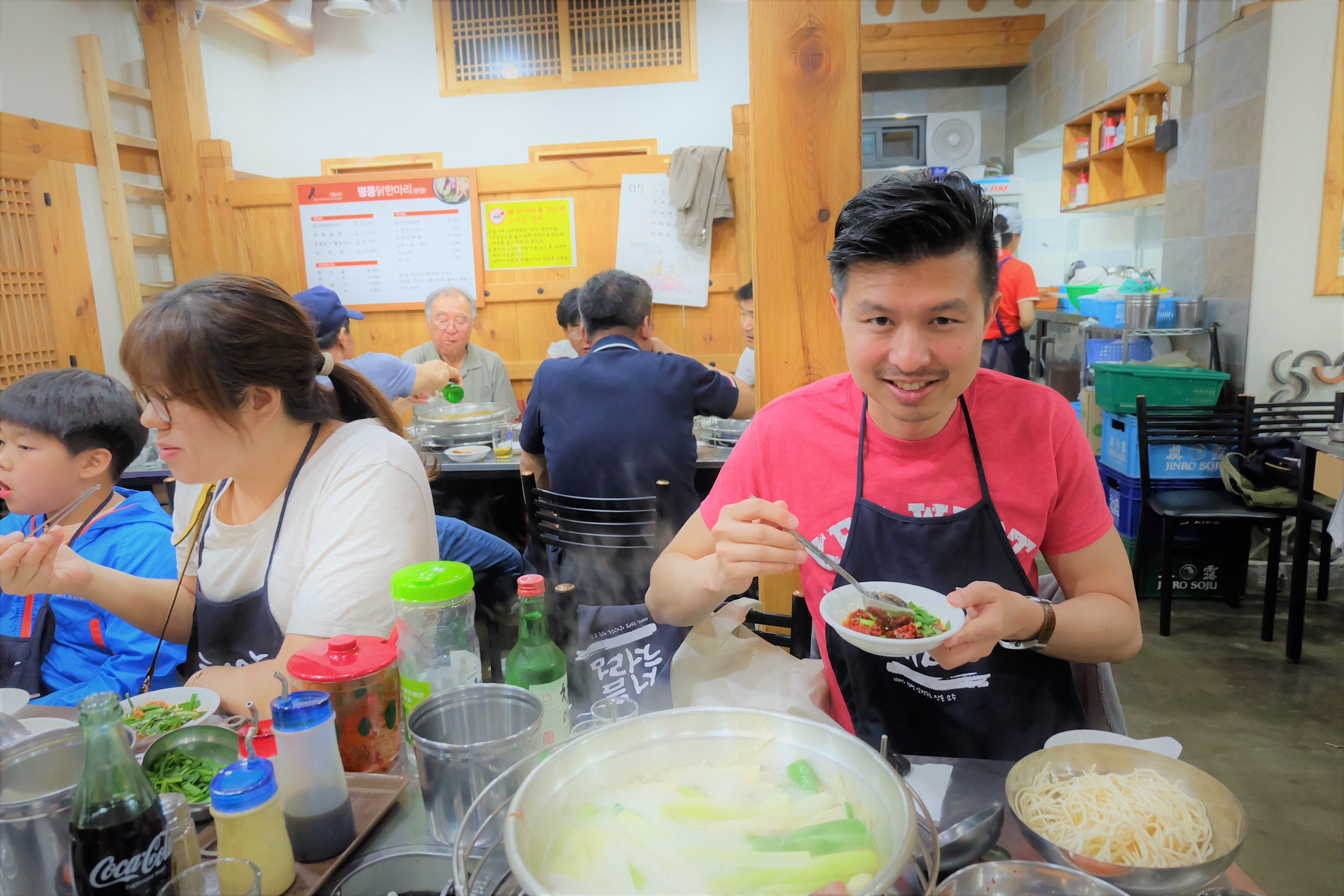 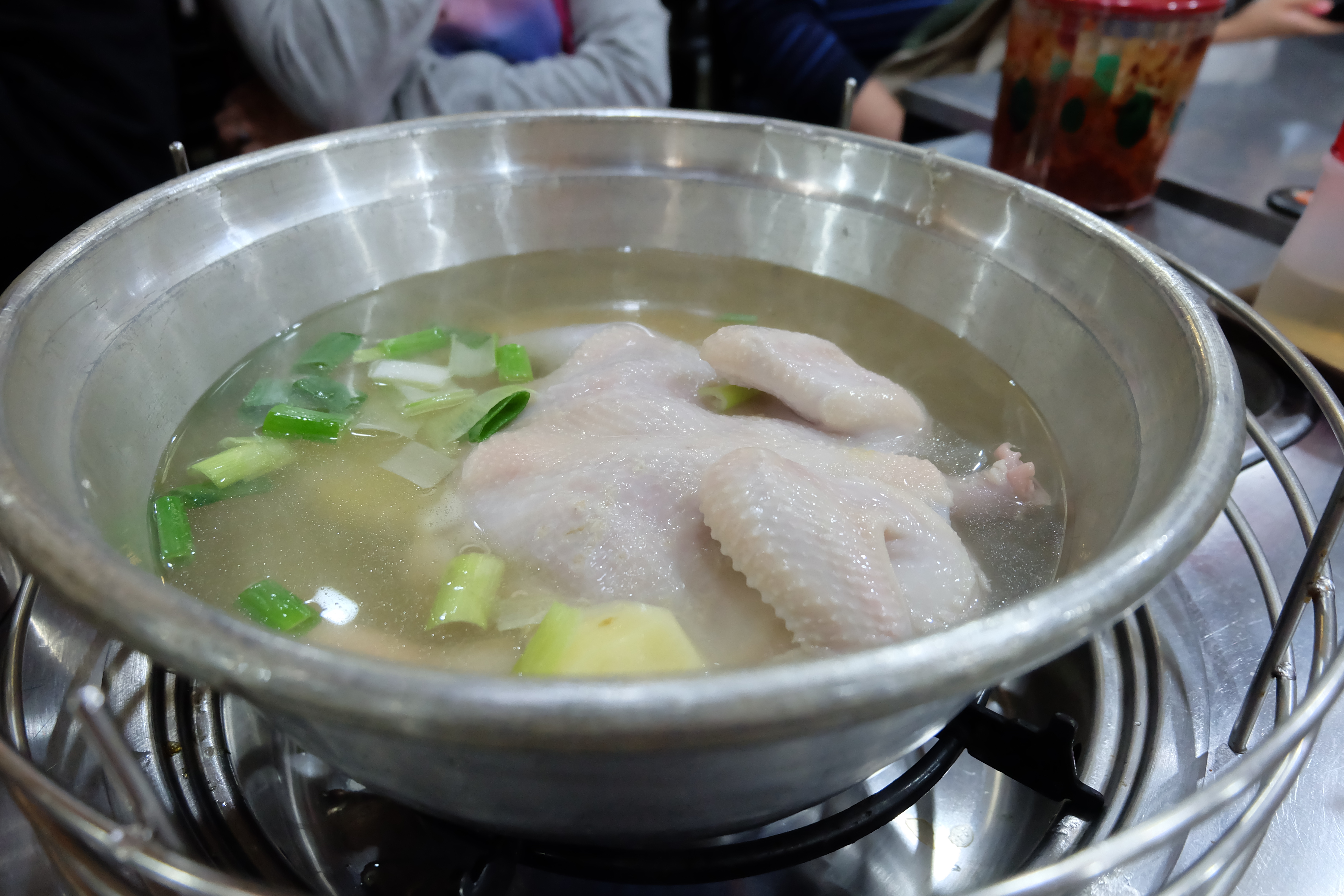 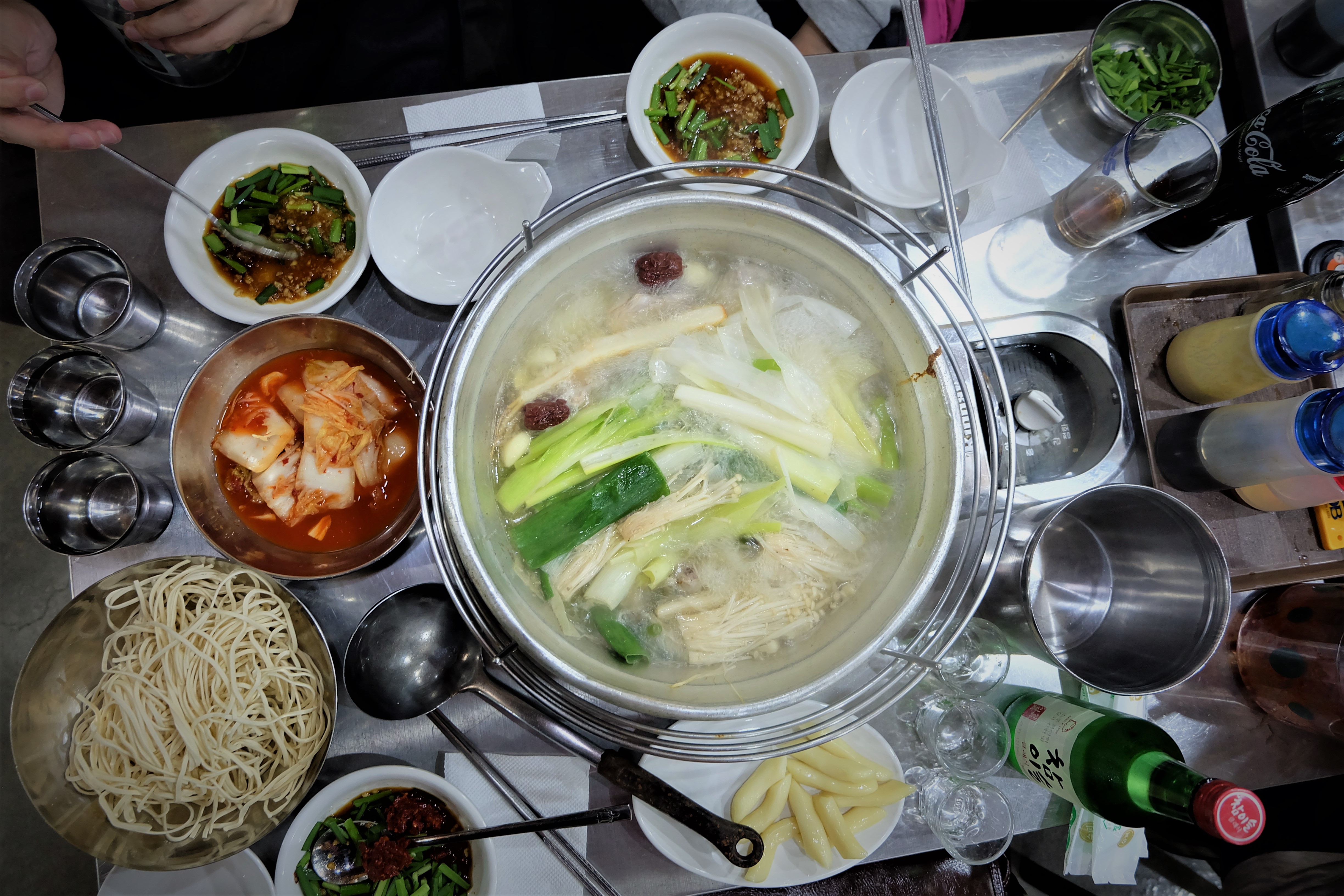 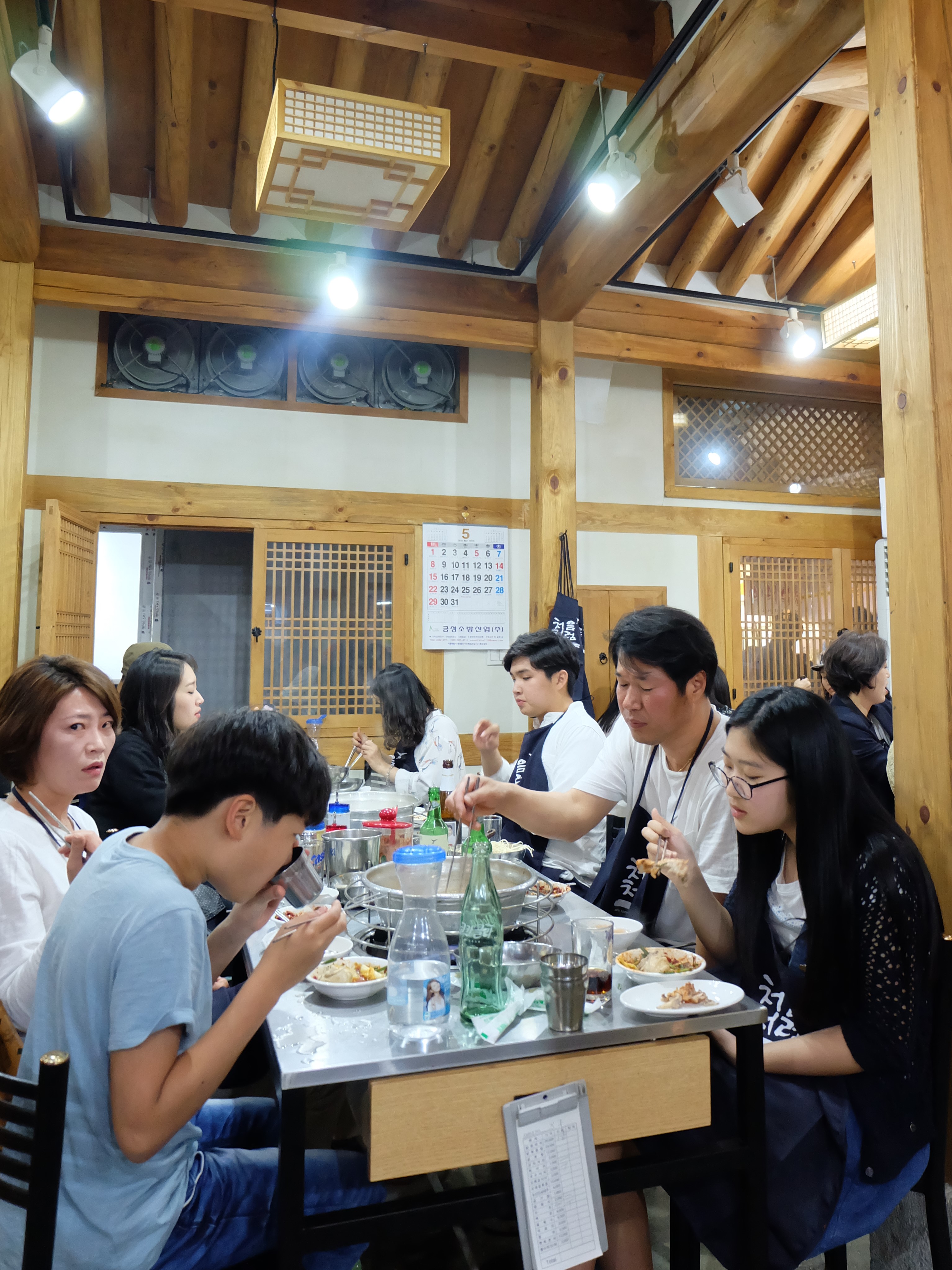 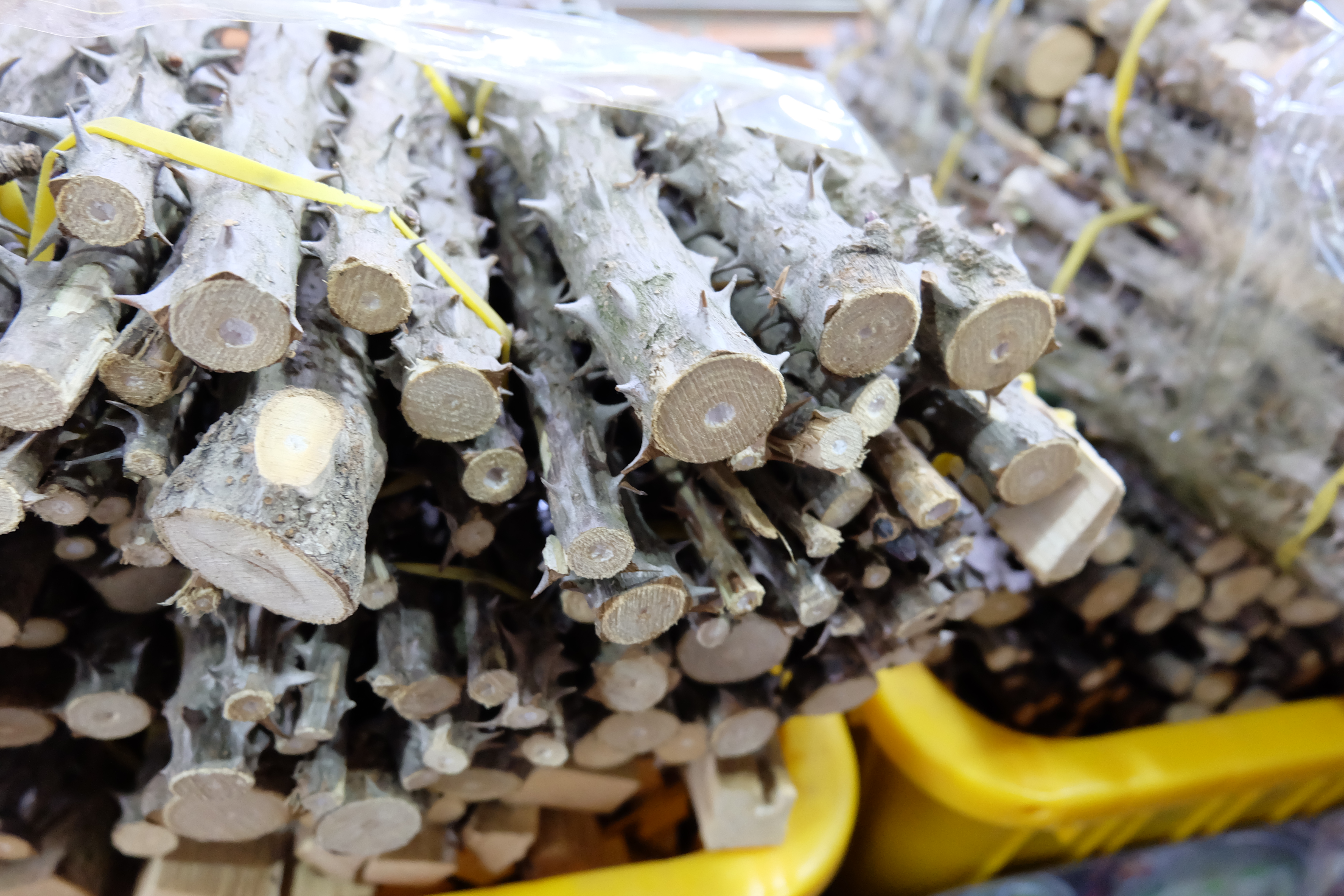 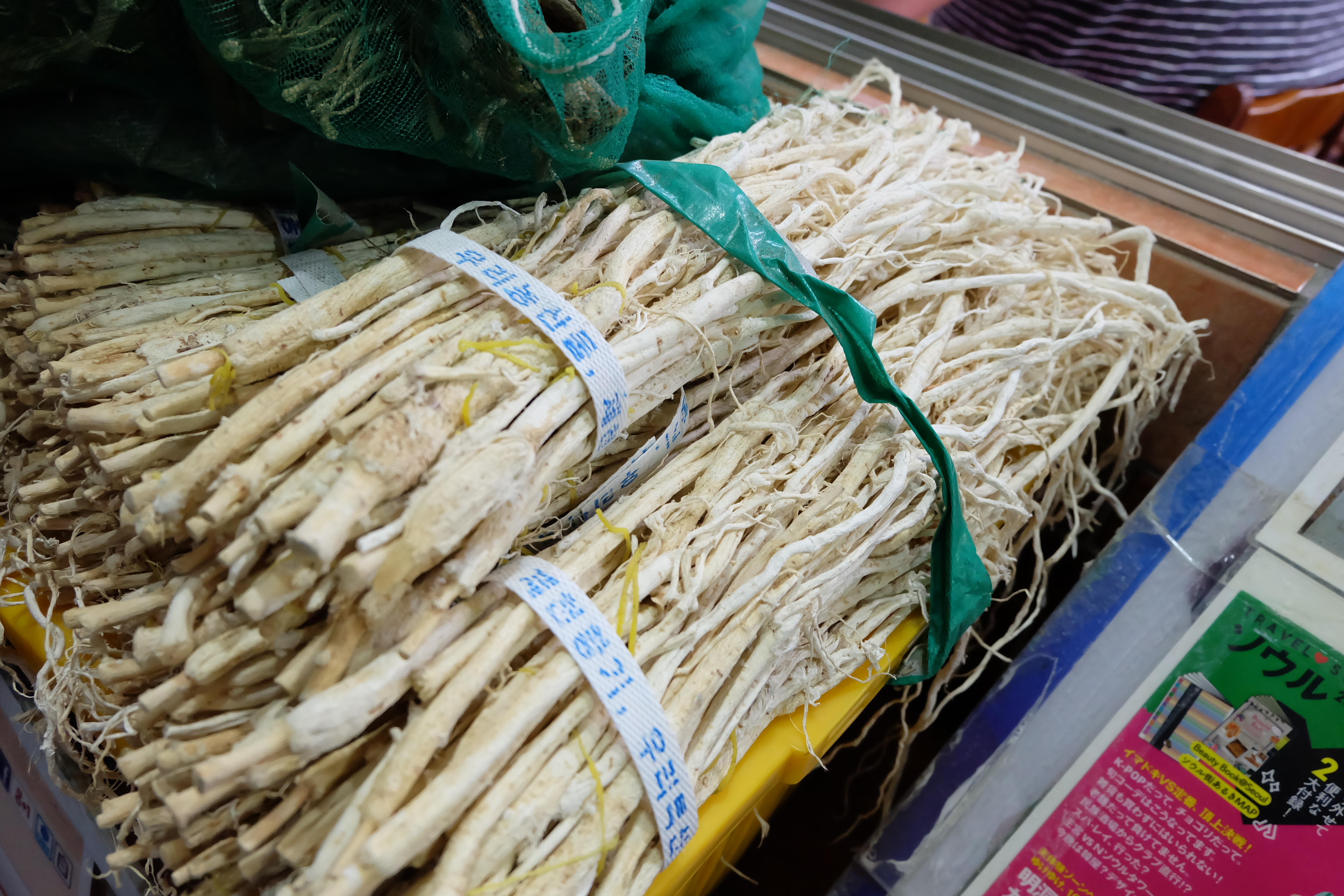 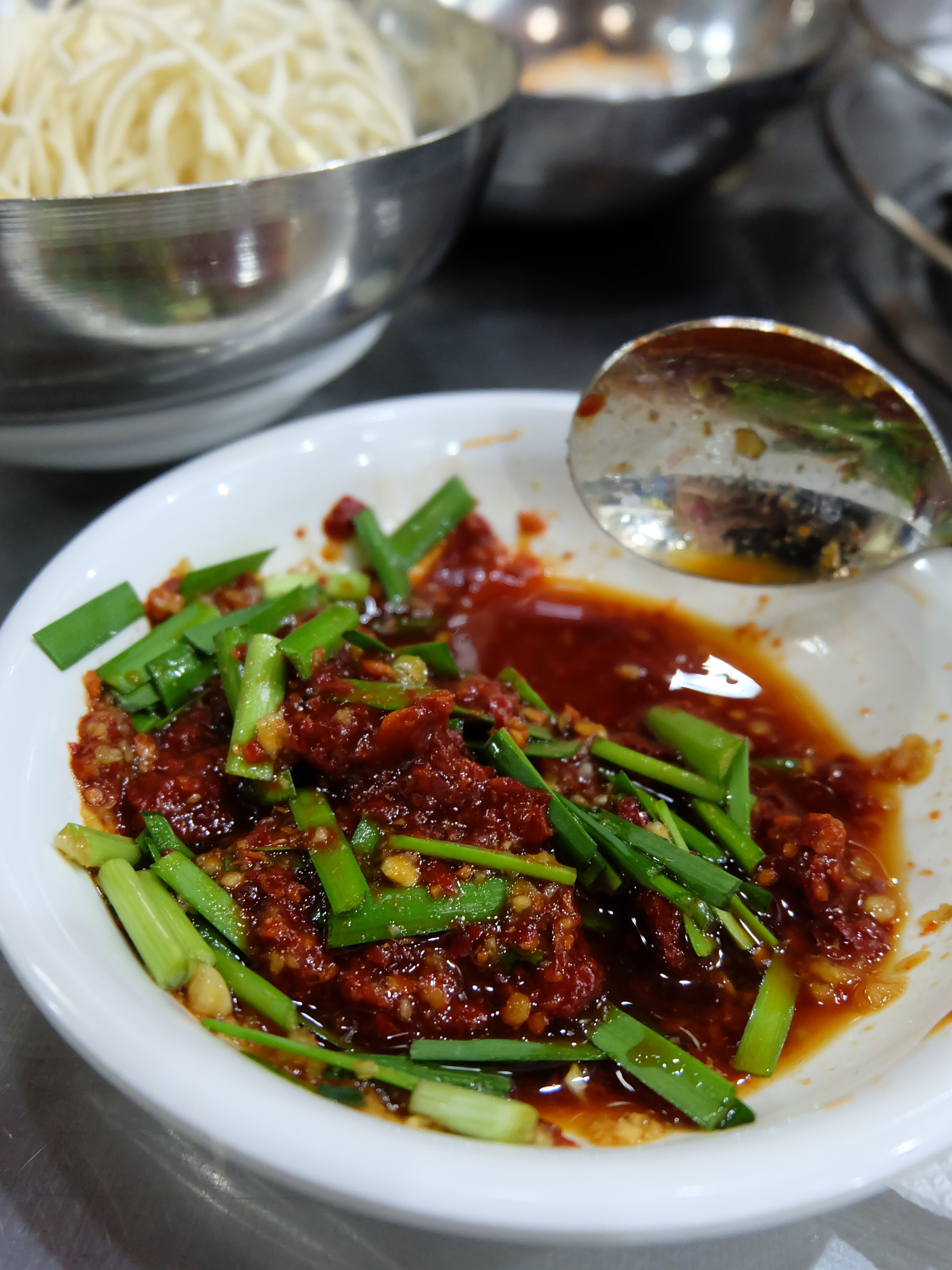 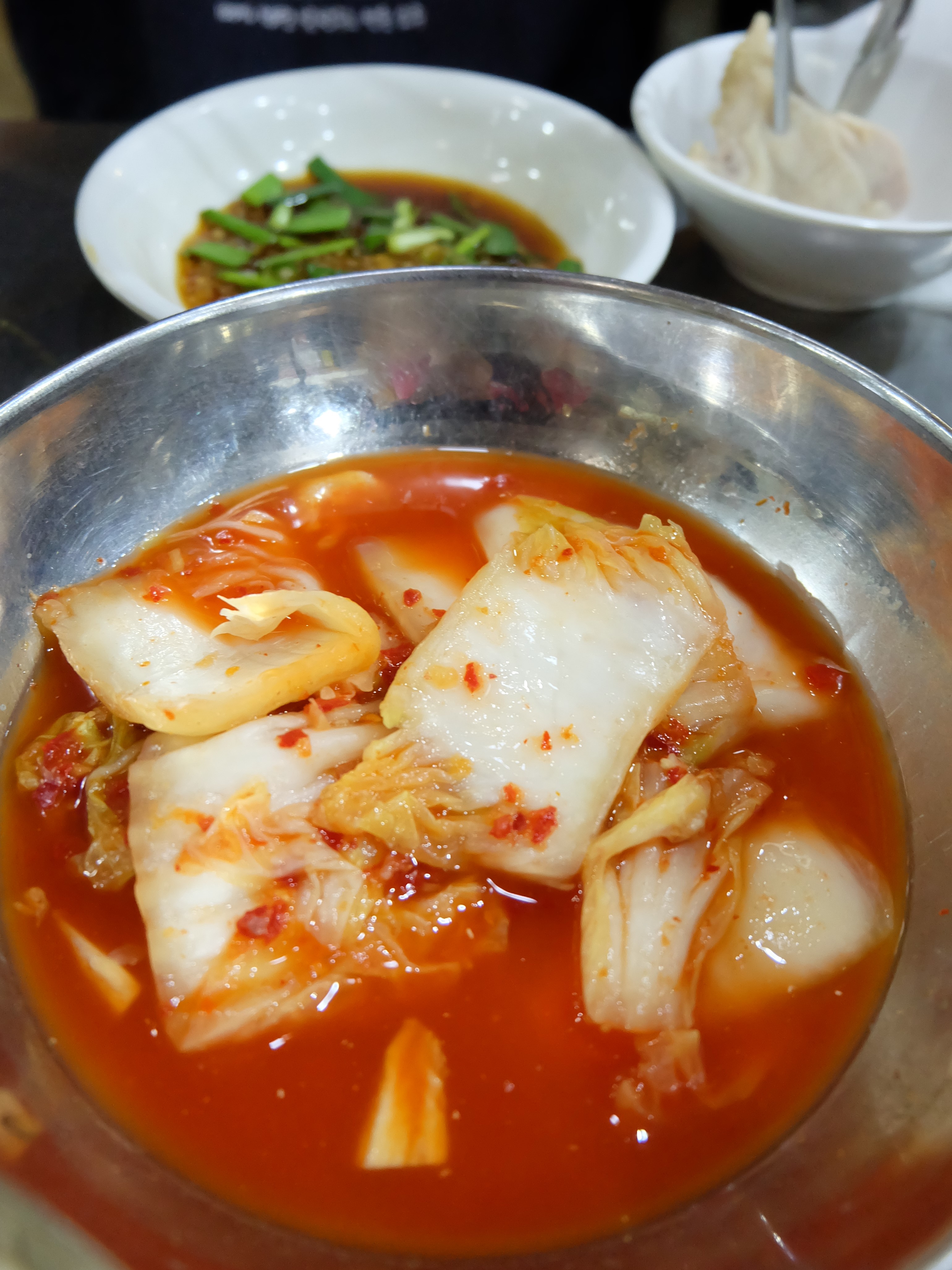 I was at first sceptical about this idea: boiled chicken in a big pot of soup. Surely it would taste wholesome, like when you are ill, but I wouldn’t call it an unprecedented idea. Oh boy I was wrong.

When we first entered the alley Myeongdong, we were confronted by grilled fish restaurants on our left. My brother urged me to move on, despite the allure of the amazing smell of barbecued seafood.

Once you’ve reached the middle part of the alley, you’ll see throngs of Koreans queuing up outside a few restaurants with rather off-putting portraits of grandmothers on the outside. The craze about this is unmistakable. Koreans LOVE Grandma’s chicken called Dakanmari.

Once you enter the restaurant, there is only ONE dish, the dakanmari.
It is a chicken that is being cooked in a dangerously hot metal pot of soup in the middle of the table.
There are some potatoes and spring onions in the soup to add to the taste.
You are also served the little side dishes like kimchi and anchovies that typically accompany all Korean meals.
Once the chicken is ready, the waitress will cut it up for you with a pair of scissors.
Ply the meat off and dip it in this sumptuous mixture of chives, chilli, garlic, vinegar and sauce sauce.
Should you wish, you can cook some Korean rice cakes and noodles called dukboki in the boiling soup to complete the meal.

Why is it so good?

According to their website, they only use 35 days old young chicken. The chicken served in your soup is also pre-boiled so that all the grease has already been removed.

Like all meals Korean, it’s about the company and the atmosphere! I saw around me, friends and family sharing a single pot of chicken. Everyone is talking to everyone else, it is an extremely enjoyable social experience. On top of that, the super spicy Korean chili sauce plus the rice wine make it a culinary roller coaster ride.

After the meal, I was trying to figure out what herbs they used in the soup and I came across this thorny branch. It must be one of the ingredients in the original broth as I didn’t see it in the soup itself.

So was it worth it? Definitely! Make it a dinner trip and also go with a group of friends or family. Book in advance, because there is usually a long wait.

Make hay while the sun shines Lift weights while

Sometimes I get distracted while dressing up. 😄

🏡 Home is a place where you feel you belong and

Park Life 🌳 It's incredible how much energy the

It's weekend! 🥳 See you at the Doctor's for cof