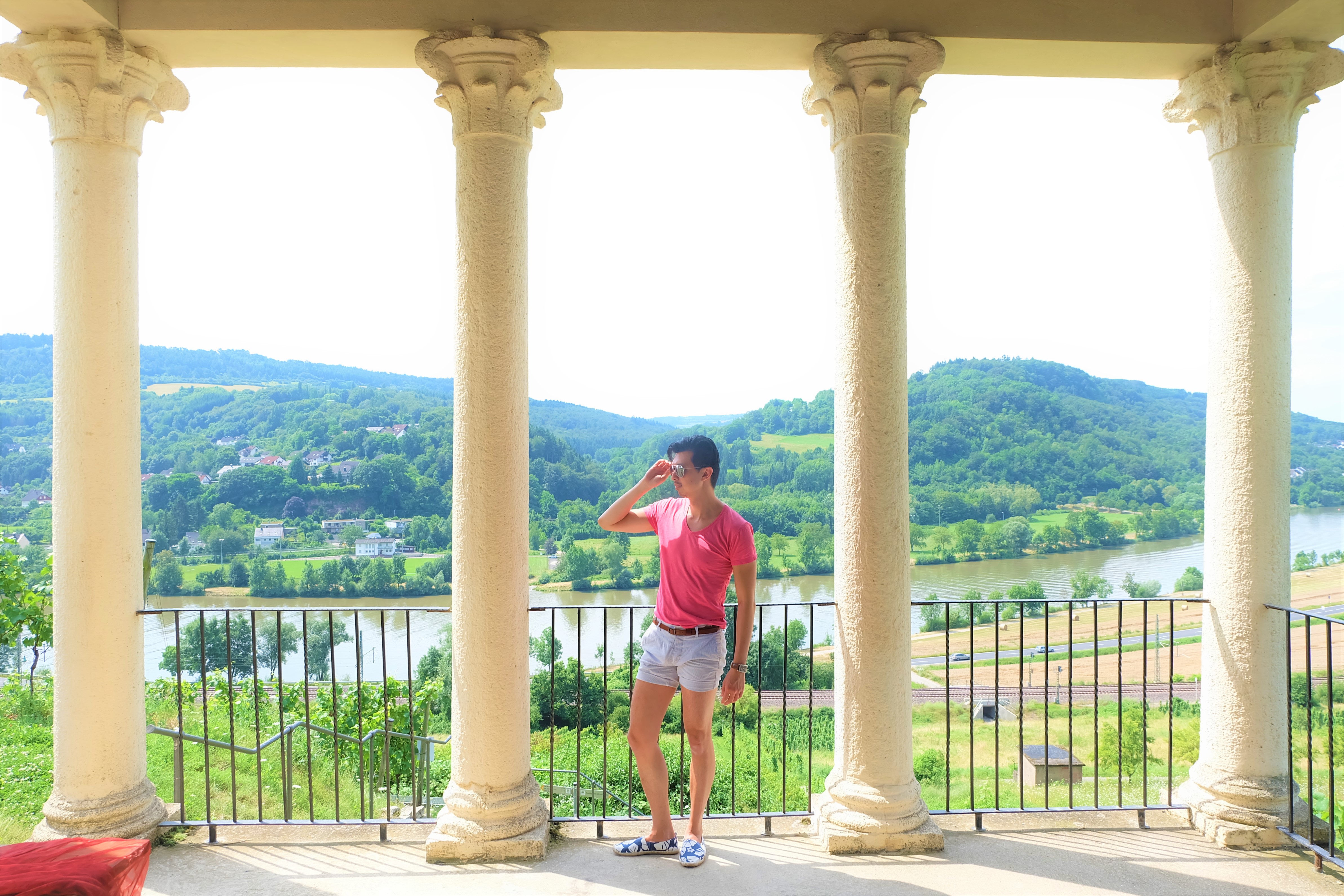 There are plenty of Roman sites to see around Trier, and there are evidences of a continuation of the Roman way of life in Germany after the fall of the Roman Empire, well into the early Middle Ages. There are three less known sites that I’d like to present to you: 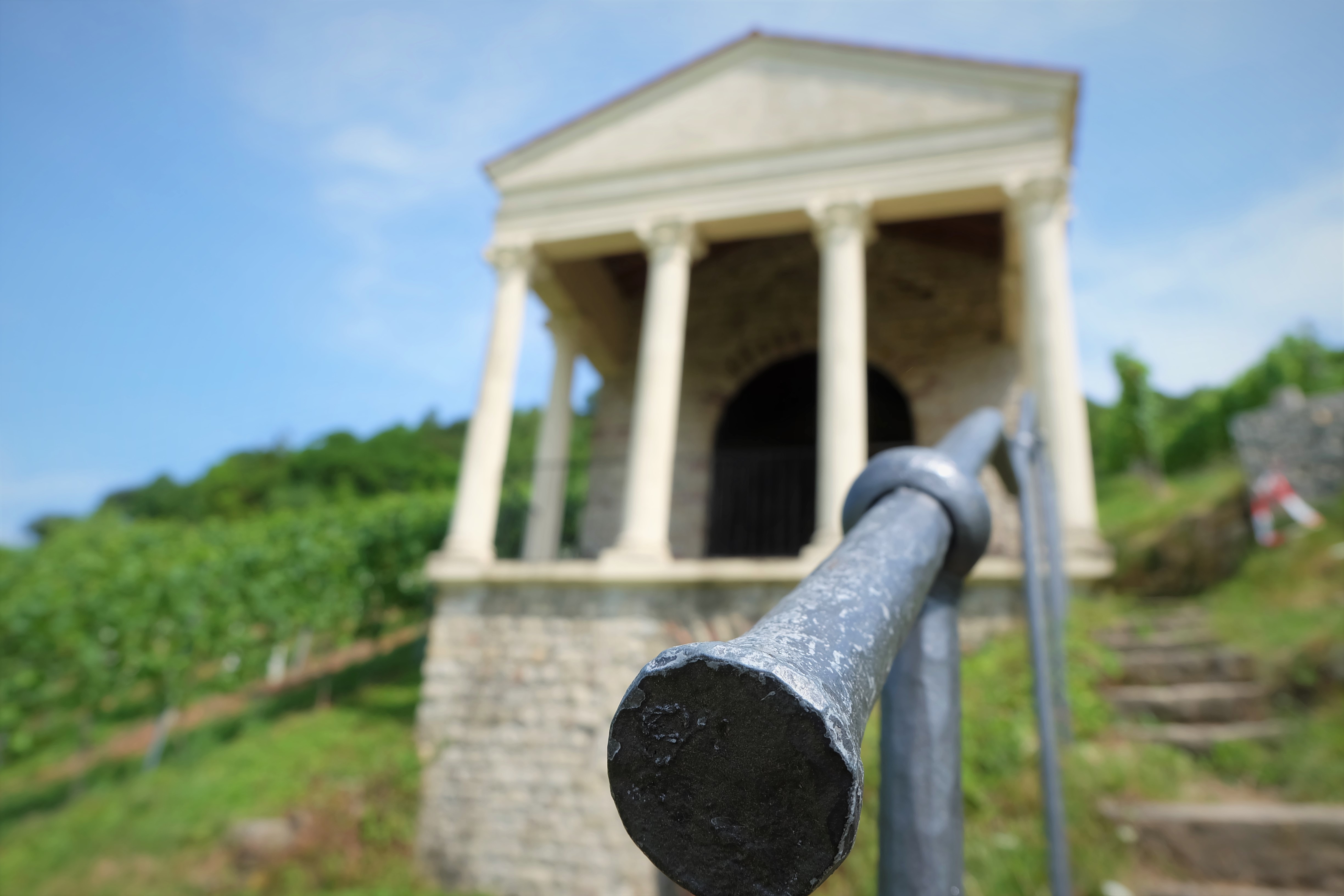 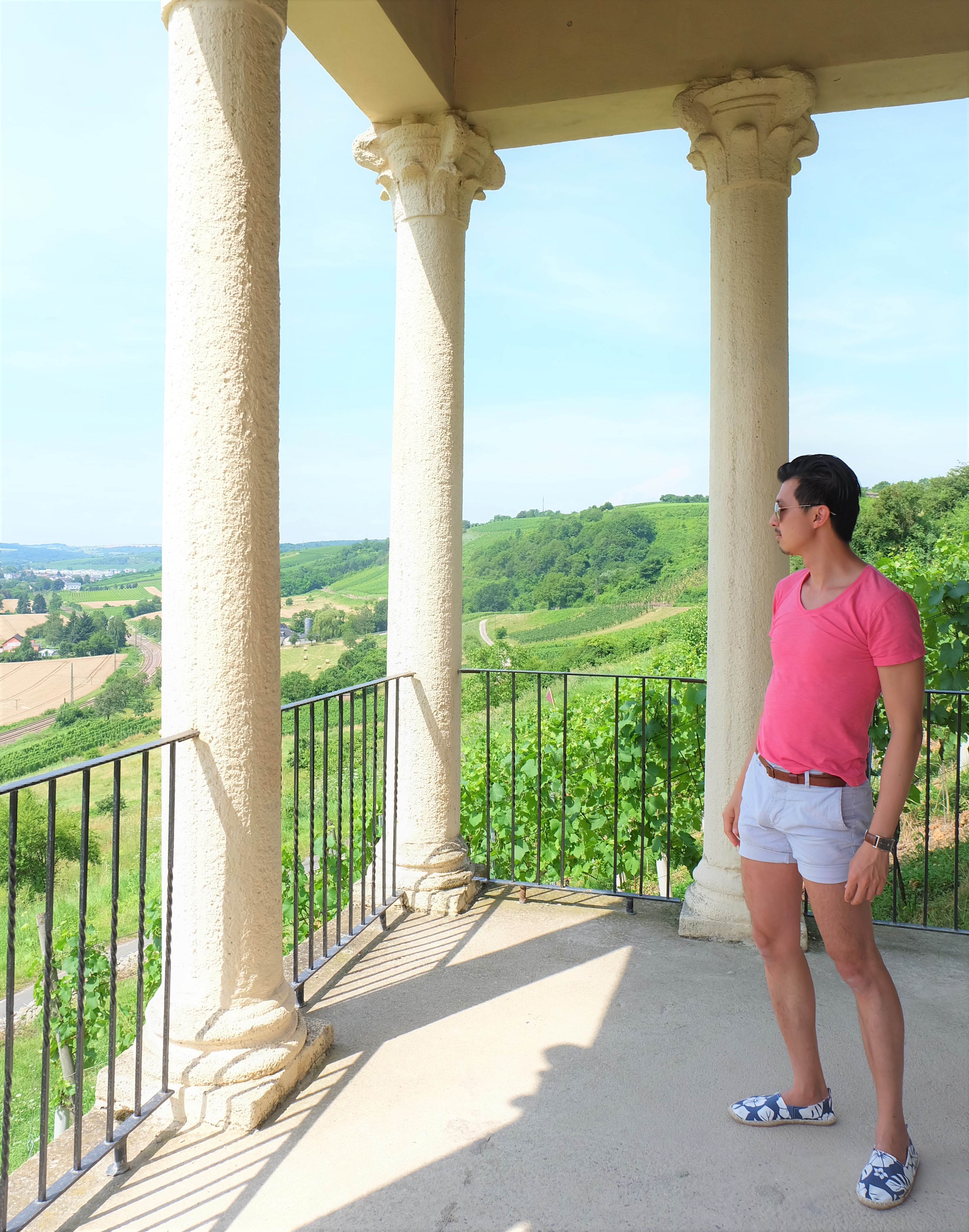 Laid on a hillside facing the meandering Moselle river, in the middle of a vienyard as it has been for 1600 years, is this tiny Roman house.

It is actually a two-storey tomb temple, that was built between 3rd-4th century AD after Trier became an Imperial Residence. Below the Grutenhäuschen is the Roman road that ran along the Moselle all the way to Trier. The ground floor consists of a vaulted room, where stone coffins and urns were kept. It is known that from the middle of the 3rd century, it became customary for both Christian and Non-Christians to opt for cremation instead of coffins, so urns were stored here prior to burial. Above the tomb chamber is a square room, which was used as a meeting place for the commemoration of the dead. The Roman poet Ausonius tells us that the course of the Moselle was lined with magnificent villas, which were undoubtedly endowed with other similar temples.

Today the Grutenhäuschen is used for festivals and ceremonial weddings.

It is difficult to drive all the way up to the Grutenhäuschen.
Turn in to the K3 from the Winzerhof Löwener Mühle, then take the first turn to the right off K3. There is space to park your car along this sandy patch. There are two paths leading along the hillside from here. Take the upper track, it will lead you directly to the Temple. 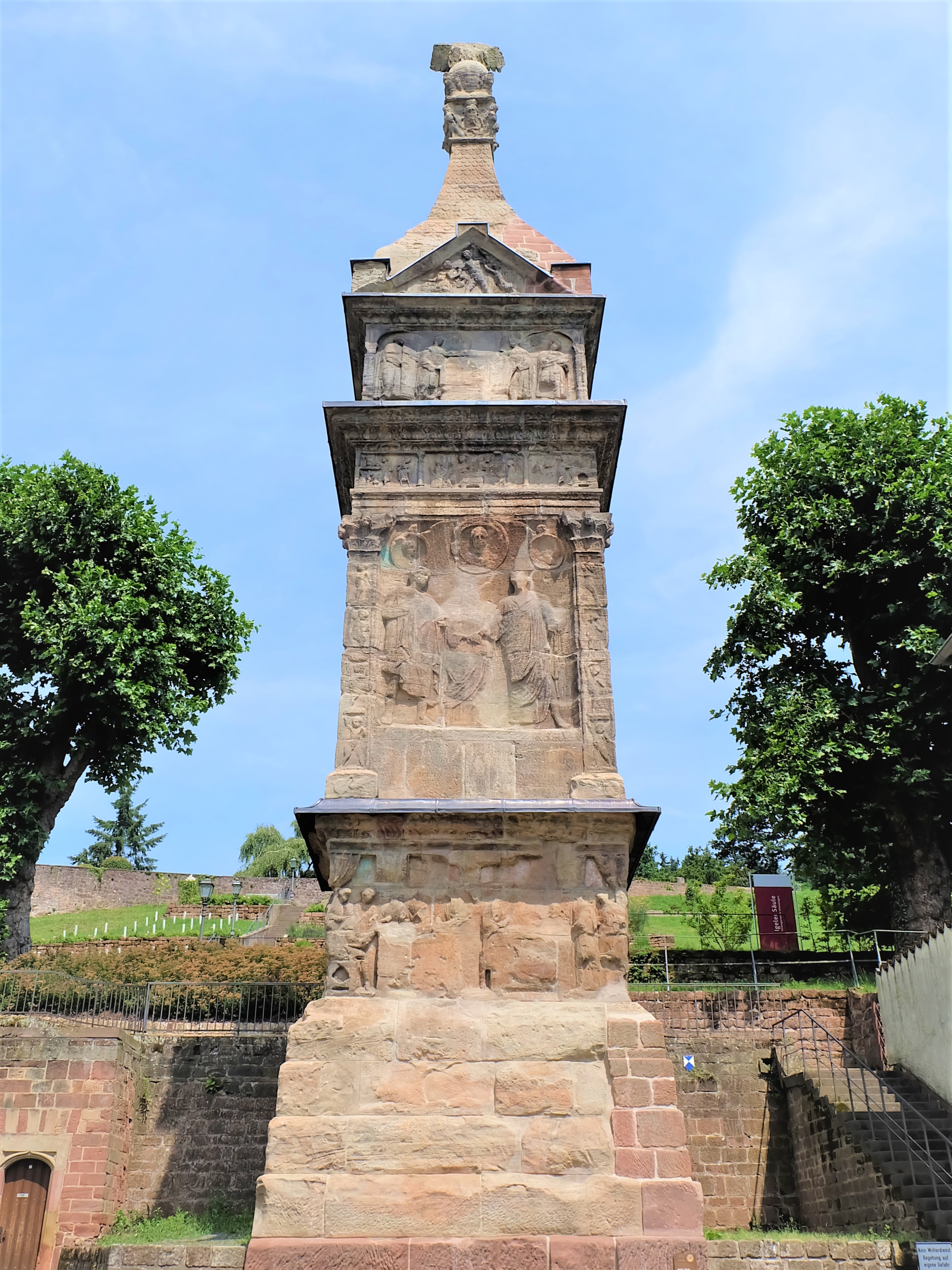 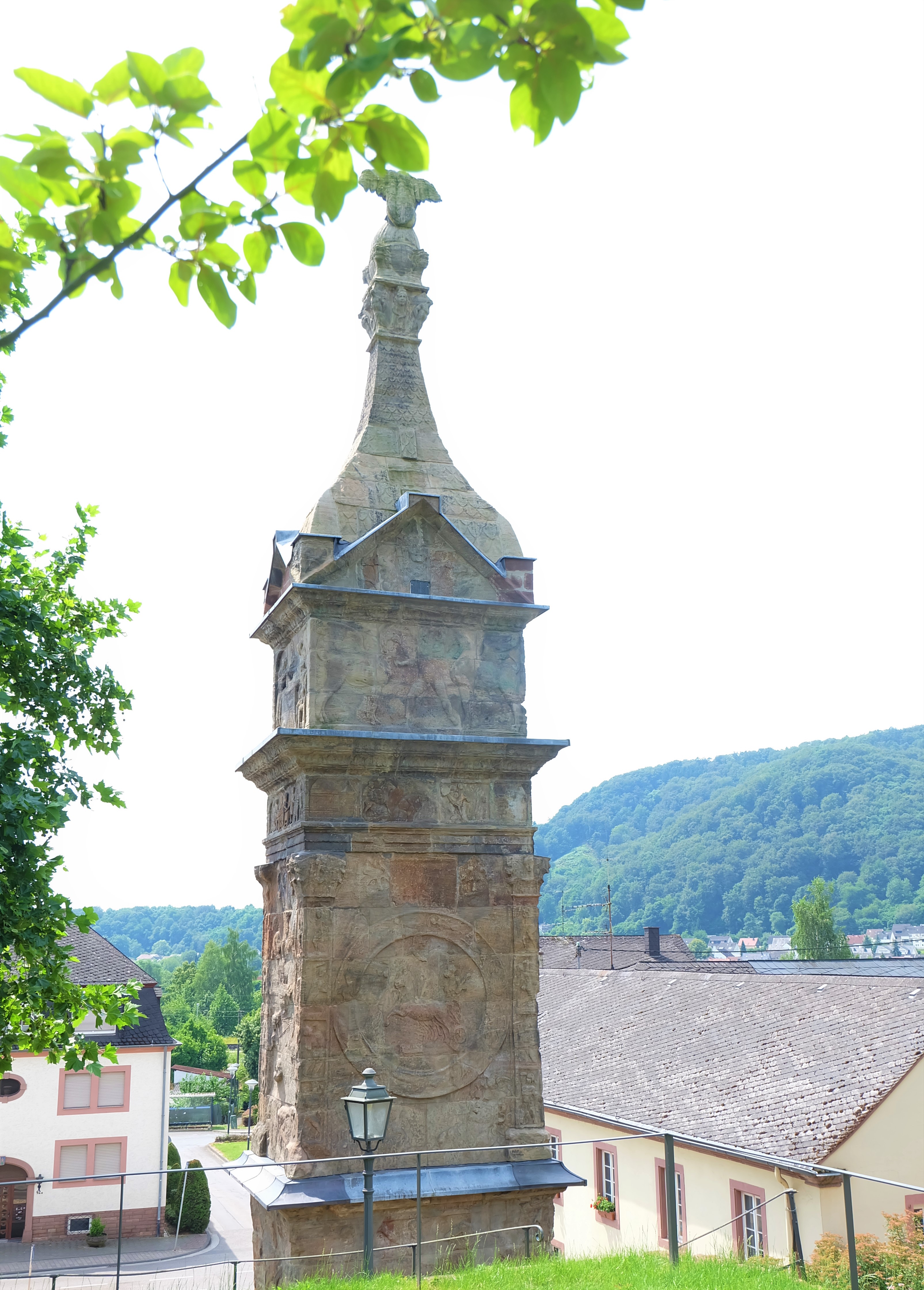 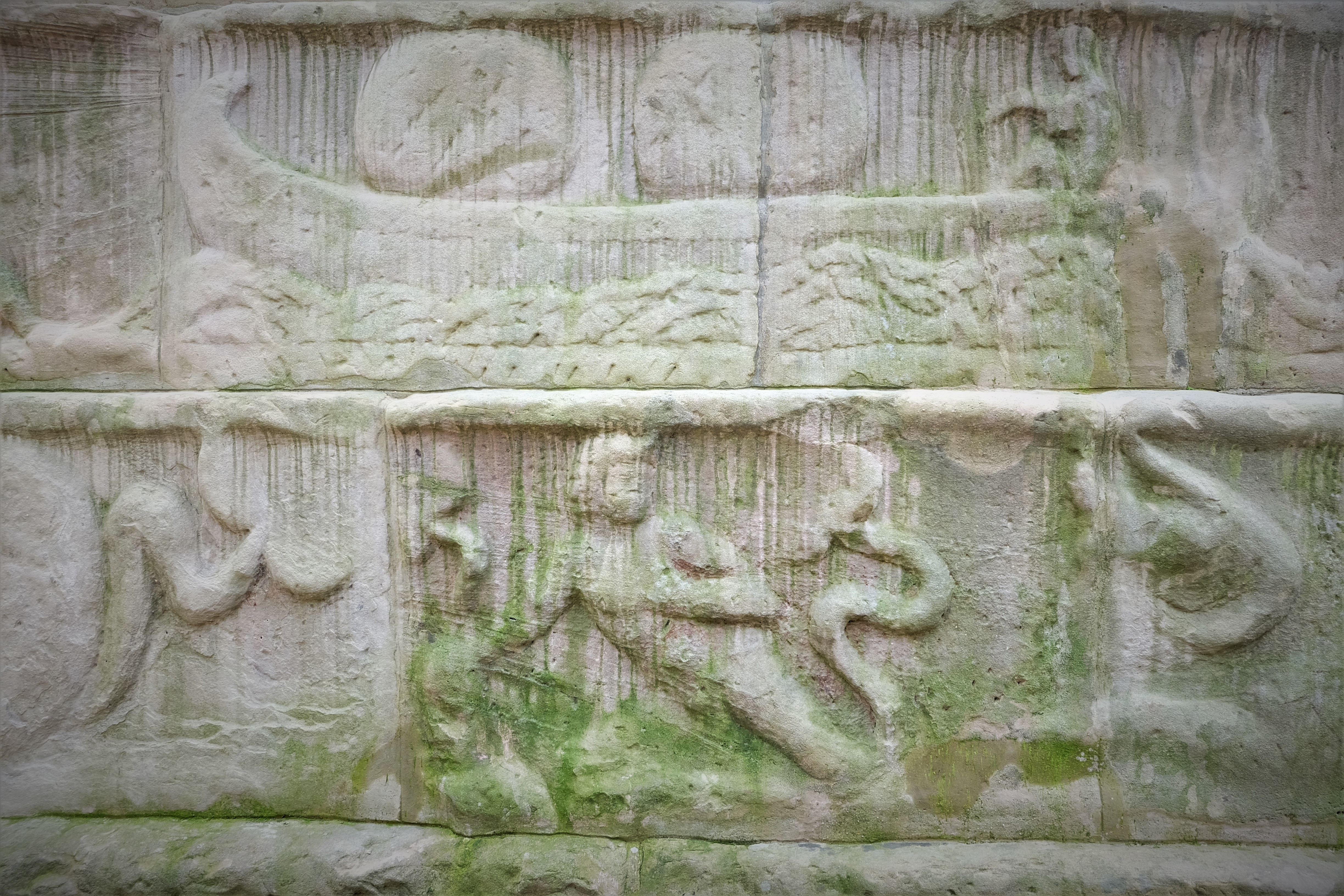 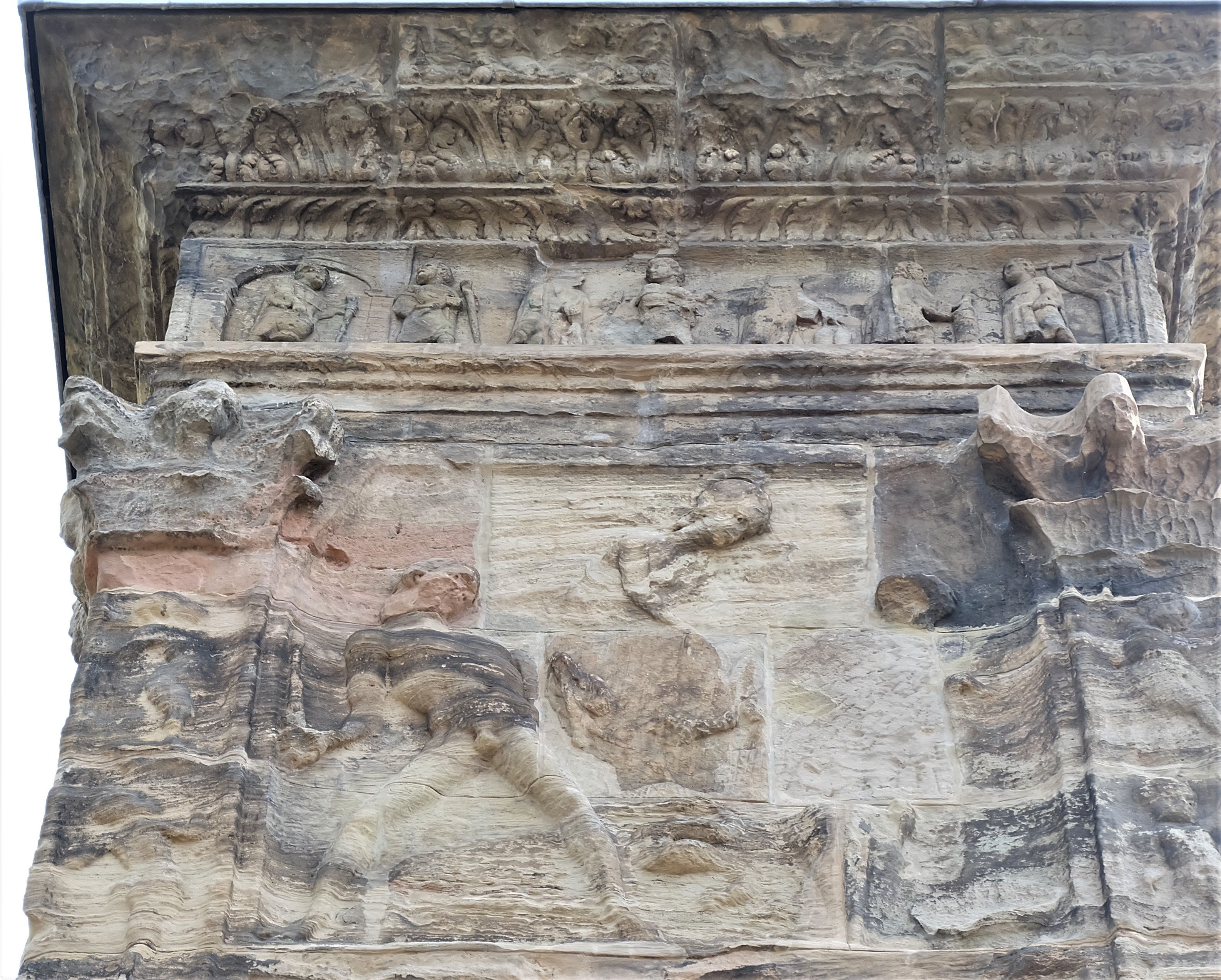 This is a Roman architectural wonder that is not seen elsewhere north of the Alps.

Dating back to 250AD, this square-based sandstone colmun is a burial monument of the cloth merchant family of the Secundinii. The column measures 23 metres high and consists of five storeys. The bas-reliefs feature a procession of six coloni, bringing various donations to the house of their master. The coloni are received before the entrance to the atrium. The donations consist of a hare, two fish, a kid, an eel, a rooster and a basket of fruit. The richness of the donations bears witness to the economic prosperity of the Trier countryside during the Roman era. The top storey features Jupiter and Ganymede.

What is really interesting is the eagle at the top of the column, thought to be the emblem of the Secundinii family. In Latin, eagle is ‘Aquila‘ and the town where the column is located today is ‘Igel‘ – local German cognate of the English word ‘Eagle‘ and pronounced exactly the same.

The column was declared a UNESCO heritage site in 1986. 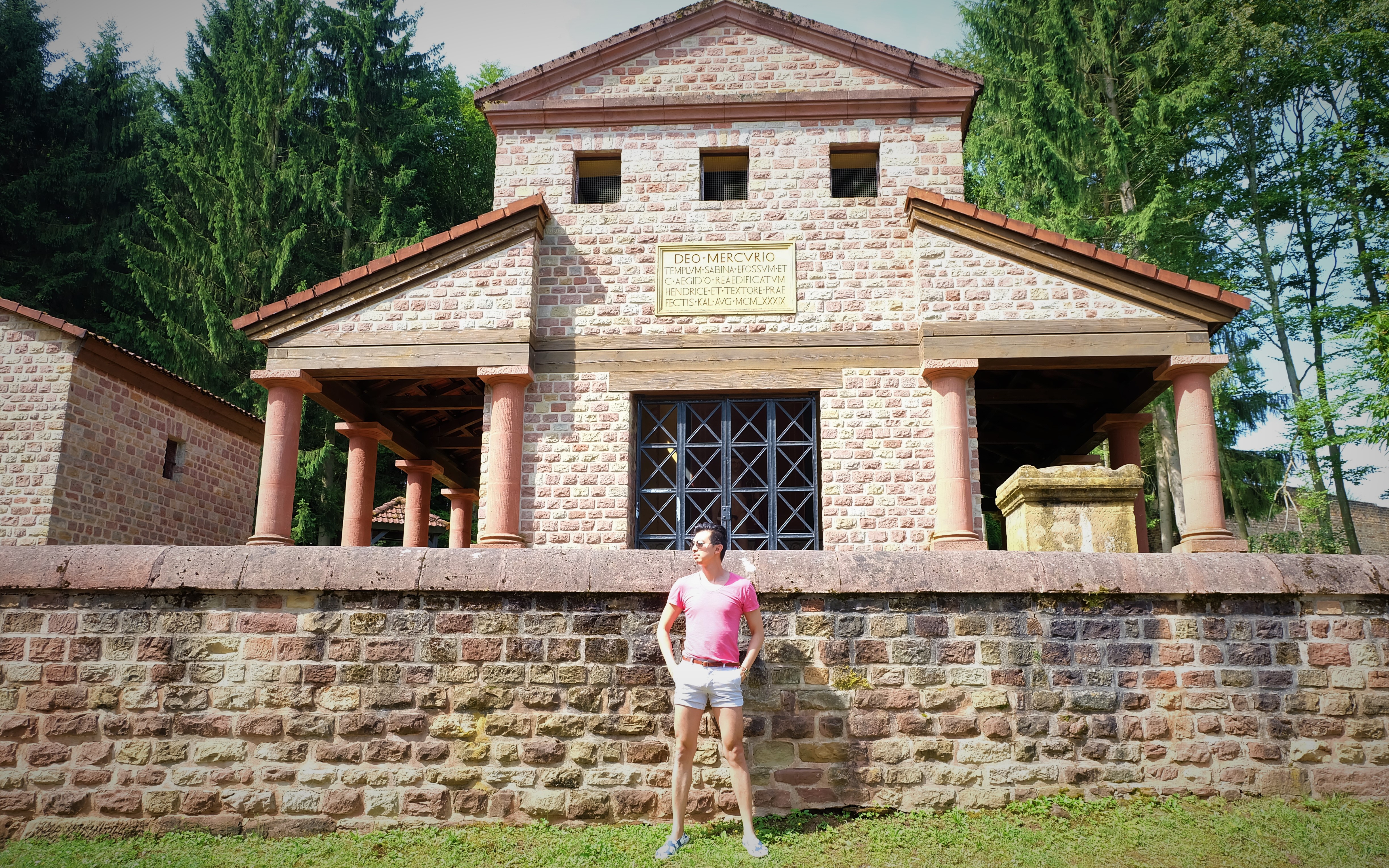 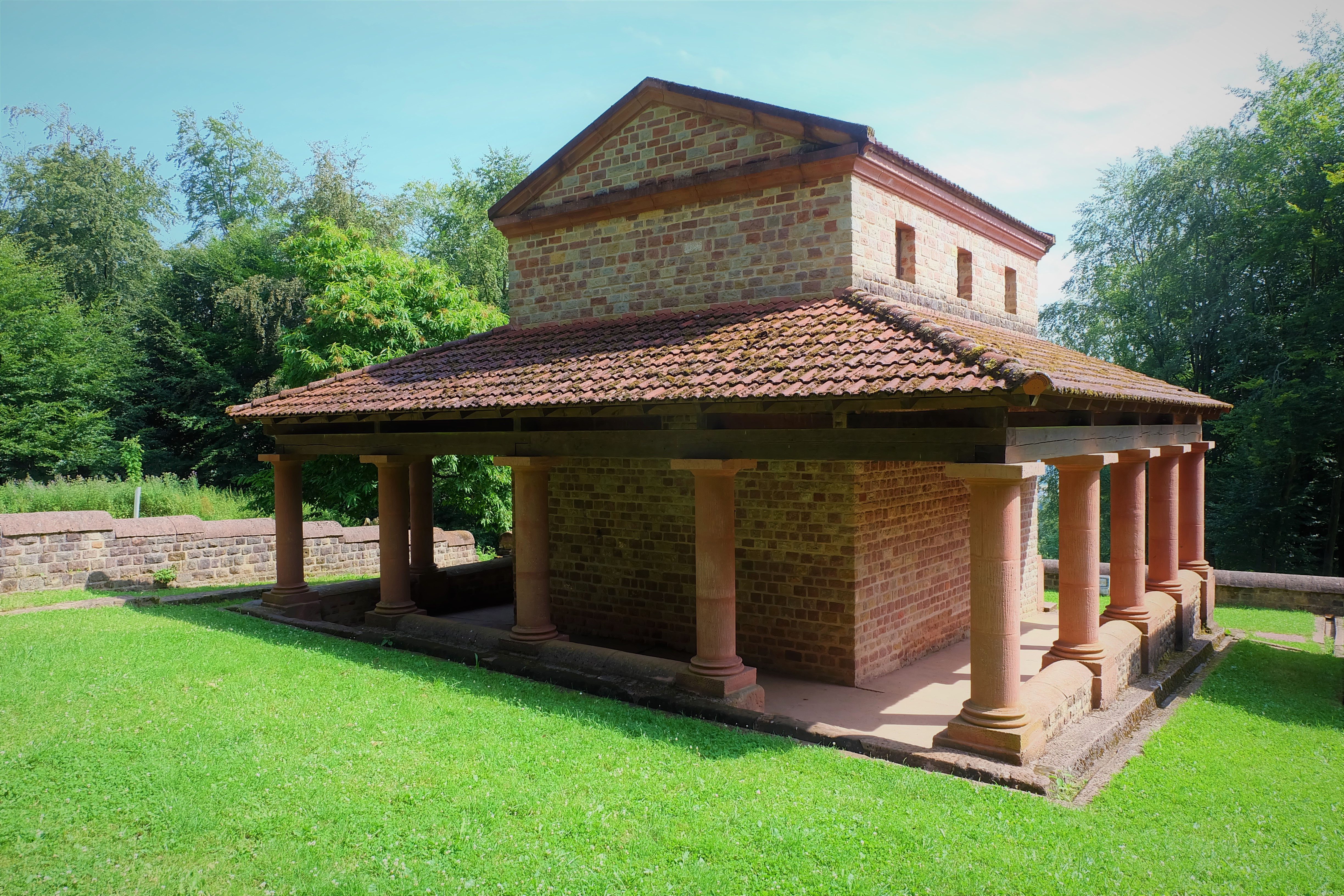 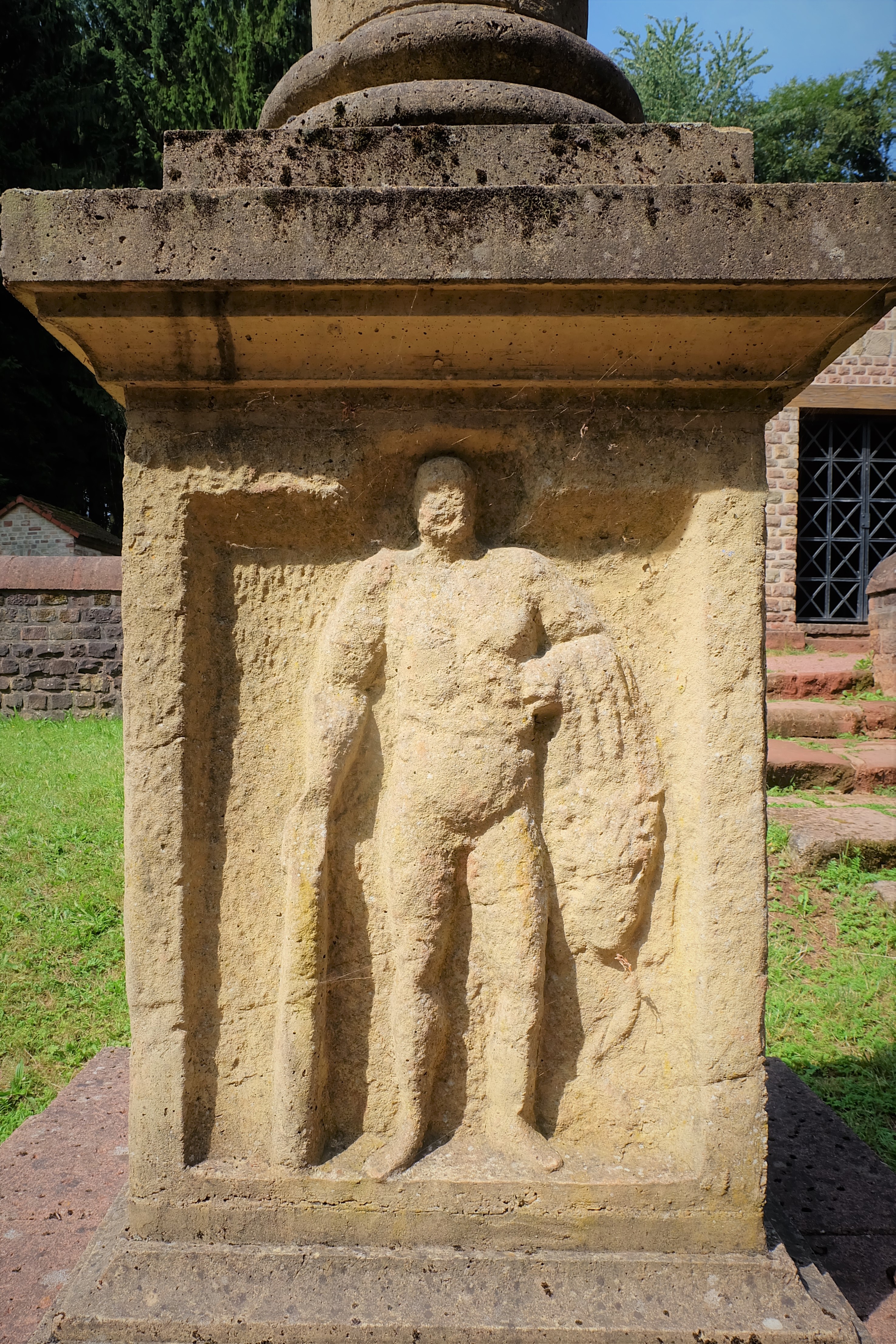 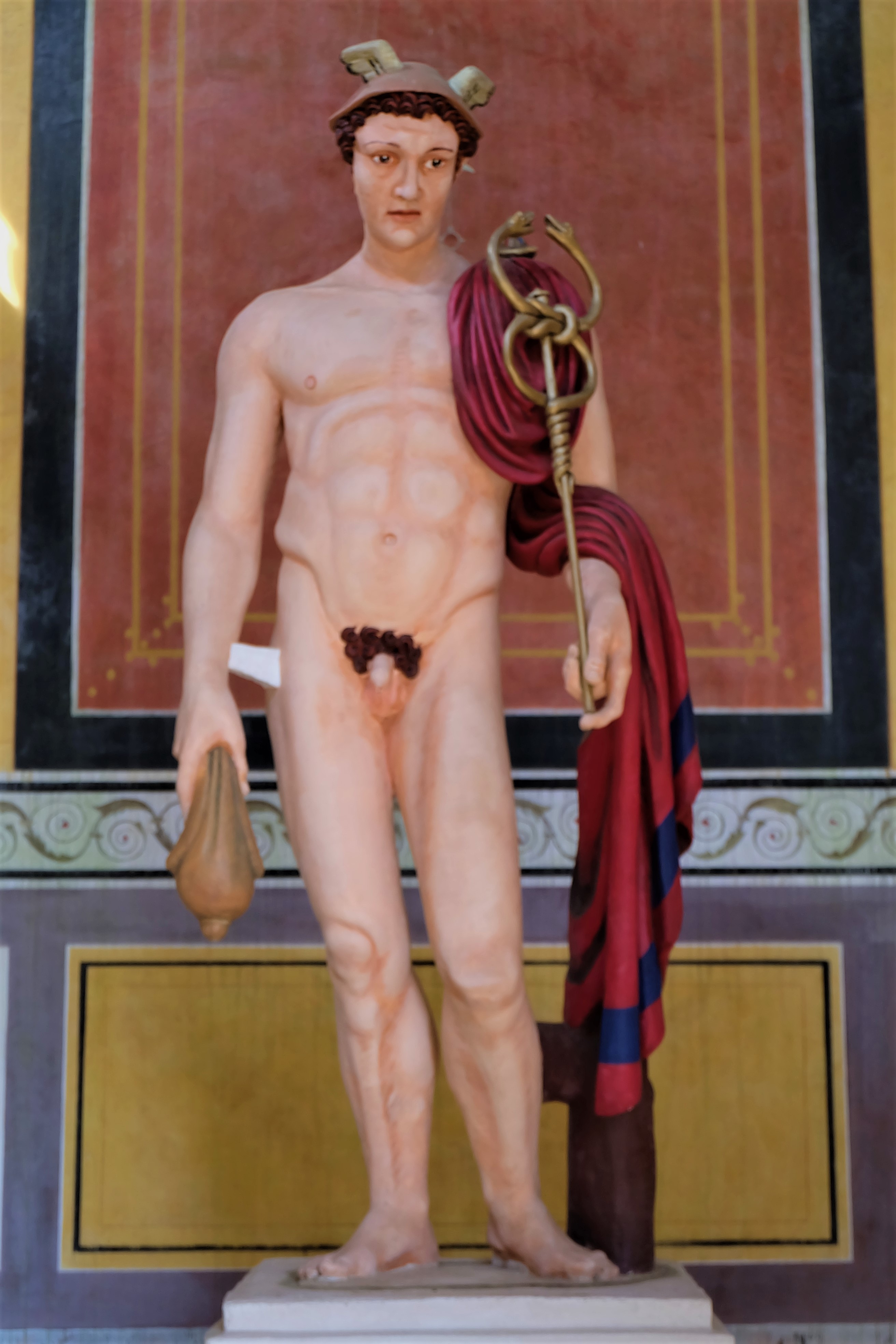 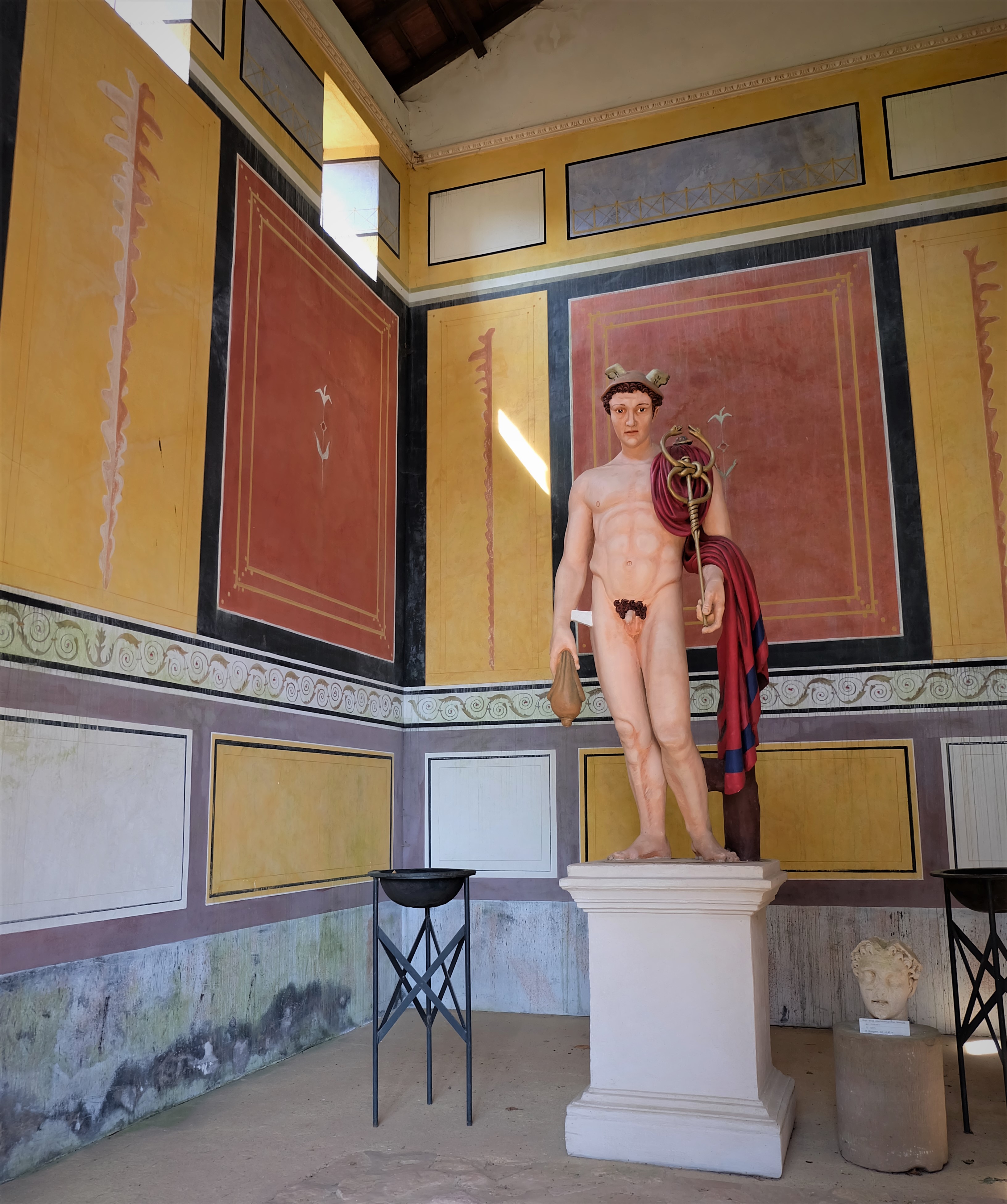 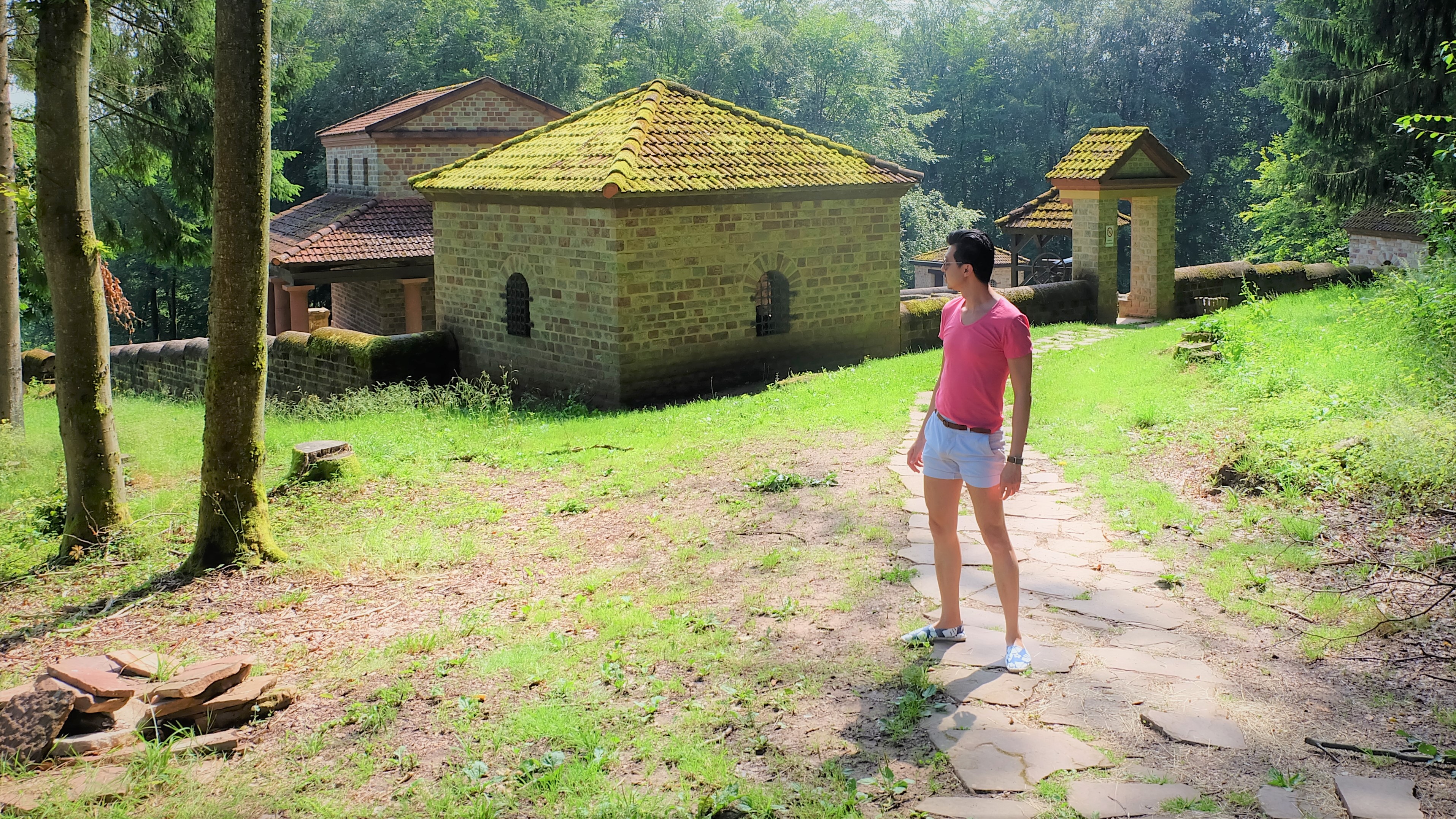 This is a full reconstruction of a real Roman temple, on the very site of the old one.

Located on top of the hill of Metzenberg, this 1st century AD temple was unearthed in 1986-87. What archaeologists found was a large Roman temple compound with several buildings. The temple was used right until late into the 4th century AD. But why build a huge temple that is very inaccessible on top of a hill?

There is an important Roman road that leads through the current town of Tawern below the Metzenberg to Trier, all the way from Rome. Judging from the sacrificial alter found in the temple, it is an ideal spot to to thank the gods for a successful journey or to invoke blessings while on the way to Rome. Above all, the uphill tracking needed to access the temple compound further proves one’s determination to please the gods.

Do not miss the lifesize replica of Mercury. As ugly or un-artistic you deem it to be, Roman gods used to be painted from head to toe, and yes, including his pubic hair and his penis. Archaeologists found a limestone head of Mercury in the 15m deep well in the north-west corner of the temple compound, which you can see beside the replica. Based on the inscriptions and figurative reliefs around, we can be sure that Mercury was the main god worshipped here, which mad even more sense as Mercury is the god of commerce, trade and travel.

Mercury is often depicted with his staff entwined with two serpents and a purse, which points to his association with wealth. Sacrifices were offered up to the gods in line with the principle “I give that you might give”, in order to secure health, good luck and prosperity. This involved animal sacrifices, as well as crop sacrifices or the burning of small statuettes. These were usually made on the altar in front of the temple of the relevant deity. The small rectangular buildings in the compound were used to lodge the sacrifices. In the rear of the compound is a large building used to lodge priests, servants and visitors.

To get to the Tawern Roman Temple Complex, first drive to the centre of Tawern. Follow the sign post to Hiking Trail G11 up the Metzenberg, park your car in the forest car park. Follow the footpath that will take you 20-30 minutes to the lower entrance gate of the temple.