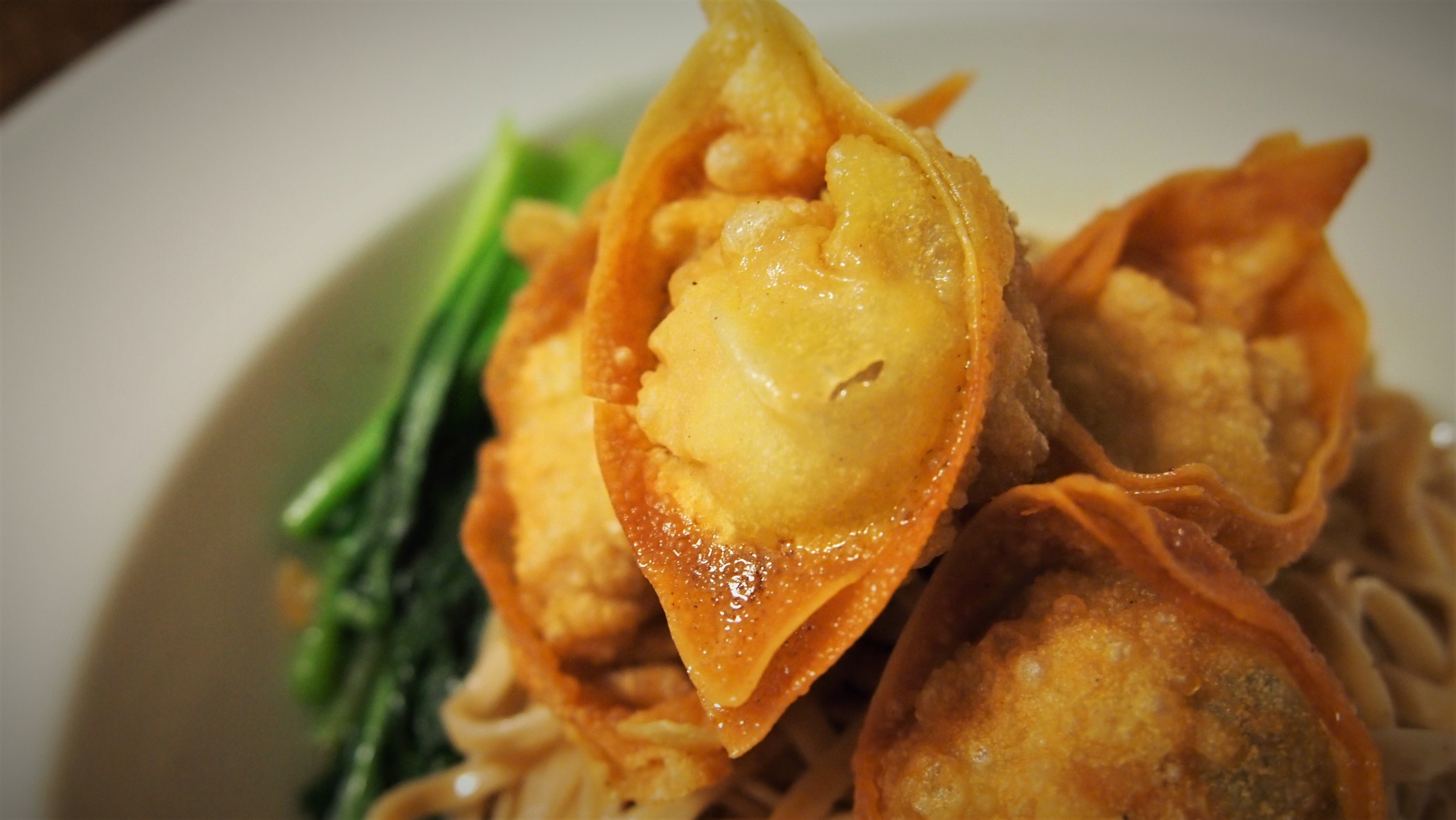 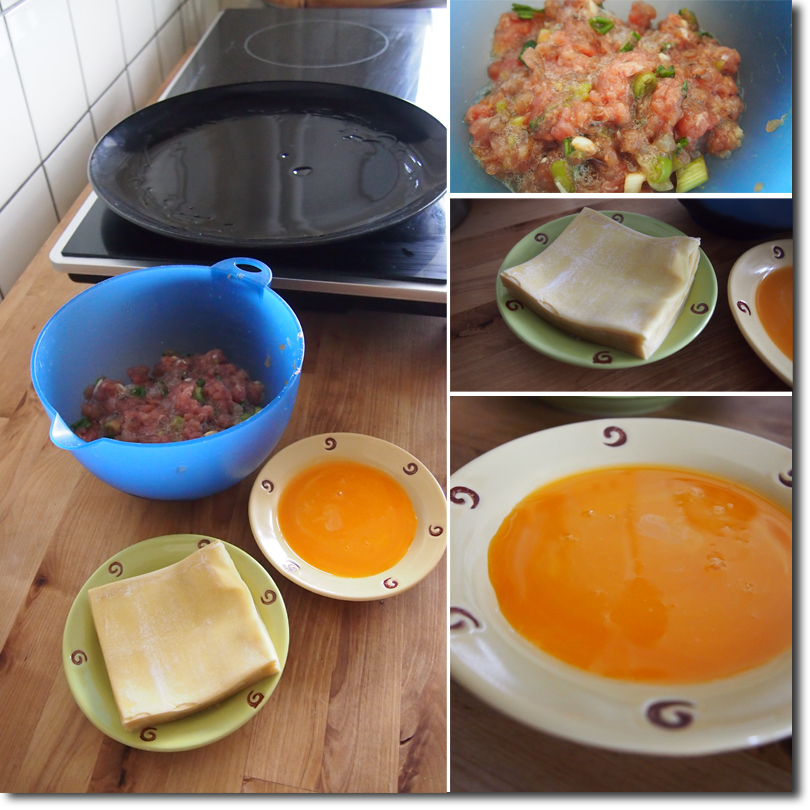 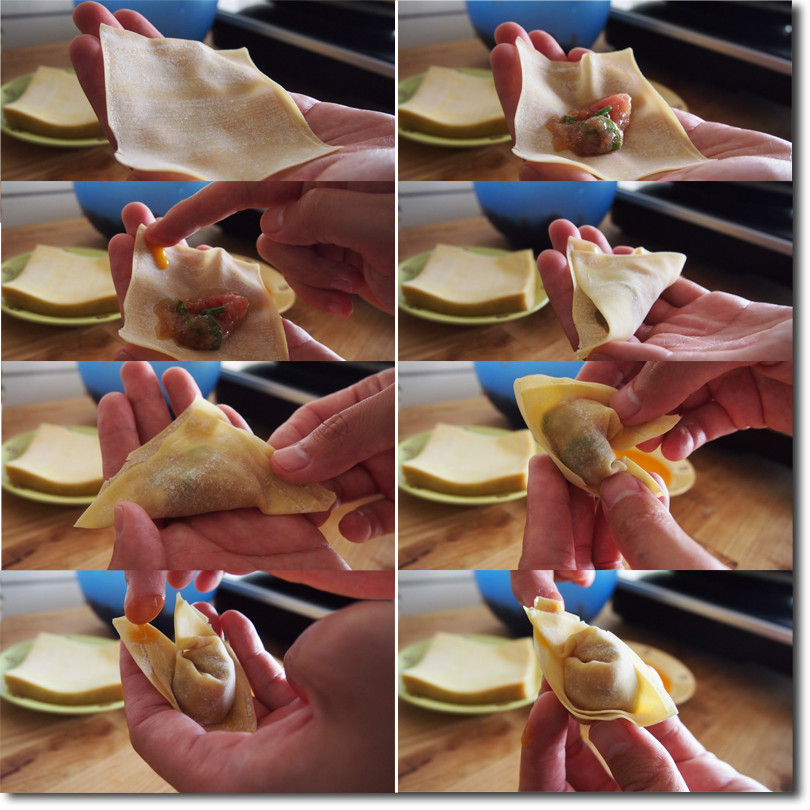 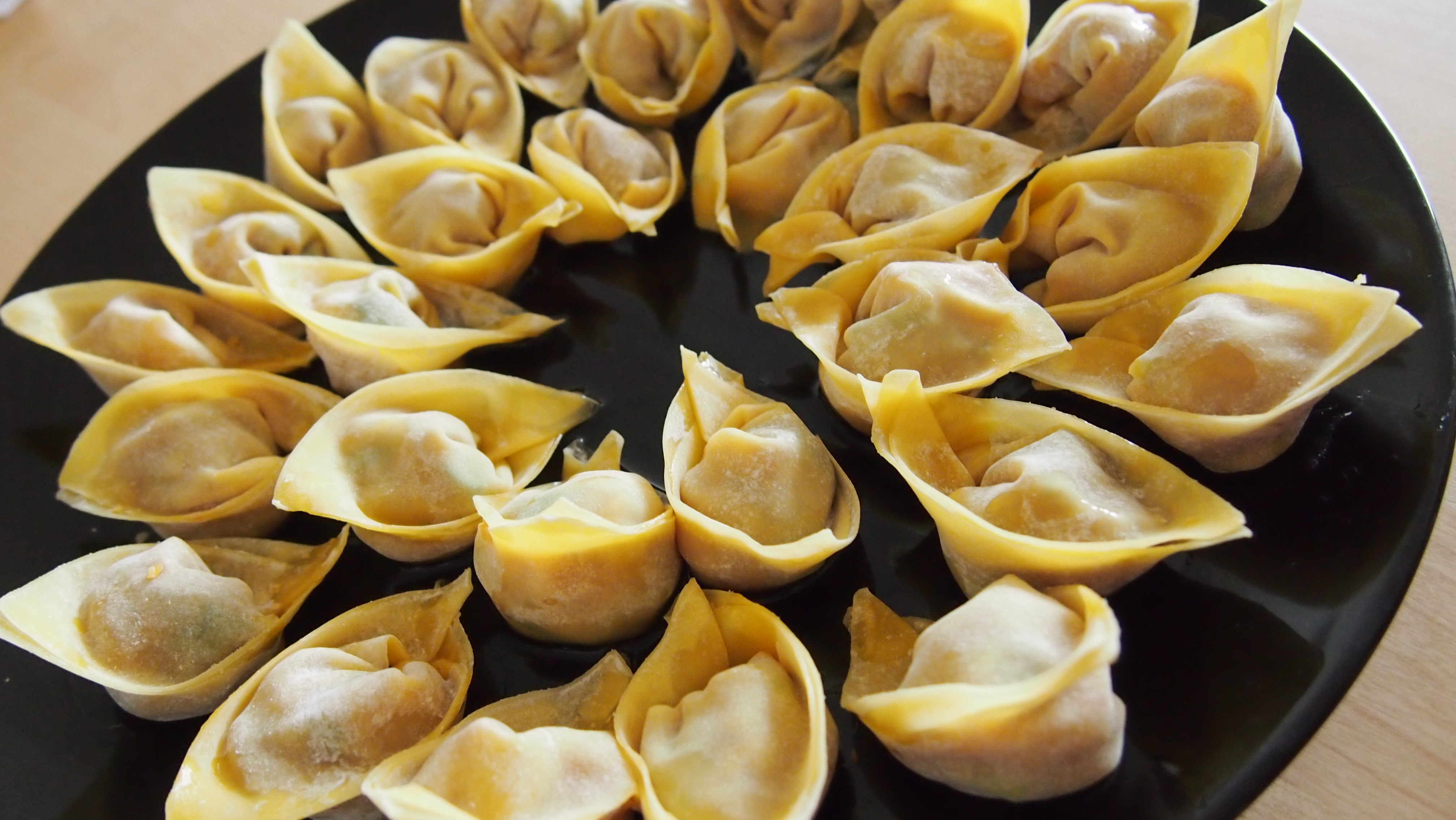 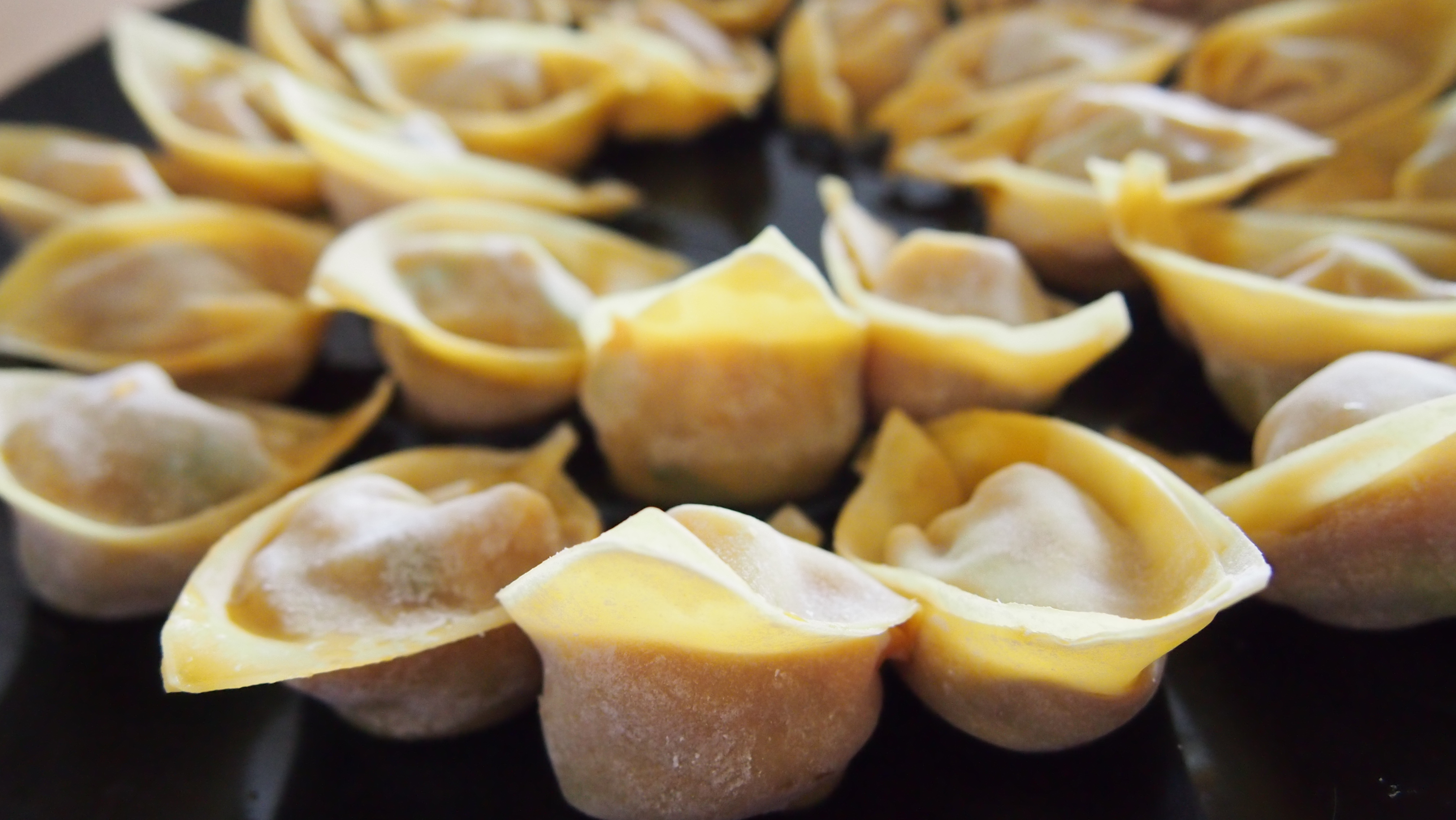 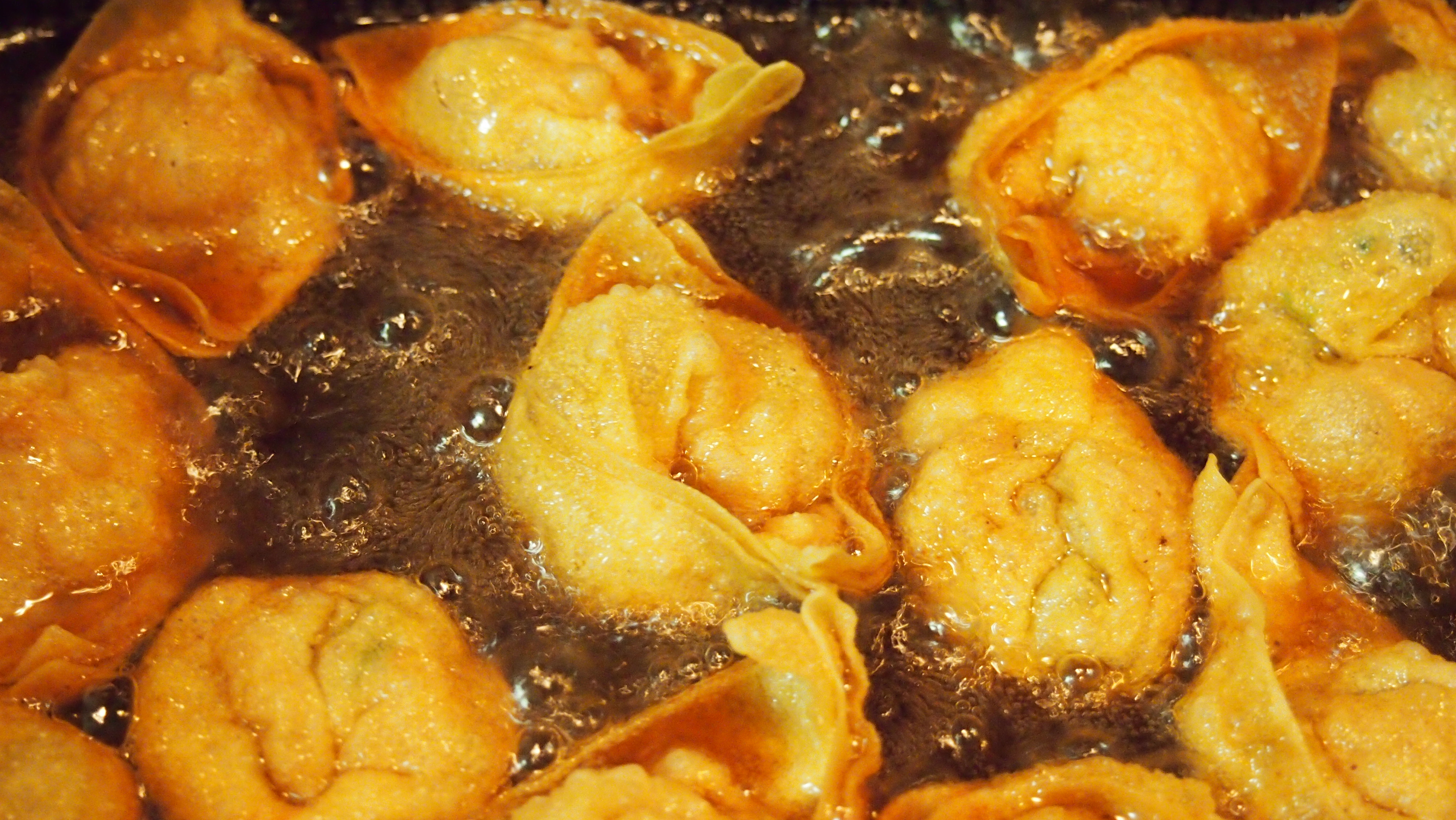 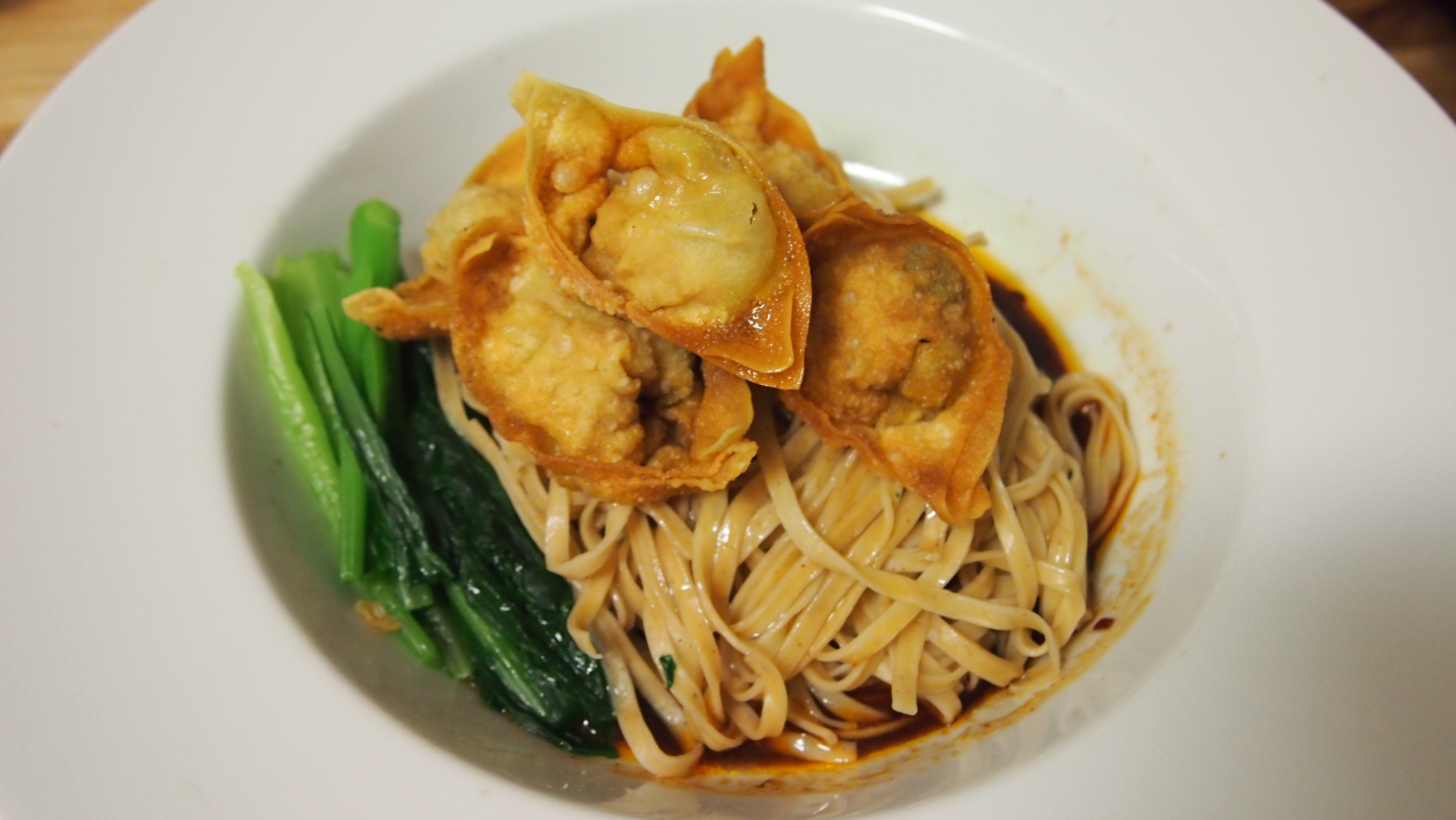 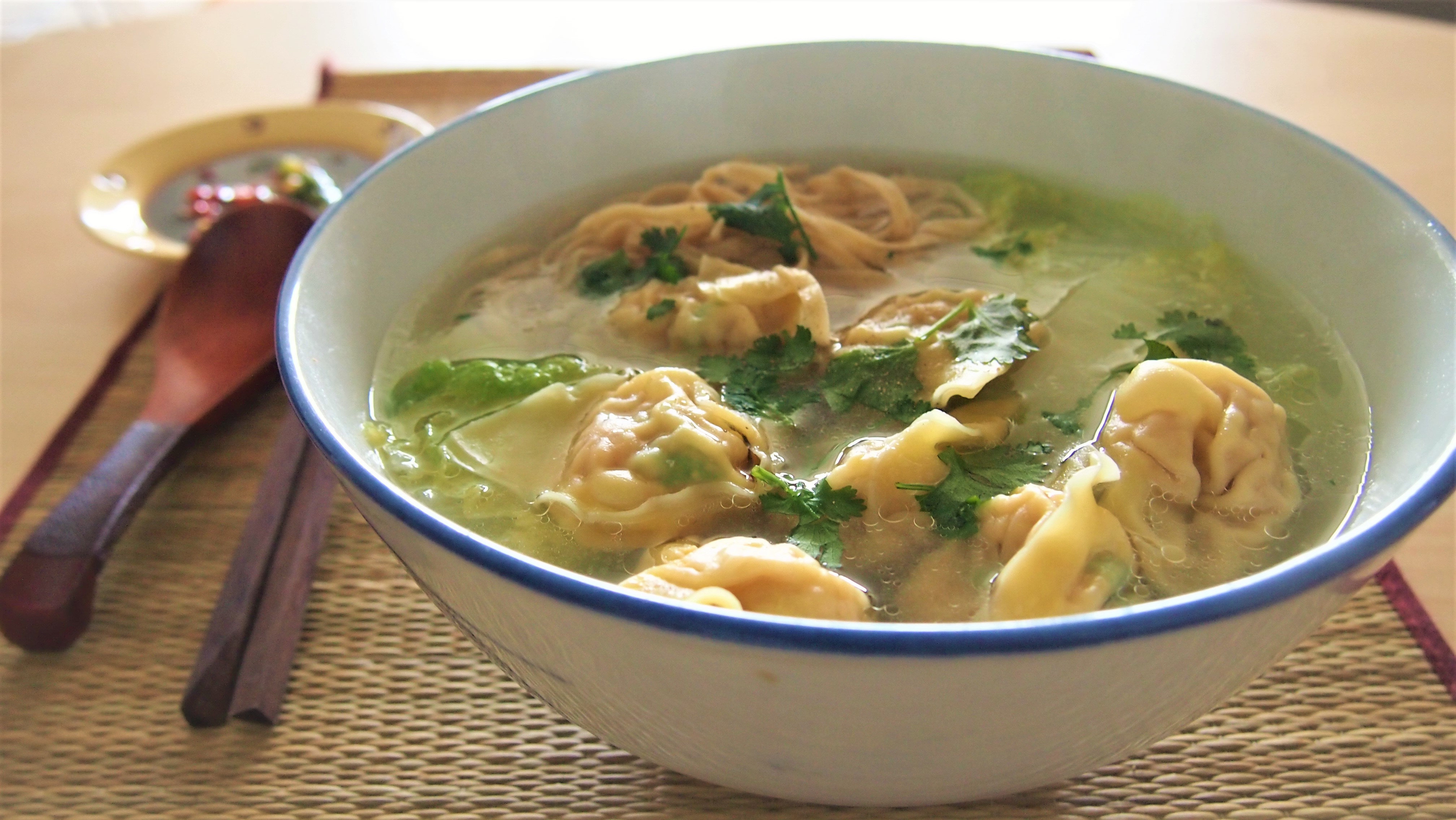 “Wonton” is a Cantonese dish. Legends has it that when Northern Chinese-speaking people invaded and colonized the Yue/Viet (Malay-speaking people) people in the southeast (in today’s Guangdong and Fujian provinces) in around 100BC, they missed eating dumplings. Hence, using local products, they invented wontons, which are a variation of the northern meat dumplings.

Pronounced as “waan-taan”, these dumplings’ most important ingredient is fresh large prawns. In Cantonese, the word is written as 雲吞, meaning swallowed clouds, probably referring to the puffed-up appearance of wontons in clear broth.

My golden wontons are really popular during Chinese New Year. I once made a hundred of these and served them when family and friends came to visit. Somehow people believe anything that looks like gold will bring them wealth in the new year. Plus, these are delicious!

You may go: But these look more like boats. That is because Chinese silver and gold nuggets used to look like that. Since the Tang dynasty (8th century AD), nuggets of such form were in currency until the end of the Qing Dynasty in the 20th century.

I have done a step-by-step instruction with pictures, so that you can follow it to the dot.

The quantity which I have indicated should form more or less 30 wontons.

What can you do with them?

You can either deep-fry them in oil and eat them with mayonnaise or ketchup, or cook them briefly in boiling water before adding them to clear chicken broth with noodles. If you cannot finish them, you can carefully wrap them up in cellophane wrap and freeze them for later use.

If you like my wonton recipe, you may like my other Cantonese dishes: Cantonese rice congee 广东粥, Shrimp-flavoured noodles in fish broth 鱼片上汤虾子面