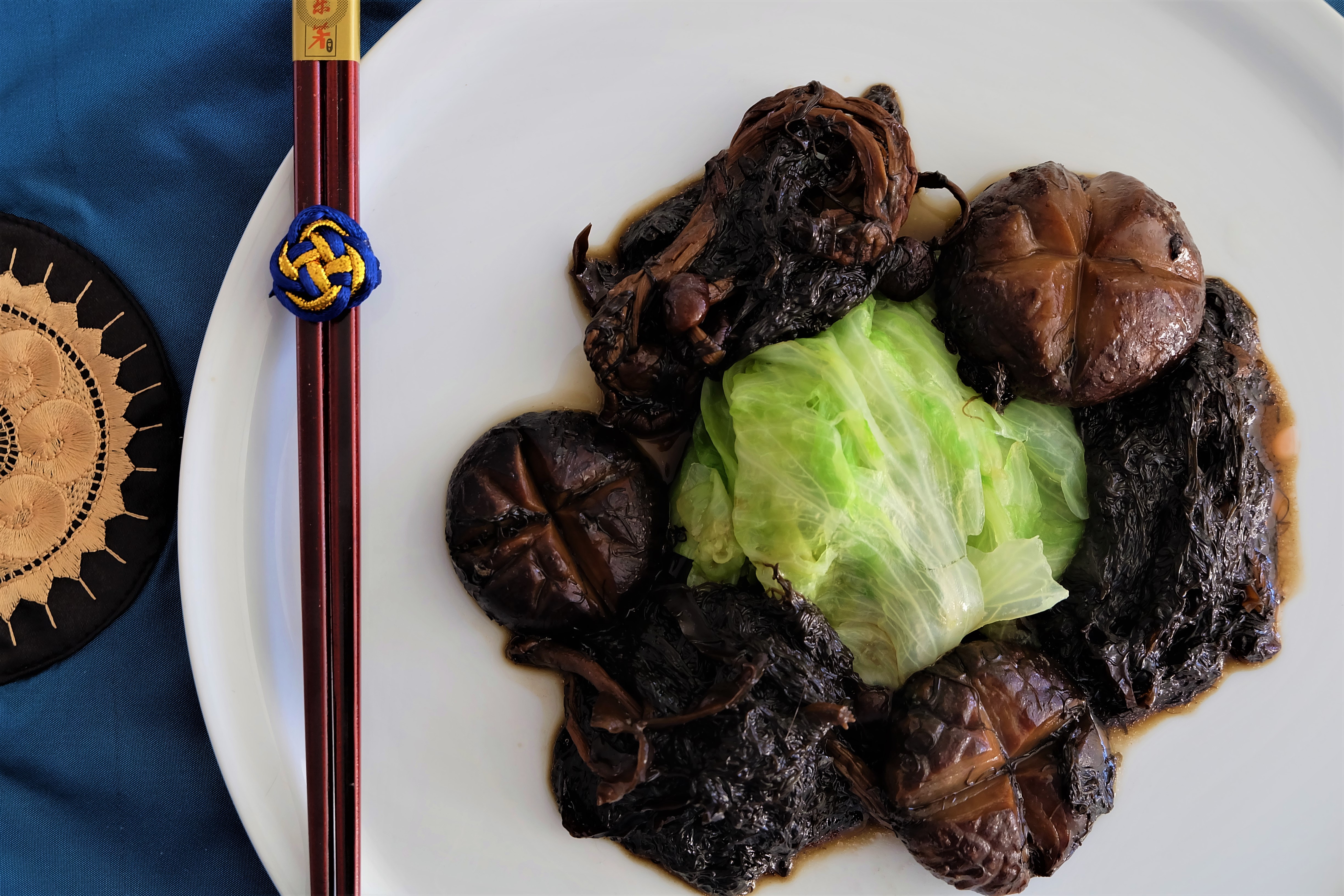 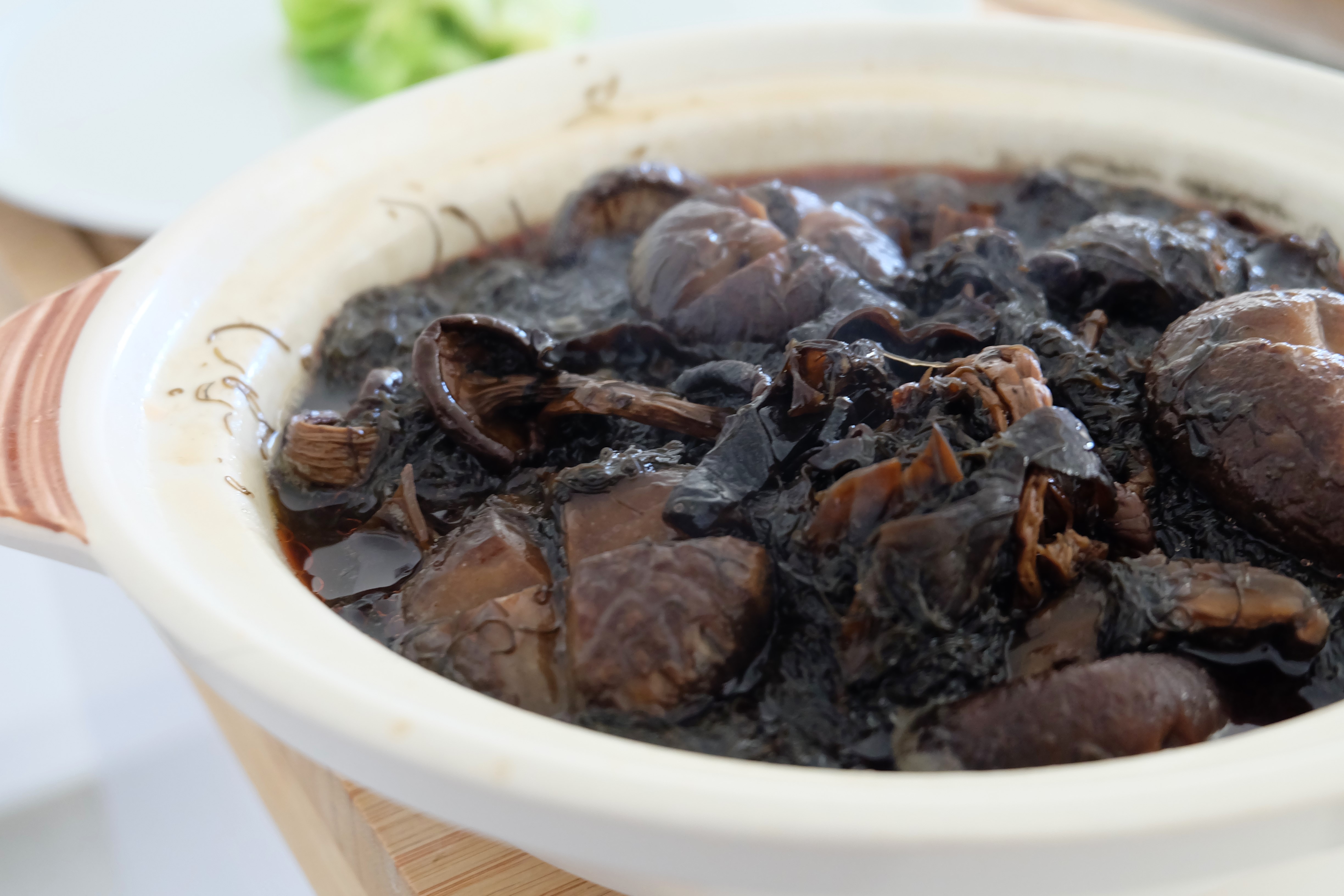 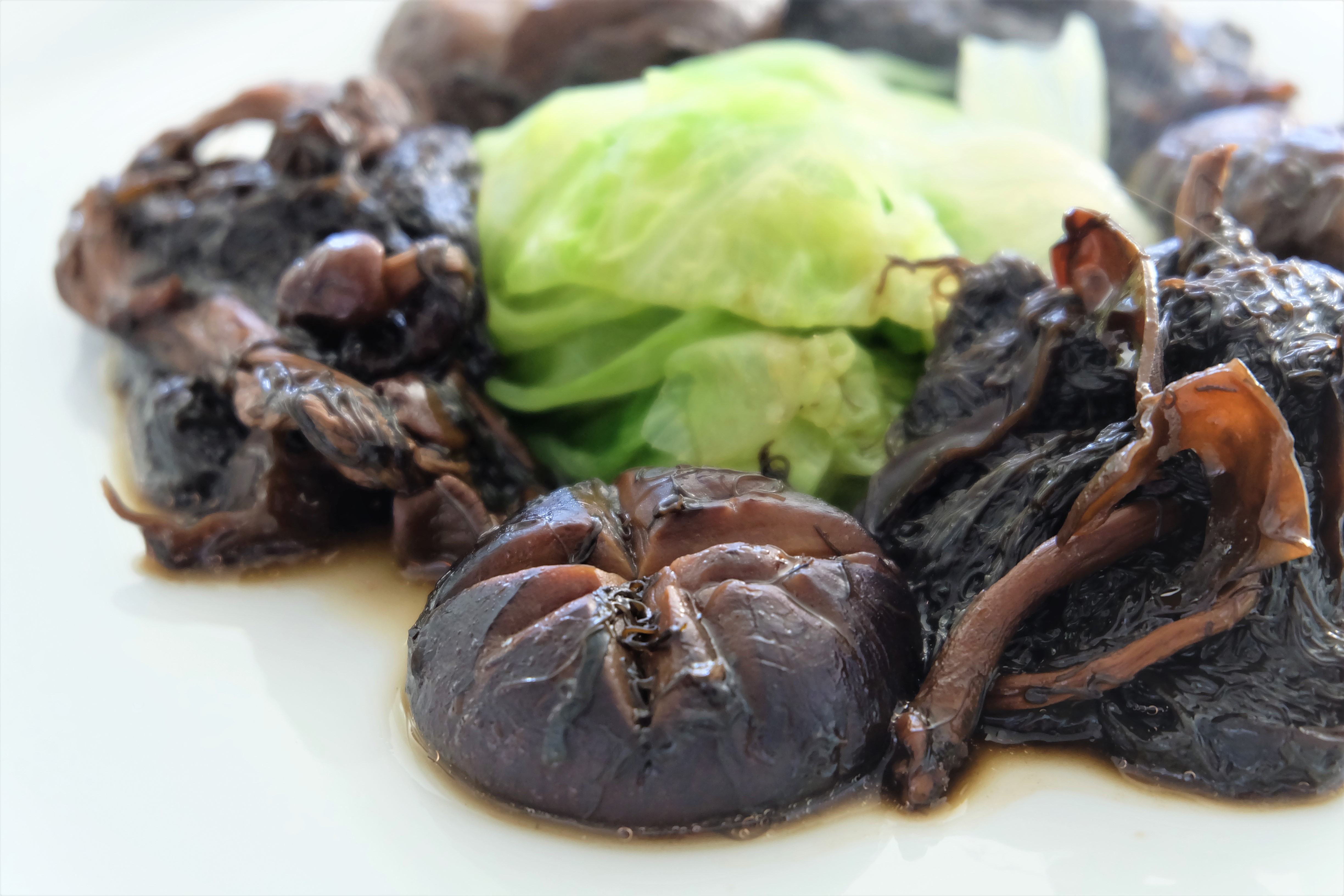 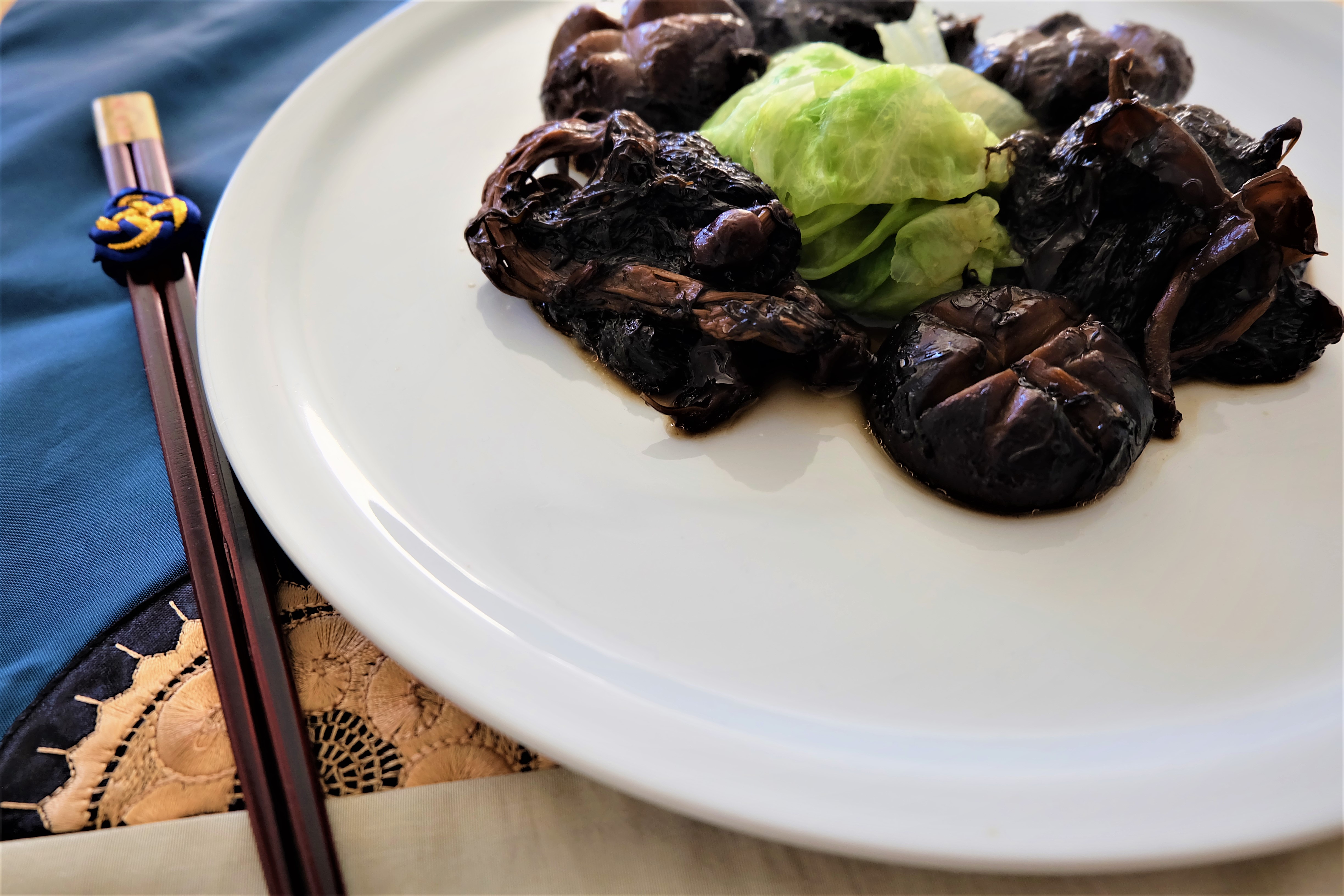 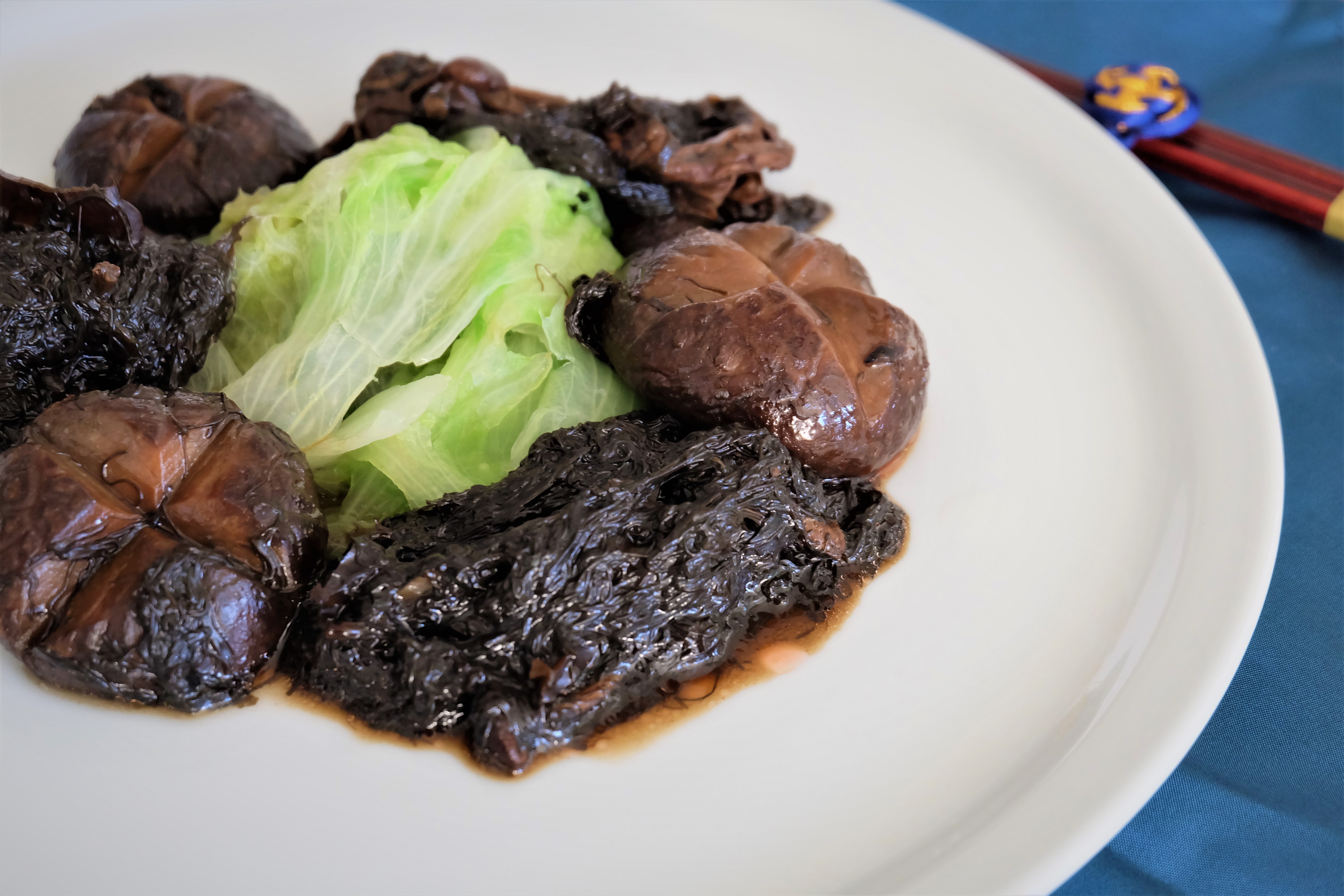 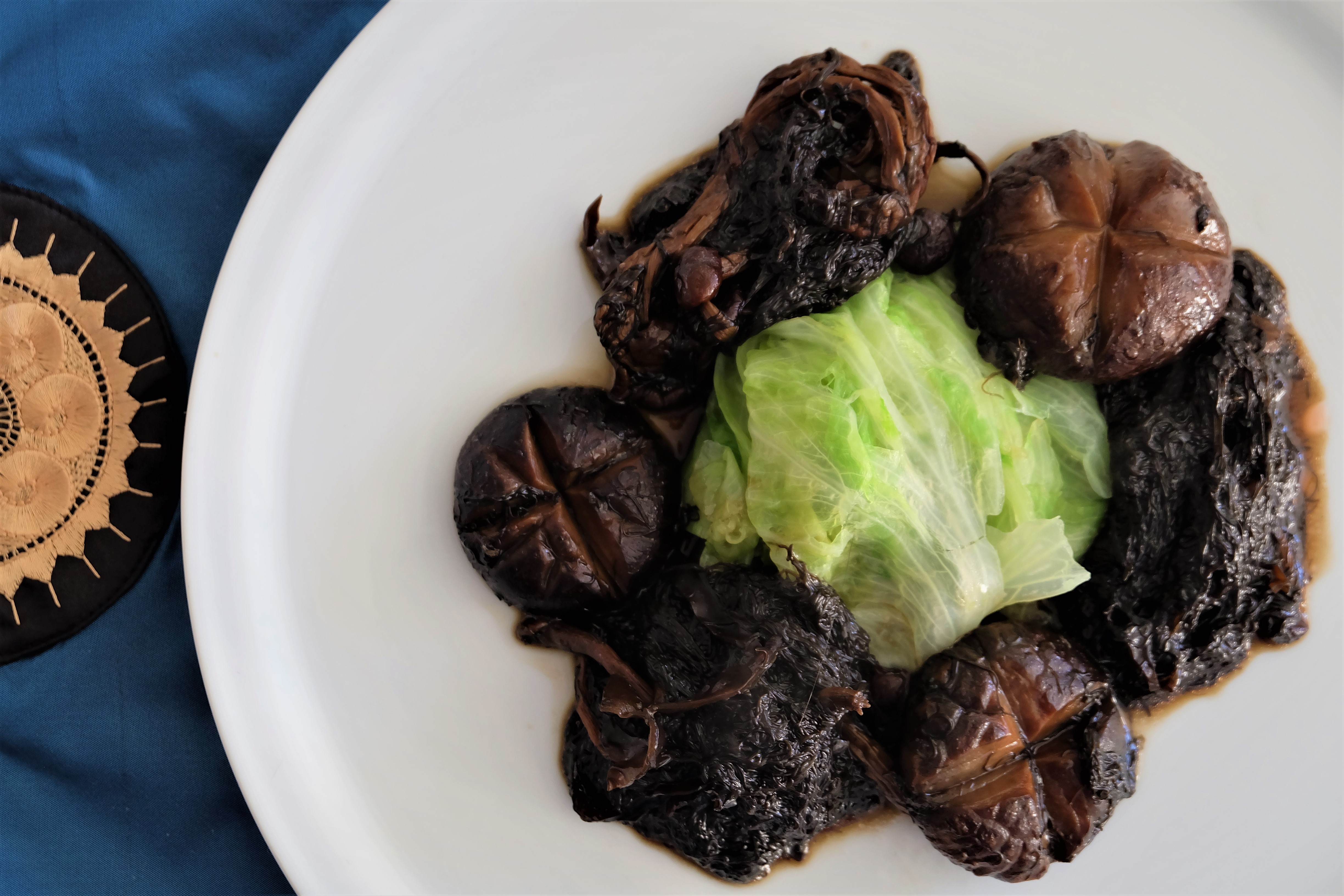 I finally found a pack of facai – the “human hair vegetable” – which prompted me to make this dish that is normally reserved for Chinese New Year. It is the first time that I made this ‘the proper way’ because in my family, we often leave the lettuce out. This is the real Cantonese recipe which has as many puns on the words as the complex taste the ingredients produce.

What is the significance of the name “Haoshi Facai”?

In Cantonese, the name is pronounced as “ho si fat choi”.

As mentioned before, “facai” 髮菜 is a sort of slow-growing moss found in deserts. The name can be literally translated as ‘hair vegetable’. The sound however, resembles ‘get rich’ 發財, which accounts for its over-exploitation in recent years when many Chinese want to eat it during the Chinese New Year. Also, in the past, it used to be a rarity eaten only by the rich. Eating facai is also a sign of affluence.

The word “haoshi” 蠔豉 isn’t really used in Mandarin Chinese. In Cantonese Chinese, it refers to dried oysters. This is because the province of Canton (Guangdong) is a sub-tropical region by the South China Sea, rich in seafood culture. Fresh seafood are much appreciated, often steamed with very little condiments to capture the pure taste of nature. Dried seafood, such as dried oysters, dried shrimps, dried anchovies and dried scallops, are used to enhance the umami taste of stews, meat dishes and stir-fried vegetables. In Cantonese, it sounds similar to ‘good events’ 好事 or ‘good market performance’ 好市.

Together, these two main ingredients form the main taste and texture of the dish, and also its meaning when eaten during the Chinese New Year – for good things to come and for great wealth and prosperity.

On top of that, the name of lettuce – “shengcai” 生菜 – also sounds like ‘to grow wealth’ 生財.

*Note: I did not have dried oysters, so I have replaced it with dried giant scallops (which disappeared into the sauce after simmering… You can use frozen fresh oysters as well. You can also add other types of dried mushrooms which I did, like velvet pioppini.

Serving: 4 persons as a sidedish