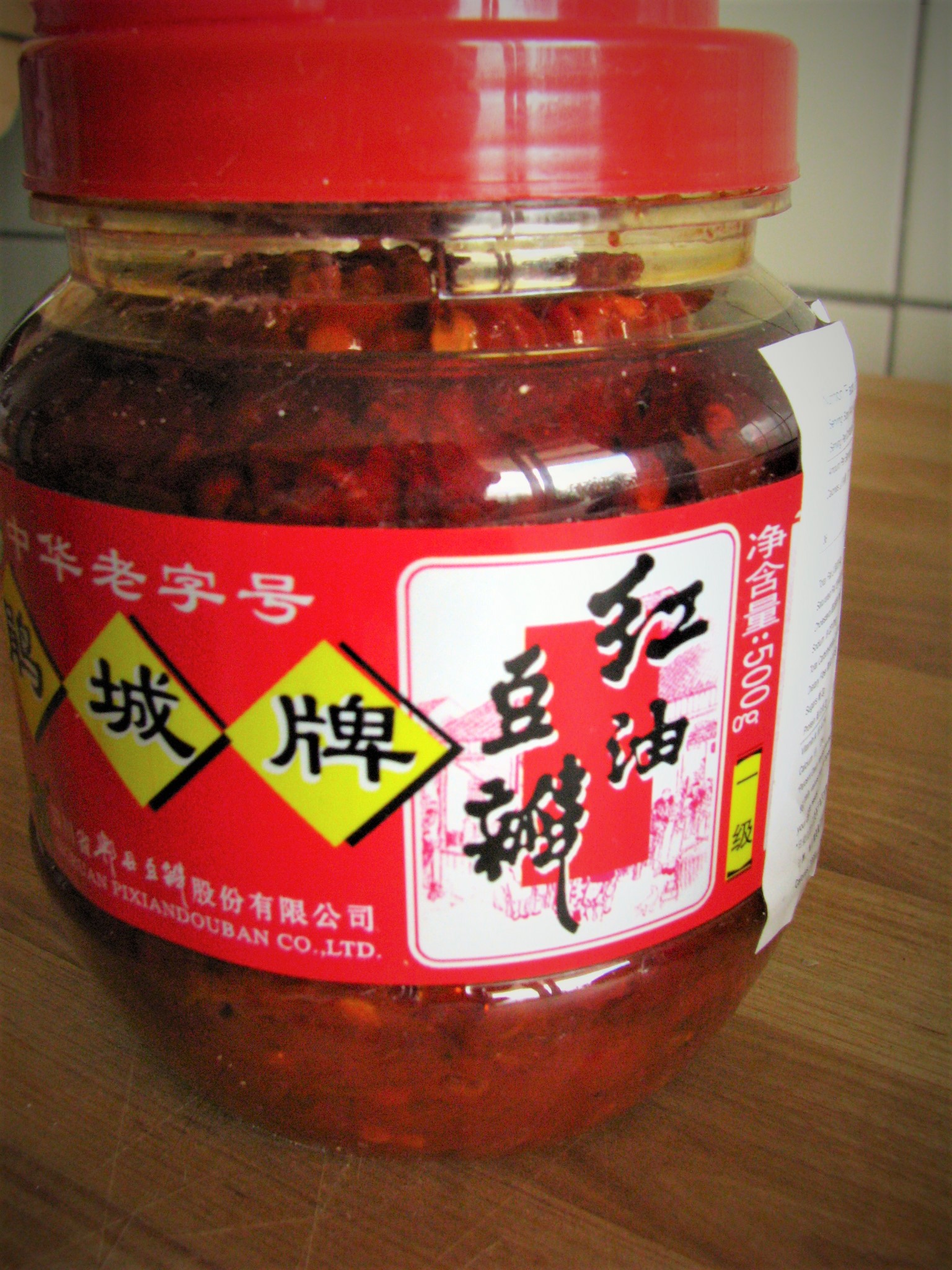 Fermented soybean paste is an important ingredient in East Asian cooking. It is made from the remains of soybeans used in making soy sauce.

It is used in stir-fries in Chinese cuisine, to make miso soup in Japanese cuisine as well as to marinate meat in Korean cuisine. A spicy variety exists in the southwestern province of Sichuan in China, named after a town called Pixian. Pixian soybean paste is used extensively in Sichuan cuisine, but virtually non-existant in other Chinese cuisines. Examples of its use in Sichuanese cuisine is this dish called Shui Zhu Yu, or ‘fish in spicy chili oil’.