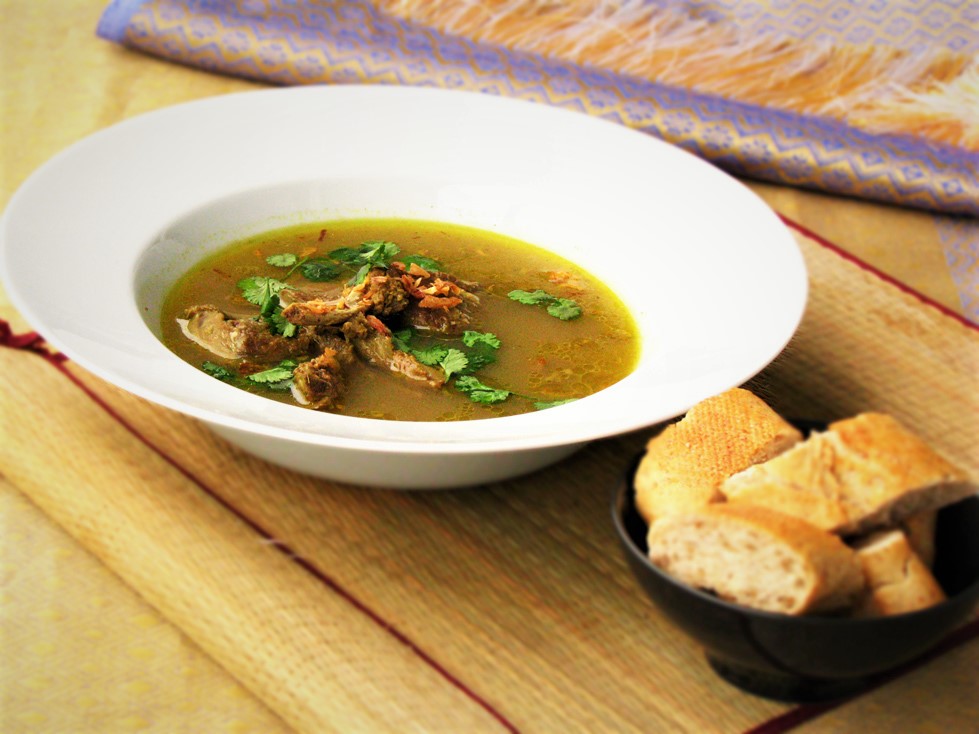 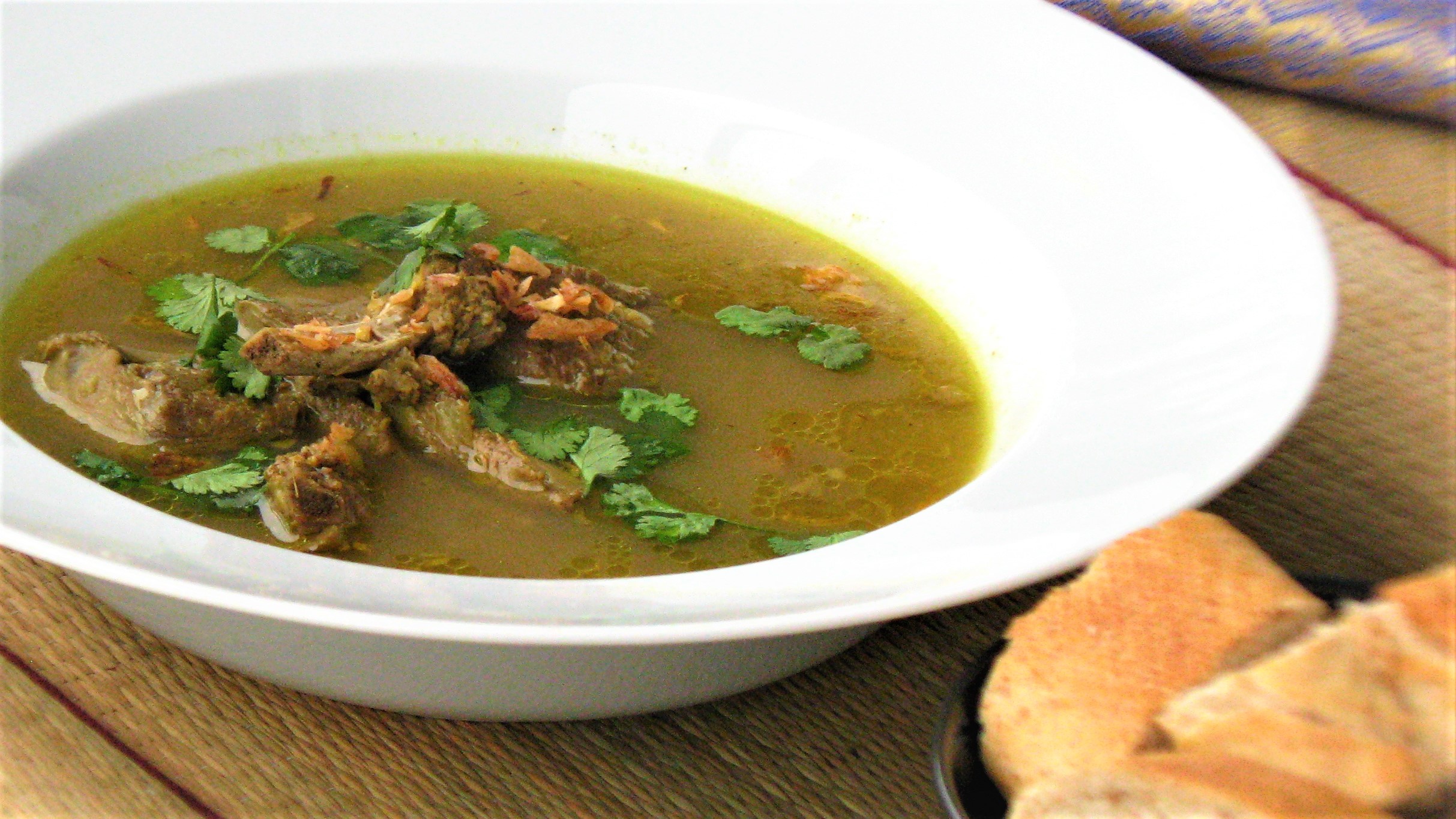 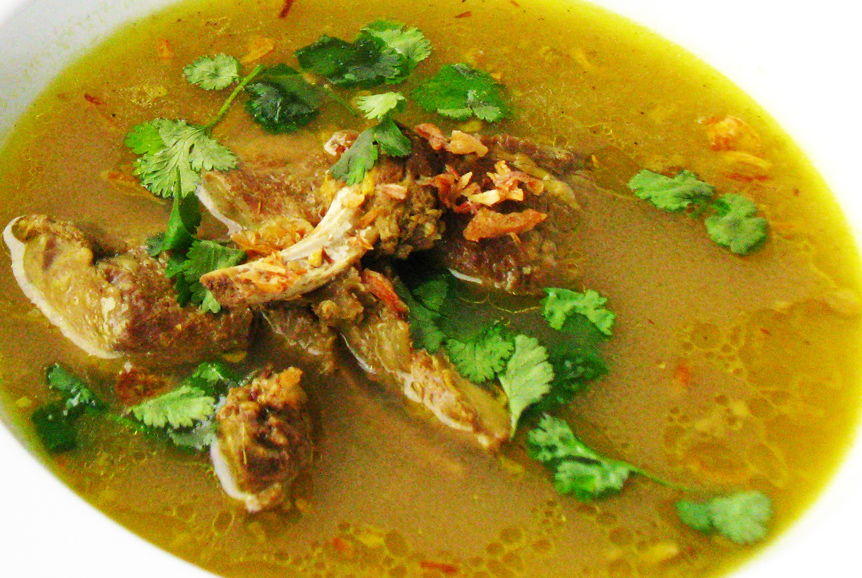 Contrary to popular beliefs, Sup Kambing is actually a Singaporean dish. Invented by the Muslim Indian community there, this soup has no equivalent in the Indian sub-continent, although all the spices used and the style of cooking originate from the Tamil Nadu region. Even to this day, this dish is only sold by Muslim Indians, not other races nor religions.

Sup Kambing is a Malay name which means ‘mutton soup’. Mutton however does not refer to lamb meat, but to goat meat. I have used lamb because goat is not widely available here in Europe. Lamb has a milder smell compared to goat, so it is wise to use lamb if you are cooking for people who are not used to goat meat.

This version of sup kambing is popular in Singapore and Malaysia. The version in Indonesia is of Arab origin. It contains vegetables like tomatoes and carrots, and is a significant departure from this Muslim Indian version.