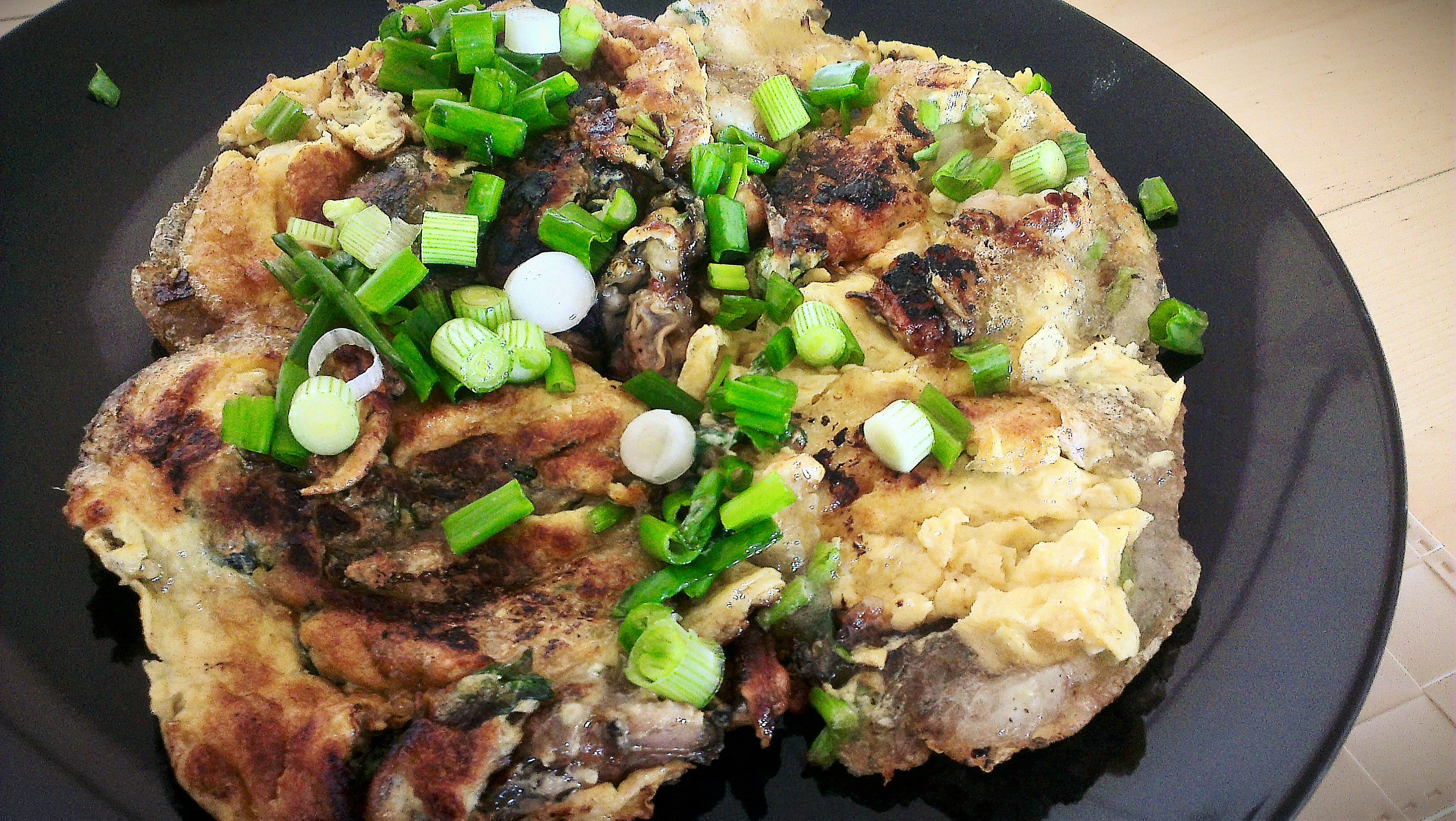 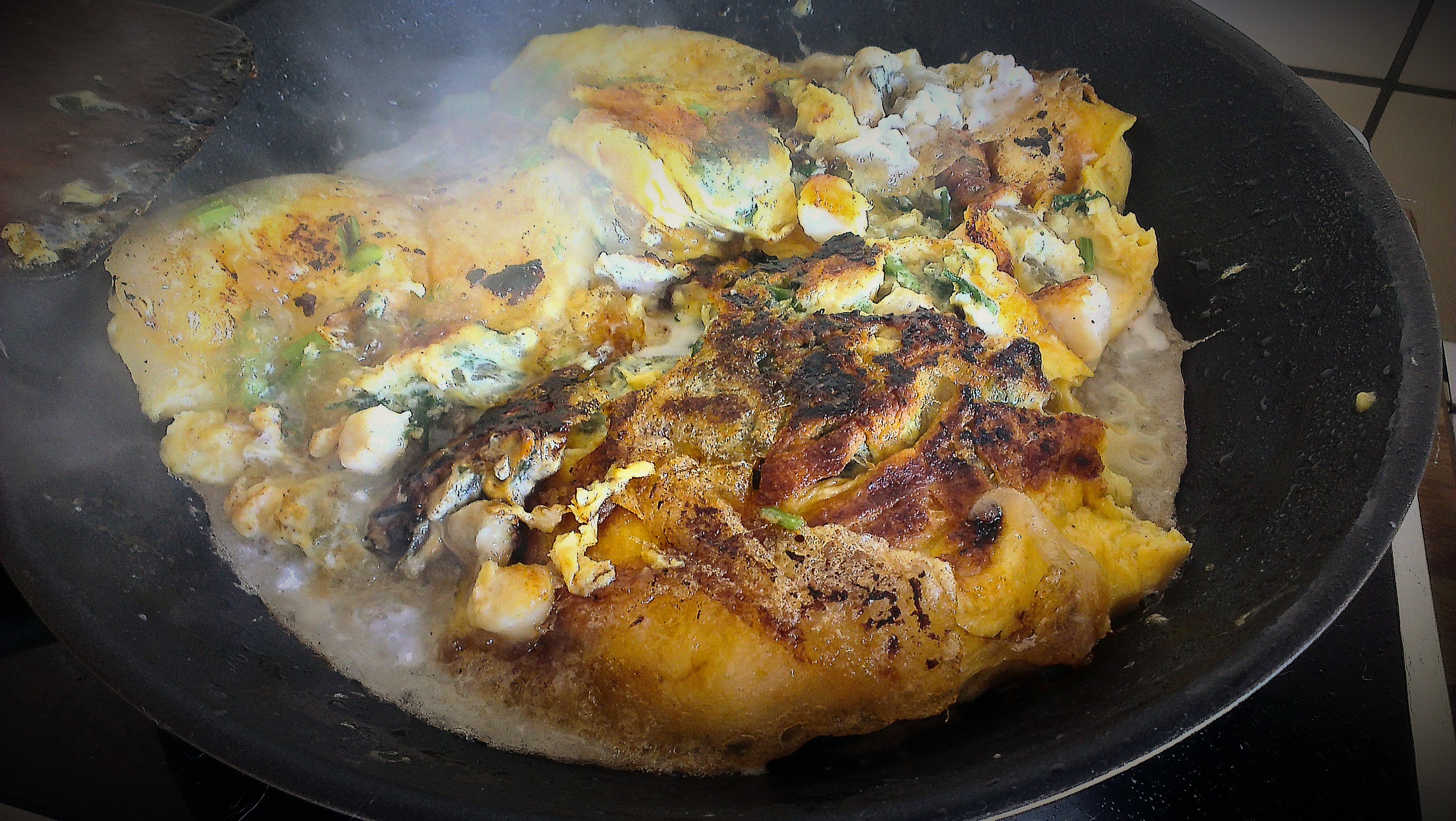 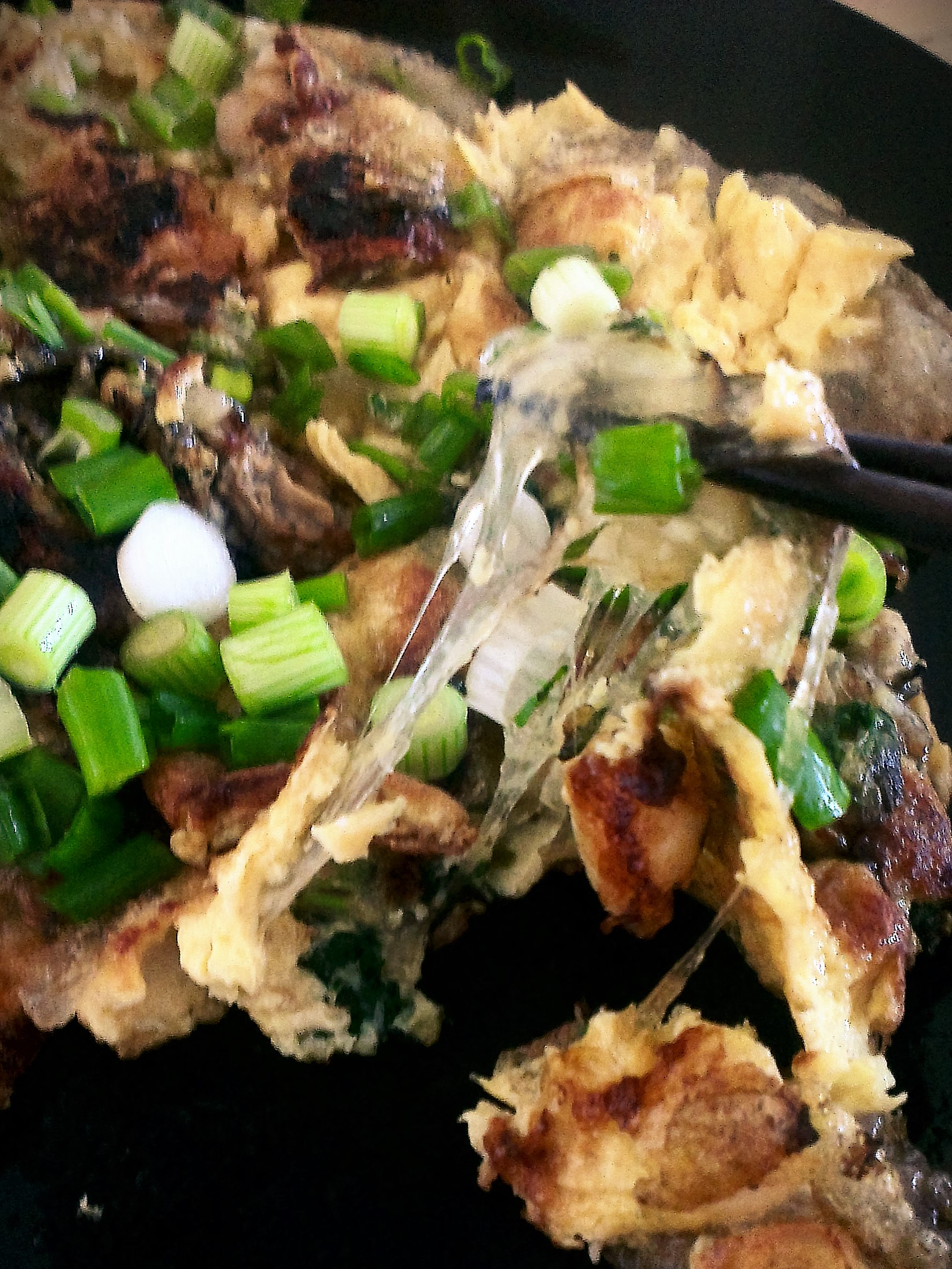 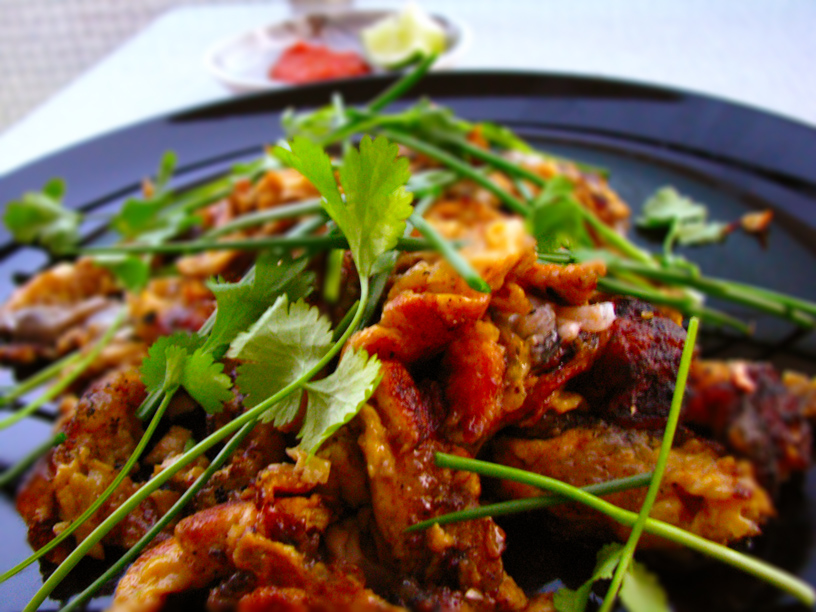 If you ever ask me what the signature dish of the Hokkien people is, I would answer this is it: the oyster omelette. All over the Min-language speaking regions (from the whole of Fujian province in China, the whole of Taiwan and the renegate Min-speaking Teochew community in Canton, to the Hokkien diaspora in Malaysia, Singapore, Indonesia and the Philippines), this dish continues to be eaten no matter where the Min people land up.

Shellfish is a staple of the Min people because these thrive all along the shallow rocky coastline of the Fujian province by the South China sea. Locals have a particular penchant for oysters, long before the French grew crazy about them. And they use them in another typical Hokkien dish, the Rice Vermicelli Soup with Oysters, that is now the national dish of Taiwan.

The recipe below is very much a Singaporean variation. The original recipe is not as complex, and is still made the same way in China and Taiwan. It is not so much the ingredients that are different but the way of preparing it is different, which I will explain later.

Note: The use of oyster juice in the batter makes of course a world of difference in the taste! The Singaporean version attempts to combine crispiness with goo, hence this complex procedure, while the traditional version is quite simply crispy.

Variation: The traditional version is really much simpler: First fry an omelette with your oysters. Add in some finely-chopped vegetables like Chinese cabbage, beansprouts etc. Then pour your batter all over it to encase the omelette. Once the batter is hardened, turn it over to cook the other side.

Update (2013): Just did a Taiwanese version of Hokkien Oyster Omelette. The difference being it is not cut up in a mess in Taiwan and China, unlike in Singapore. And in the Taiwanese version, they add chrysanthemum garlands for extra bulk and fragrance.