Autumn is coming. What should we eat? 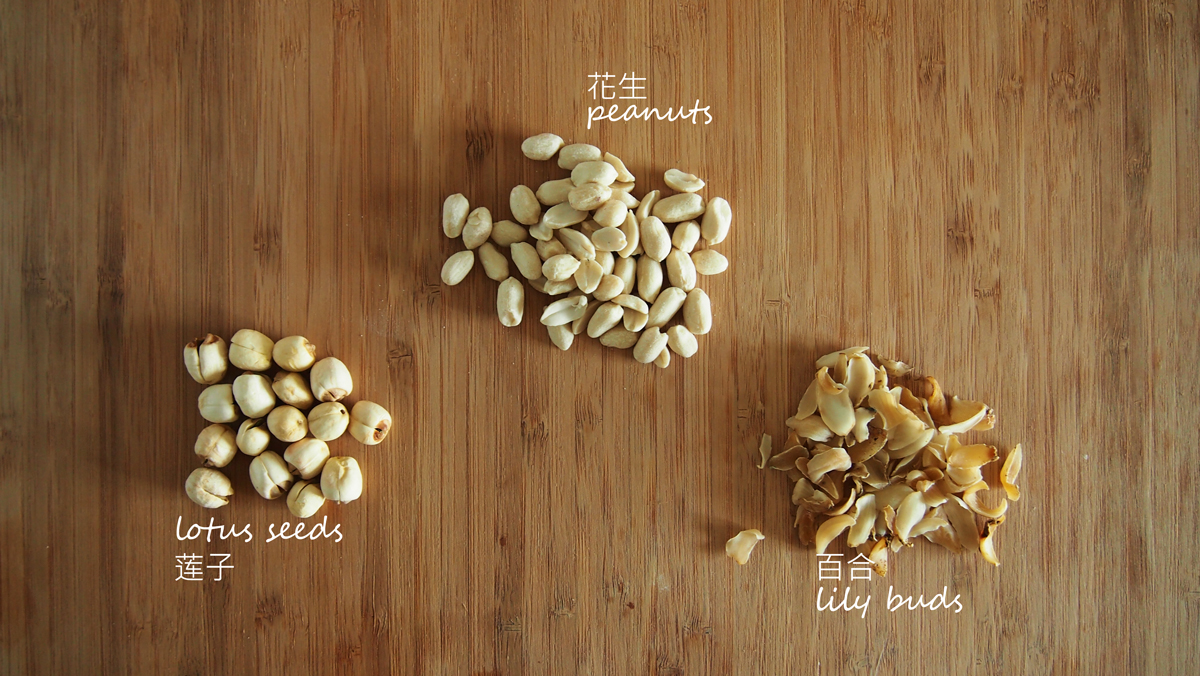 When summer ends and autumn begins, the period is known as Chu Shu 处署/處署. The Chinese calendar was fixed as early as in the Chunqiu Period 春秋 (770BC-476BC), and it divides the year up into 24 seasons. Chu Shu is the 14th season. In Ancient Chinese, Chu 处/處 refers to ‘Go’ while Shu 署 refers to ‘Summer’, hence Chu Shu is the season when autumn approaches and some of the summer heat is still lingering around.

Why is it important to eat according to the seasons?

Nature, including our food, follows the annual cycle of birth, growth, decay and death. So does the human body. Before the modernisation of farming, people used to eat according to the crops they could harvest in different seasons. There are foods that we eat in summer and there are those we eat in autumn.

According to the principles of Chinese medicine, Chu Shu is a time when we should change the dietary habits of summer. Summer is the height of both our bodily and environment yang energy. When summer ends, the yang energy slows down and it is time to nurture the yin energy, just like in nature. One of the earliest texts of Chinese medicine, the Huangdi Manual 黄帝内经 (51BC-7BC) firmly instructs ’the nurture of yin in autumn and winter’ (秋冬养阴).

How to nurture the yin energy in Chu Shu through Chinese medicinal cuisine?

The dietary indications in Chinese medicinal cuisine for Chu Shu follow the principle of ’Nurturing the Yin and Moistening the Dryness’ 滋阴润燥.

’Nurturing the Yin’ 滋阴: In summer, the heat helps the body to rid itself of toxins through sweating. In this process, one’s yin energy – represented by fluids secreted by your internal organs, vaginal fluids, semen etc – is also being depleted. By eating foods that will help restore your body fluids, your internal system is given time to repair itself after the exhaustion it went through in summer.

’Moistening the Dryness’ 润燥: Contrary to popular beliefs, despite the drizzles one gets once autumn starts, the season is a very dry one. Humidity in the air serves only to draw humidity out of your body. If, your yin is already depleted and you do nothing about ‘moistening’ yourself, you will suffer from what Chinese physicians call the ’Dry Evil’ 燥邪. Symptoms of the ‘Dry Evil’ are when you do not have any obvious illness, but constant fatigue, lack of energy and perpetual thirst. Long periods of this will led to the body being attacked by seasonal bacteria or viruses, such as the flu.

What should I eat and not eat to ‘Nurture the Yin and Moisten the Dryness’ in Chu Shu? 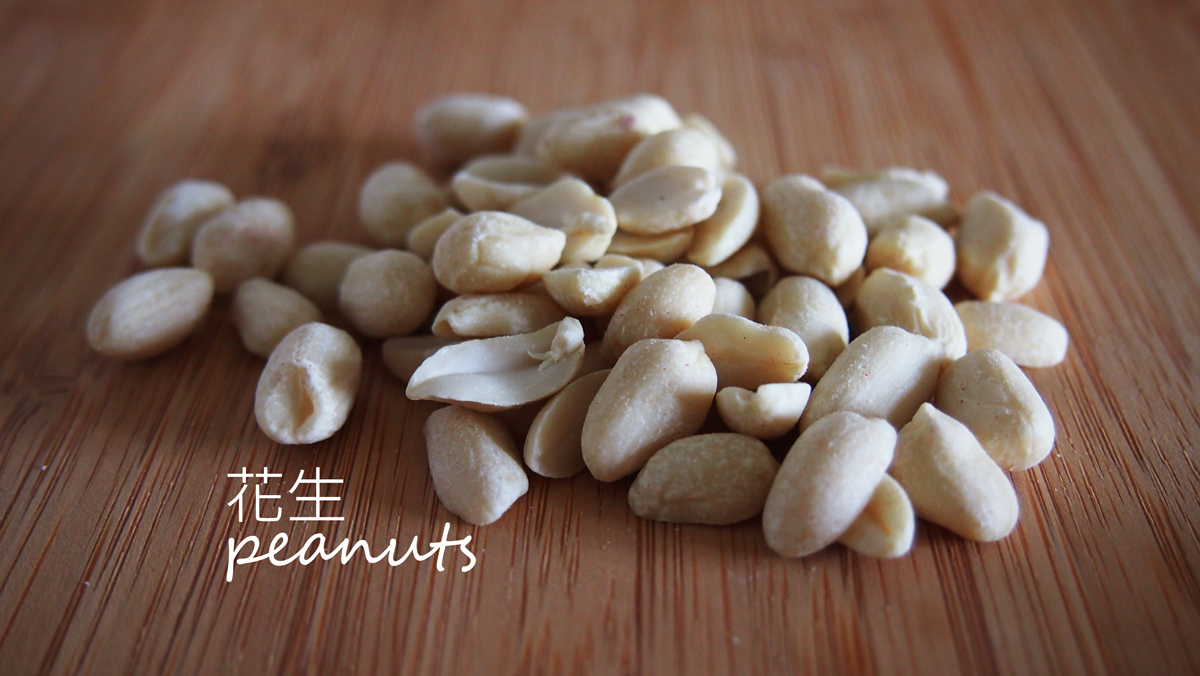 Peanuts/Groundnuts are harvested during Chu Shu (normally in September). According to the ‘Bencaogangmu’ 本草纲目 (a medicinal encyclopedia written by Li Shizhen in 1590 AD), peanuts ‘nourish the digestive system, moistens the lungs, restores energy and rids one of itchy throat’. Peanuts can be added to a stew or a soup, other than being roasted. 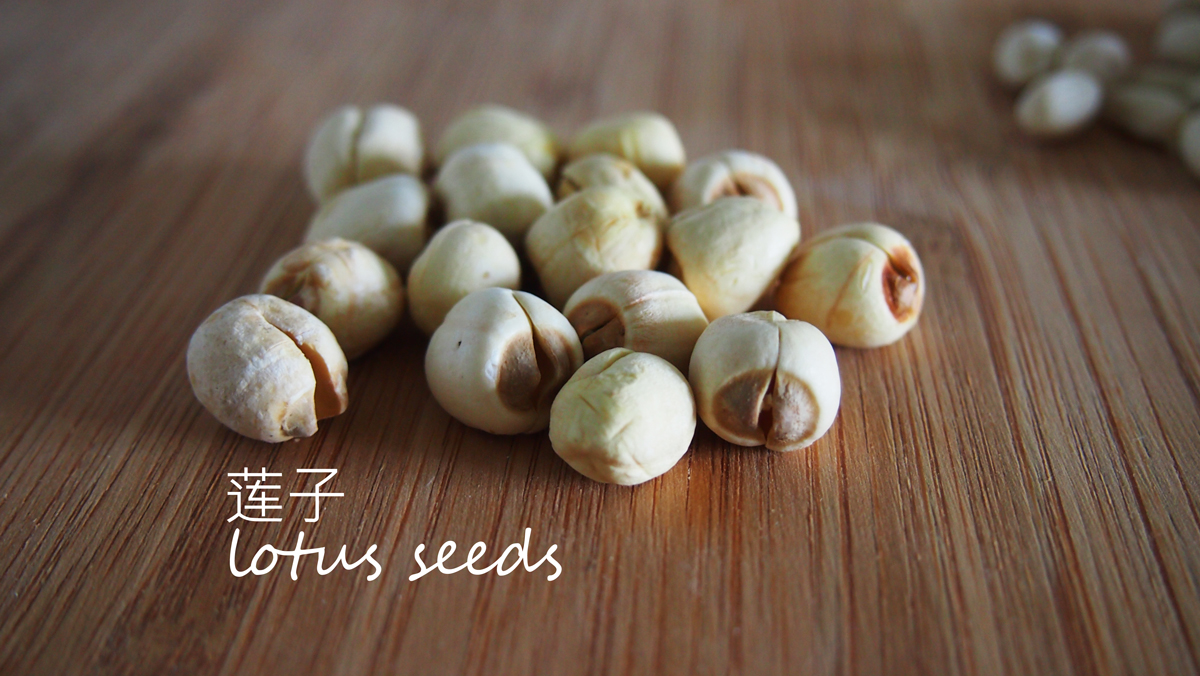 Like groundnuts, lotus seeds are harvested at the end of summer. The main medicinal property of lotus seeds is ‘moisture retention’. They are often included in prescriptions for people who have lost fluids through whatever ailments they may have, such as persistent diarrhea, loss of blood etc. Long-term consumption of lotus seeds helps to retain a youthful, supple complexion. Dryness of your internal system leads to nervousness and sleeplessness, hence eating lotus seeds helps to calm one down by building up your internal moisture. Like peanuts, lotus seeds can be added to congee, porridge, soups or stews. 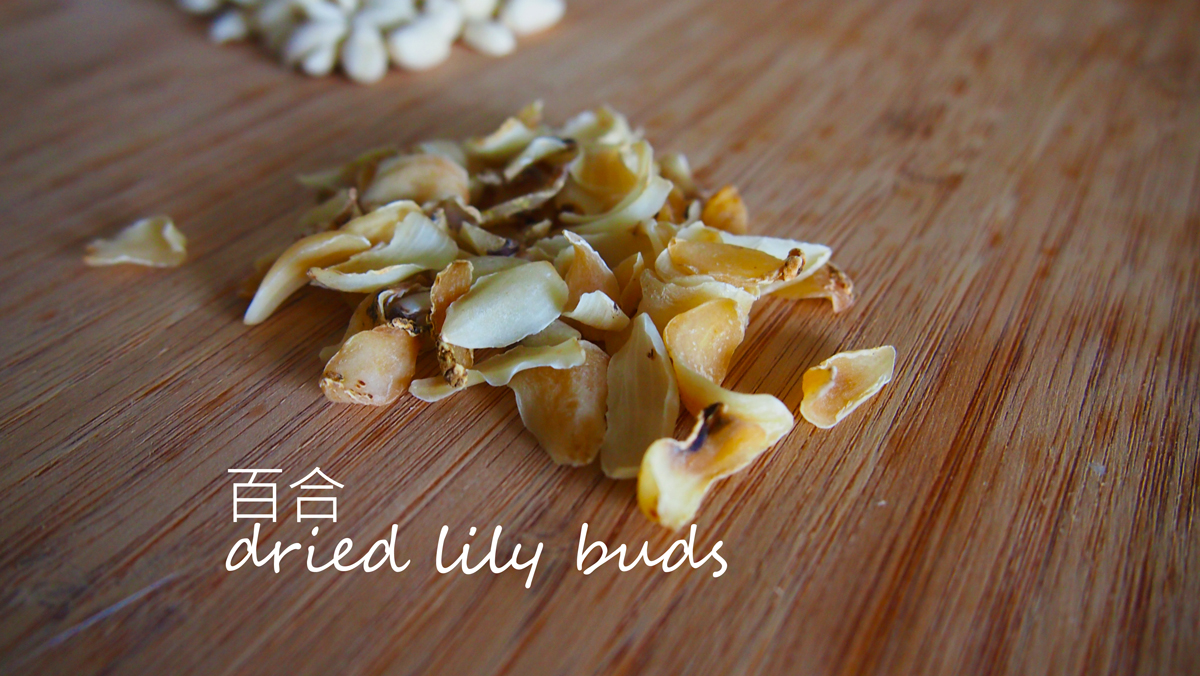 Lily buds are dried buds of the lily flowers (Lilium lancifolium). Typically harvested and processed in early autumn, they are known to ‘moisten the dryness’ and help your body to get rid of toxins. Normally, they are combined with lotus seeds in soup recipes.

There is a saying that goes ’One should eat duck in Chu Shu’ 处署吃鸭子. Duck meat is ‘cool’ as opposed to chicken meat which is ‘warm’. It is thus the perfect meat to have in autumn, when you need a good source of protein to nourish your vital organs.

There is another dietary principle to abide by in Chu Shu: ’less spice more acid’ 少辛增酸.

’Less spice’ 少辛 refers to the non-consumption of spices such as chillies, pepper, Sichuan pepper, ginger, any food that makes you sweat. With your internal organs already exhausted from the dehydration in summer, taxing them further through eating spices only serves to reduce the time they are going to serve you! By the same token, you should also avoid foods that have been grilled, roasted or fried – because these contain more toxins and your already exhausted organs cannot manage to get rid of them properly.

’More acid’ 增酸 refers to increased consumption of acidic fruits, many of which are harvested at Chu Shu, such as grapes and pomegranates. These fruits are not only rich in Vitamin C and E, but also useful in countering the thirst brought about by the ‘Dry Evil’.

In 2013, Chu Shu begins on 23 August and ends on 6 September. It is followed immediately by Bai Lu 白露, which lasts from 7 until 22 September. Bai Lu means ‘White Mist’, referring to the increased humidity by the arrival of autumn manifested by heavy morning mist. After that, autumn proper starts on 23 September. Your diet should continue throughout the autumn season, until when the weather gets colder in winter. That is when I will do another blog post for you. Till then!