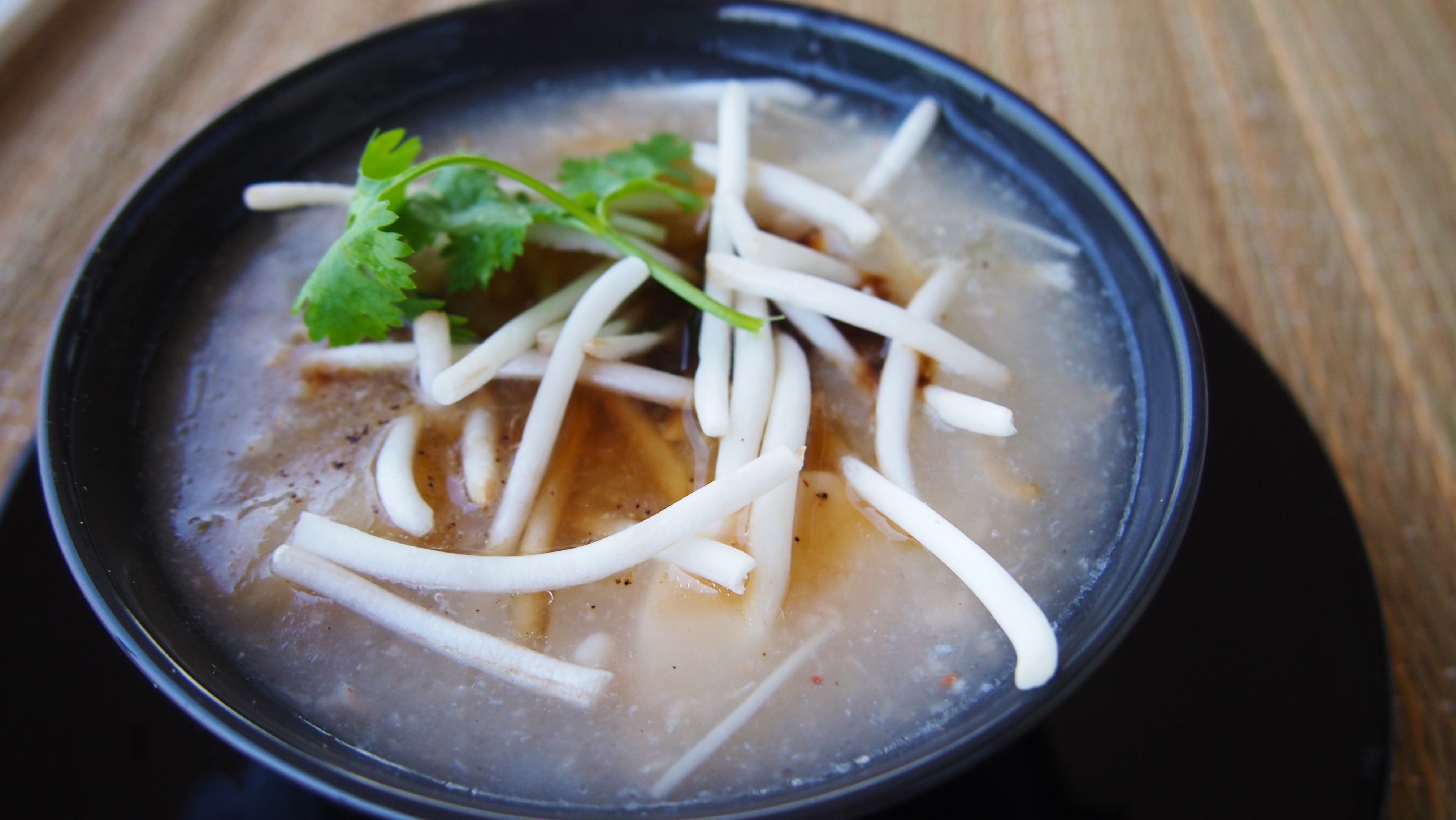 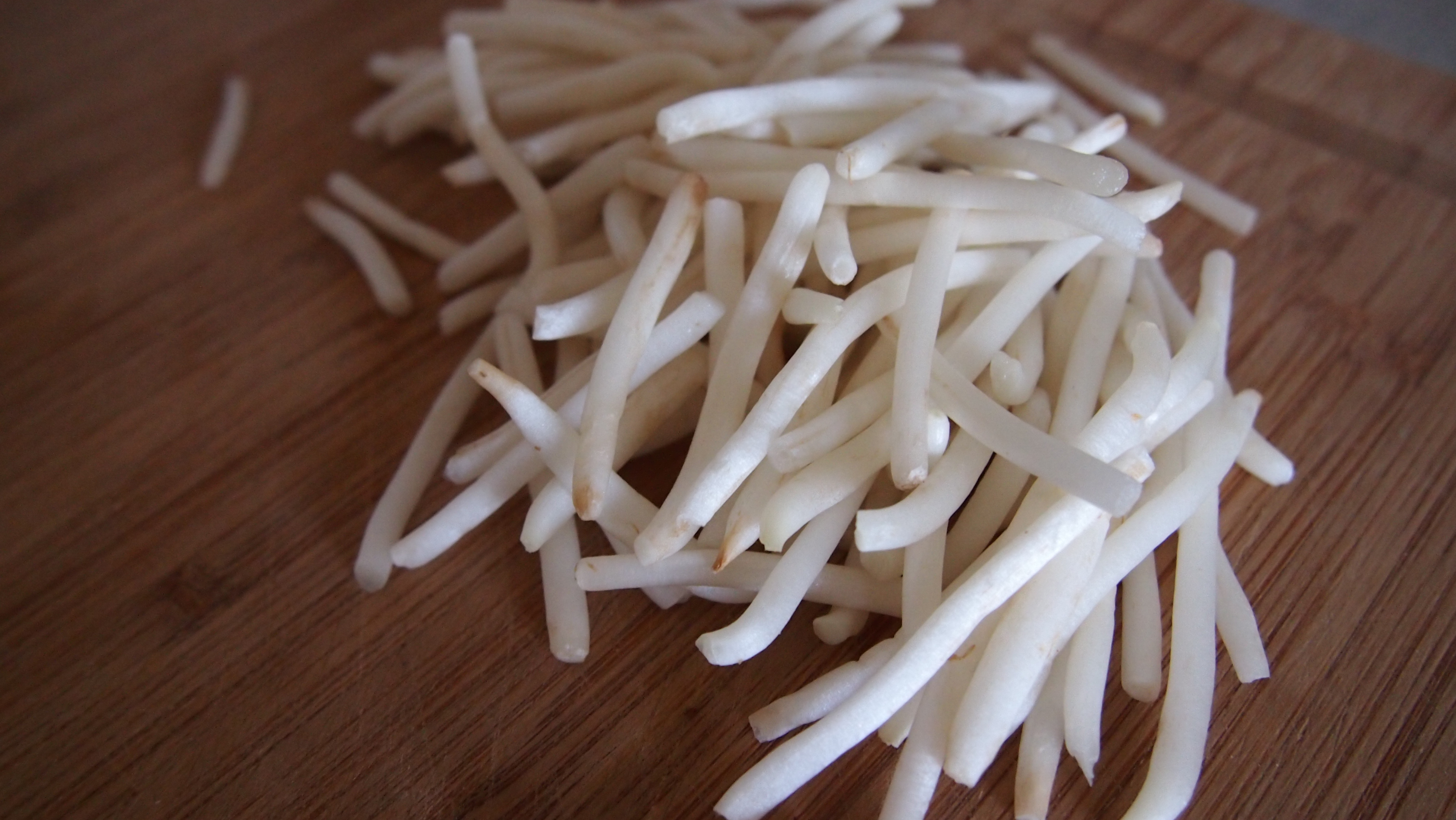 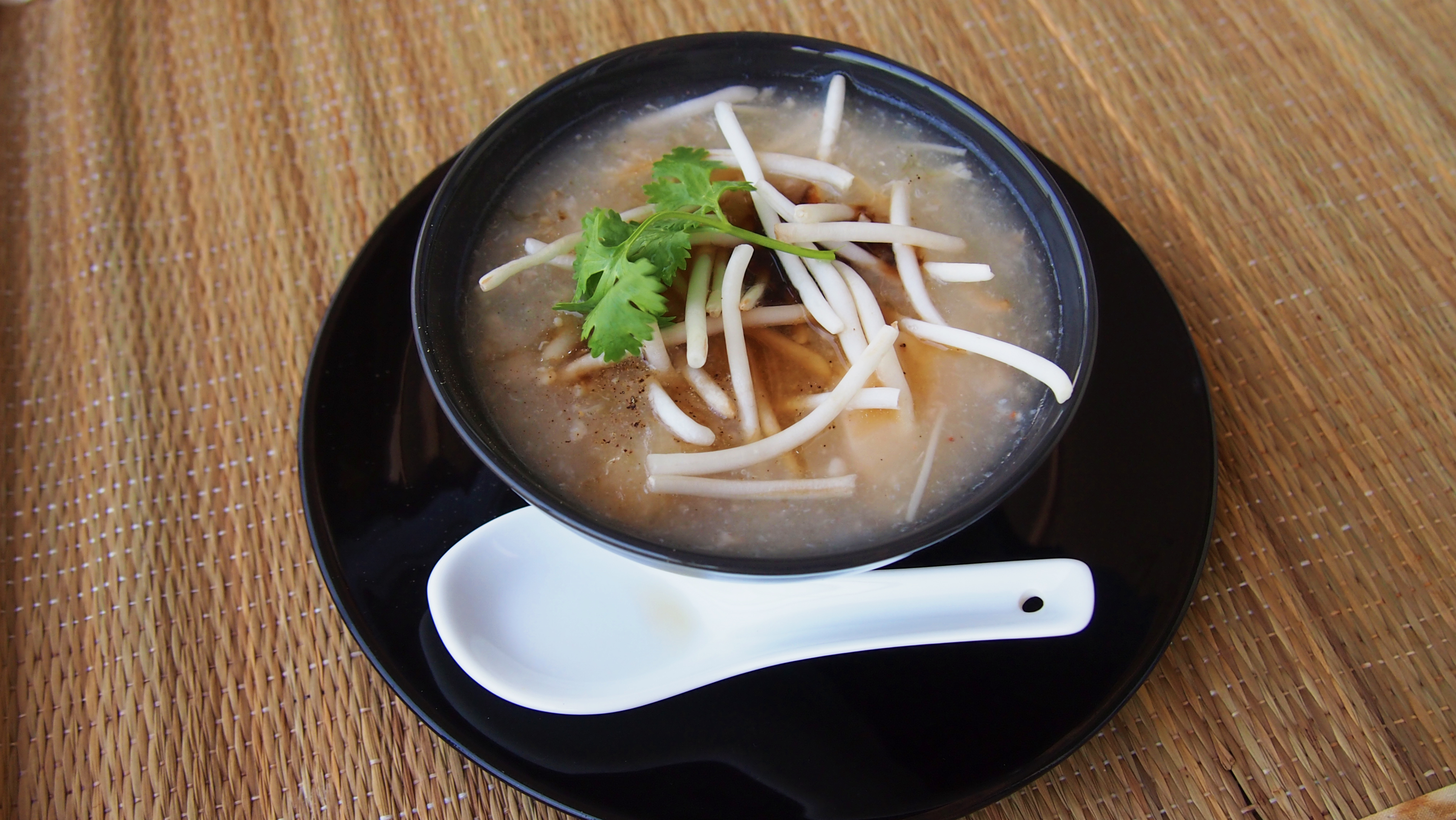 If you ever see the Chinese word ‘Geng’ 羹, it refers to a more anglo-american notion of soup – thick, gooey and very filling. This recipe will guide you through making one of the highest-rated Chinese delicacies – ‘Fish Maw Soup’ 鱼膘羹.

Fish maw is the thick fatty stomach lining of a fish. Like all Chinese delicacies, it used to be part of the collection of ‘rare foods’ (山珍海味). Back in ancient China, these foods came from the tropical south (in Southeast Asia) and were limited in supplies. Most of these, such as bird’s nest or sharkfin, were regarded as precious foods that only the rich and the nobles could afford. Hence they were a status symbol (still are), regardless of how they taste like. Secondly, because they were rare, a lot of care was taken in including very compatible and rich ingredients when coming up with recipes to cook them. Furthermore, in Chinese cooking, there is a philosophy that some things are eaten for their texture, and not for their taste alone. The fish maw is a case in point.

In modern times, with globalisation and free-market economy, some traditional Chinese delicacies can be farmed and harvested and sold at a more affordable price. Others, such as the sharkfin, are seeing their supplies depleted because of this marketisation. I do not eat sharkfin now, not because I think it is inhumane (we kill lots of other animals in worse manners in larger numbers in many ‘western’ countries, so why is the pot calling the kettle black?), but there is no sustainable way of consuming it right now. I also want to draw the attention to the fact that trawling is killing MORE SHARKS than the Chinese consumption of sharkfins, that deserves more attention than the unbalanced racist propaganda against the Chinese.

That being said, my recipe of fish maw soup combines the traditional basis of the sharkfin soup with the similar taste absorbing property of the fish maw. The Thais harvest the fish maw from huge fish, dry them and then deep-fry them for preservation. They are filled with large amounts of Omega-3 fish fats  and collagen (crucial in keeping your skin supple). The only problem is that they have been deep-fried:

To prepare your fish maw, put them in a bowl and pour boiling water over them. Once a thick layer of oil forms after about ten minutes, drain and pat dry.