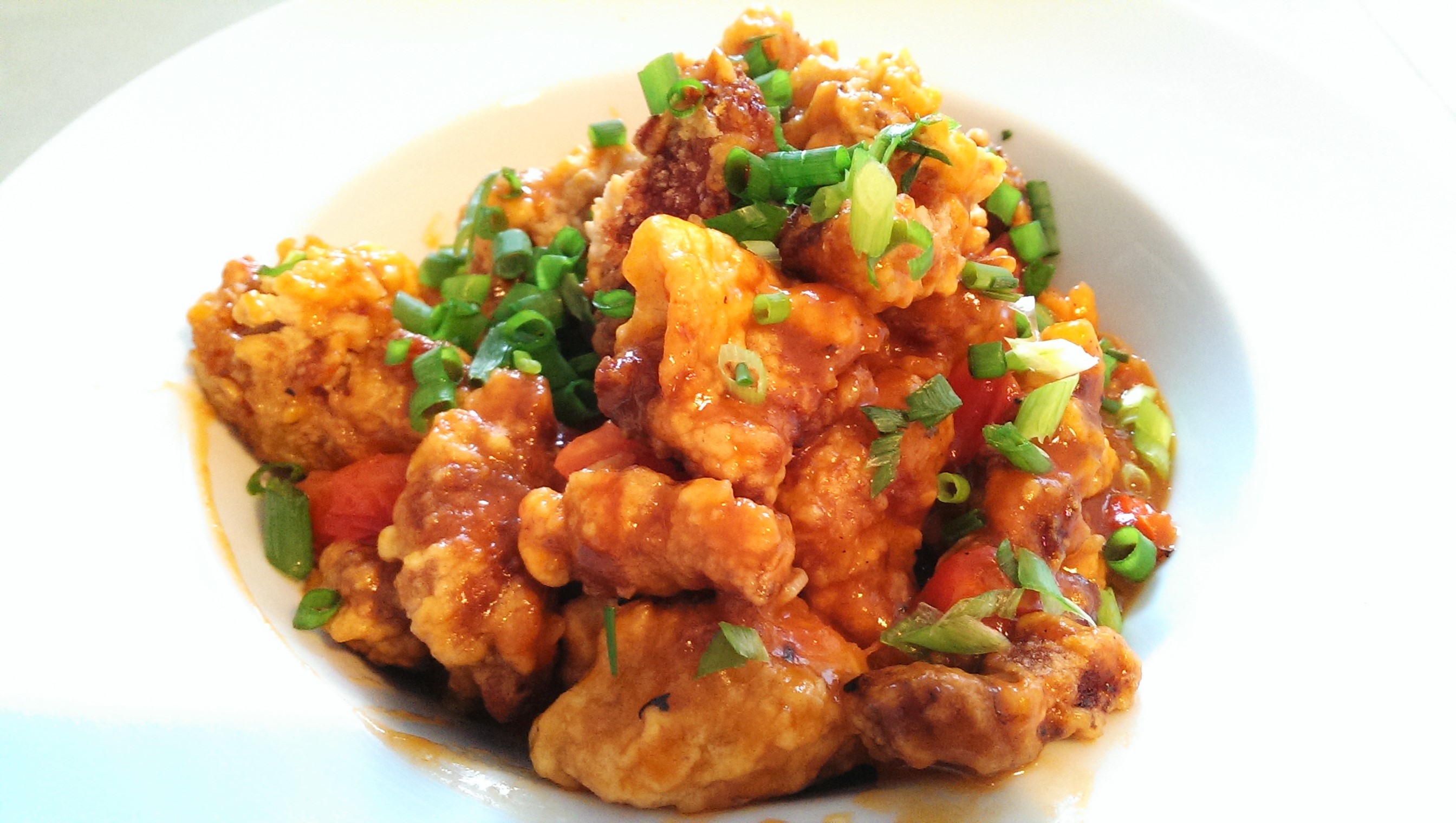 It really bothers me the Chinese ALWAYS translate the name of their dishes. It is as if they feel obliged to explain themselves, while the Japanese just present “unagi” as “unagi”, not grilled eel, and the Koreans insist “kimchi” is “kimchi” not fermented cabbage.
Goloyok is a case in point.

The fact that it has been translated into ’sweet and sour pork’ is revealing about the then cultural subservience of the Chinese race, and even more of the inferior culinary skills of the initial Cantonese migrants.
Goloyok 咕噜肉 is a pure Cantonese dish, it was not known at all in other Chinese cuisines. Its ingredients betray a fairly recent history – foreign ingredients that only the busiest port in the South China Sea could provide. Tomatoes, pineapple and bellpeppers were all foreign products from the Americas. The Cantonese very quickly took to tomatoes and made them into a sauce, that is still pronounced today in Cantonese throughout the world: “ketchup” 茄汁

One of the first Cantonese dishes to use this newfound sauce was goloyok.

So what does the name Goloyok mean?
In Cantonese, ’yok’ 肉 means ‘meat’. ’Golo’ is an onomatopoeia, a sound that one supposedly makes when one is salivating. There are two theories to this strange name:

One is that when a general was first served this dish, he loved the smell so much that he could not stop salivating. The other theory is that the word ’golo’ 咕噜 is actually a misrepresentation of the original name which sounds the same ‘古老’ : ’ancient’. Which infers this is actually an ’ancient recipe’.

My theory is that the fact that the pork was fried, could actually mean that the meat was ‘old’ not the recipe. It could be that the frying plus the strong sauce was used to mask the taste of the old meat. But the name changed over time because the salivating noise was funnier and more interesting appellation, as the dish gained popularity.

But of course, this incredibly interesting piece of history has been lost in translation, if only the Cantonese migrants had more cultural self-confidence!

To make matters worse, this recipe has been bastardized beyond recognition in the west. Such that the pork was sometimes not deep fried, or not double fried, and certainly not crispy. The pepper has to be crunchy and fresh when served, not limpy and overcooked. In my recipe, just like in the traditional version, the pork is fried twice. The idea is not to cook the pork in the sauce, and the pork has to remain crispy even after it has touched the sauce.

Goloyok is the original name for the ubiquitous Cantonese Chinese dish – sweet and sour pork. This recipe is authentic as it gets, and I will explain why even though most foreigners know the dish, they have never tasted its original form, nor do they know the real name of the dish.