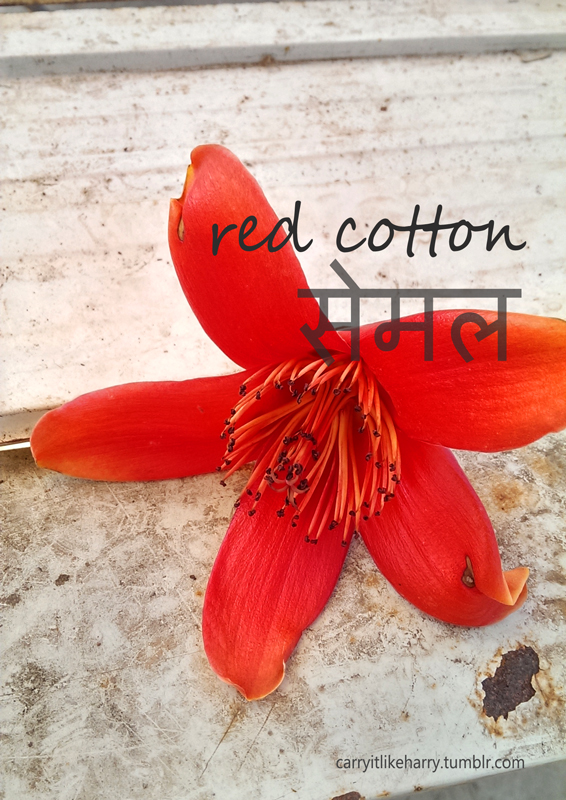 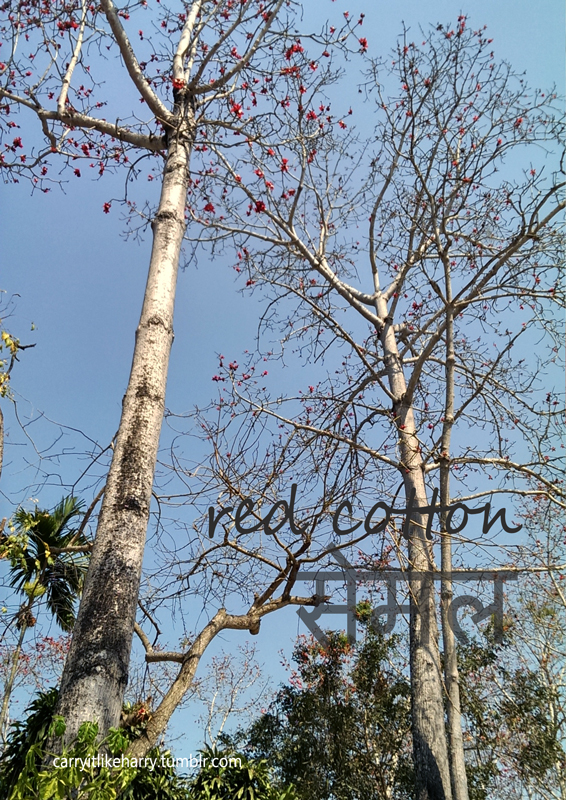 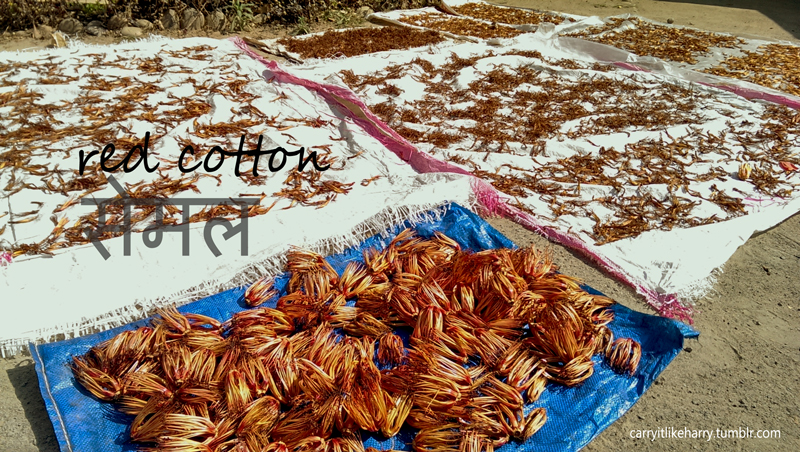 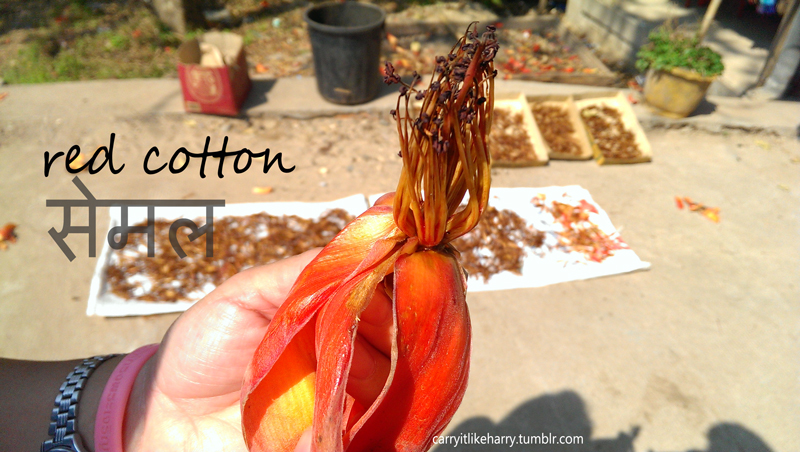 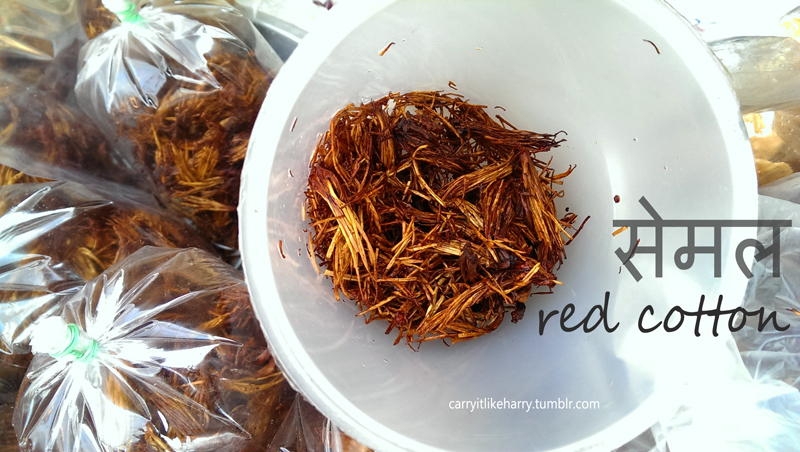 I discovered the red cotton only on a trip to northern Thailand. After doing some research, I wish I had known about this wonderful tree before. Tall as it might be, some growing to 60 metres, the whole tree can literally be eaten!

Origin of the tree

The tree is native to tropical South and Southeast Asia, namely southern India, Sri Lanka, Vietnam, Thailand, southwest and southeastern China (including Hongkong and Taiwan), as well as Malaysia and Indonesia. Already mentioned in ancient Hindu scriptures, the red cotton tree is known as Shaalmala in Sanskrit. And ‘red cotton island’ or ’Shalmala Dweepa’ is one of the seven continents of the world in Hindu mythology. The inhabitants of this continent must be very lucky, because this tree is full of goodness.

Northern Thailand: Use in Lanna Cuisine

In Southwest China (among the Tai Yai people who are related to the Thais), Thailand and Laos (where I first knew about the red cotton tree), they dry the core of the red cotton flowers in the sun, until they are brown. After that, they add them to a noodles soup dish called nam ngiao น้ำเงี้ยว . The dried red cotton flower core has such a wonderful texture, it really gives the spicy noodles soup an additional dimension. I was told that nam ngiao is a signature dish of the Northern Thai Lanna cuisine.

Another Lanna dish that uses the red cotton flower core is the green kaeng khae curry แกงแค. Unlike curries in the south of Thailand, this curry dish is devoid of coconut milk and contains a whole variety of similar plants unheard of outside of the region. Once again, both its unique taste and texture create a very different dining experience that one should not miss.

Apart from putting the flower cores in soups and curries, you can also just deep-fry them: they make really great-tasting snacks!

If there is an island that resembles the legendary ’Shalmala Dweepa’, then it has to be Hong Kong. In Hong Kong, the red cotton tree is planted everywhere and virtually in every park. In March and April when the tree flowers, you can see elderly Hongkongers picking the petals from the ground to make tea. The Chinese also know about the medicinal properties of the flowers: they drink the flower tea to rid the body of toxins. But beyond this, the Chinese do not do anything else with this tree, which may be an indication that it is a foreign import.

True enough. According to Chinese records of the Western Han Dynasty (西汉杂记) 202 BC – 8 AD, the King of Nam Yuet (current-day Northern Vietnam) presented a ’Fryctoria Tree’ (烽火树) to the Emperor of China. Fryctoria was a reference to the bright red colour of the tree’s flowers. This is why in ancient Chinese, the tree was known as the Fryctoria Tree.

The true experts of the red cotton tree are undeniably the Indians. The whole tree is virtually an Ayurvedic treasure trove: