What are salted duck eggs? 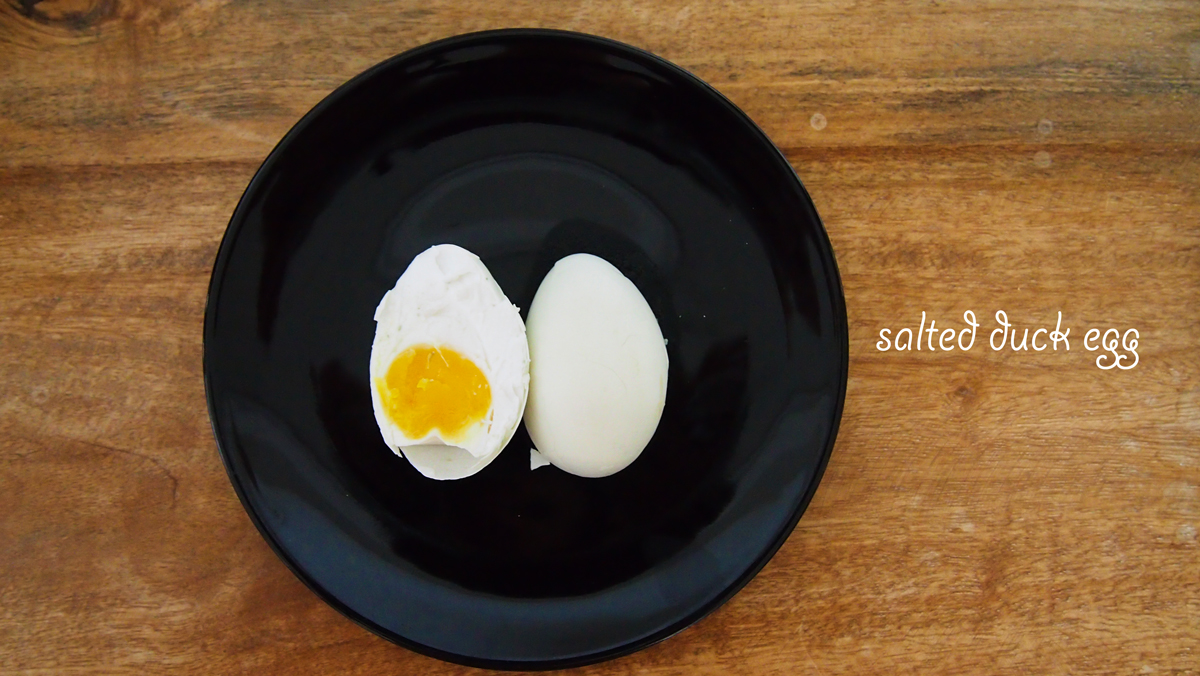 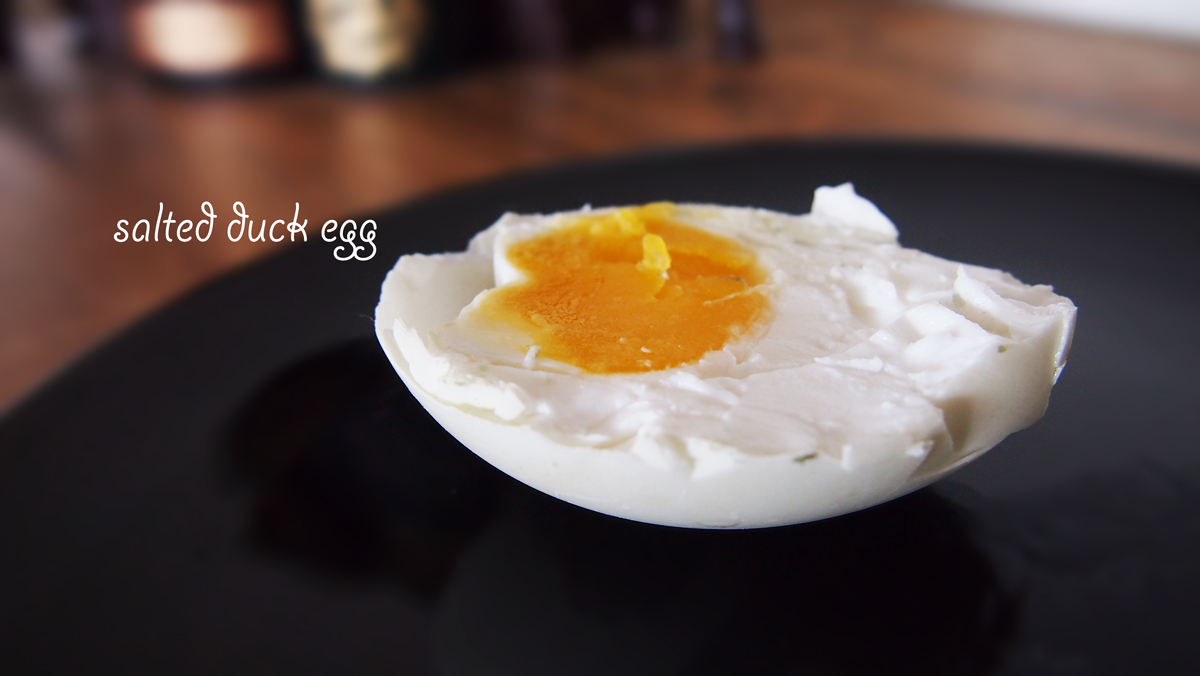 Salted egg is a Chinese speciality. Most of the time, it is duck egg, because duck eggs are creamier and richer than chicken eggs.

Salted eggs are ‘raw’ although they have been cured with salt so that they last longer than normal eggs. Before using them in your cooking, you have to first steam or boil them for about fifteen minutes. Used mostly in southern and southeastern Chinese cuisines, salted eggs are either added to rice congee or stirfries to give  an extra dimension. In Singapore, when it encountered the local southeast Asian cuisines, it is combined in the marinate of fried or grilled seafood such as mud crabs, producing a wonderful flavour when slightly burnt.

In the Philippines, a similar process exists and the eggs are coated red to distinguish them from regular duck eggs.

The Story of the Duck Egg seller

In Cantonese, there is a proverb that goes like this: ’He has gone to sell salted duck eggs’ (他去賣鹹鴨蛋 Hei Hwei Mai Haam Aap Daan), meaning ‘he is dead’.

Apparently, linguists point out that the Cantonese proverb originally came from the neighbouring Fujian province’s Hokkien (Minnan) proverb: ’He has gone to an earth mound to sell duck eggs’ (他去土丘賣鴨卵 Yi Ki Tor Jiu Bue Aa Nng). According to their ancient traditions, Minnan people placed a stone and a cooked duck egg in the coffin of a deceased. During the burial, family members would tell the deceased ’Once the stone disintegrates and the egg hatches into a duckling, you will be able to come home again’. Because that will never happen, the ceremony probably served as a stark reminder to the family of the person’s permanent departure. The earth mound refers to Chinese tombs, where extra earth is heaped on top of the coffin to mark the spot of the coffin and to form a tall mound.

In the 20th century, this proverb now became ’He has gone to Holland to sell duck eggs’ (他去荷兰賣鴨卵 Yi Ki Hor Laan Bue Aa Nng). Probably because Holland is even further than Suzhou or a local earth mound, there are even fewer chances for the duck egg seller to come back!