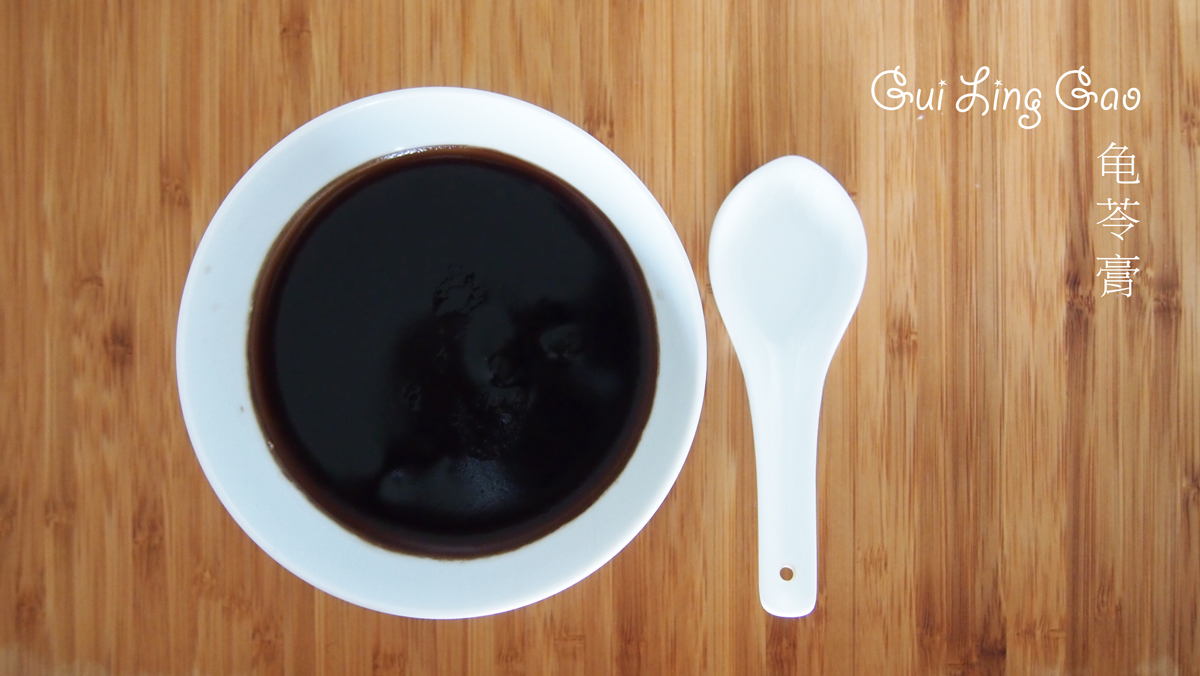 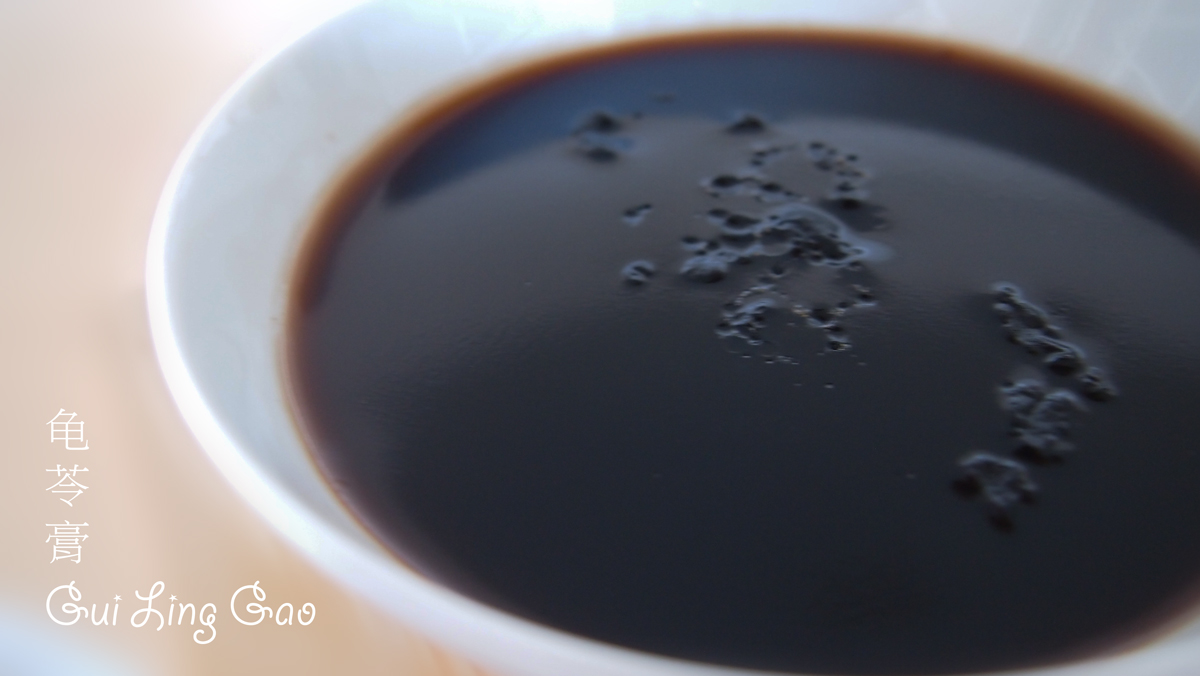 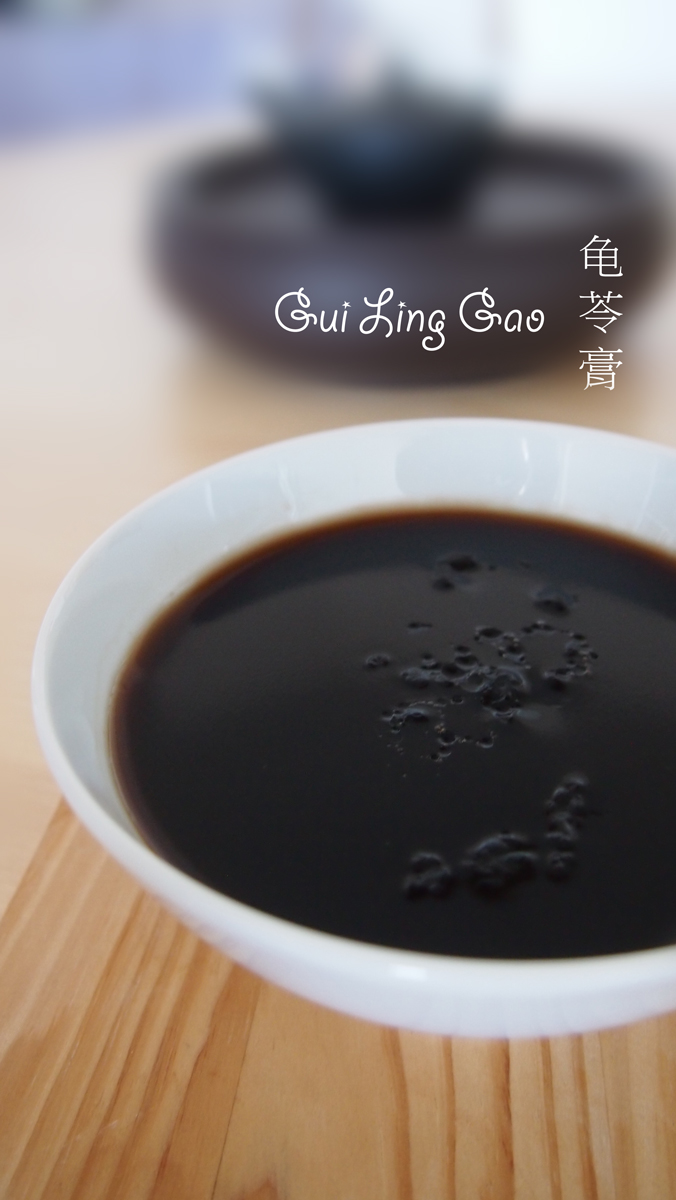 Guilinggao is an ancient medicinal desert, which hails from the county of Wuzhou 梧州 in Guangxi province in China.

Legend has it that during the Era of the Three Kindgoms (AD 220-280), military strategist Zhu Geliang led his troops down to Wuzhou, then called Cangwuquan 苍梧郡. Summer in the south of China is humid and extremely hot. The soliders who were mostly from the north were suffering badly from the heat. Locals then offered Zhu a local remedy for heat stroke comprising turtle shell and a herbal root ‘Tufuling’ (土伏苓,  Smilax glabra).After giving the concoction to the soldiers, the army regained its strength and continue its battles in the south.

Since then, Guilinggao has been an important desert in the imperial courts of China, especially during its last Qing dynasty. Emperor Tongzhi (1856-1875) was said to be cured of small pox by consuming Guilinggao alone.

If you want to taste authentic Guilinggao today, it is best to go to Wuzhou itself.

Several recipes of Guilingao exist. The best Guilinggao uses aged turtle shell from the Golden Coin Turtle (金钱龟/金錢龜, Cuora trifasciata), which is a rare breed of turtle, and the recipe calls for the chest part of the undershell, not the rest. It is therefore not possible for you to taste the historically authentic Guilinggao anymore. Nowadays, farmed Big-headed Turtle (鹰嘴龟/鷹嘴龜, Platysternon megacephalum) are used instead.

Once you have tried Guilinggao, you will discover its great medicinal properties: your sweat will stink less, stool is passed easily, you suffer less from thirst and heat,  and other typical symptoms of heat strokes in summer. It is considered a ‘blood cooling’ medicine, hence pregnant women or women who are menstruating are advised to keep off it.

Do not buy canned Guilinggao you see in Chinese supermarkets nowadays. They contain very little turtle nor Tufuling. The best option is the powder form which you can get from accredited Chinese medicine practioner.

Once chilled, Guilinggao becomes a jelly and you eat it with a drizzle of honey to cover its slightly bitter taste.