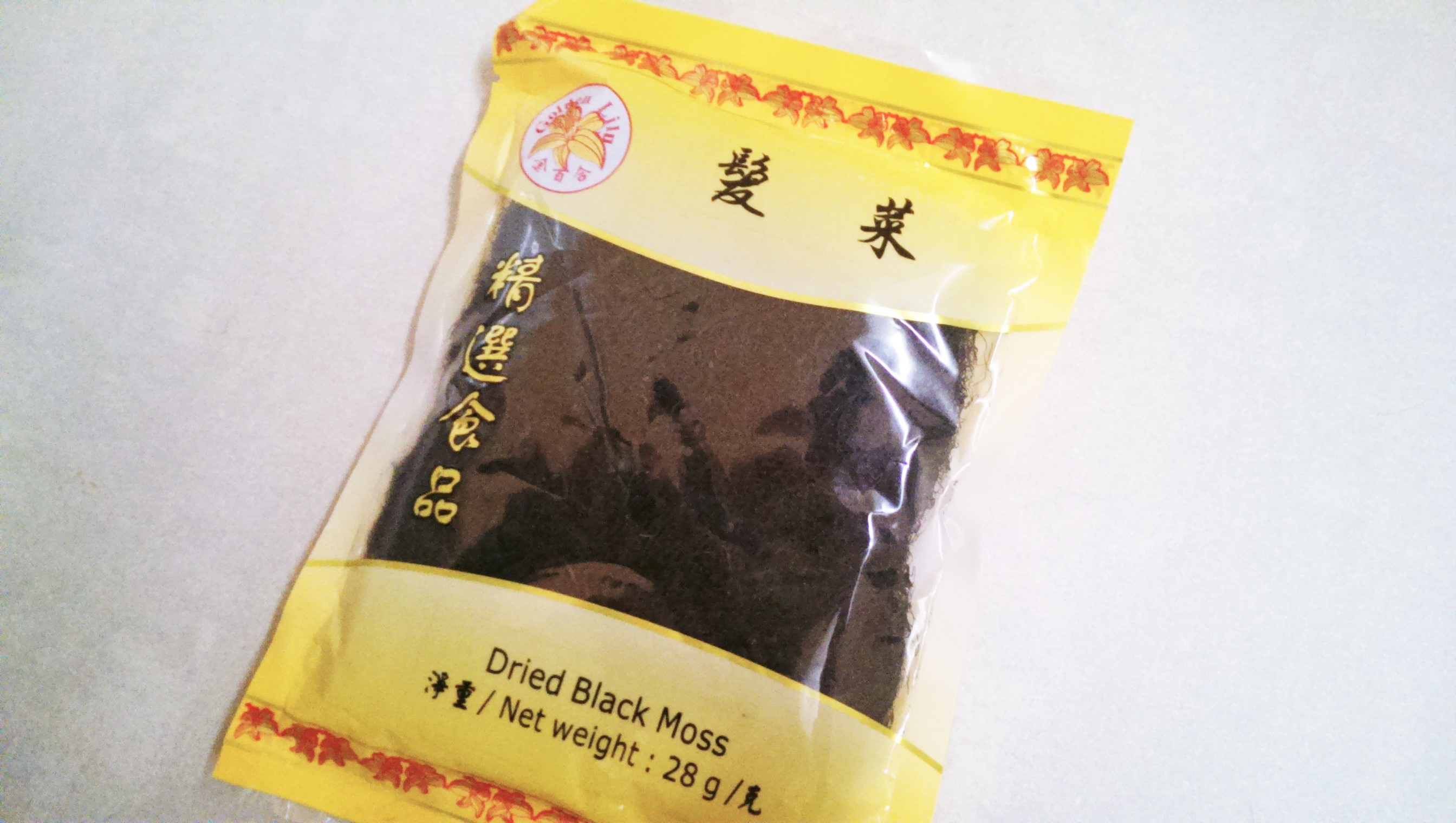 ’Facai’ looks disgustingly like human hair, and that is exactly the meaning of its name in Chinese 髮菜: Hair Vegetable.

What is it?
’Facai’ is a moss that grows under the sand in the desert. While it is a main produce of Inner Mongolia, ‘facai’ grows virtually in all deserts, from Mexico to Australia. It looks like human hair, which gives it its Chinese name. Its growth is very slow, and only grows best in stormy rainy weather, which occurs rarely in deserts. It serves to bind the sand to the ground so that the sand does not get blown away.

History
No one knows when ‘facai’ entered the Chinese diet. Its first written record dates only from AD 1611 during the Qing dynasty. But there are sporadic hints of its consumtion that date further back: with ancient names like Longxucai 龙须菜 (dragon’s hair vegetables), and the legend that during the Han dynasty (140BC), an exiled general named Su Wu 苏武 relied on this to survive in the desert for 19 years.

Another curious phenomenon about its consumption is that only south coastal Chinese eat it, despite it being a northern desert moss.
Because of its rareness for southern Chinese, ‘facai’ is considered a delicacy, and only eaten during the Chinese New Year. On top of that, ‘facai’ sounds exactly like ‘facai’ 发财 (to get rich), so it is touted as the ‘first vegetable’ one should eat on the first day of Chinese New Year, so that one will really strike it rich.

With the economic rise of China, more and more Chinese gain access to traditional ‘delicacies’. In order to produce 75g-125g of ‘facai’, 10 acres of deserty grassland will have to be ploughed and destroyed, and the profit margin is only 40 Chinese Yuan (6.5 USD).

The destruction of desert borders for ‘facai’ is one of the reasons for the desertification of northern China. This ecological disaster is so bad, that it is illegal since 2000 to pick ‘facai’ in China.

Real facai now comes from other countries where the threat of desertification is not an issue. Otherwise, cultivated facai is also available, despite lacking its main medicinal properties: wild ‘facai’ can reduce hypertension while cultivated ones cannot. No one knows why.

Synthetic facai has also flooded the market and are made with all sorts of material. Chinese authorities have issued warnings about fake facai: they do not only not taste like facai, behave like facai when cooked, the colouring is toxic.

Otherwise, fake facai made from seaweed is harmless, it just does not taste like the real thing.