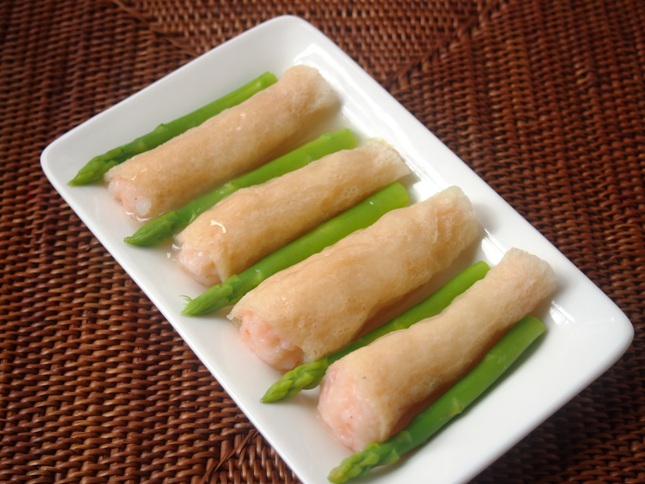 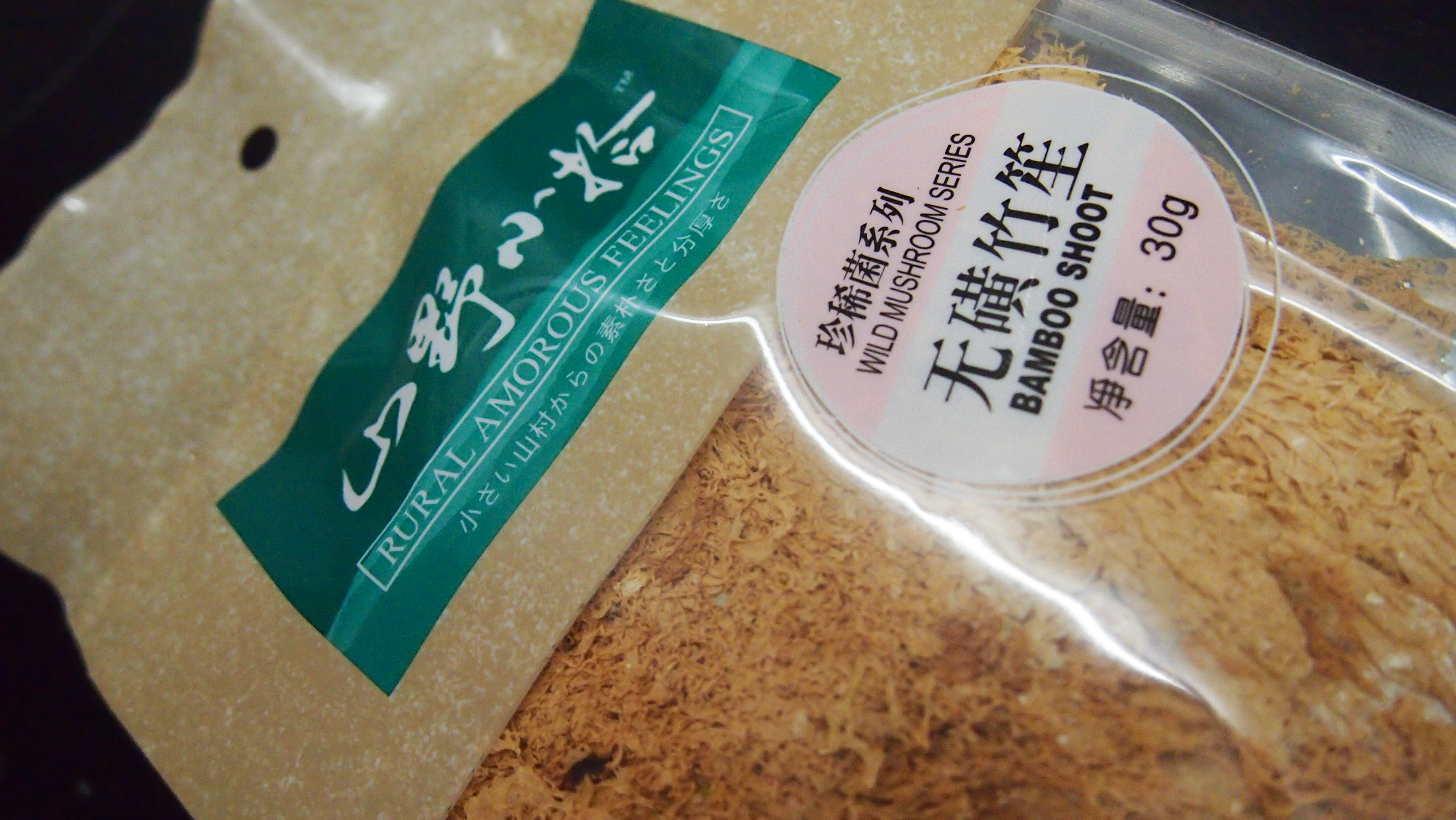 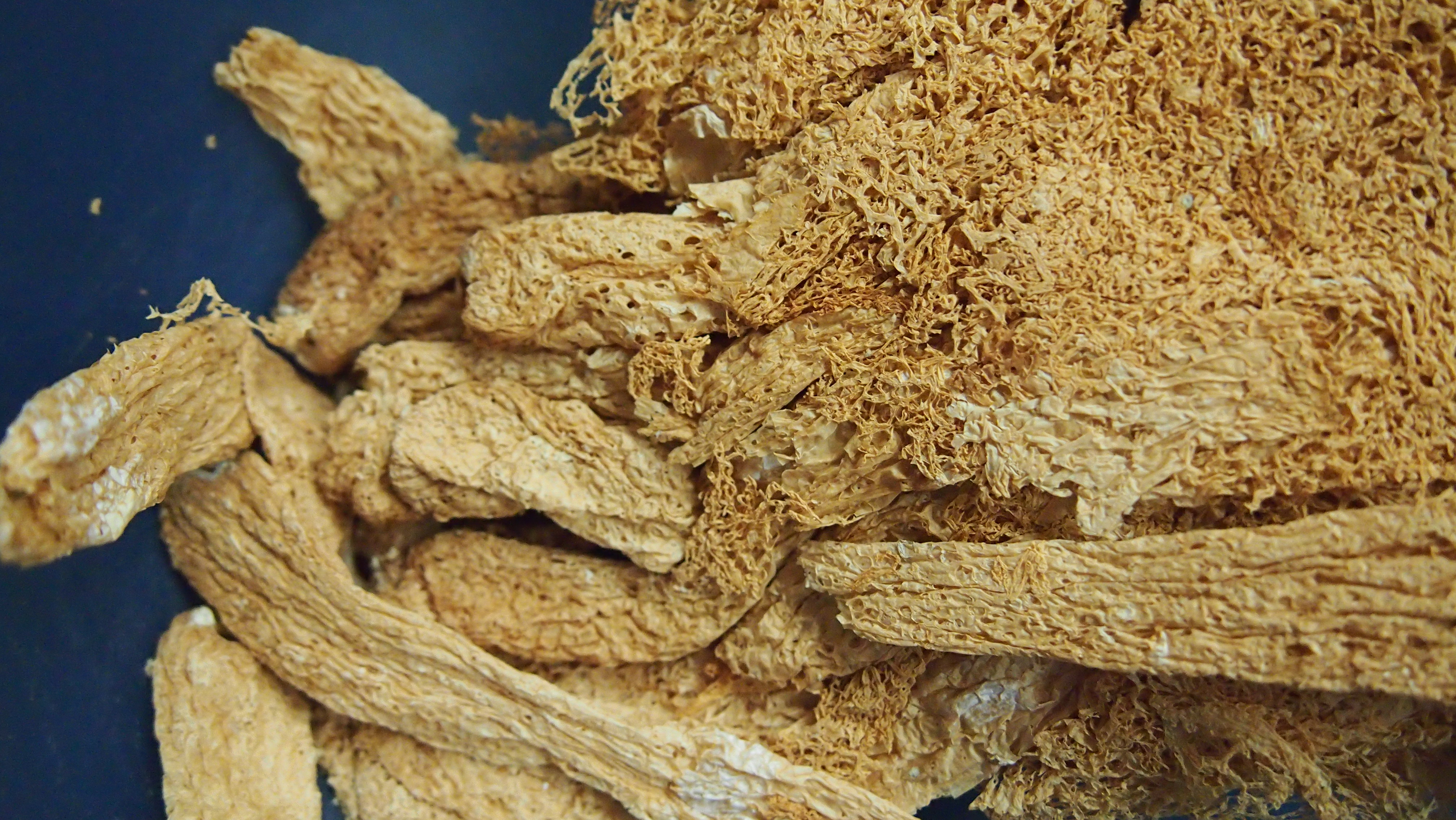 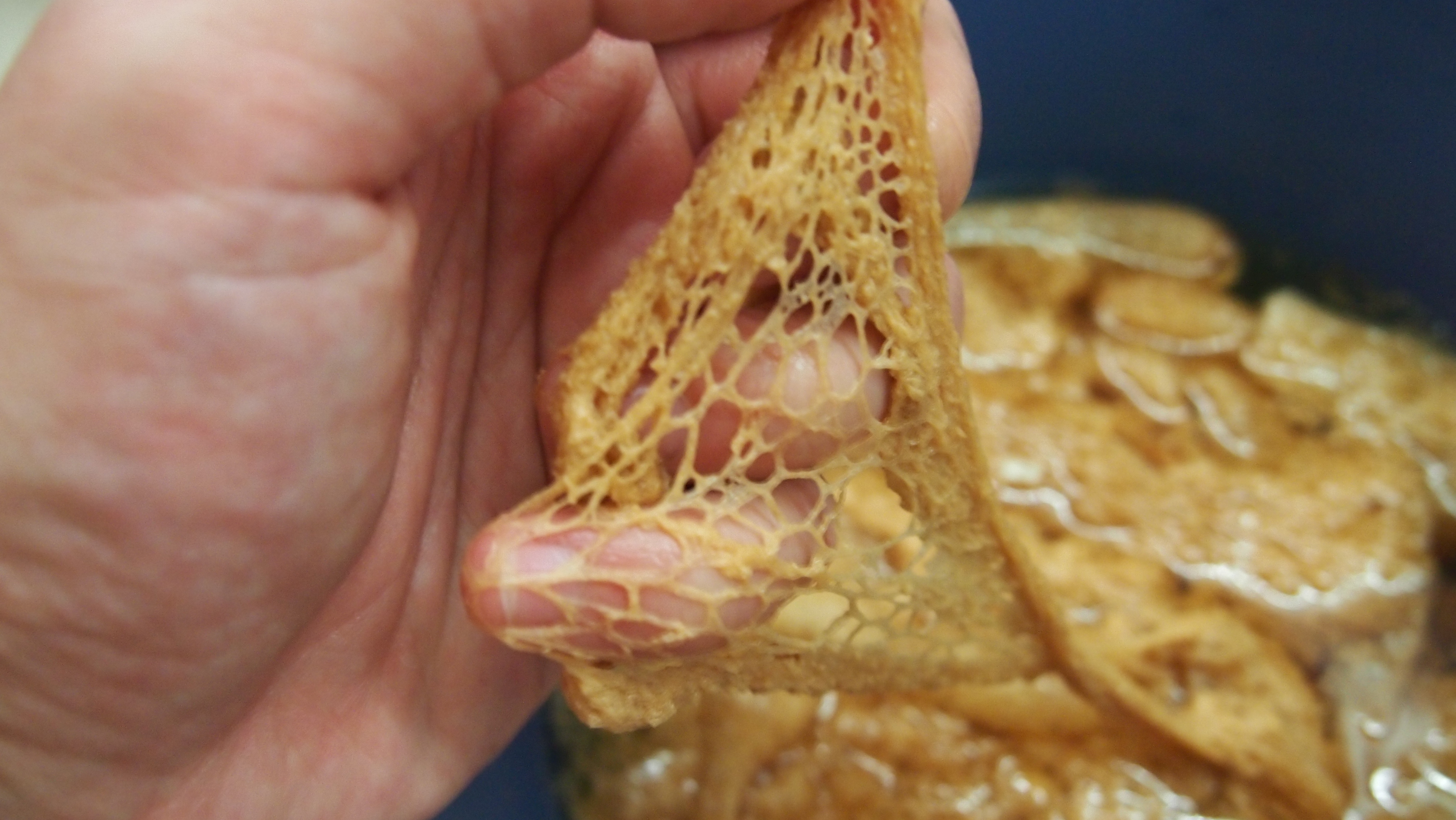 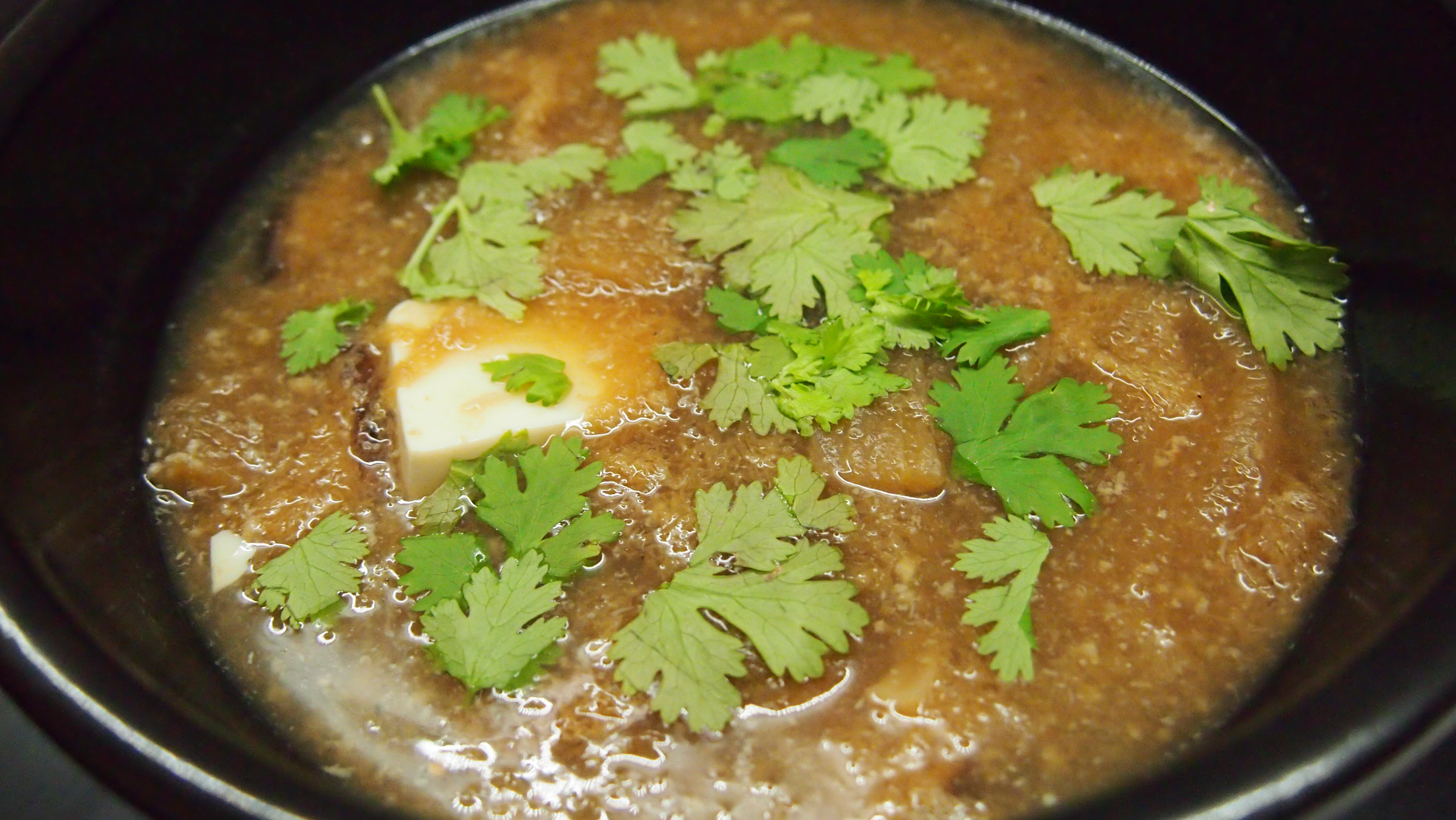 The stinkhorn is a mushroom found in all tropical and sub-tropical regions of the world.

It was first recorded by the Chinese in the Tang Dynasty (7th century AD) and then described by French botanist Etienne Pierre Ventenat in 1798. Indigenous cultures across the world have known this beautiful mushroom since time immemorial. The stinkhorn looks like an ordinary mushroom covered with a bridal veil, but the odour it emits has been likened by foragers to the stench of a rotten carcass. Unlike most agraric mushrooms, the stinkhorn does not eject its spores. Instead, it produces a sticky and pungent spore mass that attracts insects to help disperse its spores.

What is so special about the stinkhorn?

First of all, it has an incredibly high protein content. For every 100g of fungus, you get 33.6g of protein. Comparatively, soy beans contain 33.5g and chicken contains 39g. This is the reason why ancient Chinese also called it “bamboo chicken” (竹鸡) and ranked it as one of the ’Eight Treasures of the Mountains“ (八大山珍).

Nowadays, it is still prized for its high nutrition by the Chinese who sometimes call it ’bamboo ginseng’ 竹参 instead of its original name竹笙 . Written differently but pronounced the same.

Thirdly, it is an aphrodisiac and induces female multiple orgasms.
In an article published in the International Journal of Medicinal Mushrooms in 2001, it was found that the smell of fresh stinkhorn can induce spontaneous orgasms in women. However, it was noted that the study used the species found in Hawaii, not the edible variety in China. Men, on the other hand, found the smell repulsive. Nevertheless, ancient Chinese texts ascribe the stinkhorn as an aphrodisiac for both women and men.

Why is it a delicacy?

In ancient China, the stinkhorn was a delicacy not only because of its nutritious and medicinal value, but also because it was rare. Found only in the sub-tropical mountains of Yunnan and Sichuan in the southwest, as well as parts of Fujian in the southeast, this edible Chinese variety of stinkhorn was only available to royalty.

Towards the end of the Qing Dynasty, Empress Dowager Cixi was said to have tried to hunt down the stinkhorn in her quest for immortality. She had three thousand men looking in a period of nine months and they could only find 1.5kg of it. On her 60th birthday, it was one of the main ingredients in the Confucian recipe of ”The Soup of the Eight Immortals“ (燕窝八仙汤). In case you are curious, here are the ingredients: stinkhorn, bird’s nest, sharkfin, fishmaw, Pogostemon auricularis, bamboo shoots and button mushrooms.

Because of its scarcity, it was served to visiting foreign dignatories like Henry Kissinger and Kakuei Tanaka.

Its Chinese name 竹笙 shows that the fungus only grew in bamboo forests. To make it even harder to procure, the stinkhorn can only be harvested once its veil has opened, which happens around 8-10 in the morning, after which it lasts only for two days.

Fortunately for us, with globalisation, Chinese connoisseurs of the stinkhorn soon discovered that it is actually available in abundance across the globe’s tropical belt – from Thailand to Hawaii and Australia, to Nigeria and across Mexico!

Nowadays, the stinkhorn can also be easily cultivated in the sub-tropical regions of China using agricultural waste, sawdust and a thin layer of soil.

What dishes can you use the stinkhorn in?

The stinkhorn can be used in stir-frys and soups. It goes very well with chicken in soups and leafy greens in stir-frys. To be honest, I find it to be quite tasteless, but the Chinese have a tradition of eating something for its texture. The stinkhorn, apart from its abundance of goodness, remains crunchy and fresh after being cooked. This property can be creatively employed in your dishes for that extra bite.

Chinese haute cuisine has a list of amazing dishes featuring this delicacy, apart from the ’Eight Immortals Soup’ mentioned above:

Sichuan dish ‘Push the curtain to look at the moon’ (推纱望月) showcases the use of the stinkhorn as a visual feature in  a soup. The trick is to create a rich flavoursome broth that is clear as water and the flavours are completedly absorbed in the fungus. 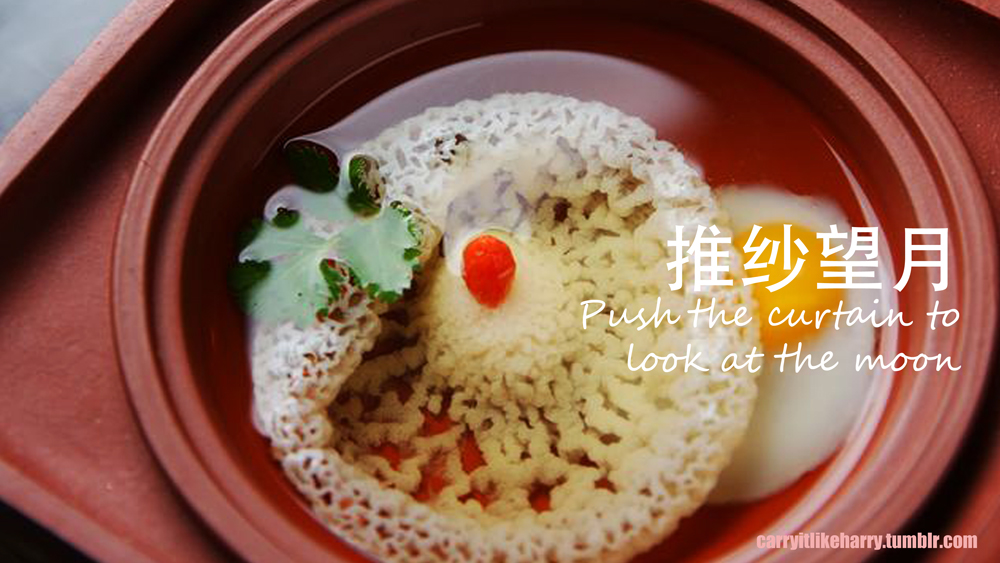 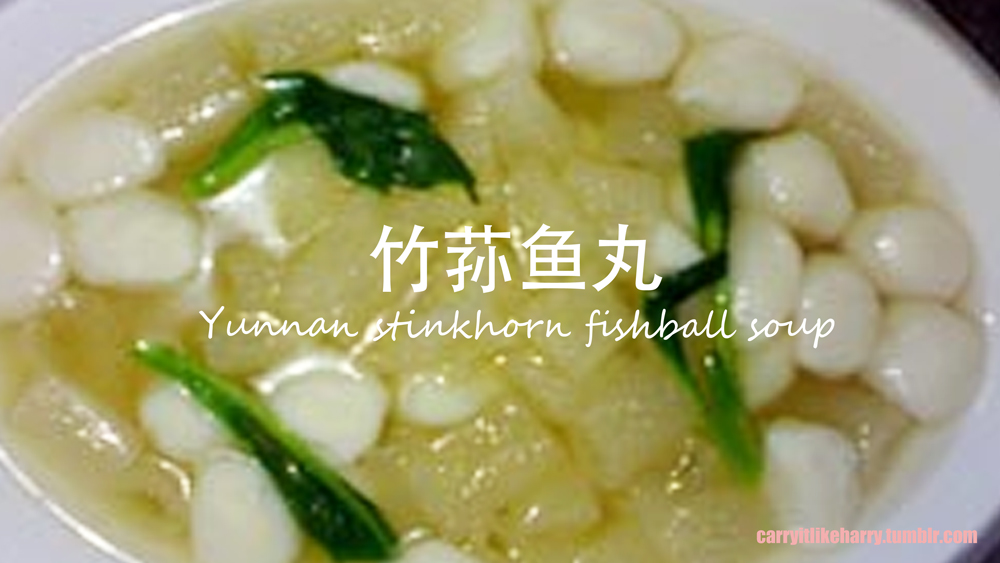 Last but not last, China’s seafood specialists – the Cantonese stuff stinkhorns with minced pork and pork, then braised them in a thick savour sauce in a dish called ‘braised stuffed stinkhorns’  (鮮蝦釀竹笙). This dish delivers an ultimate palatal punch of crunch and taste because of the crunchy texture of both fungus and the prawns (the Cantonese have a secret way of making sea prawns extremely crunchy). 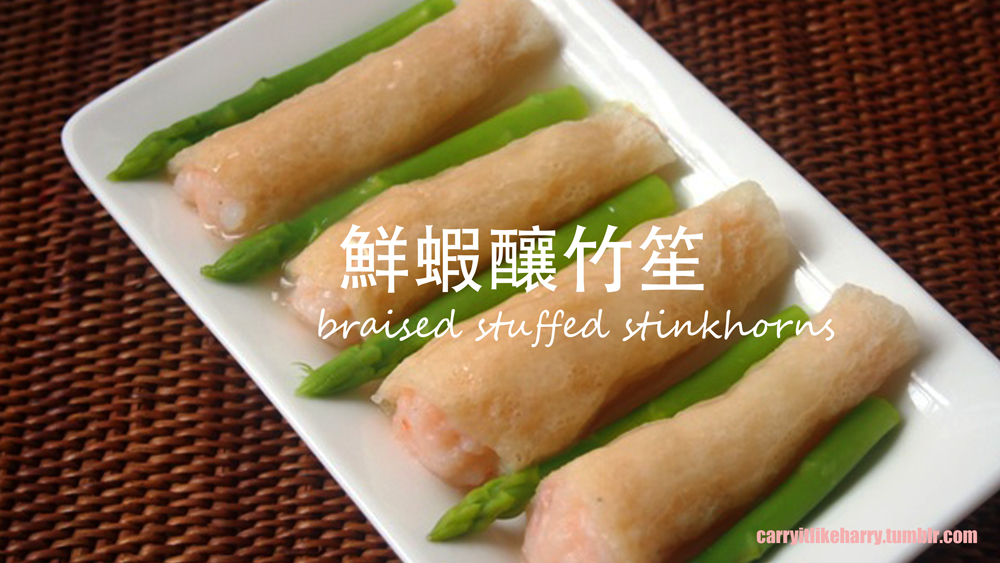 How to cook it

Now that you know all about the stinkhorn, it’s time to try them out and let me know if it really improves your sex life!

Meet Black Goji Berries 黑枸杞: The Most Powerful Anti-Oxidant in the World

Beauty is everywhere. You just have to look. . . .

Get into the back alleys if you want to experience

Rhodes has more than 4000 years of history, waitin

The Old Medieval City of Rhodes is a UNESCO world

Have you checked out my latest post on 7 things to