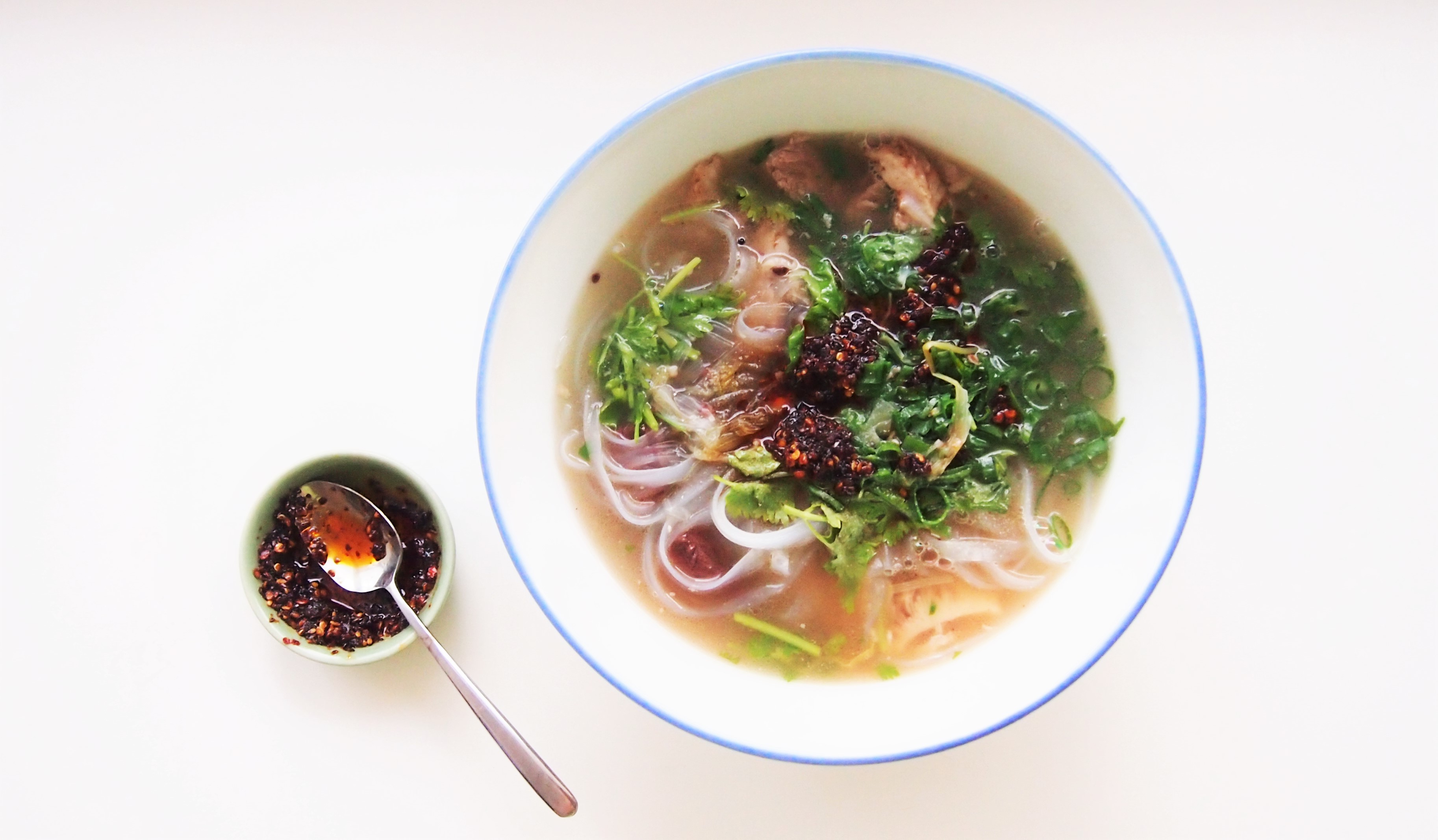 Yangzage 羊杂割 is a street food common in the northern region of Shanxi 山西 in China. It consists of lamb offal and lamb meat, served in a creamy broth with some cellophane noodles. It is a common breakfast food, eaten together with a biscuit-like breadroll called Ganmianbing 干面饼. Shanxi borders (inner) Mongolia, looking at the recipe below, you will see that the dish represents the cultural fusion of Han and Mongolian cultures.

According to legend, the dish was specifically developed for the mother of Kublai Khan (reigned AD1260-1294; grandson of Genghis Khan). Kublai Khan was the founder of the Chinese Yuan dynasty. He considered China his main base and ruled as a Chinese emperor, not a Mongol – which was why he adopted the Chinese court and language. And he placed a lot of trust in Chinese medicine, one of the reasons was due to his powerful mother.

On the way back to China from the Mongolian steppes, Kublai Khan’s mother the (Nestorian Christian) Empress Sorghaghtani Beki fell ill in Shanxi. Local physician Xu Guozhen 许国桢 treated her back to health. Xu thus gained the trust of the Empress herself and rose to the rank of imperial doctor.

Back in those days, the court is ambulatory and the emperor’s court moved around with him. So did the imperial doctor and his family. Xu’s mother, Han, noticed that it was a great pity that the Mongols ate only the lamb but threw the innards away. She created a dish, combining the offal and the meat, and served it to the Empress. The Empress loved it, and gave it the name ’Yangzalao’ 羊杂酪 – meaning ’mixed lamb cream’.

From then on, the dish began to be spread throughout Shanxi, from the 13th century until today.

There are three main varieties of Yangzage in Shanzi: the Northern variety in Datong 大同 (which is considered the roughest), the Central variety in Taiyuan 太原 (the most ‘medicinal’) and the Southern variety in Quwo 曲沃 (the most delicate in terms of taste and recipe). The recipe I am presenting is the Taiyuan-style Yangzage. The reason being that it has another story behind its recipe, which makes it also the most nutritious.

Han Chinese were once again ruled by northern invaders in the 17th century – this time by the Manchurians, who established the Qing dynasty in China. But the Han resistance was constantly active in plotting to drive out the invaders. One such anti-Manchurian resistance fighter was physician and herbalist Doctor Fu Shan 傅山. Fu practised in the city of Taiyuan 太原 , in Shanxi, and he left behind an array of writings on philosophy, medicine, poetry, Buddhism and is considered one of the six greatest thinkers of the Chinese Qing period.

Fu was also interested in medicinal cuisine. As a herbalist, he created the awkwardly-named dish – ’Tounao’ 头脑 (meaning “brain”) for his mother – still eaten in Taiyuan today as a tonic. It is made out of lamb, lamb bone marrow, wine residue, lotus roots, fried flour, shanyao, huangqi, liangjiang amongst other herbs. The fact that she lived till 84 (in the 17th century that was a big deal) attests to the potency of his recipe!

As a resistance fighter, Fu thought the inhabitants of Taiyuan should be as strong as possible to fight against the Manchurians. And he thought of a brilliant plan: because Taiyuan inhabitants all ate Yangzage for breakfast (they still do), he would put a tonic formula in the Yangzage to make them stronger. There was a popular Yangzage stall run by a man named Li. Fu passed his formula to Li who added the ingredients to his Yangzage recipe. Soon enough, Li’s business grew and the recipe spread and it became the variety of Yangzage eaten in Taiyuan today.

With this background, you must be quite intrigued by the recipe, plus this is the ONLY recipe of Yangzage written in English! 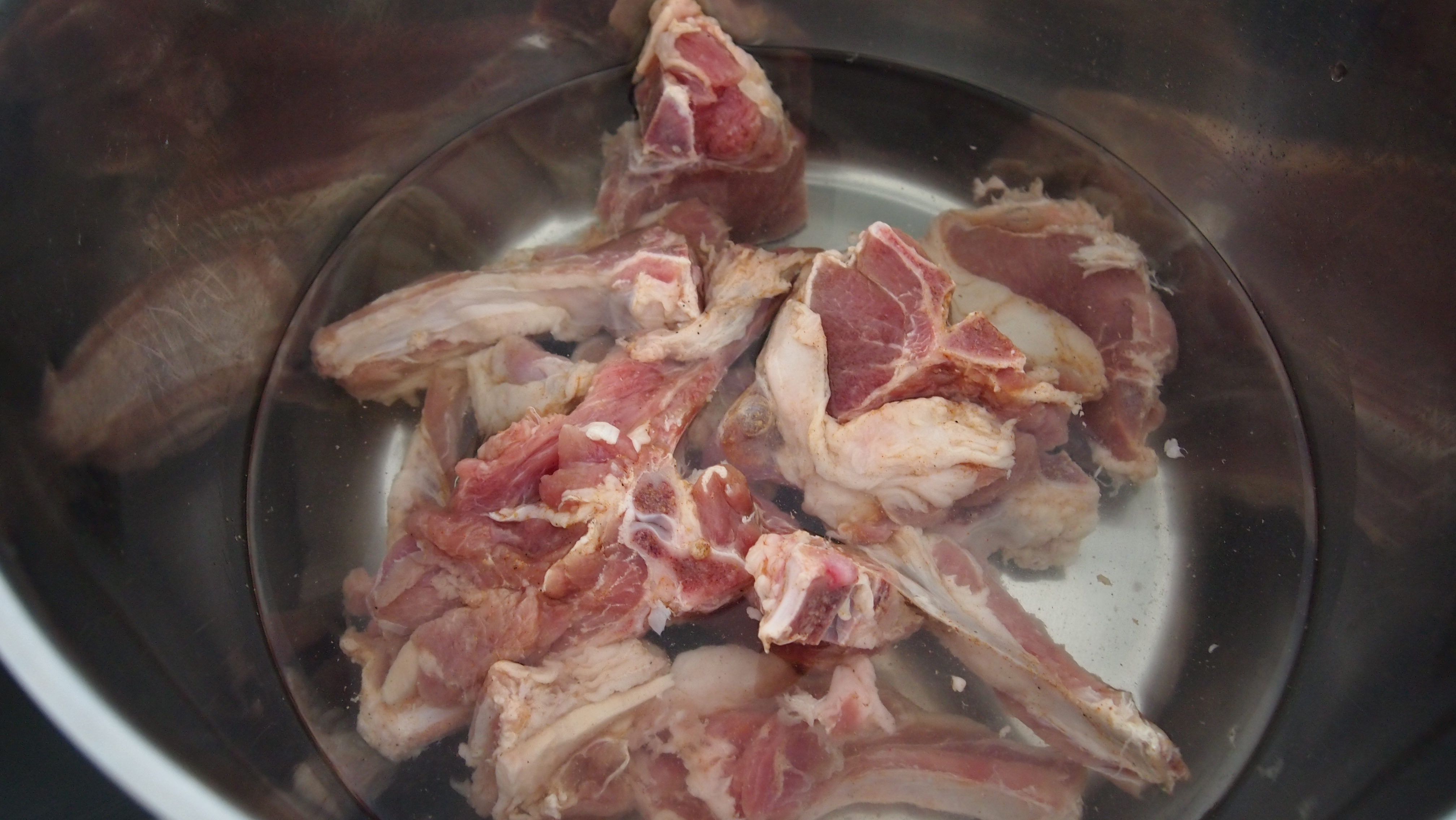 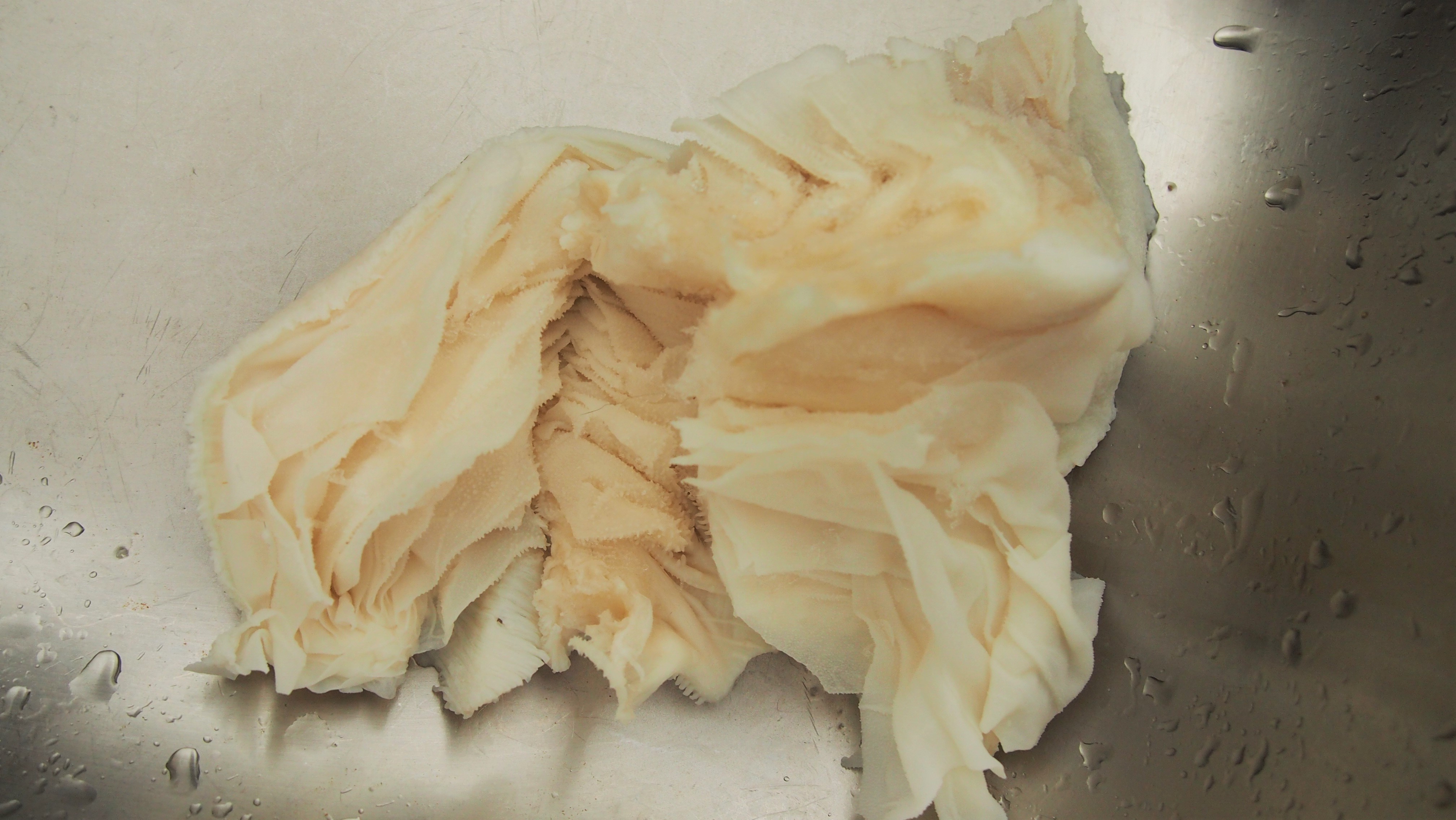 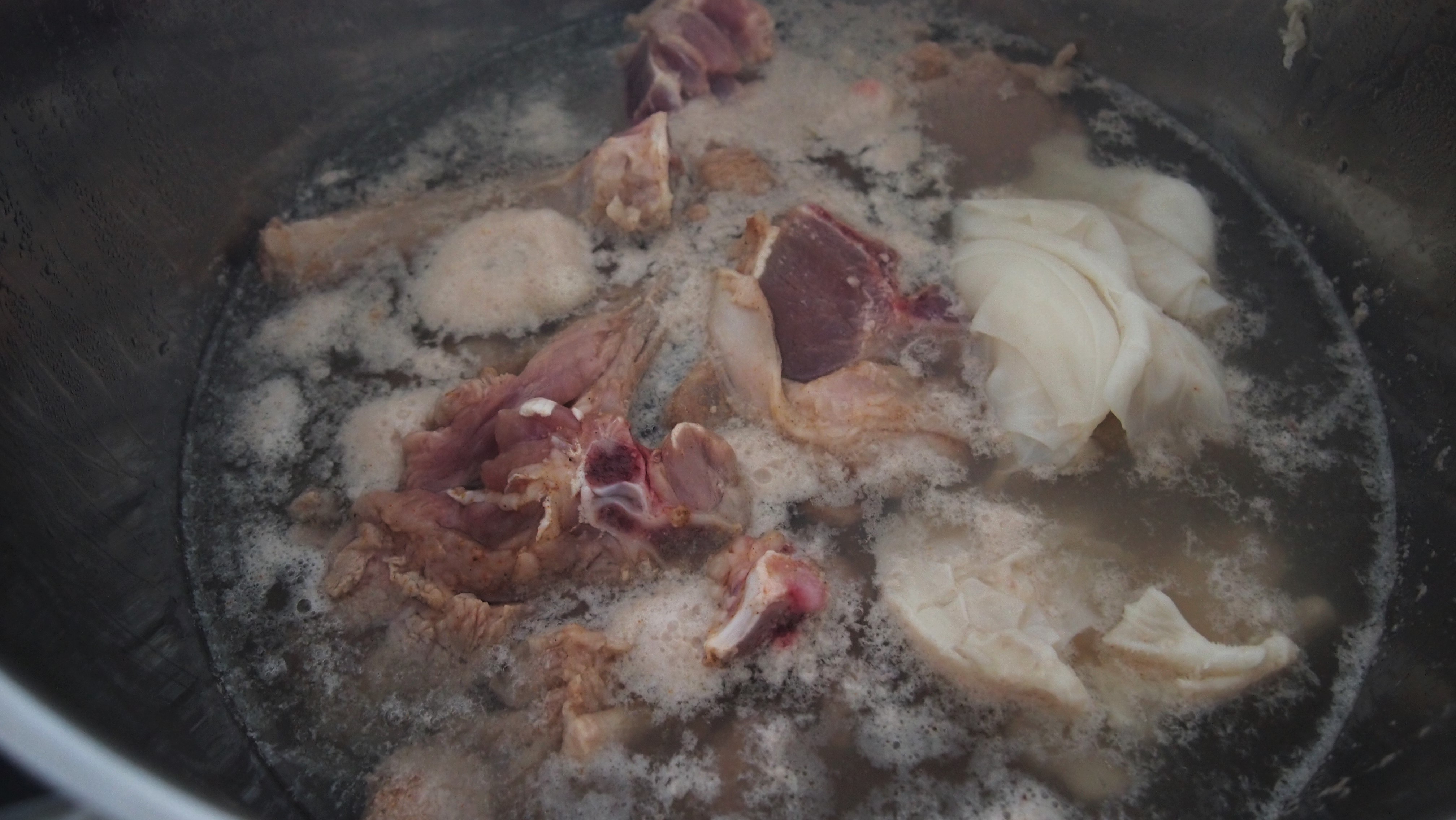 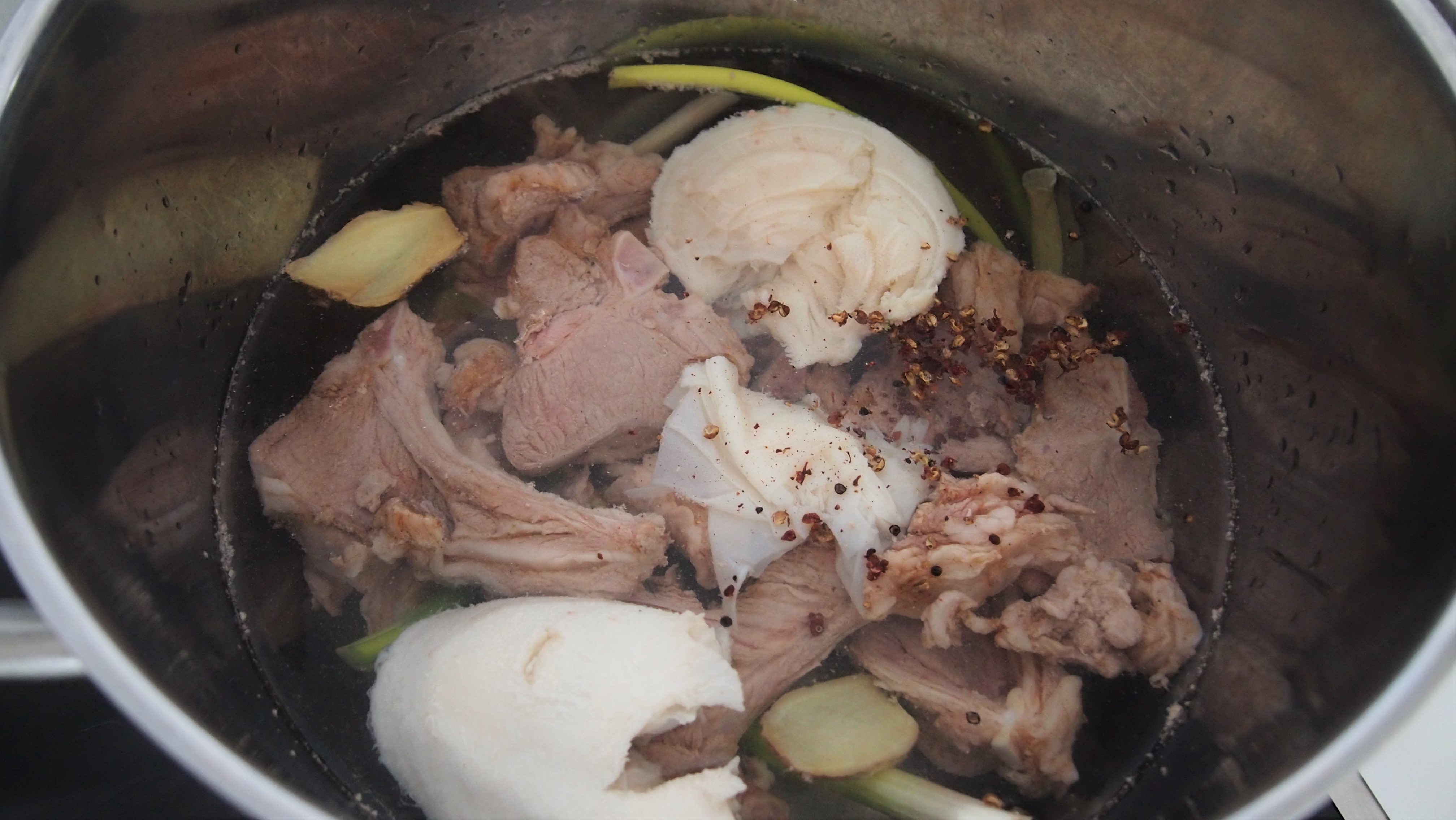 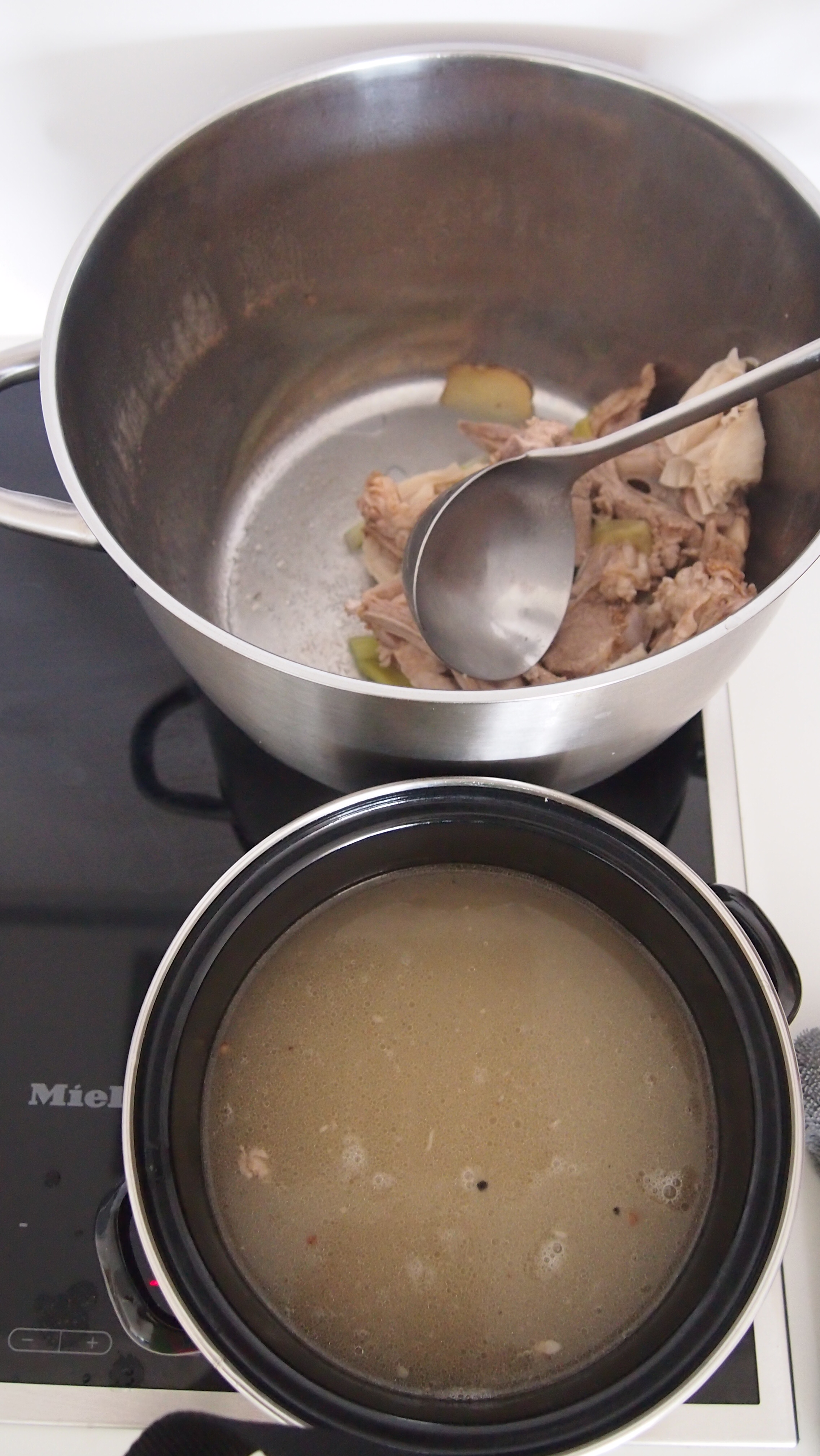 Step 2: The Making of Soup A 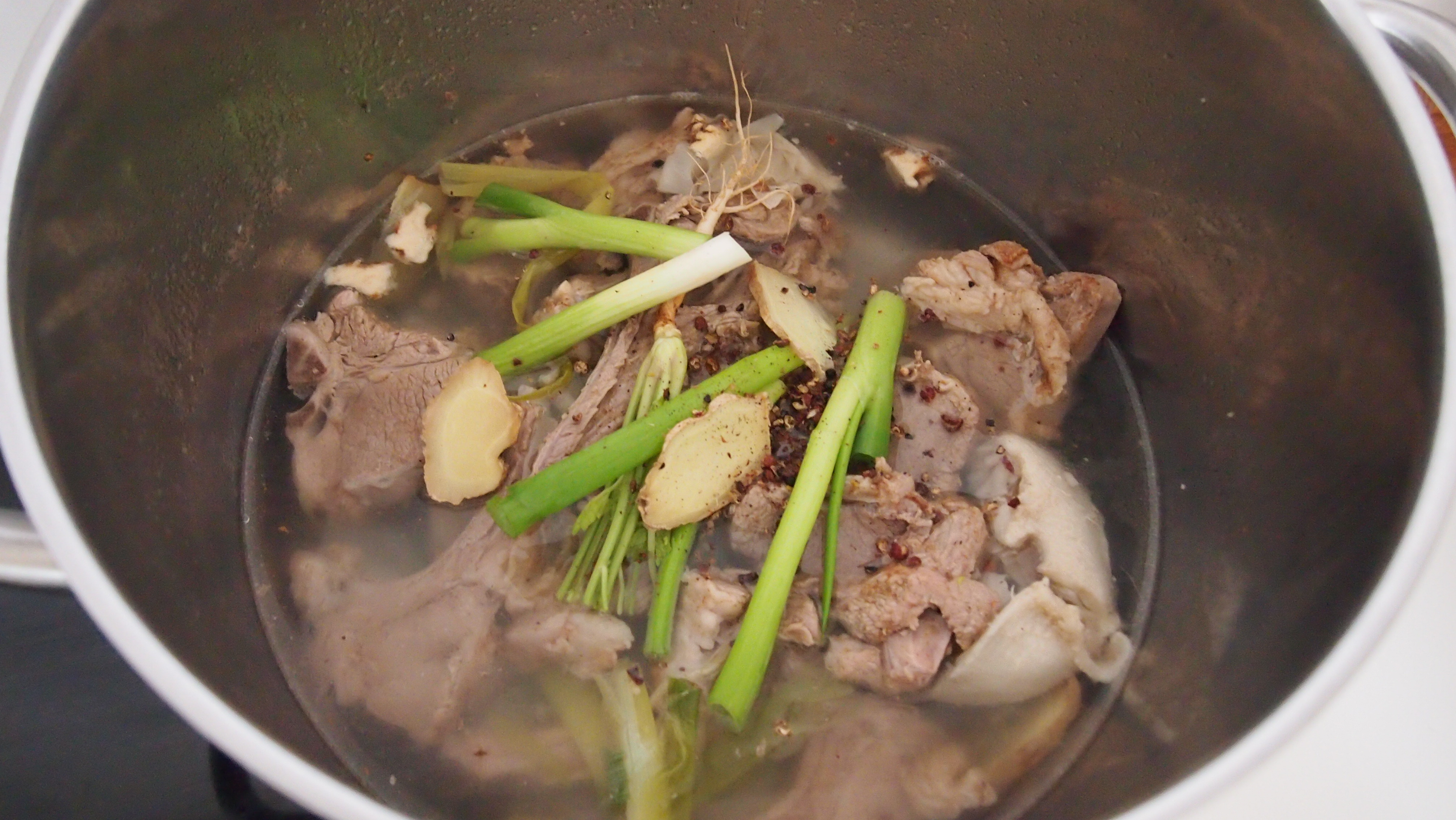 Step 3: The Making of Soup B 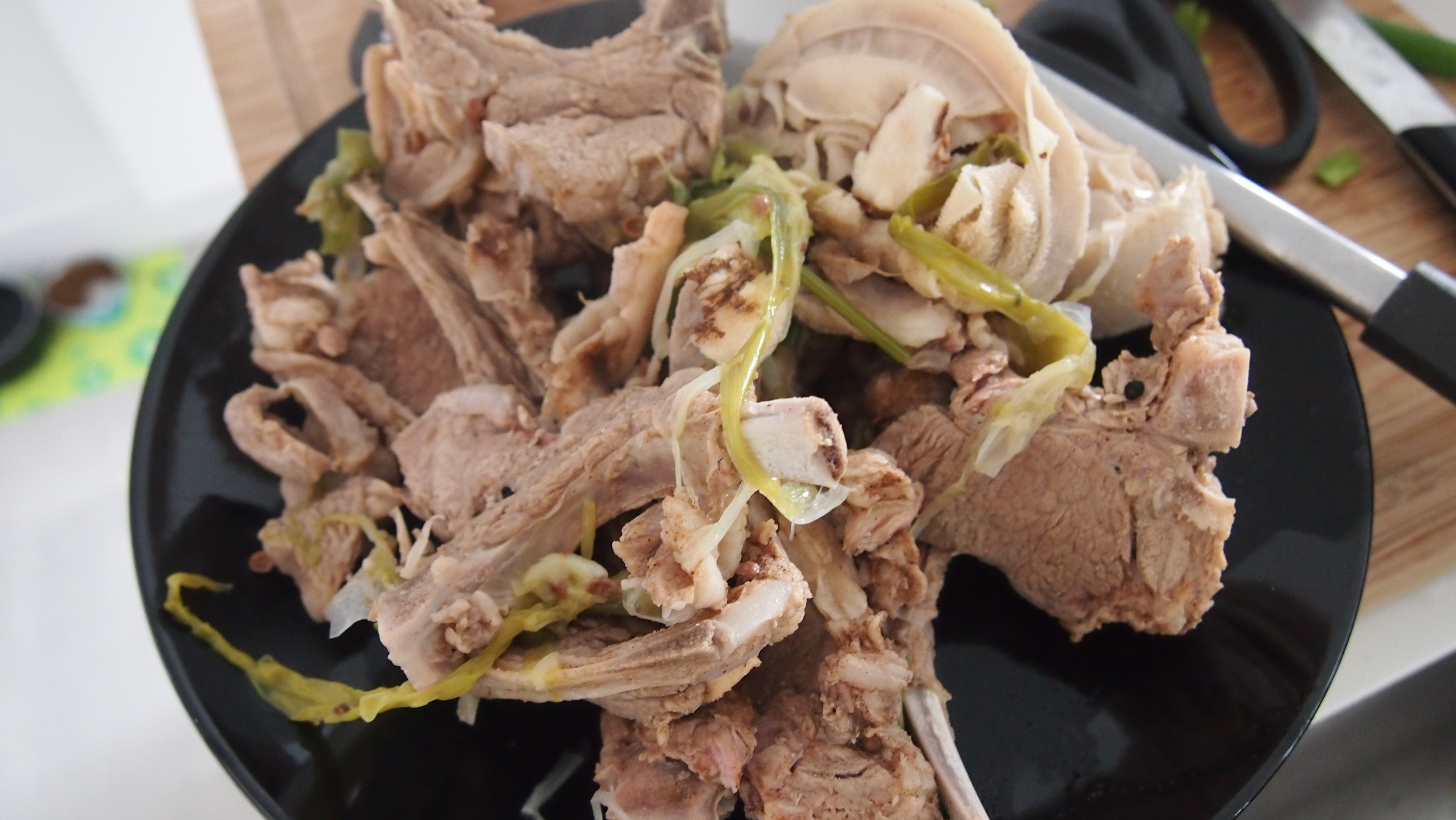 Step 4: The Making of Combined Soup A and B 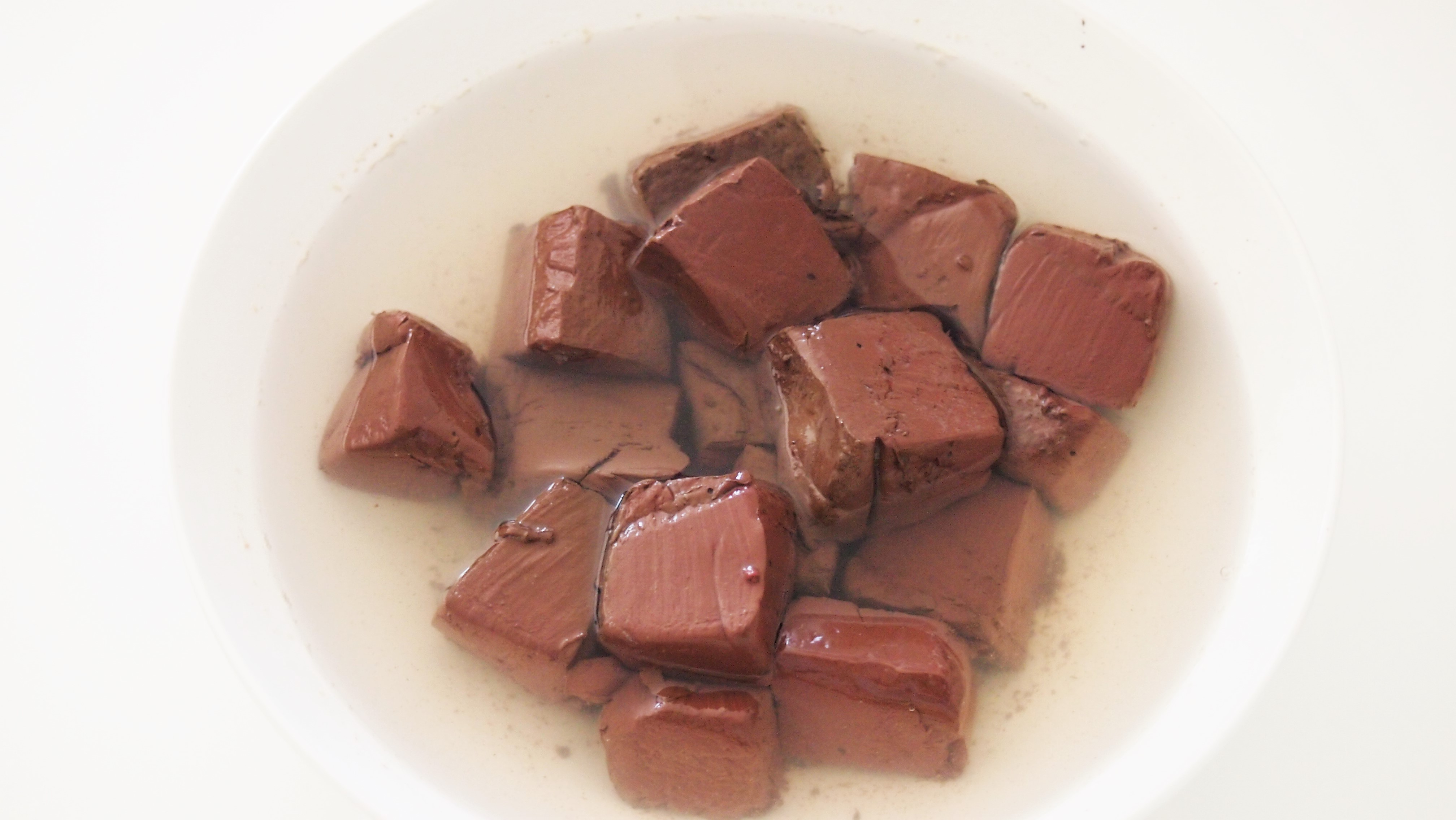 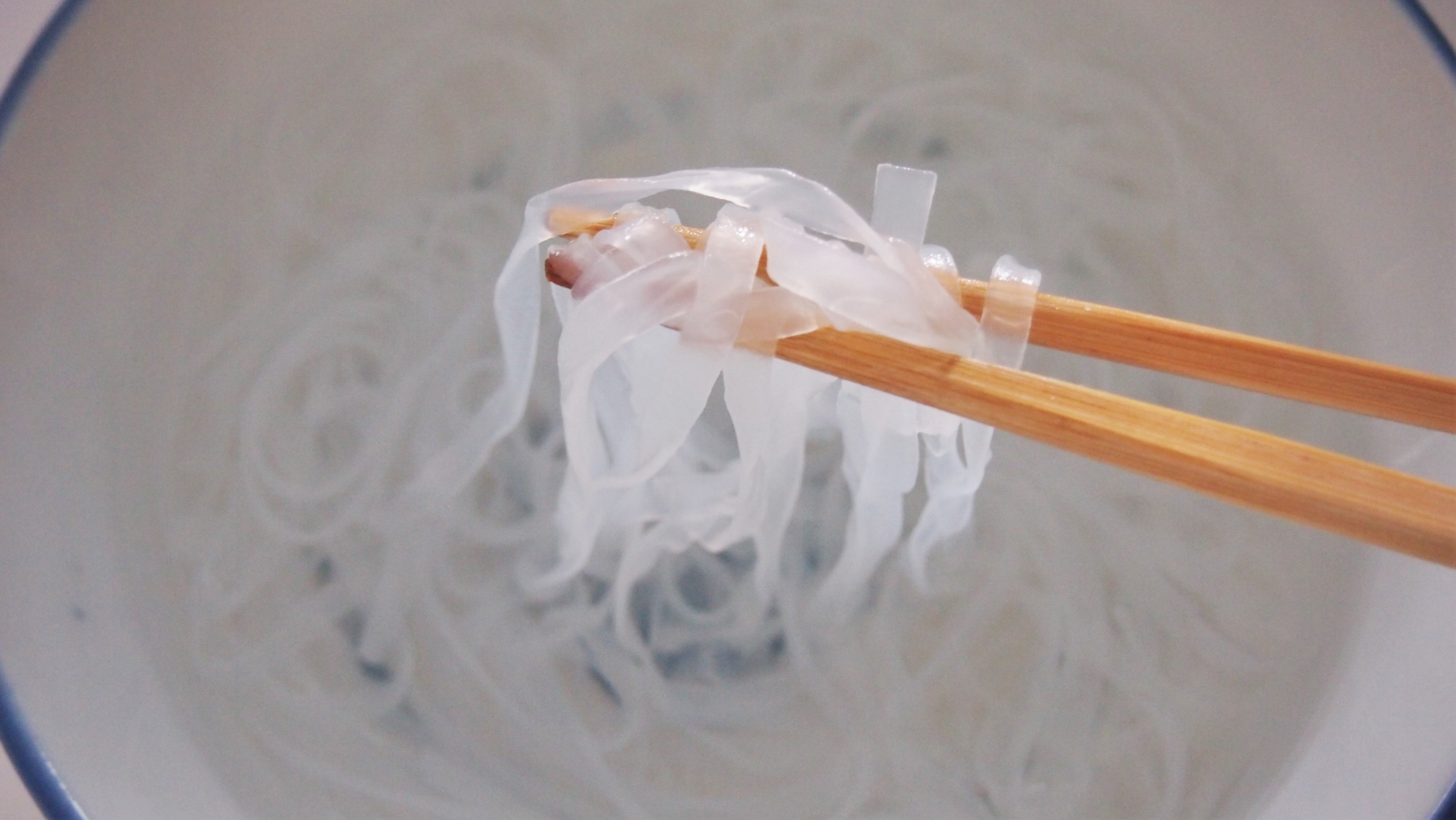 Step 5: Preparation of the ingredients (while Step 4 is simmering away) 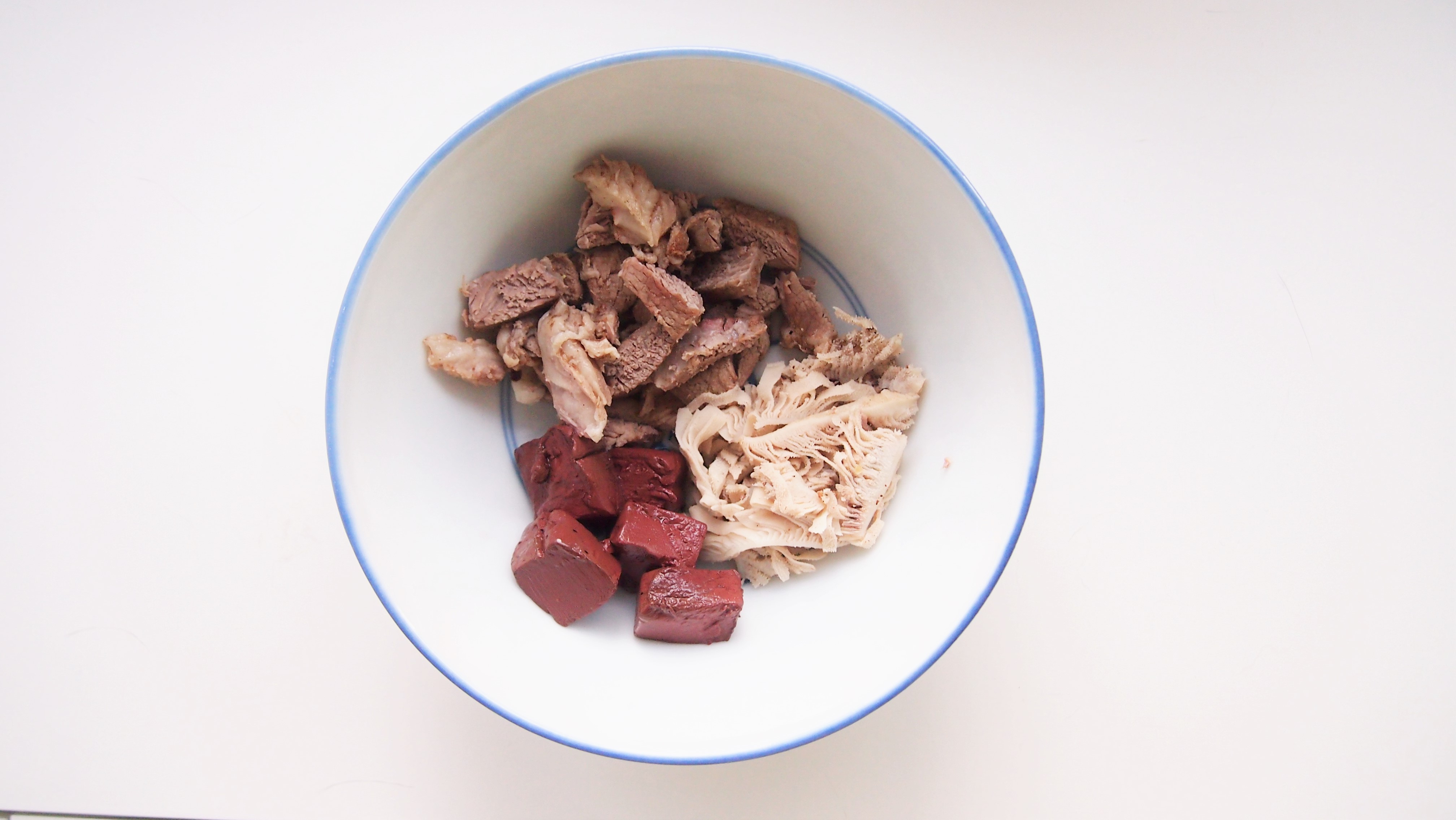 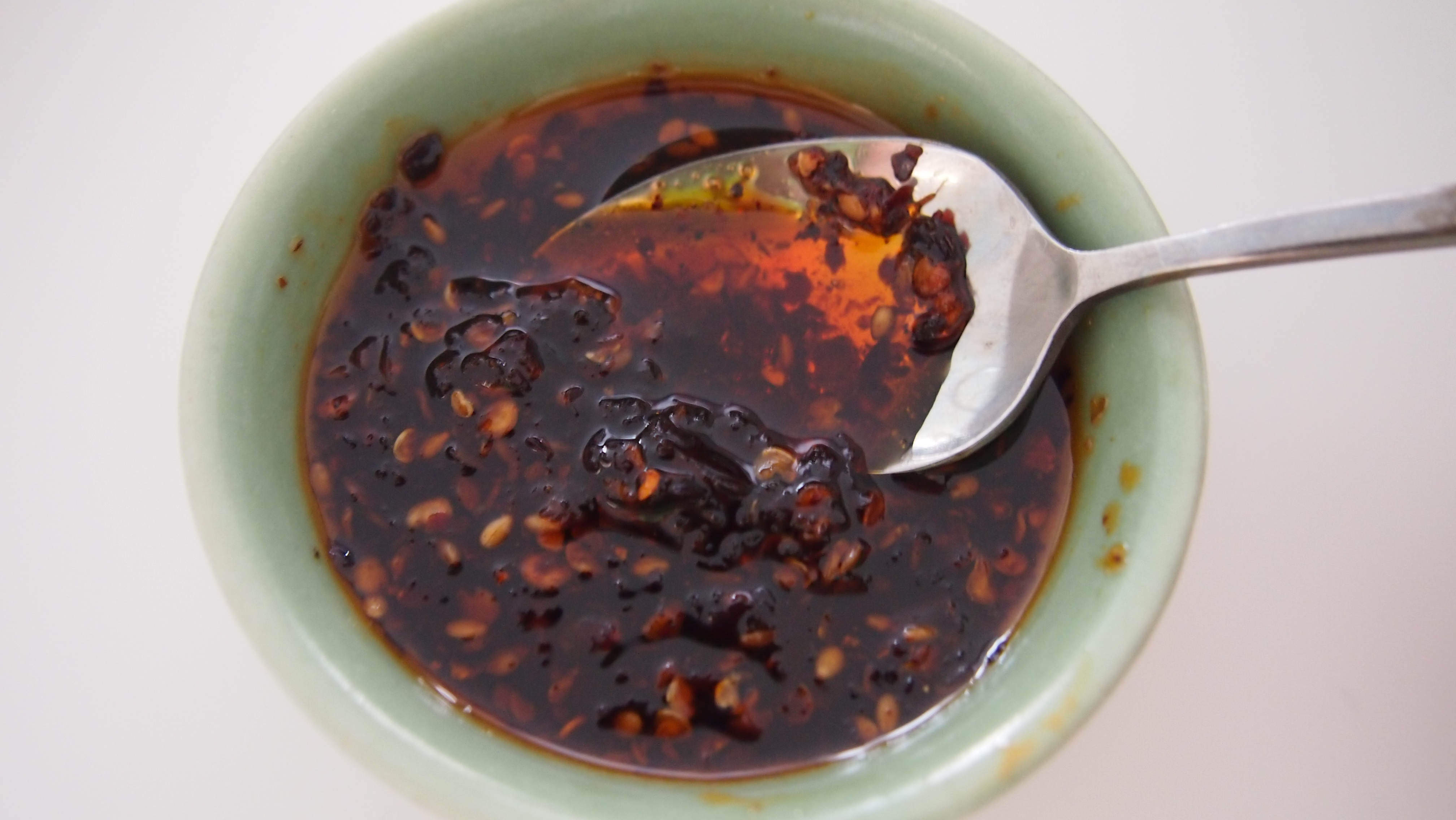 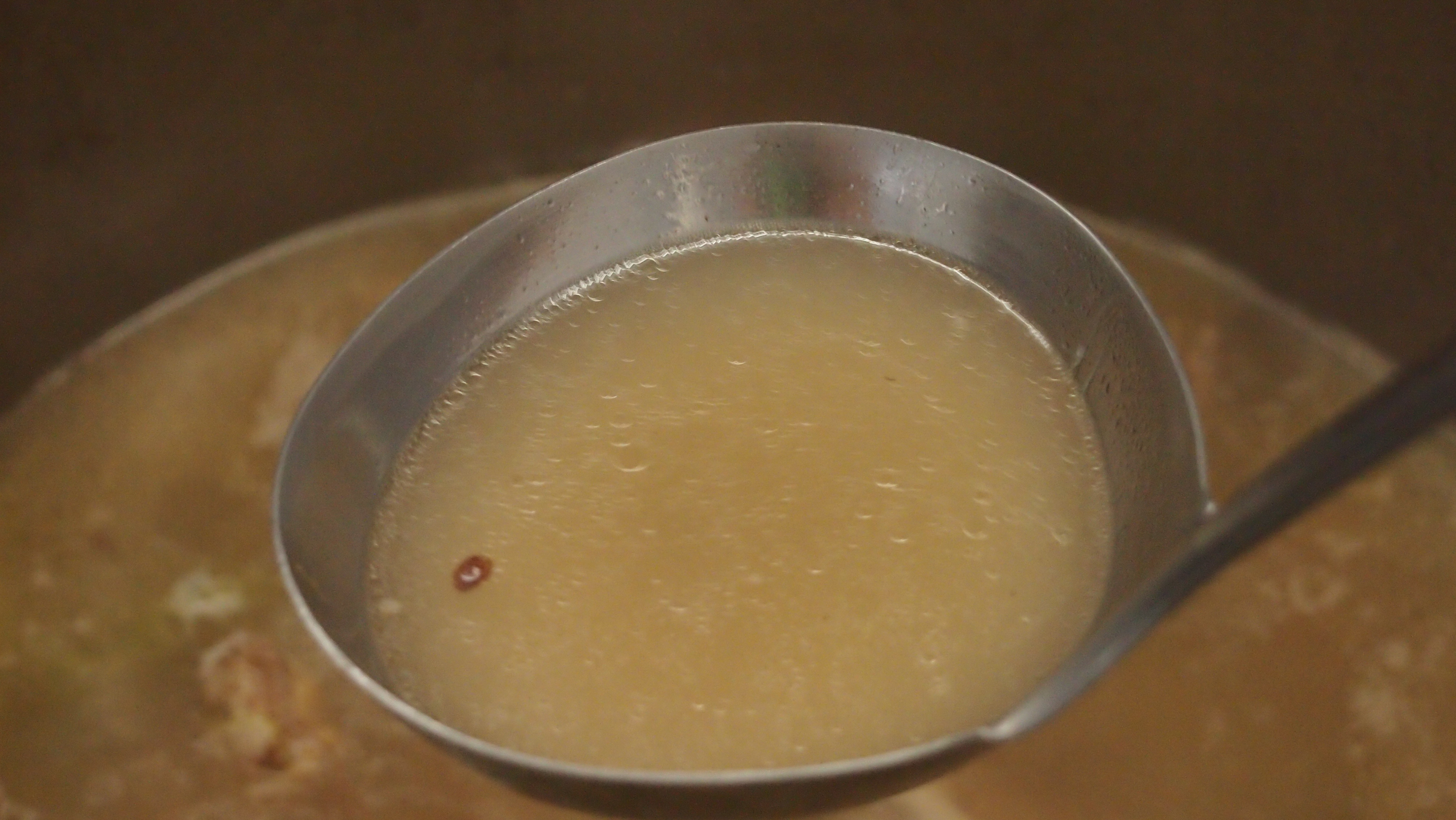 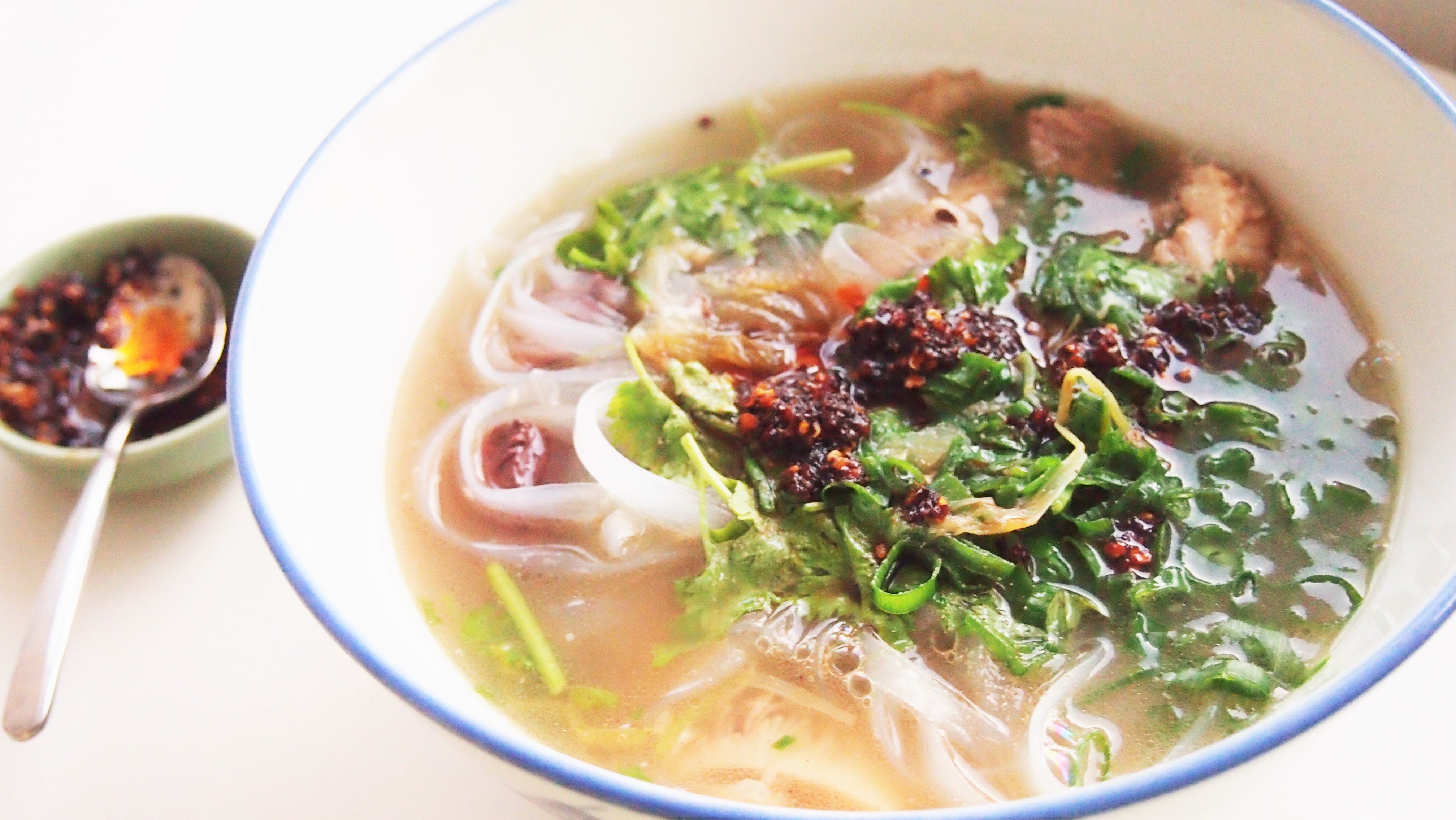