Yutsagwey 油炸粿: How the Chinese made a snack out of Macbeth and his Lady 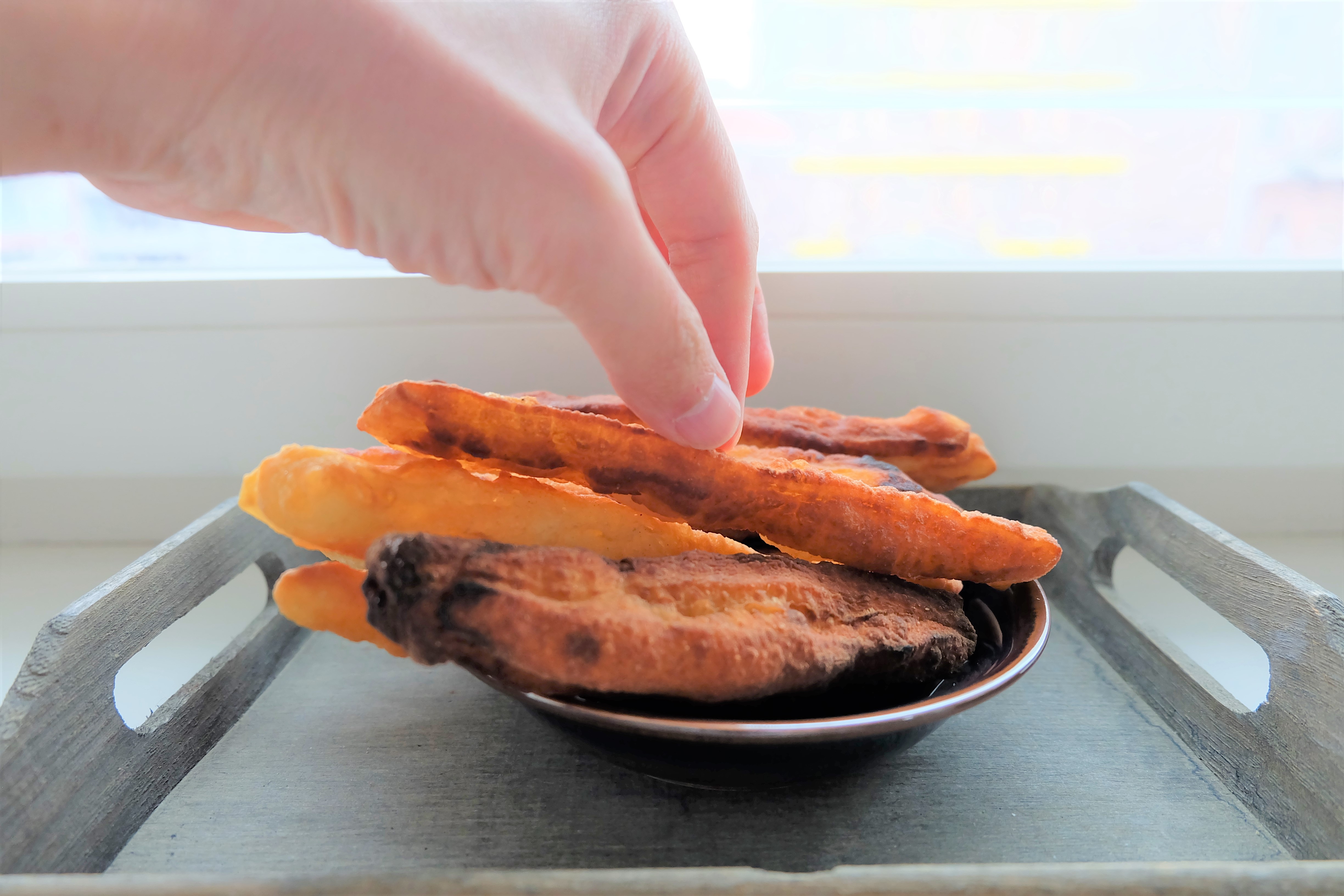 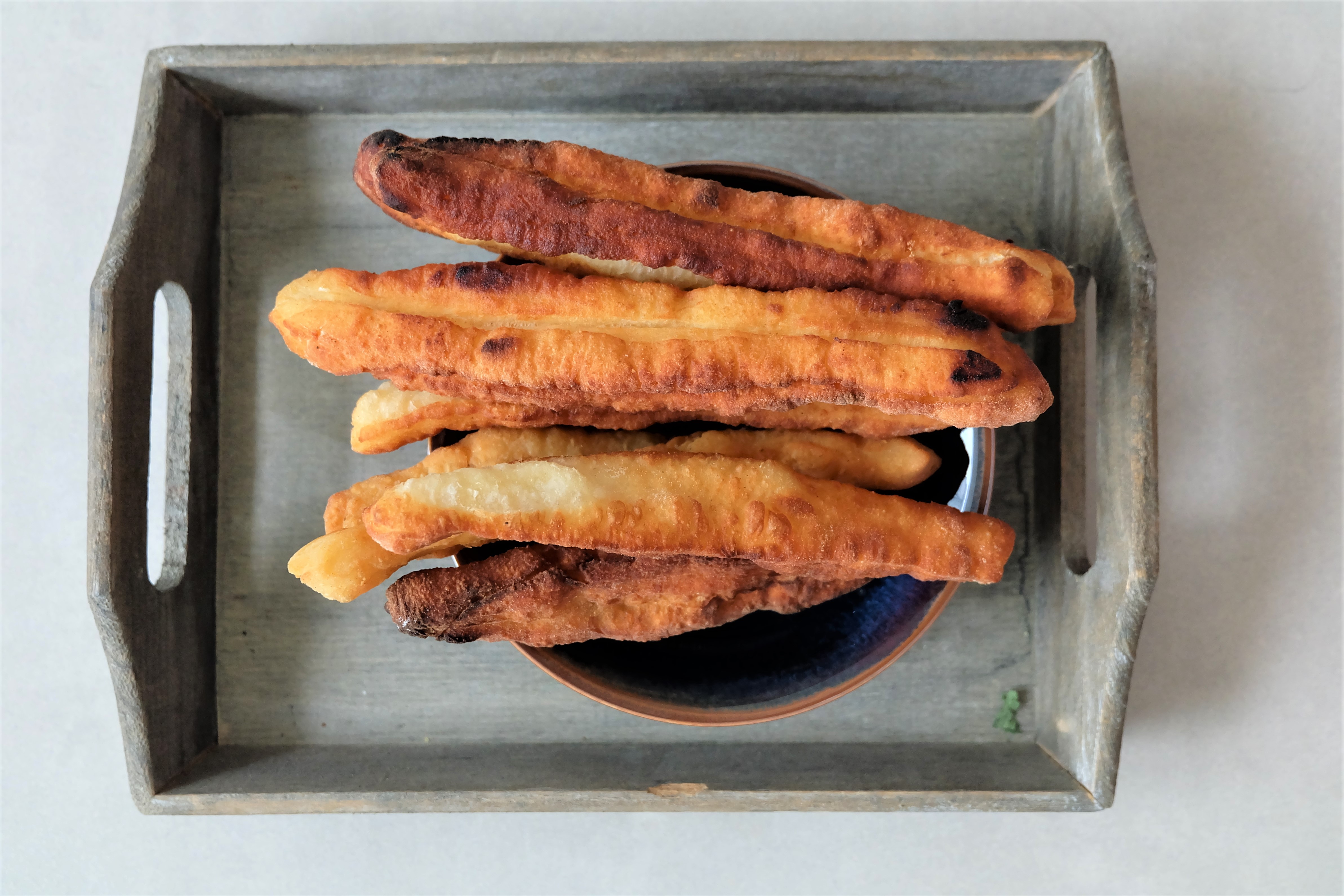 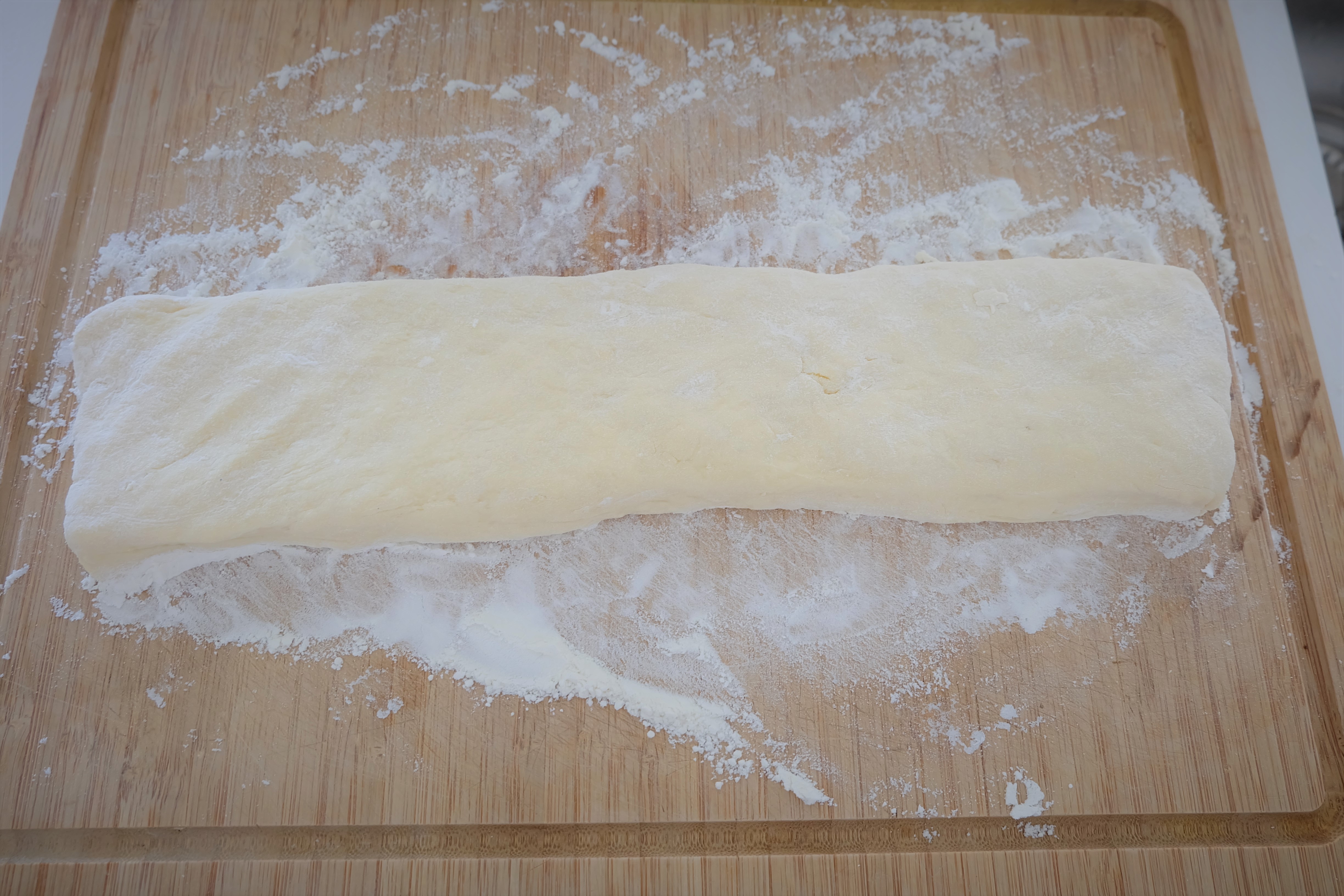 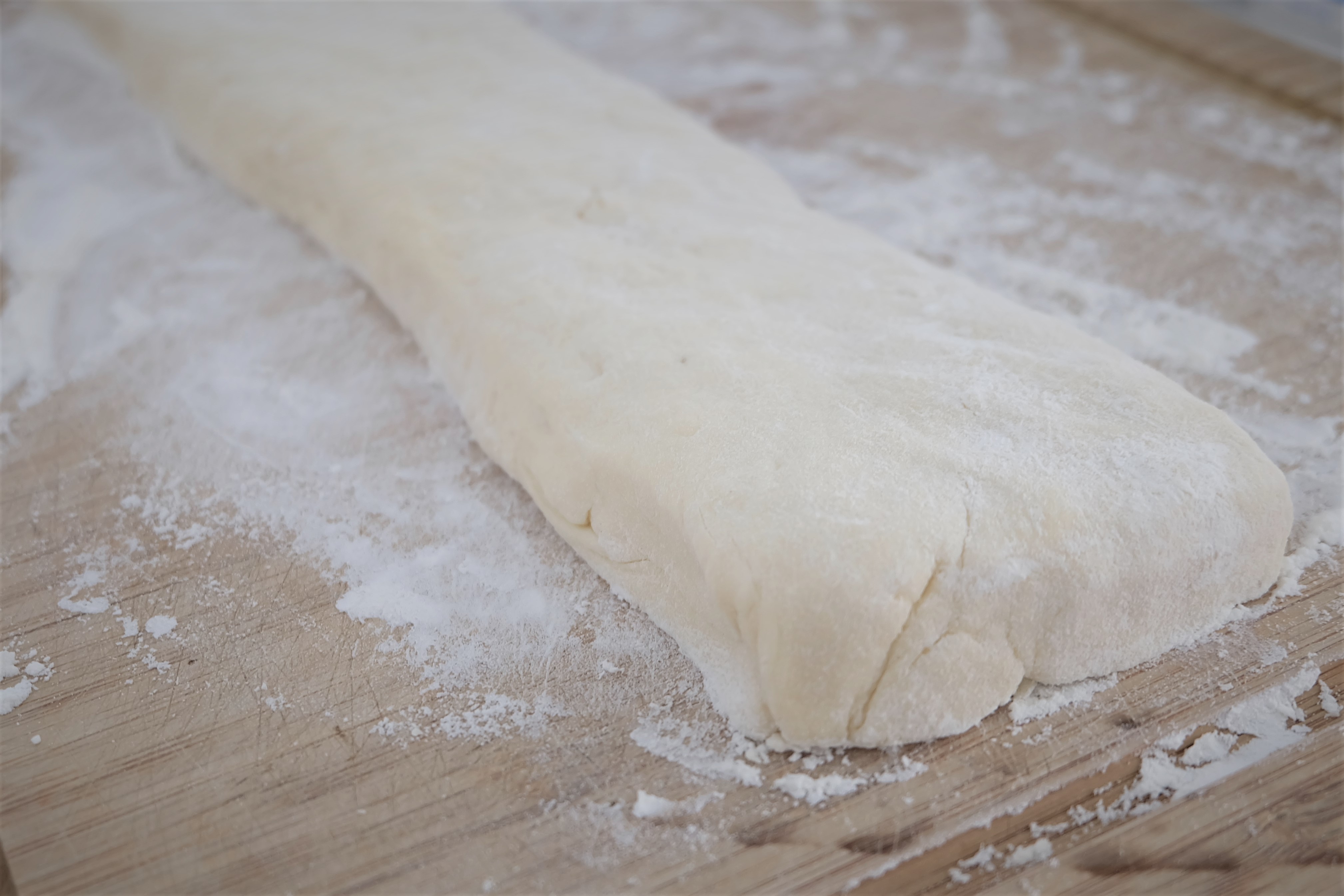 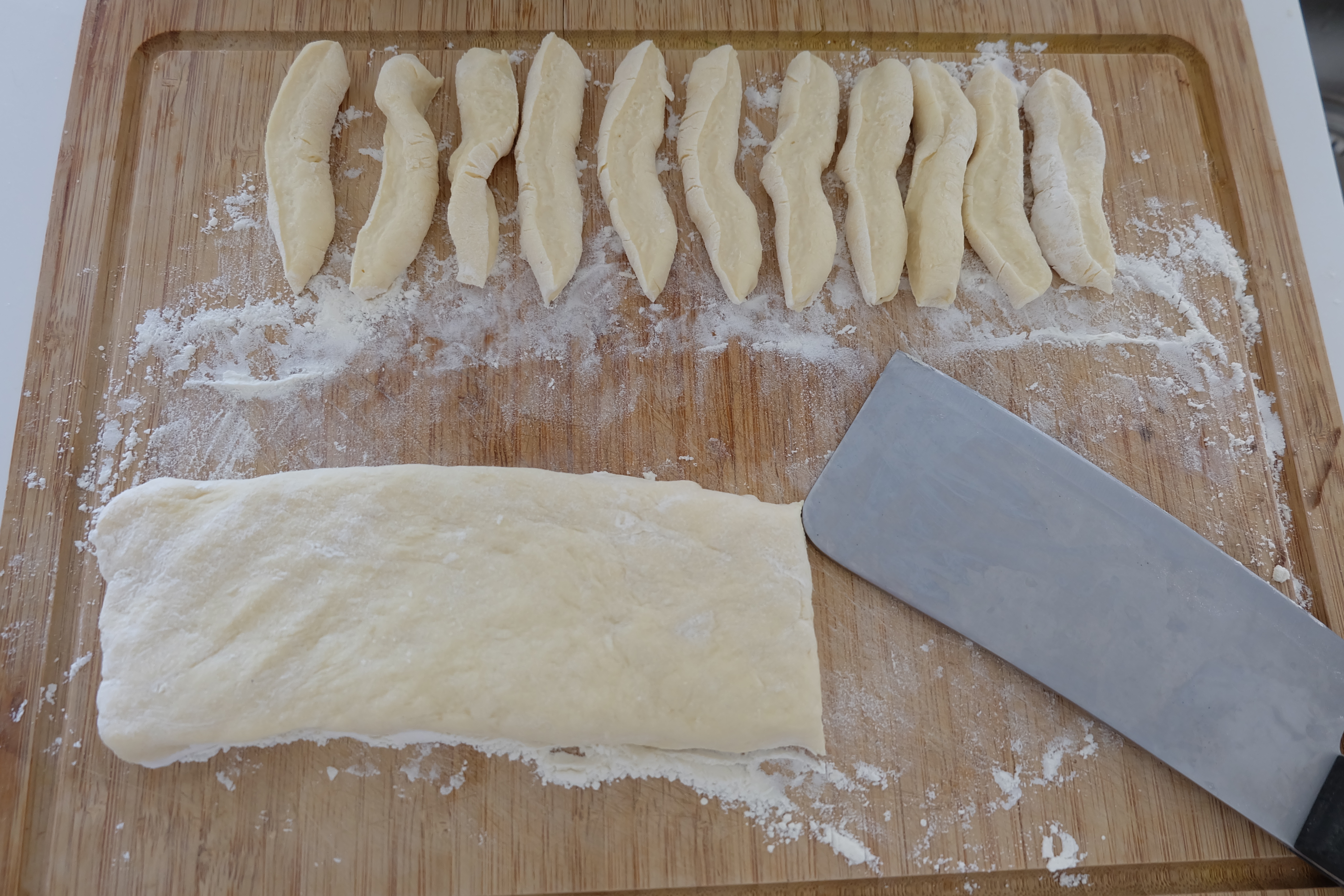 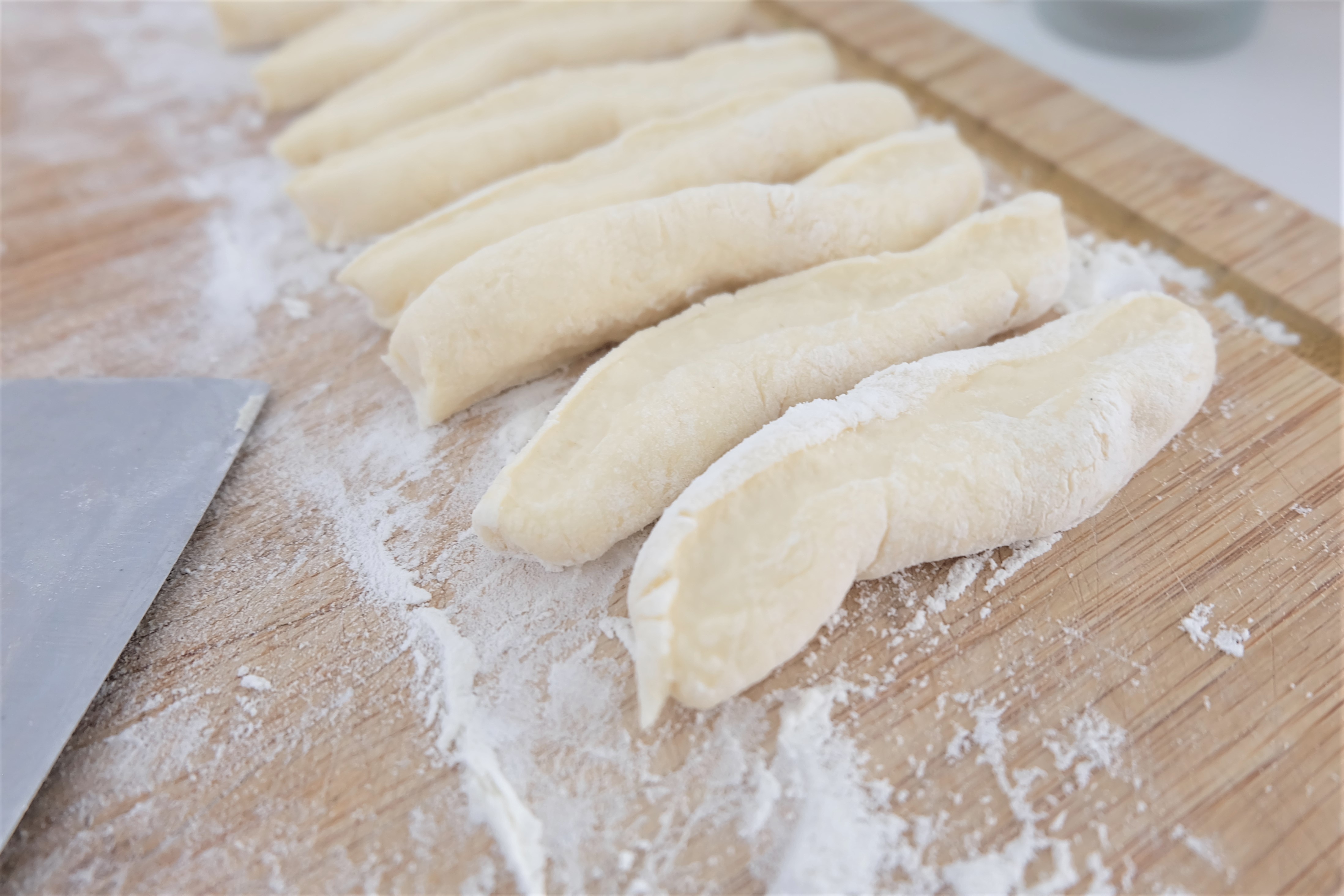 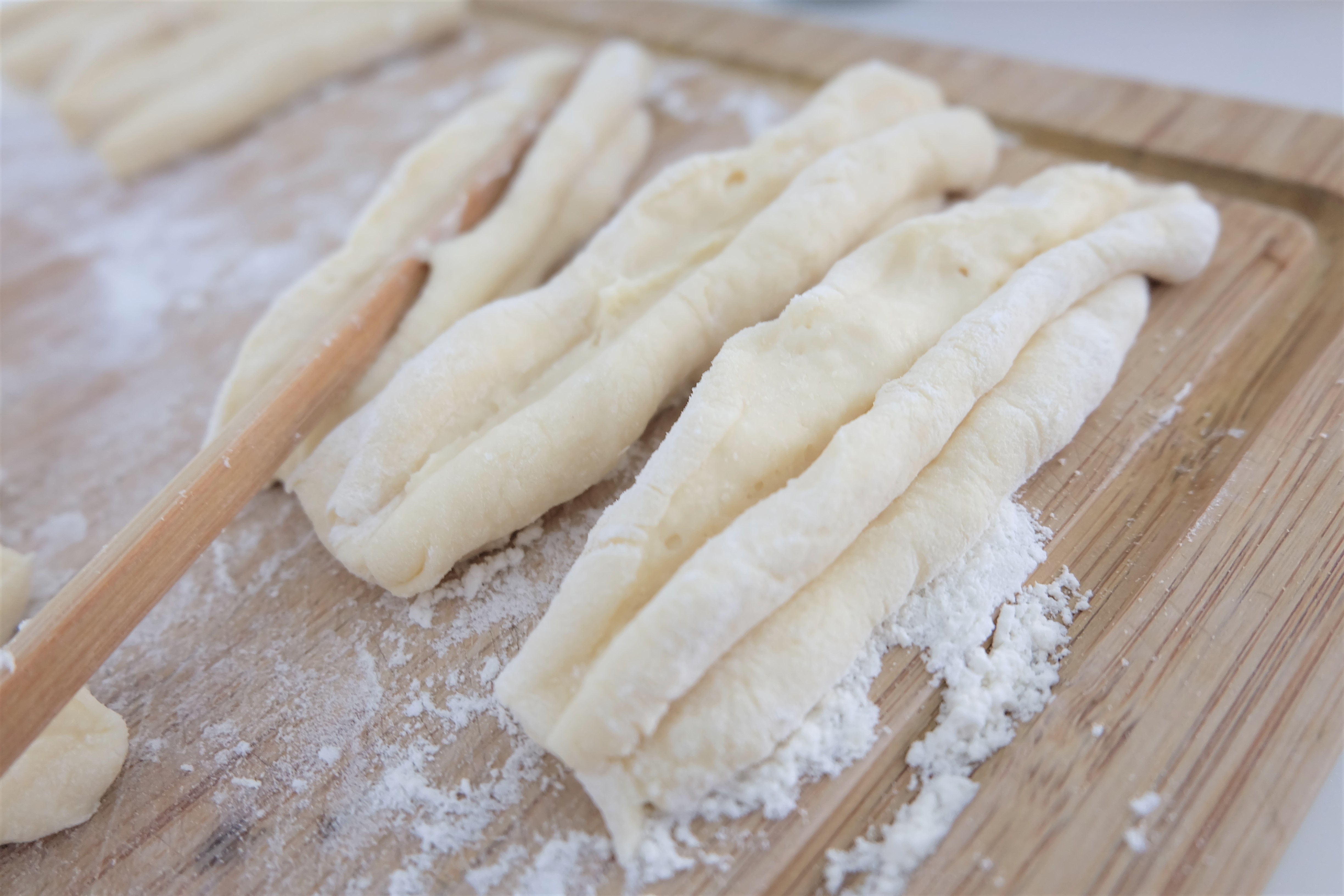 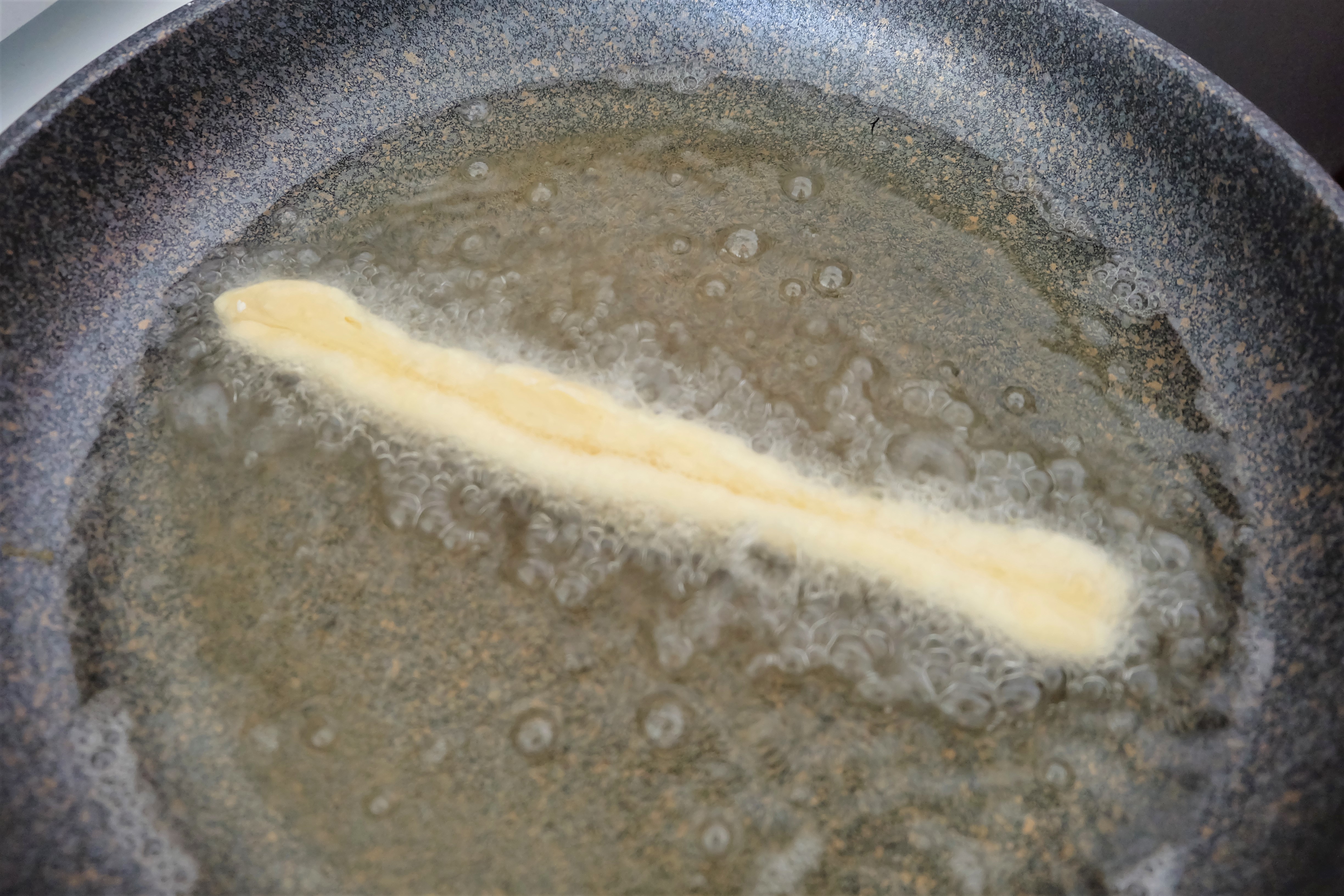 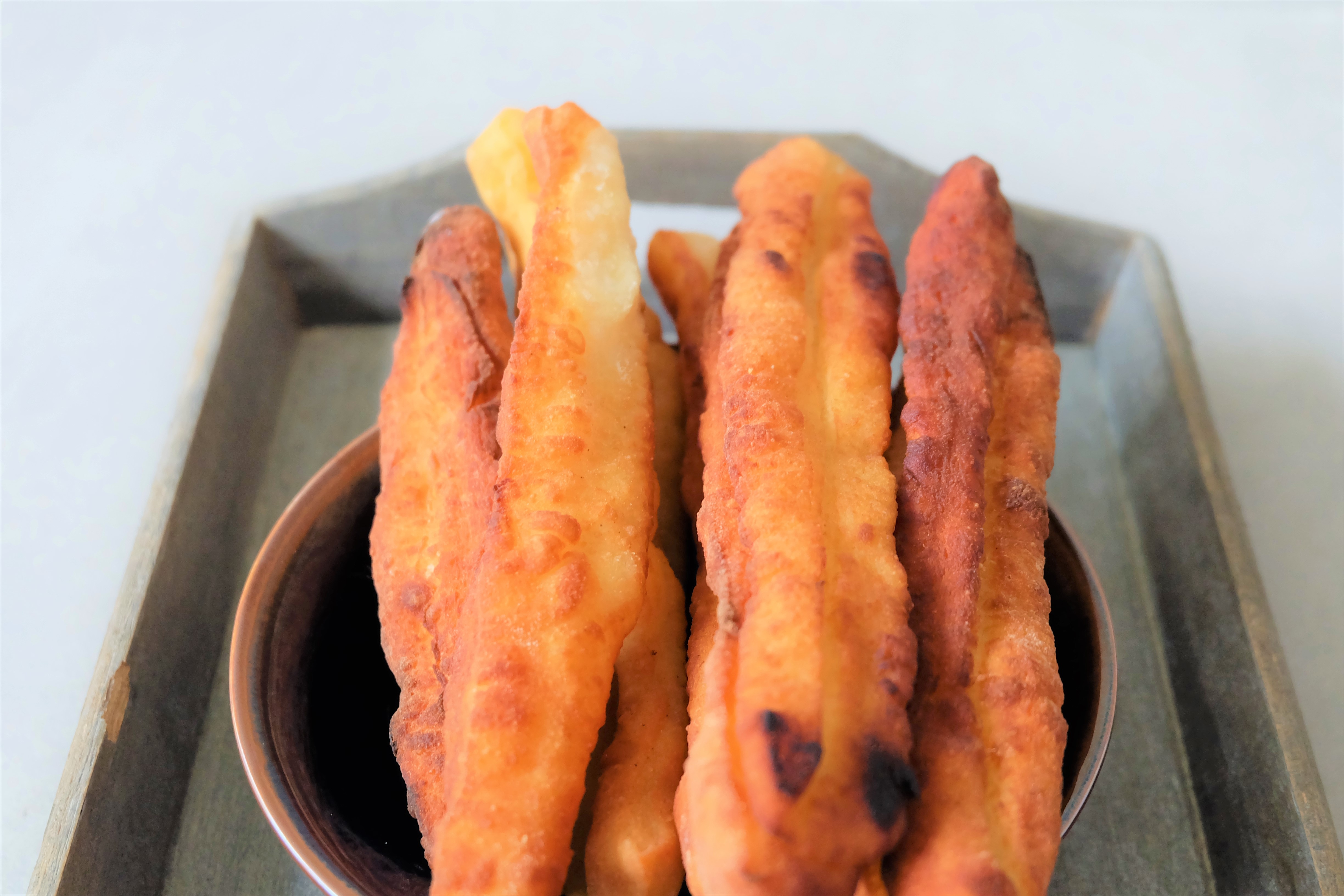 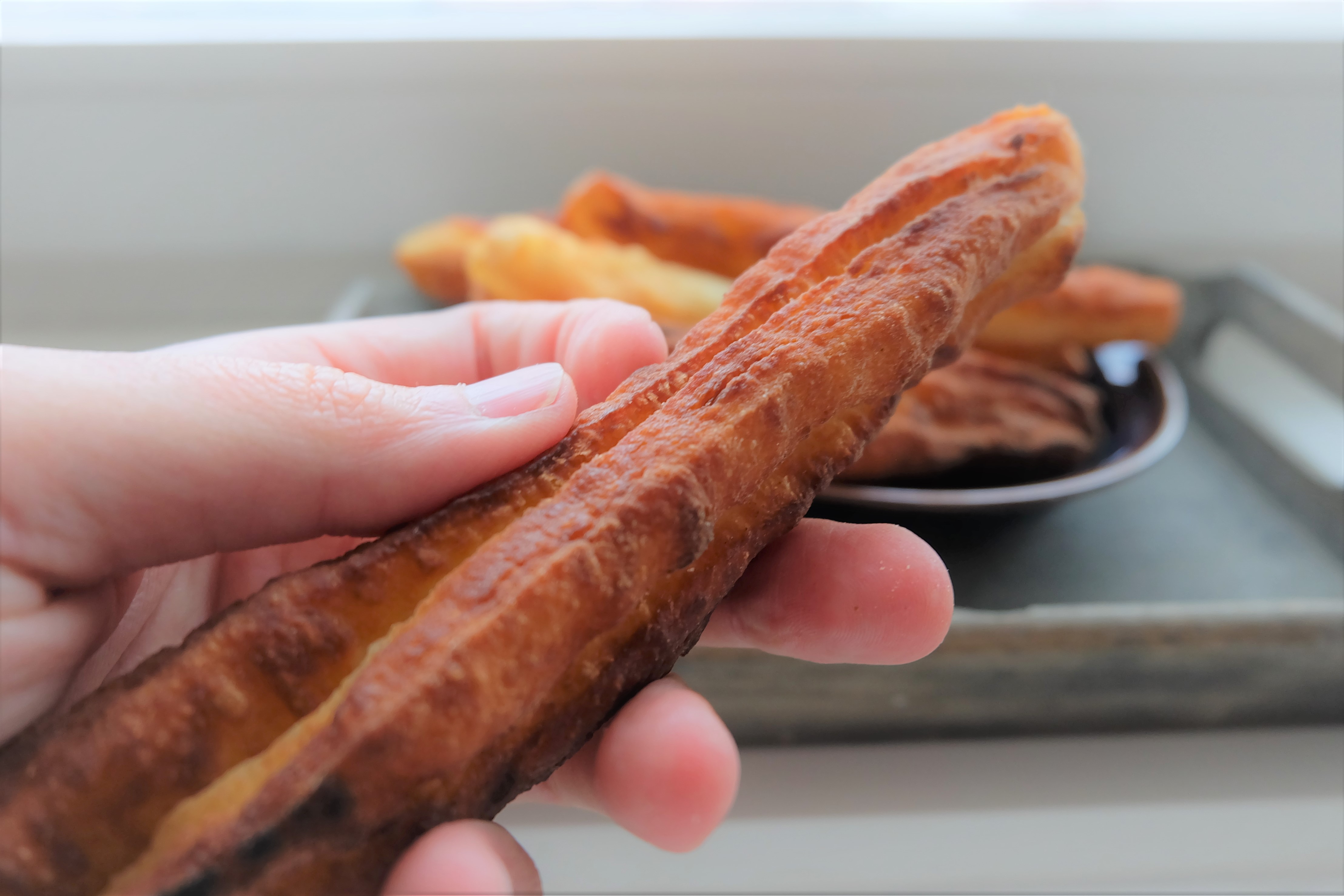 For most people in Southeastern China, from Shanghai to Taipei to Kowloon in Hongkong, Youtiao are a quintessential part of breakfast, together with doujiang (soya jelly) and douhuoshui (soya milk).

Known mostly by its Mandarin Chinese name Youtiao 油条/油條, Yutsagwey 油炸粿 makes most sense by its Hokkien name. But before we dive into the origins of this delicious southeastern Chinese snack, let us ponder over the macabre nature of its legend.

The Frying of the Villains

The year was 1142. General Yue Fei 岳飞/ 岳飛 was China’s national hero, who repeatedly defeated the invading Mongols. But his fame and righteousness drew the ire of the Premier, Qin Hui 秦桧. Instigated by his wife Wang 王氏, the Chinese Macbeth and Lady Macbeth plotted to kill Yue Fei. Eventually they succeeded in ripping him of his military control and the brutally murdering him in Hangzhou.

Through Qin Hui, land north of the River Huai 淮河 was ceded to Mongolia and every year China had to pay tribute, in exchange for peace. Both news shocked the whole of China.

In Hangzhou, near the area where General Yue Fei was murdered called Fengpoting 风波亭, a snack seller Wang Xiao-er 王小二 (a very common name, showing the legend was mostly likely fake) was incensed by the betrayal of Premier Qin Hui and his wife. He slapped two slabs of dough together back to back and fried them in oil. He then called his new invention Youzhahui ‘油炸桧’ – deep-fried Qin Hui (and his wife, presumably).

The deep-fried snack became extremely popular far and wide, because everyone wanted to devour the villain and his wife  even though they were afraid to do so openly. It was probably compounded by the fact that Macbeth and Lady Macbeth was utterly delicious!

Why its name was originally Hokkien

Some claim the legend is true because Youzhahui 油炸桧 – deep-fried (Premier Qin) Hui – sounded close to the snack’s weird Cantonese name Yautsaguaï 油炸鬼 – deep-fried ghost. And ‘ghost’ in Chinese culture can also mean a living person in the form of a villain, or in recent times a white person.

In Hokkien – the language of southern Fujian province – the word simply means ‘deep-fried dough’. Which is exactly what it is.

The other evidence is also the snack is predominantly eaten in southeastern China, reaching the rest of the country only in the past few centuries.

Etymologically speaking, it could very well be that Youtiao 油条/油條 or rather Yutsagueh 油炸粿 is originally a Hokkien (or ‘Minnan‘) food, eaten in Quanzhou, Xiamen and Taiwan. 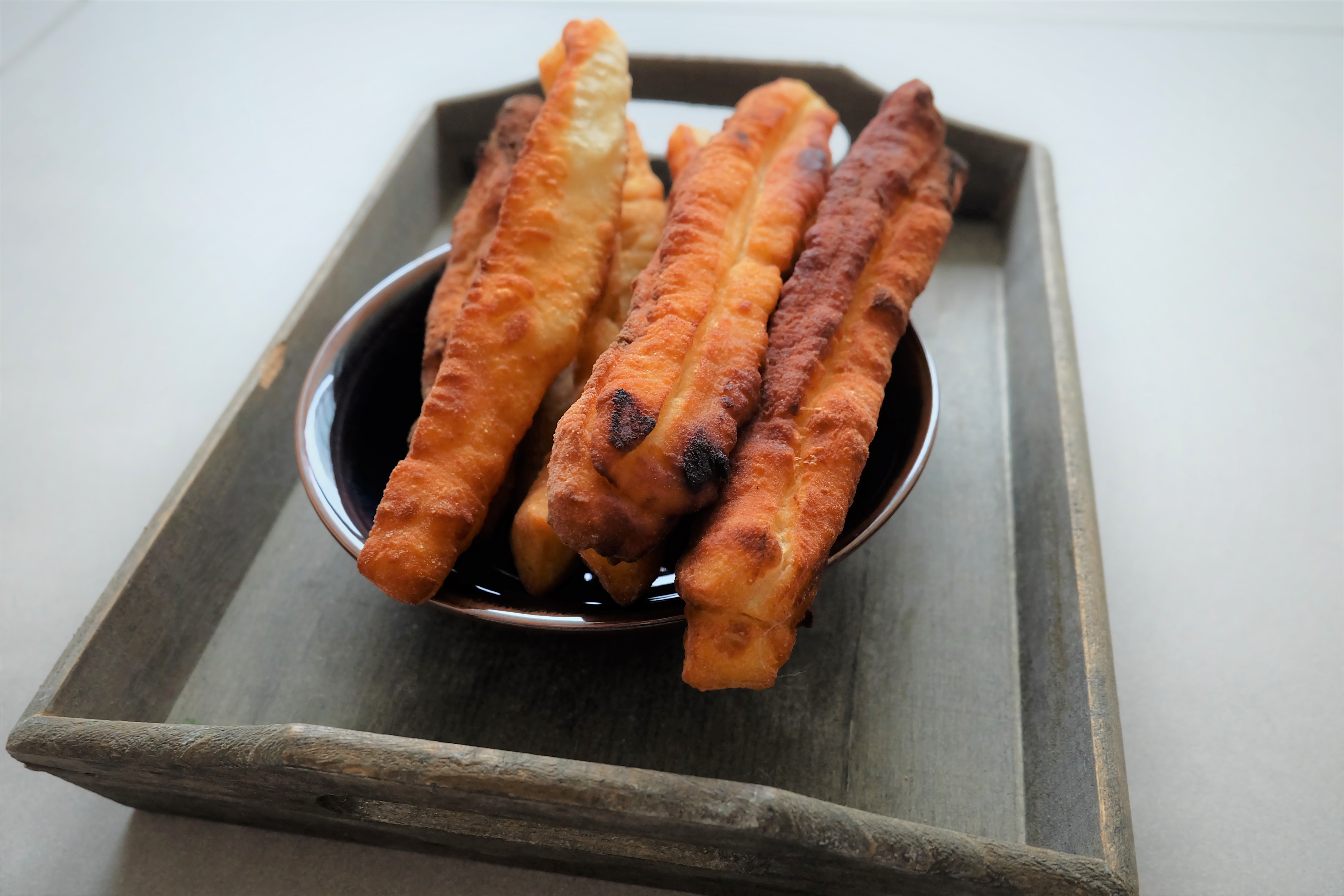 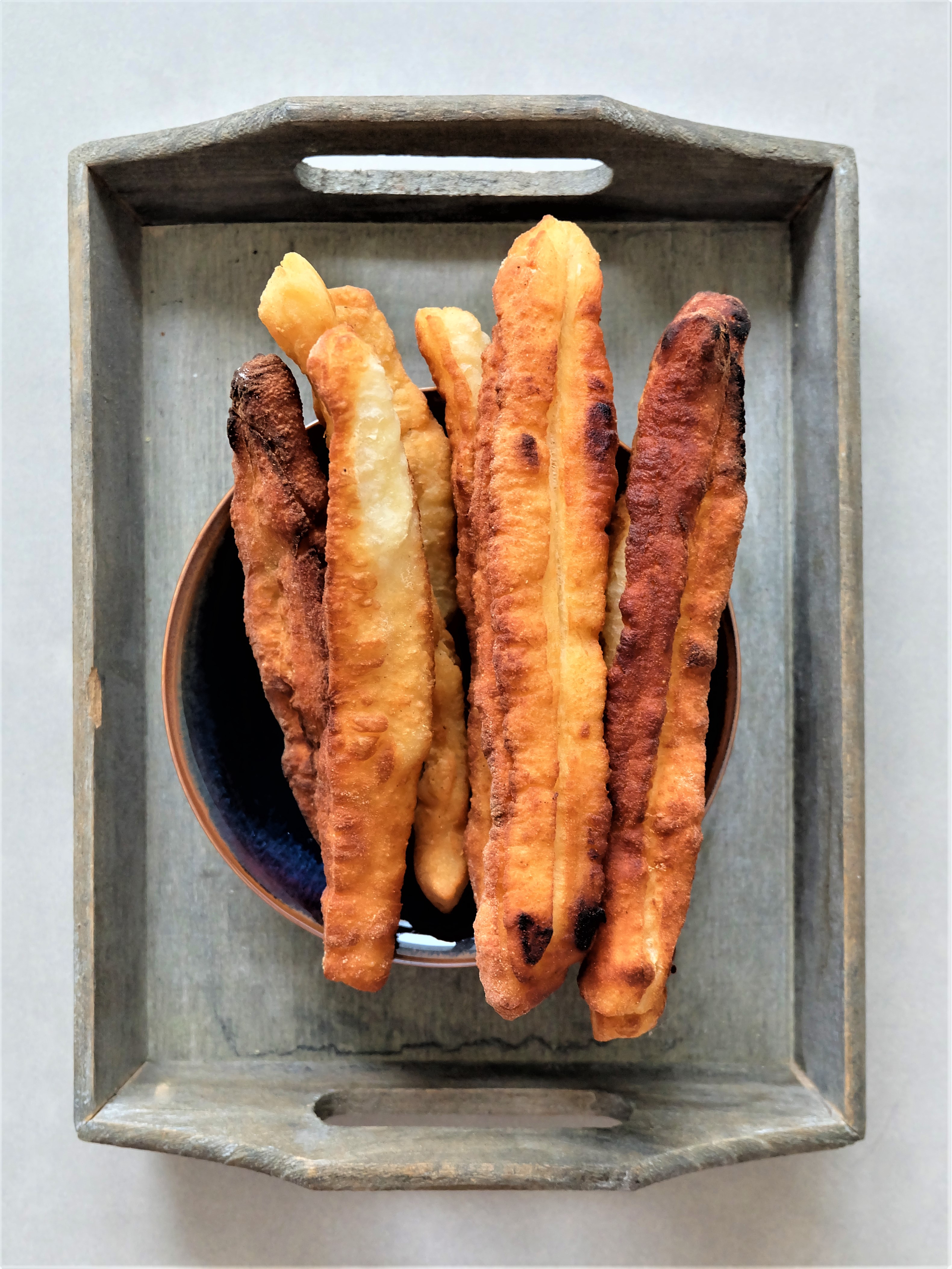